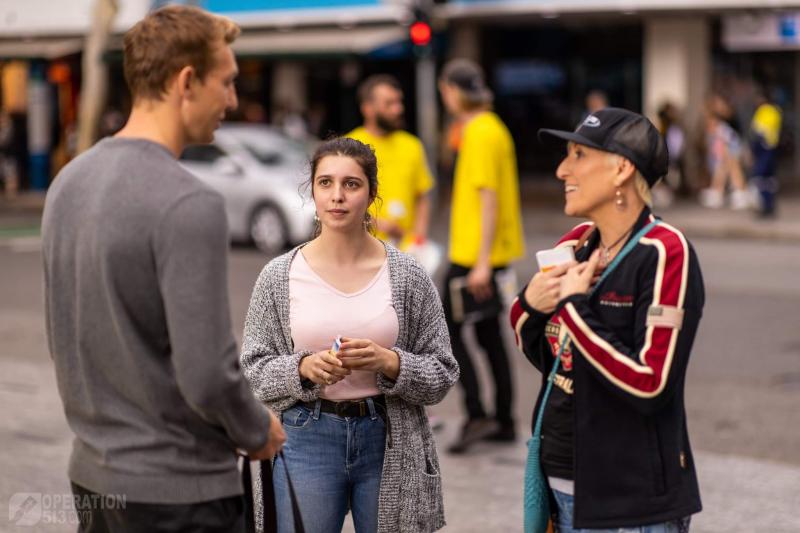 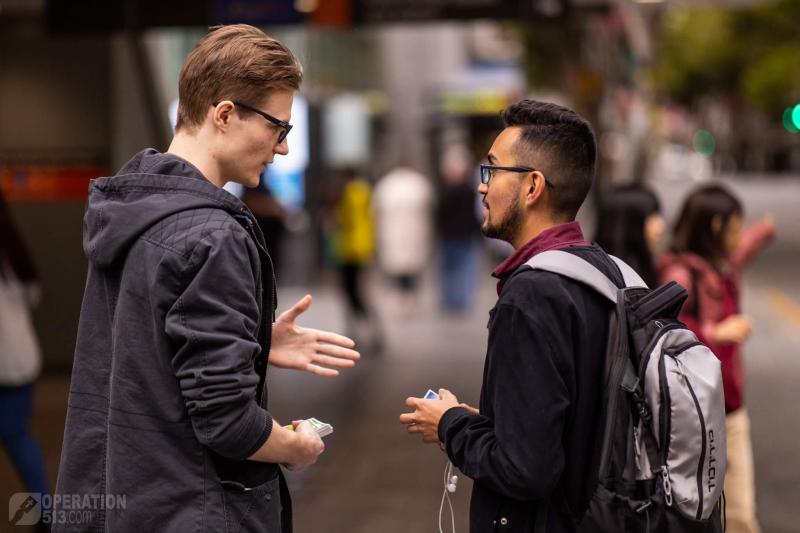 For the Ekka Holiday a team of twelve headed into Brisbane City on Wednesday afternoon to share the simple but powerful message of the gospel. The afternoon was filled with conversations and many people willing to chat!

An early conversation came out of nowhere as two young guys on scooters raced into the square. The pulled up and asked, "Have you seen any police around, we were being chased by some back in Southbank?" This was unexpected but the were told that none had been spotted but then they were asked a more important question, about the authority they cannot outrun, "Where will you spend eternity, Heaven or Hell?"

These two young men, Harry and Daniel came to see that they were in far more trouble than being told off for scooting in the wrong place, rather they had committed cosmic treason against the God of this universe and they won't be escaping His wrath on their own terms. They came to see that they were headed for Hell and were asked what the solution was. As usual they suggested some good deeds and maybe some asking for forgiveness but were shown that just as that wouldn't pay for a speeding fine, it won't fix their Hell punishment.

They were then shown the good news about what Christ has done and when they were able to explain back the way to Heaven they headed off with tracts in their hand and were encouraged to strongly consider it! A little later they headed on past and one of the guys stopped to thank the team for the conversation!

A following conversation was with a man who struggled with assurance of salvation but not because he wasn't trying hard enough, rather because he was trusting in how hard he tried to get him into Heaven. He was shown that Jesus pays for our sin, past, present and future if we trust in Him alone to pay for our sin! After a brief conversation he saw the beauty of this and was able to explain at the end of the chat the way to Heaven and was sure that he would be going there because Jesus paid for all of his sin (not just what he had done in the past).

The day ended with a surprising conversation with Abdulla. He was an Afghani who had a Muslim background but was basically living however he saw fit. He believed in God but basically lived his own way. He saw through the flip chart that he is in very serious trouble and if he dies as he is currently he is heading for eternity in Hell. He then was shown the simple message of the cross and how he can receive it by faith and was able to explain it back in his own words when asked. It was exciting to see that he came to understand it so quickly (which is very unusual for those with Muslim heritage).

At the end he was shown why Christianity alone is to be trusted, in that all other religions leave you guilty without anyone else to pay the penalty sin deserves. He was given a gospel of John, took a tract and was encouraged this day to trust in Christ alone for his salvation!

Please be praying for all those who heard today of what God has done and that they would come to trust in Christ alone for their forgiveness! Why not consider coming out next time there is a public holiday, to join with us in declaring the glories of our God and King! 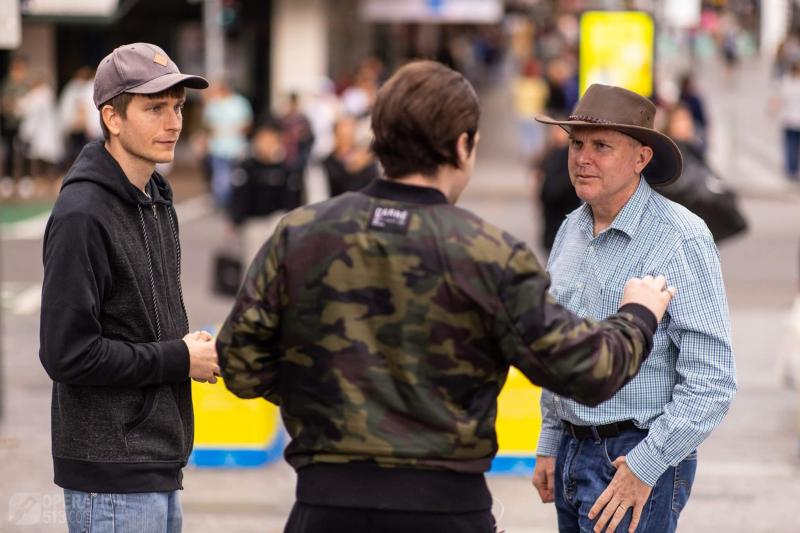 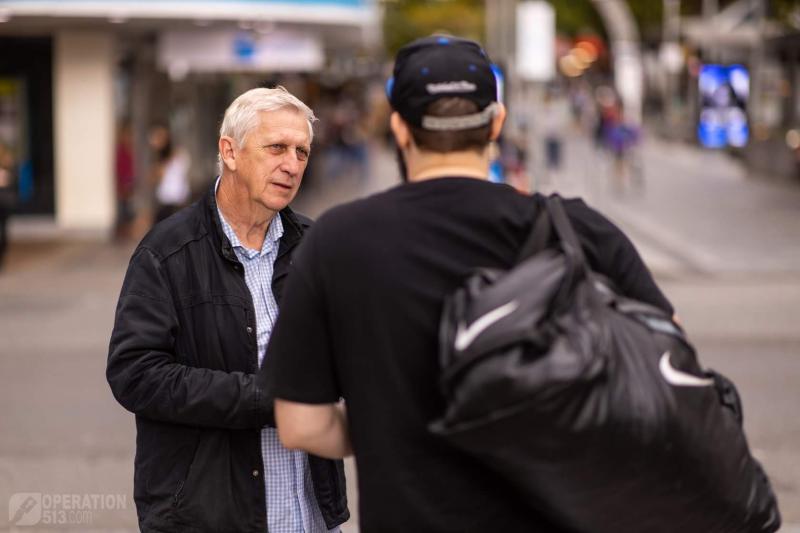 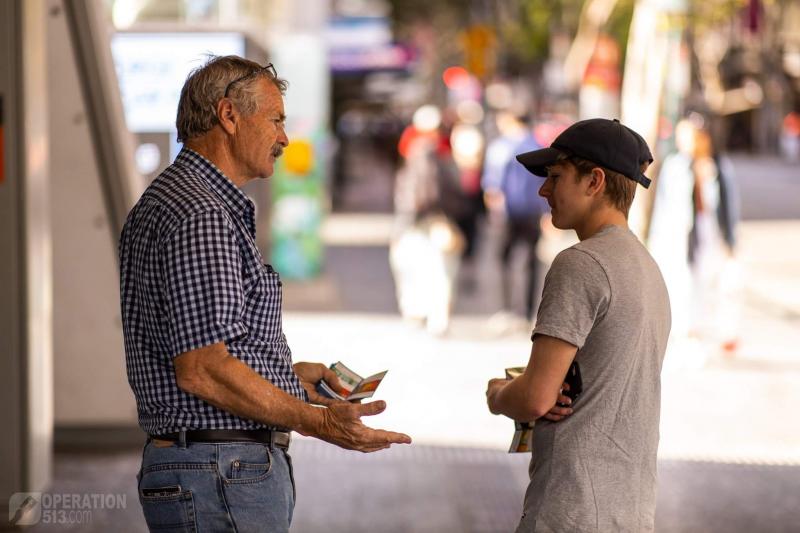 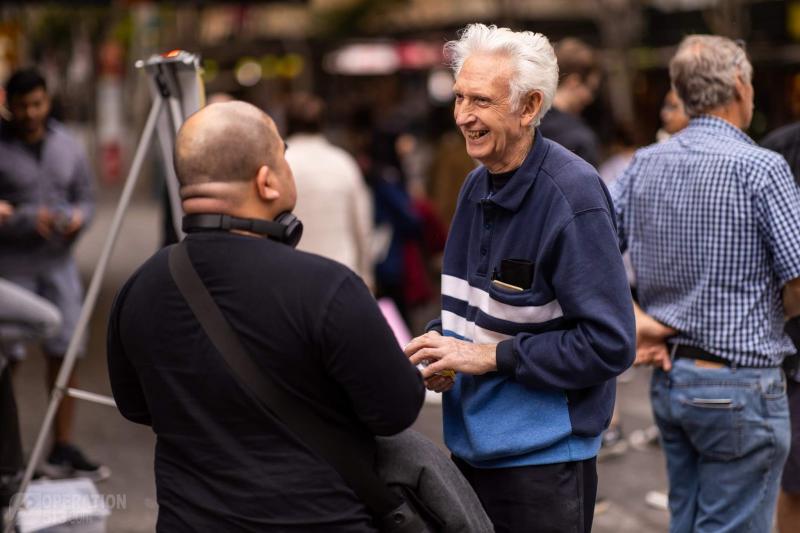 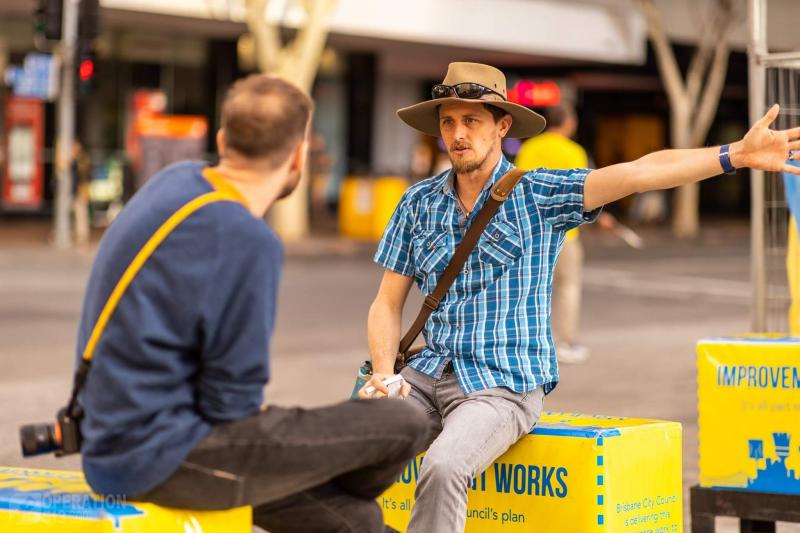 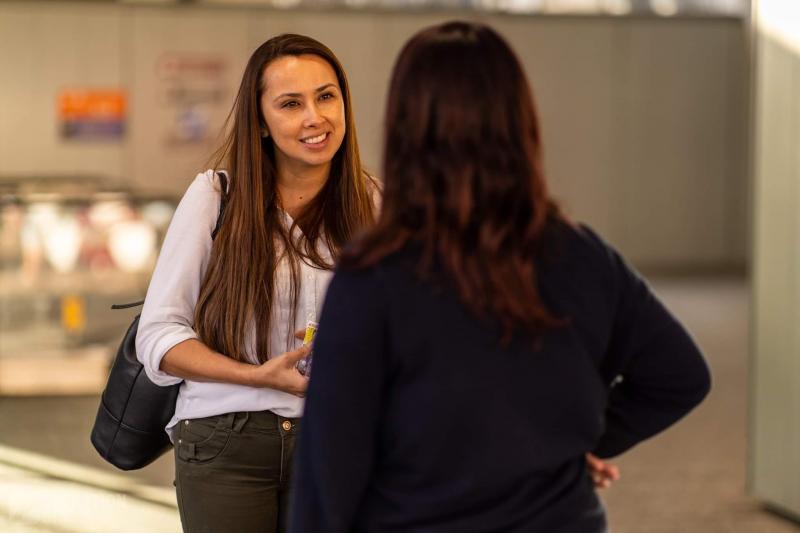