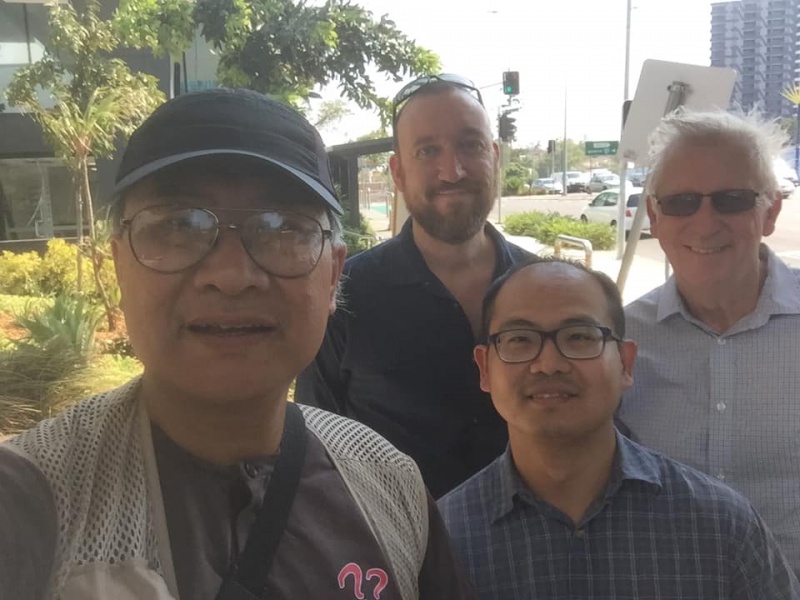 Today we had four team members to join. Although it appeared a quieter week as it is UQ graduation week and last week of school term so there might be still plenty of opportunities but not anymore next weeks onward. Someone suggested we can break from next week onward and resume sometime in mid January ready for the new school term. But Col and Gary opined we should give it a go at least for one more week.

Even there will be less UQ students but God's work is unfathomable. Actually, one of my divine encounter to day tells that God always has special work in people hearts beyond our comprehension that however need our obedience commitment to catch those divine kairos moment.
Today, all of us still have opportunity for reaching out. As for me, I had eight divine encounters on record as follows with 3 Chinese, 3 Aussie, 1 European, 1 Nepalese: -

1 & 2) One of the work here is to reconnect with people you had conversation before. So I reconnected with 王健明 of whom was talked up to by Winnie a month ago. I also reconnected with Joe the atheist. I believed these are part of the work of God to get them exposed to His work of grace through our ongoing contact with words of warm concern and encouragement.

3) Then I caught up with a first year UQ female student. She got a Christmas Message card from Col but did not stop to chat. Instead she kept walking to the Bus stop. I approached her with the Chinese tract which she willingly received and we started chatting.

I was amazed to find out that this was the first time she received a tract on the street. She told me she actually saw me and other OPN 513 people both in Toowong and in Sunnybank. However, she had all along been determined enough to keep rejecting to accept any tract as she was afraid to talk about religion and and heavy issues about life. Yet, miraculously, God opened her heart this time to not only taking our tract for the first time, but entered into a conversation withe me at ease. I was able to share full gospel to her.

But her initial question to me was that if we have got paid for doing this. I told here on the opposite, we have to pay buying tracts and volunteer our time to reach out to strangers on the street. I used it to demonstrate how a true faith will change our world view and value system to focus on eternal rather than temporal matters. I continued to share my own testimony how God changed my life objective guiding me to shift my priority from achievement of this world to accomplishment of God's work that would last in eternity. Our 15 -20 minutes chat was ended when her bus came.

4) Old Aussie man took my tract and was open to talk. Just only have time for a quick sharing of the nutshell of the gospel but our conversation was cut short by the arrival of the bus.

5) An European looked UQ student appeared humble to let me walk him to the bus stop and listen to the gospel but it was cut short by the bus.

6) I have another long chat with Joy from Main Land China. She first received a tract from Col and walked on to cross the road for bus to the city. I handed her Chinese Tract and successfully started a conversation. She listened to my gospel sharing with interest. Then she told me she became a half Christian through a Taiwanese Pastor in the campus just falling short of a Baptism.

So this was obviously an incorrect understanding that needs more clarification but than the bus came and I had to spent time to help her to clarify with the bus driver the way to connect her to Sunnybank as such our conversation had to end. I pray that her faith in Christ will be straightened soon by the grace of God.

7) Lisa an UQ student from Nepal. She was very polite to accept my tract and was cooperative to let me share with her the gospel. Again the bus came just too quick that I could only manage to share the nutshell of the gospel.

8) An Aussie girl took the tract and read it right away before the bus came. 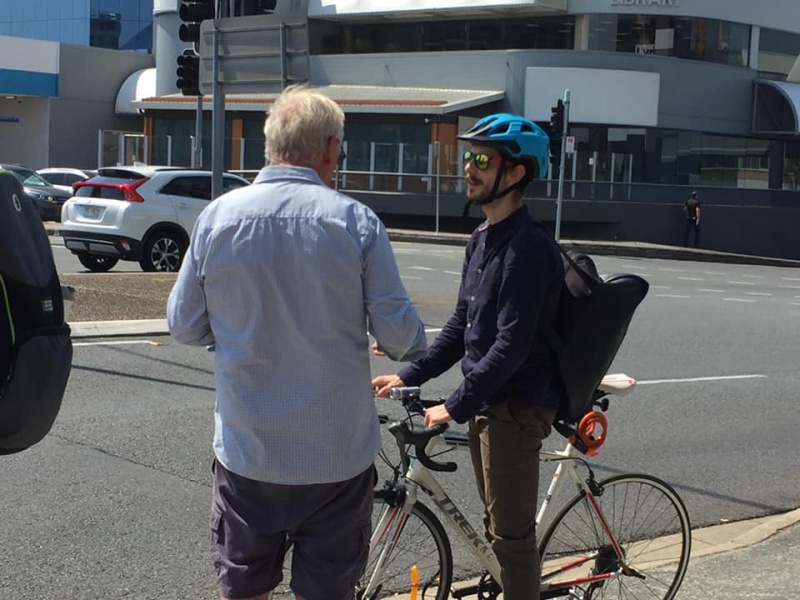 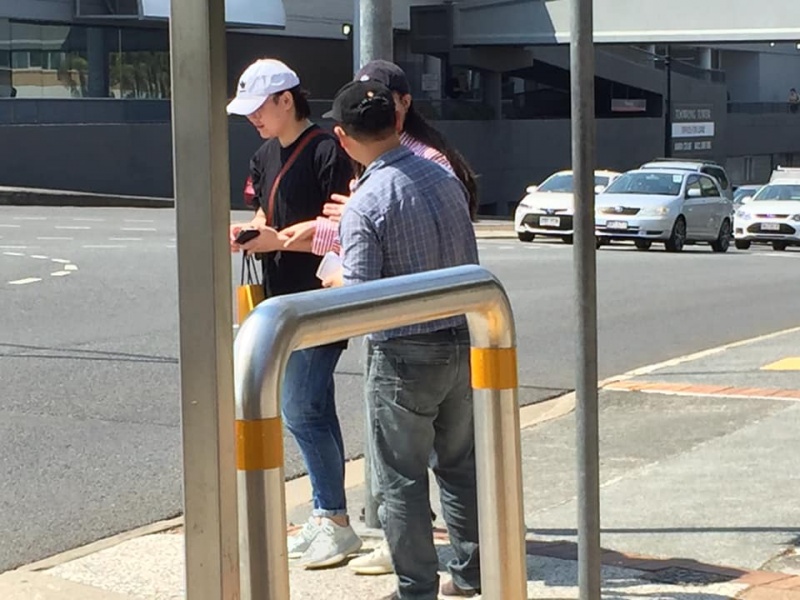 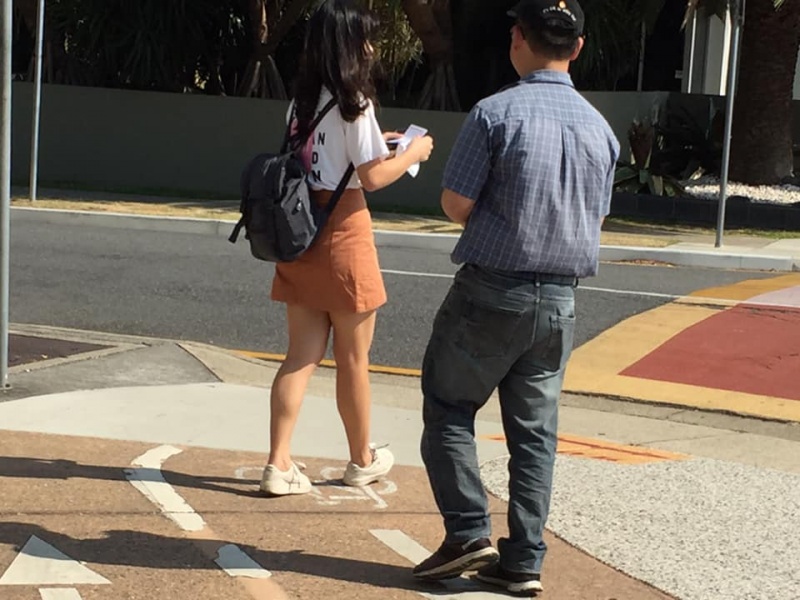 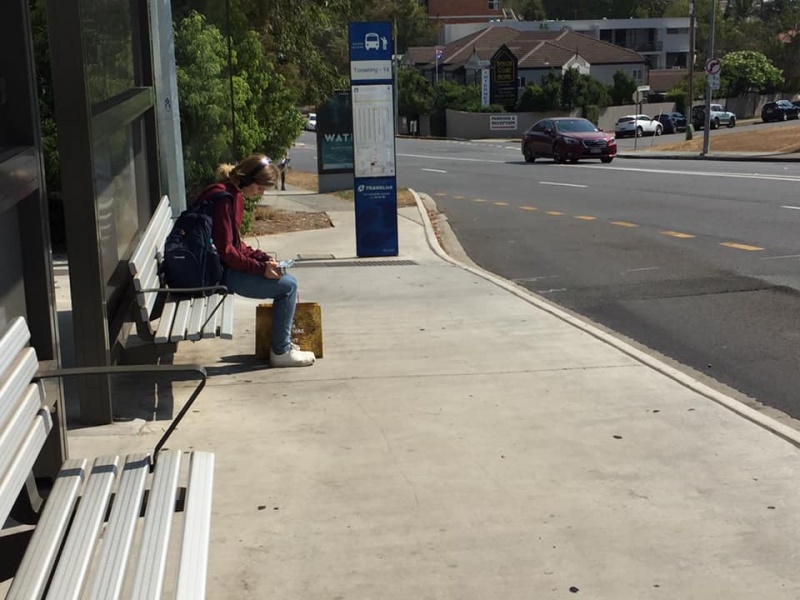 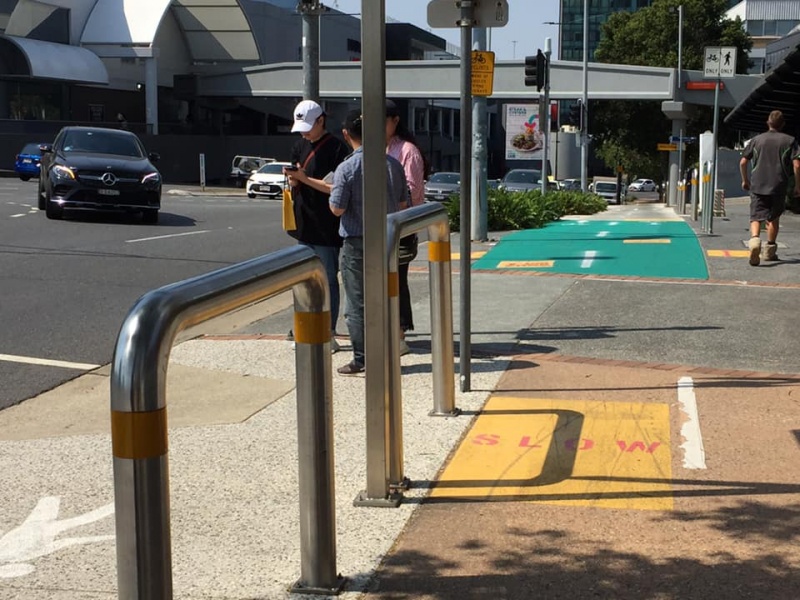 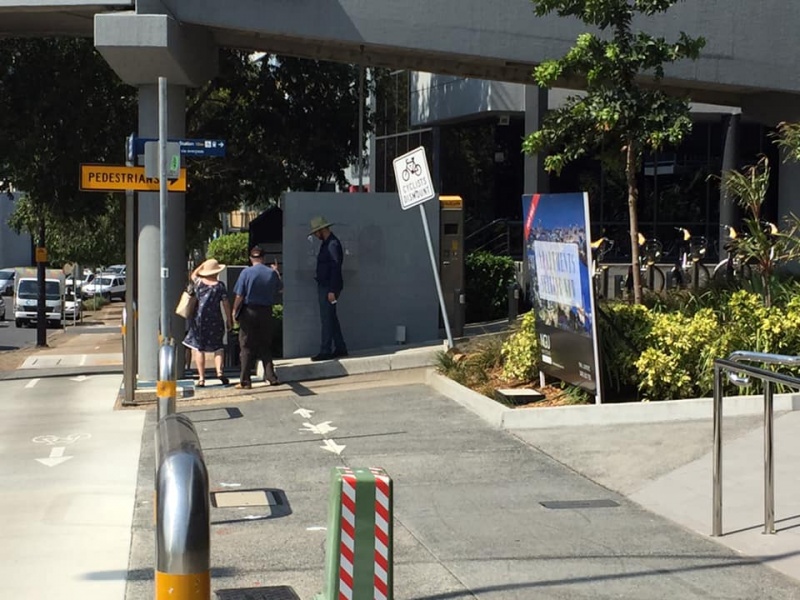