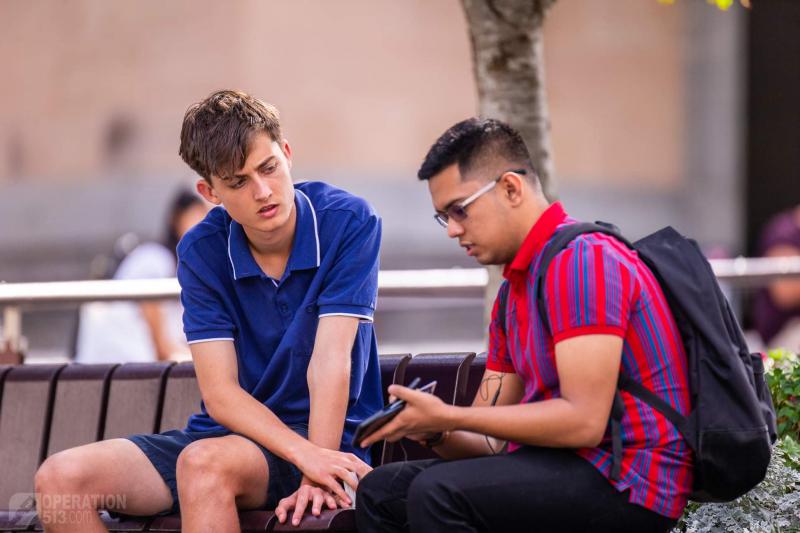 For the first outreach of the year the team headed back into Brisbane city for an afternoon of conversations. It was actually a harder afternoon than usual as many people were still exhausted or hungover from the previous night, rejecting chatting because of their physical state. But after a number of attempts to engage in conversations, Fran was willing to chat.

Fran at first said that she thought she was a Christian and hoped she would go to Heaven but was unsure because currently she was living in sin. The first point of call was to make sure Fran was clear that our right standing before God is entirely on the basis of faith in the person and work of Jesus. Once Fran came to grasp that it was important to clarify what the life of a Christian will look like and how it will change. It was pointed out to her that although she knew the infomation about Christ, she didn't seem to be trusting in Him.

There was this moment late in the conversation were she visibly was moved as she had something to share and she started sharing her story about life decisions and current circumstances and the wrong things she was doing and why she was still living that way but she then finished her little story by saying, "Over the past few weeks I have really been feeling uneasy about my Christianity and a couple of days ago I prayed and asked God to send someone to talk to me about this!" The best part is that Fran doesn't even live in Brisbane, she had just come up for a visit for a few days!

God had answered her prayer and she left with clarity on the gospel, the realisation that upon beliving that Jesus had paid for her sin things in her life will change very significantly and took a gospel of John and was encouraged to start reading. Please be praying for Fran, that God would radically change her life, beginning from today, 1st Jan 2020.

This was followed by a converastion with Phillip an African man who was quite convinced that salvation was on the basis of faith and works. He rejected that salvation is a gift despite many simple displays and then was asked to read Romans 4:1-8. He read it and didn't argue again. It was amazing, this man respected the Bible as the word of God and instantly upon reading and understanding that righteousness is apart from works, he believed that. He then came to grasp the role works play in the life of a believer and said that it all made sense. He said he was very thankful for the conversation and was quite sure that eternity would be different because of this chat.

Praise God for such a wonderful beginning to 2020! There were a range of other conversations that took place but what a joy it is to see God answering prayer and working in people's lives through simple conversations had in a public square in Brisbane. Why not consider finding a team near you, coming on out and letting God glorify His name through you? 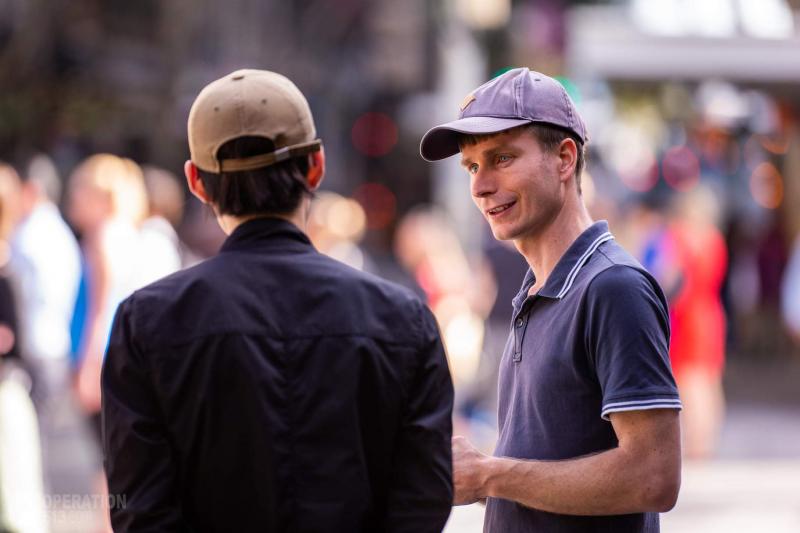 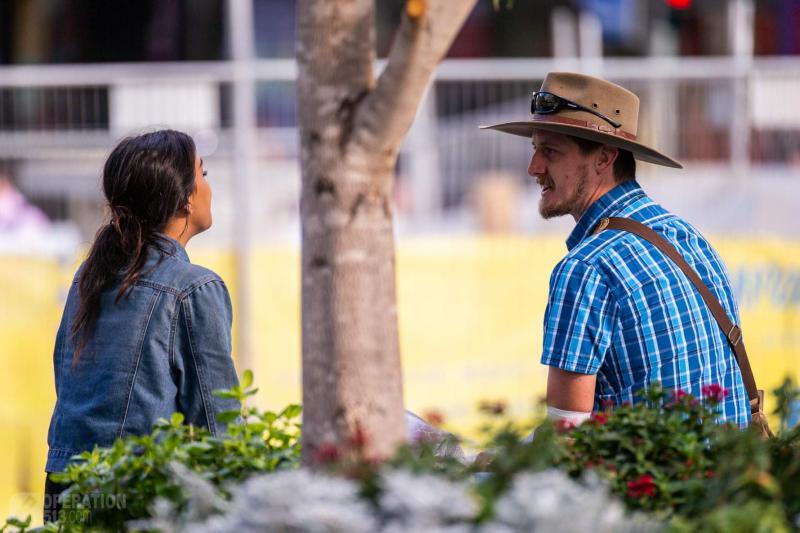