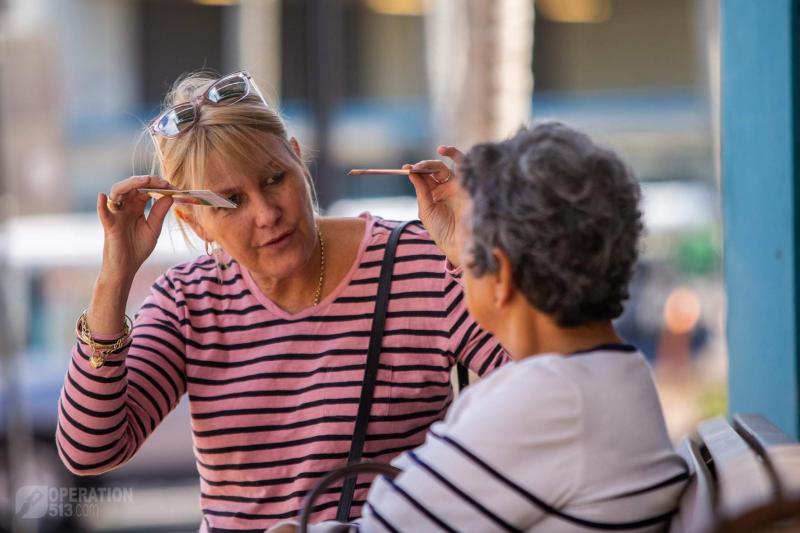 On Monday the team headed back out to Capalaba for the first time this year and had a great afternoon. The team of four saturated the bus stop as there are still fewer people around than normal but overall it was a good afternoon of outreach.

An early conversation was with a lady named Hannah. She came to see God's existence and that because God is good there must be a day of judgement. She was then unsure of what hope there was and came to hear of the good news but then she was hesitant to believe in it because she didn't want to be reliant on someone else. She was shown that the reason people don't want to trust in Christ isn't honour but pride. It is because we think we have some ability to be able to get to Heaven ourselves and therefore don't want help. But when we come to see how desperate our position is before God, that without Christ we are destined for eternal punishment with no escape, then it makes sense to rely on the one who has the ability to save us. She was challenged as to what she will do with this good news and whether she will start trusting in Jesus to pay for her sin or will continue to rely on herself.

There was a young couple who were out for an afternoon of fun and had an opportunity to chat whilst waiting for their bus. They came to hear and grasp the simple gospel but encouraged one another away from believing in Jesus Christ because they wanted to live their own way. It was sad to see their rejection not knowing the moment they will pass from this life into the next.

There was an encouraging conversation with a lady who at first was a little ashamed of her Christianity but as we chatted she opened up and said she wasn't sure about whether or not she was going to Heaven but she knew the simplicity of the good news and was asked a few simple questions to help her realise that entry into Heaven isn't on the basis of her strength of faith but on object of her faith. She could be certain that she would enter Heaven on judgement day because Christ has died for the payment of her sin and is gloriously risen verifying that He is who He claimed to be.

Overall it was an exciting afternoon with a range of other conversations taking place. Please be praying that God may be working in the hearts of those who heard that message today, drawing them to Himself!