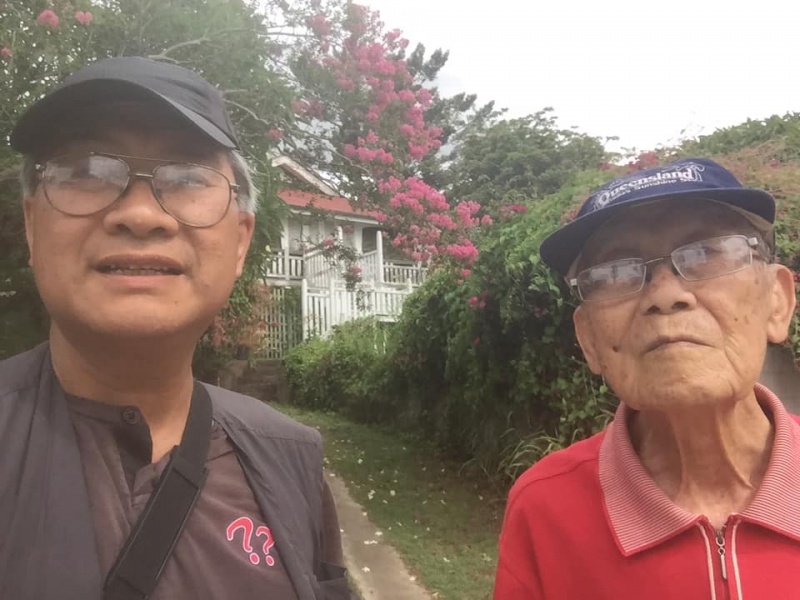 I was seriously held up by traffic jam caused by a serious accident on M3 as such I arrived only after the team started. There were five persons serving today, namely Capetian Johnny, Col, Kiateck , Yuen Han and Hung. Johnny chose to go to the main entrance side of Toowong Village and served at Sherwood Road while all others still took our position on the Benson Street front with Kiateck later changed site to the Eastern corner of the Toowong Village.

No matter how, we all were still blessed with significance conversations with our Gospel sharing targets. Our fresh blood sister Yuen Han was doing very good since day one. Today was her 2nd participation and she could still mange to get many conversations though many rejections as well. She will have a separated post of sharing later.(*)  Col got three consecutively long conversations particularly the last one with a young Aussie girl. As for me, despite my late arrival, and walking around to check on team mates status, I still got 5 divine appointment to chat as recap below: -

1) While checking of the status of Yuen Han, with her haring with other person at the bus stop, I took the liberty to share with two young Aussie Girl Seth and Natalie. They looked a bit funky but turn out to be two willing listeners. It was the first time for both of them to hear the Gospel and they find it sensible and logical to get saved through Jesus and Him alone. Pray for God's continuous work on them.

2) Then I caught up with another local Aussie Steve. He is a rational man who knows the Bible a fair bit but missing the point of salvation by grace through faith alone in Christ. Through his fragmented understanding of the Bible, he has utterly no assurance of salvation and wonder how the sins of every one can be forgiven. It was a pity that I could only rush to explain that only through the atoning death of Christ that the punishment of our sins can be taken over by Christ as such we are all pardon to become right with God again regaining our lost heavenly citizenship right away with 100% certainty through accepting Christ as our Savior and Lord of our born again new life.

3) After that I walked up to look for Johnny with Kiatecj who felt like switching place across the road back to the Shopping mall side. On the way, I handed a tract to An Aussie skinny lady. She accepted it with reluctance and hurried off to her errands.

4) Afterwards, when I returned to check on Yuen Han, I followed up on Matt an old Aussie man who had received a tract from Yuen Han but did not stop. Again I got his permission to walk him to the Shopping mall across the foot bridge. He walked very fast despite of his heavy body, so I had to speak with faster pace to finish the gospel sharing just upon our entering to the shopping mall. He anyway still thanks for my message and hopefully it will has God's impact in his life.

5) Finally, Han a Malaysian Chinese old man was first rounded up by Col. But Mr Han speak no English, so Col refer him to me despite it was already time for us to go to do our closing prayers finishing for the day. I chose to stay behind and quickly found his family has Christian background in the older generation. And Mr Han appeared very interested to start pursuing God even as this old age. He recognized the CCCB St Lucia Church which is close to his home in St Lucia. I pointed at Kiateck across the street and took a photo with him so that Kiateck know to follow up on him when Mr Han really plan to attend CCCB St Lucia. So God timing is always the best, not too early and not too late for us to get connected with needy lost souls.

This time I could only share the good news with two people, few of them were happy to receive the tracts and some of them even refused the tracts. I thanked God that I could have the chance to be involved in the Street Evangelism. 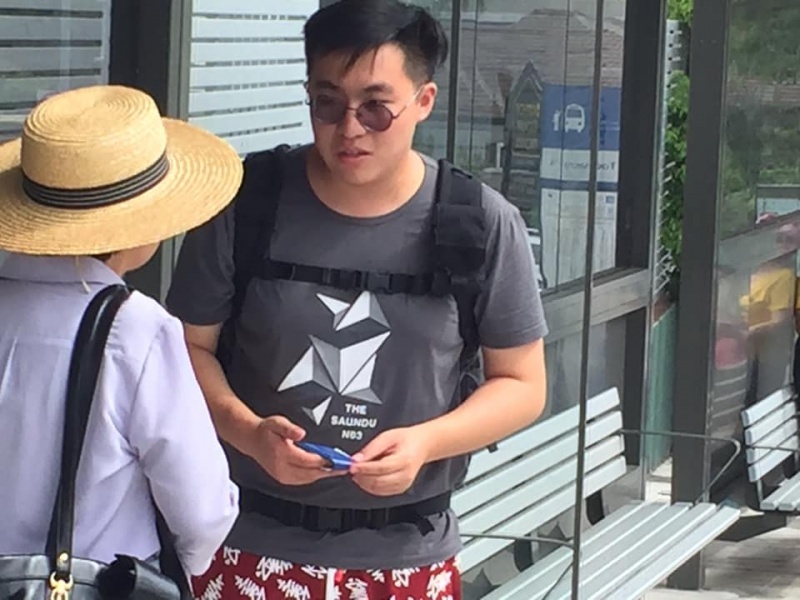 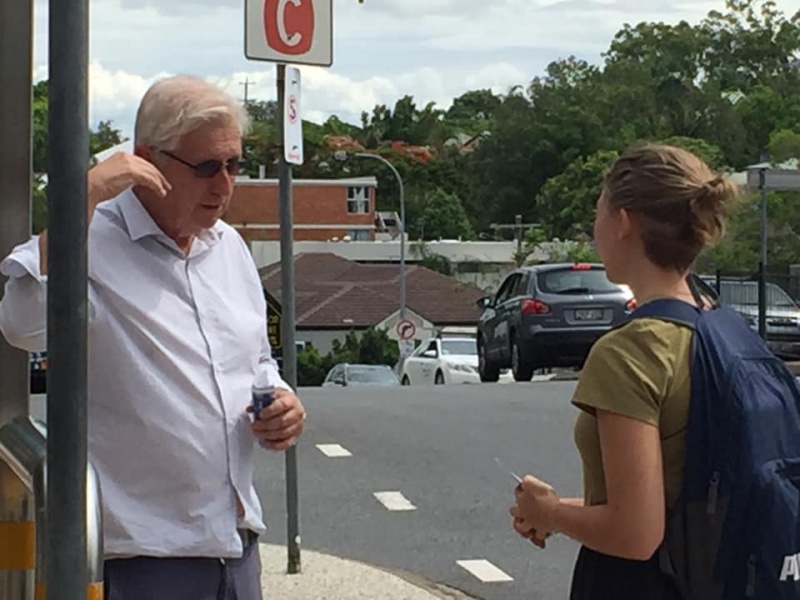 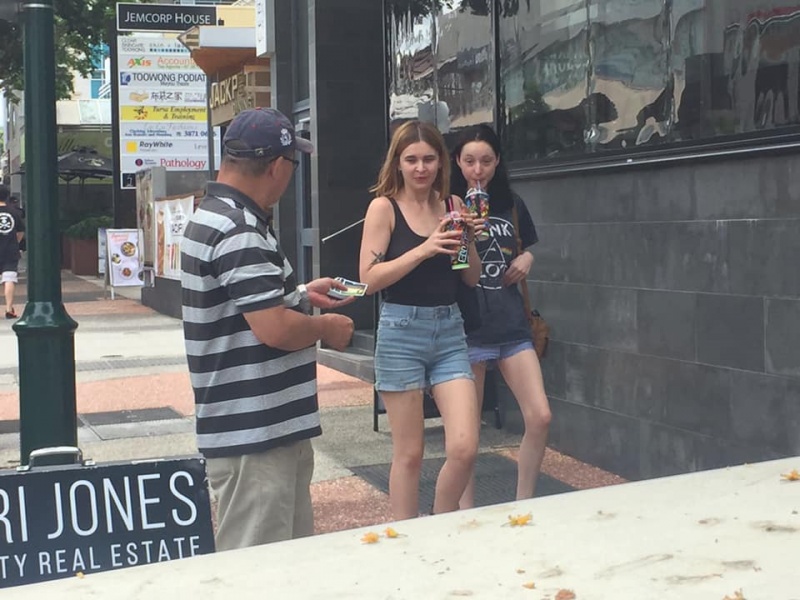 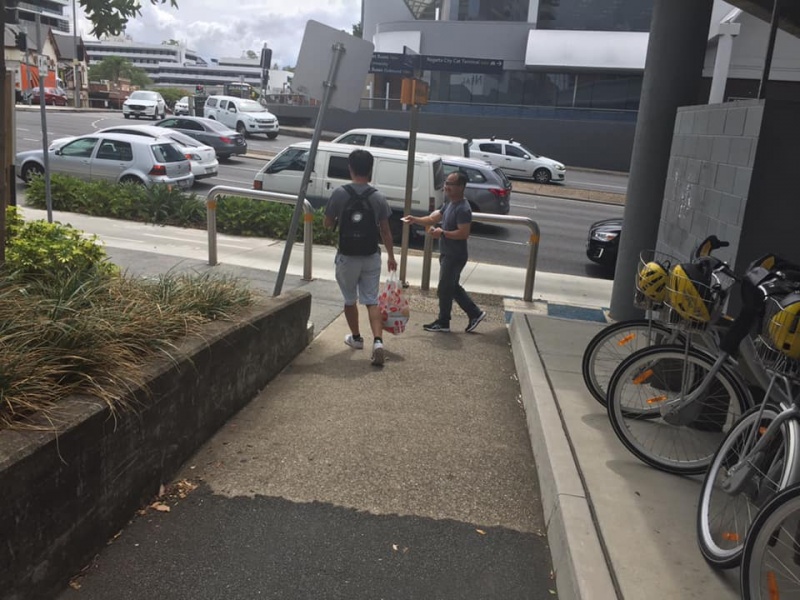 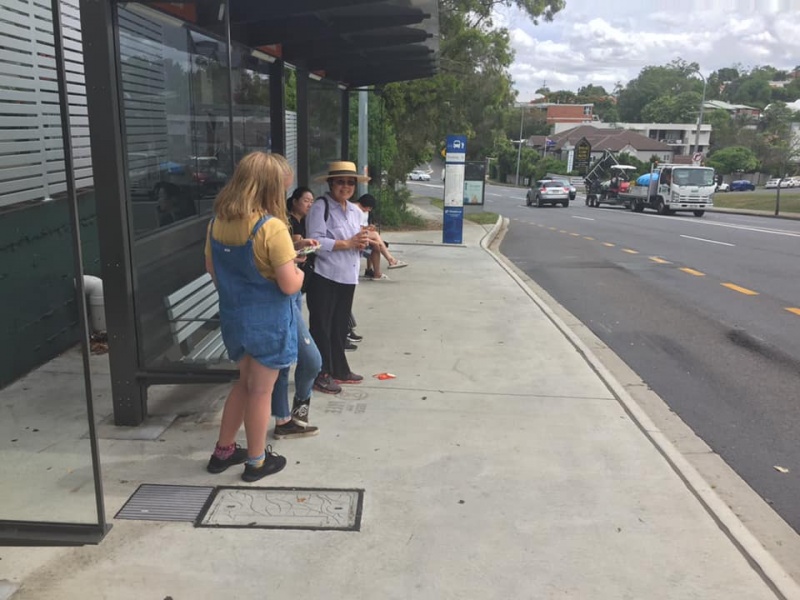 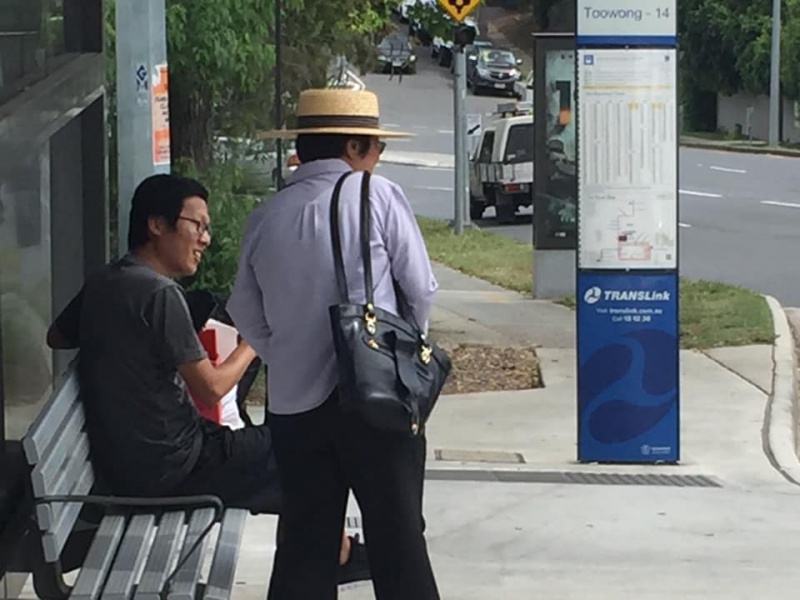 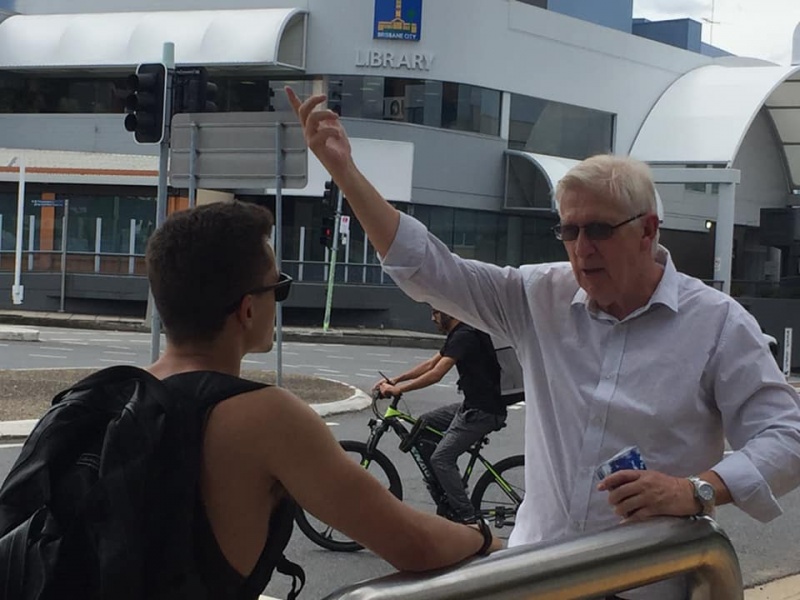 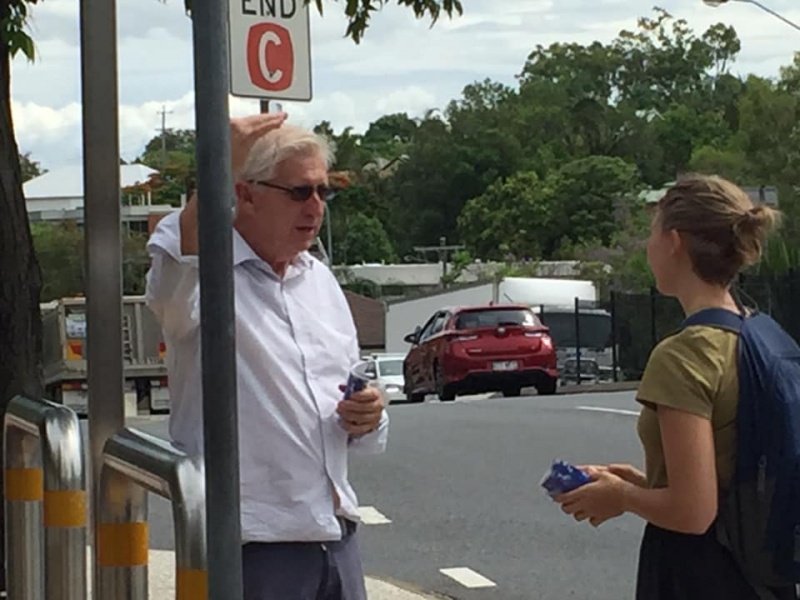 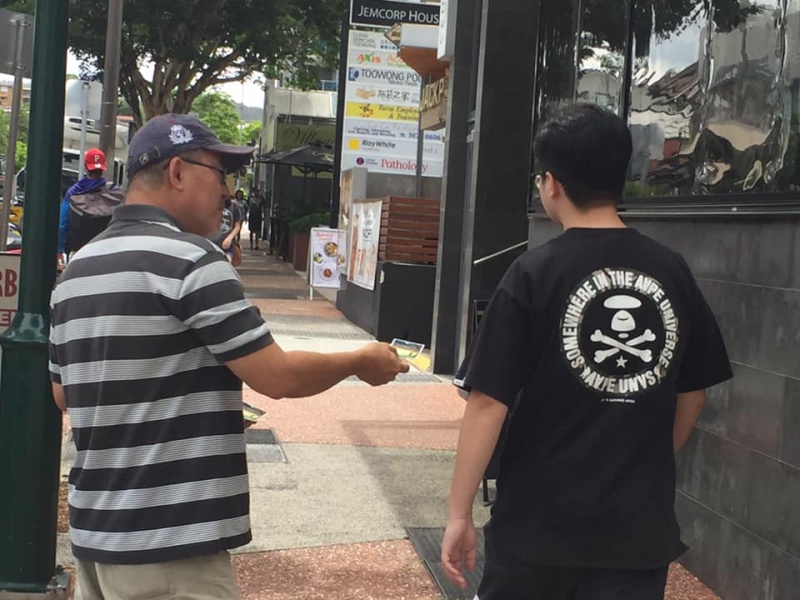