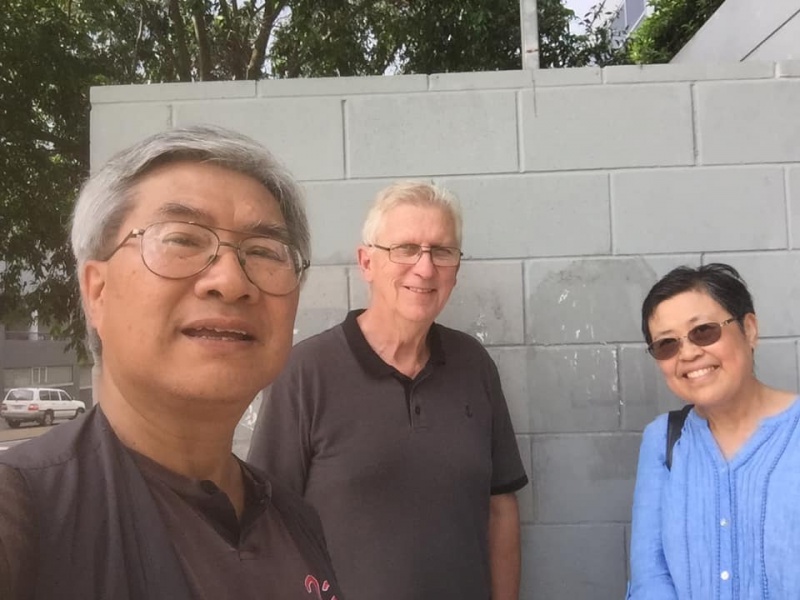 Amidst the severe threat of the Novel Coronavirus in Australia, God grace was sufficient still for the three of us , Col, Yuen Hang and Hung to report duty at Toowong. Many students have returned though a large number of them from China have also been blocked from re-entering Australia if their travel began at any city of China except Hong Kong. The spread of the virus has been well contained and remains at the level of 15 for a few days. So the real threat of getting infected is greatly minimized. But the real obstacle has never been the virus but the sin of rejecting the work of God and the Spirit that have led many of them simply rejecting to take the tract, throwing it away once found it is about Christianity and avoiding our approach for a chat. This phenomenon is particularly obvious on the young generation who are well brought up from family of affluence in the urban area. It applies both to local Aussie , Western and people from Mainland China. But I observed that people from the country rural area and those of other religions background are more susceptible to listen and receive the gospel well. Anyway , in His time and in His way, God used us again to reap several fruit of the gospel after many unsuccessful trial. It was again yet another great lesson for us to realize who is the ONE working behind and we are just a bunch of undeserved vessel being used by God to do His work.

As for me, with a number of contacts in collaboration with Col and Yuen Hang, God gave me 8 divine appointments as recap below.

1) A couples from Taiwan who claimed to be Buddhists appeared very well informed of doctrinal truth of both Buddhism and Christianity. So they very likely are the people of a Cult that has embraced and integrated all five major religions. They knew Buddhism has no God and is just away to transcend one self to reach the Nirvana status aka becoming a Buddha. They knew about Jesus as His work to come to die for us, but still have fallen short of understanding that through His sacrificial death our sins can be pardon and be reconciled with God as His children and people.I walked with them to another bus station and just finished in time to share the gospel. Pray that it would be used by God to further His salvation plan on them.

2) An Aussie girl looks like this one in the picture on the bus let me walk with her to share the gospel , yet the bus came a bit too quick yet anyway the nutshell of the gospel was shared.

3) A local Aussie man on the bike but appeared to be an Atheist. He does not believe that human need to reach perfection and does not admit human have sins. He anyway rode way with an arrogant attitude though still accepting all my tracts. Pray that they will be used by God to break down his heart of iron..

4) Breea , a country girl from Ipswich of Catholic background, who was humble and nice enough to let me walk her way back home. She has limited knowledge of God and the Bible though she still consider herself a God follower. She certainly has no full idea about salvation as such also did not have full assurance of salvation. But she finally came to her understanding that through Jesus redemptive work dying on the cross, whoever accept Him as Savior and hence the lord of their lives will be saved in a sense of reconciling with God and regaining the lost heavenly citizenship with 100% certainty as it was completely the work of God , none of our good deeds count,

5) An UQ student from Bangladesh got pass Yuen Hang unaware of her tract, but the Holy Spirit told her this Muslim background looking person was approachable. She suggested me to approach him and really he was a man of open heart appeared very willing to listen to the gospel and in agreement of it. It was a pity that the bus came to cut our interactive conversation short. Pray for God's eventual work on this man.

6) A deep soul searching talk by Col with Mitchell who is of Catholic background family but not yet a Christian. He is a from Northern Queensland to come to study at UQ. His country boy background made him very friendly and approachable. Col was just used by God to be the light of his feet bringing him one step closer to profess the true faith in Christ. I anyway joined in at the end, encouraging him to get connected with Power to Change once he decided to receive Christ and to start his journey of sanctification.

7) Morten a local Aussie Christian yet unsure about his salvation because again of his Catholic background accepted my clarification of salvation by grace through faith in Christ alone as such he has now professed the pure faith with hundred percent assurance of his salvation regaining his heavenly citizenship right away simply because of his trust in Christ taking his place for punishment of sin. It was all done just in time before the bus arrived.

8) An UQ student from Yunnan雲南, China called Xi 席appeared very receptive and humble to let me walk and talk with him about the Gospel. He was interested to pursue God as such I refer him to contact Power to Change once he decided to receive Christ as his Savior. 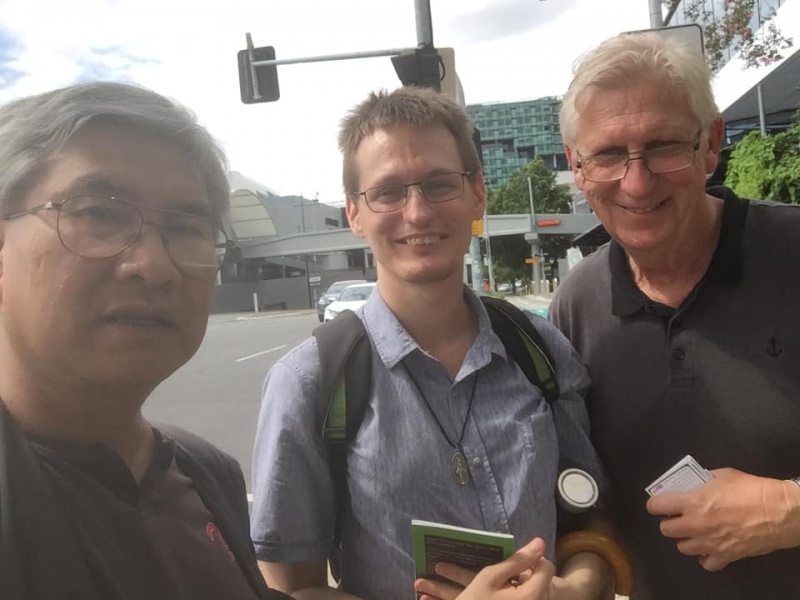 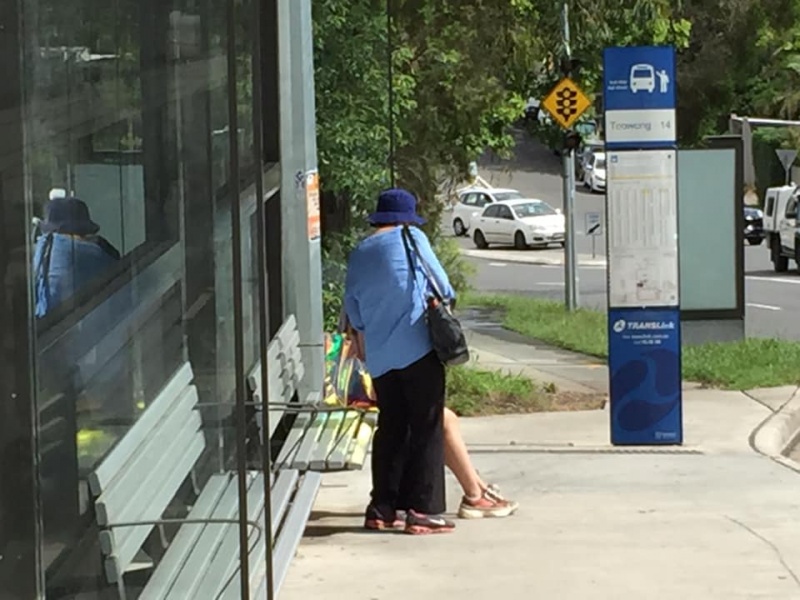 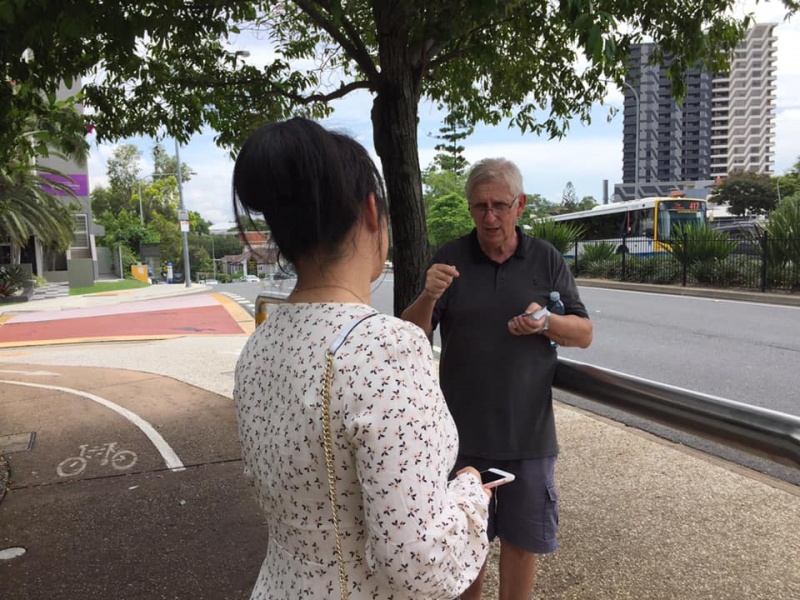 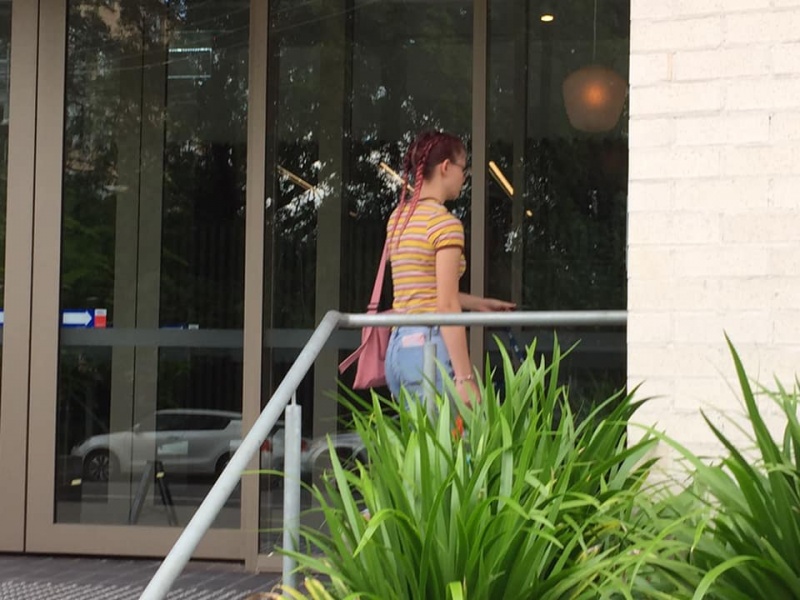 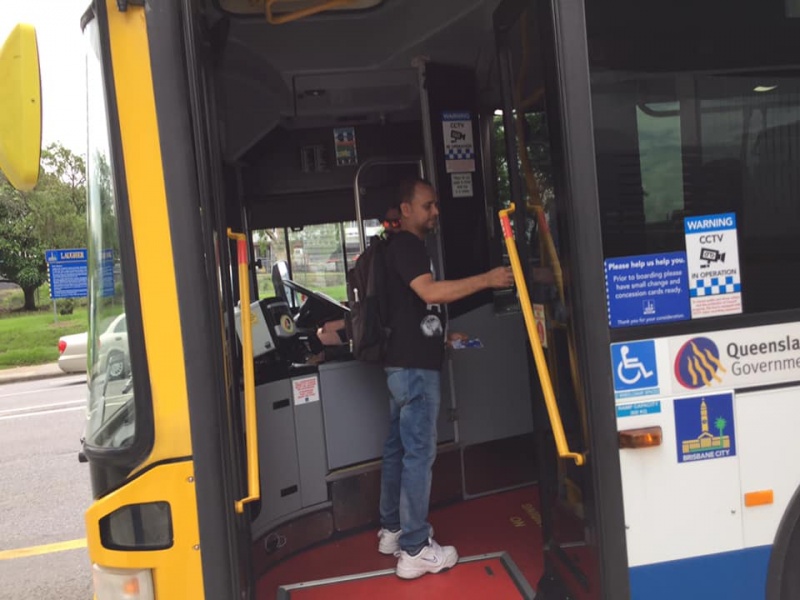 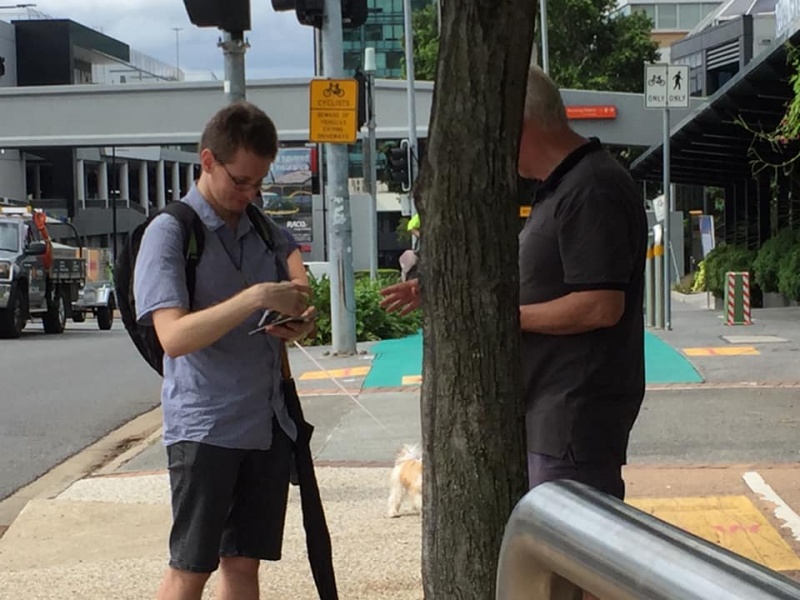 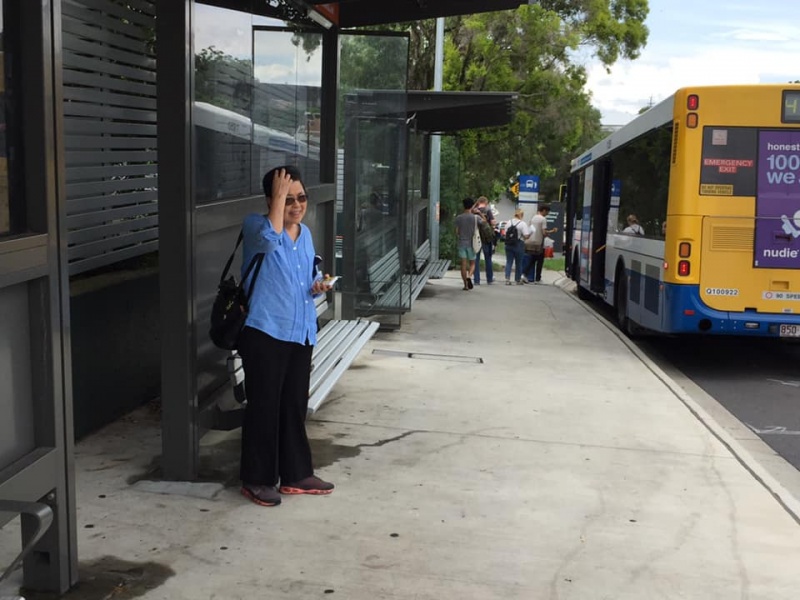 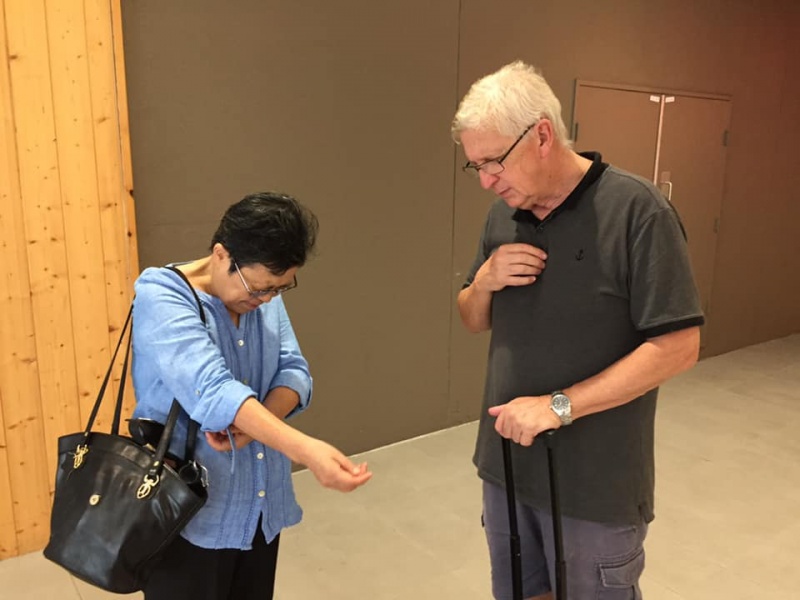