It was special Saturday

, because by God’s grace we have done LETTER BOX outreach which included Corona Virus Gospel tracts with ‘life is precious’ (Abortion) tracts. God has faithfully called 4 labourers. We decided to go to CLIFTON HILL as it was known as the most unreached suburb in Melbourne. It was such a joy as we prepared together the Corona Virus gospel tract as it required folding.

We separated into 2 teams so that we can reach as many houses as possible. Personally I was expecting good conversation with people as it was really quiet day due to corona virus hysteria but God has so graciously gave me few really good interactions with group of people.

As I was putting gospel tracts into the letterbox I could hear upbeat songs played in one of the house and there was group of young adults enjoying the BBQ in their garage, I asked them If I could give them the gospel tract and asked them a question and one of the guy showed interest and allowed me to do so. As I asked “what do you think happens if you die tonight?” and they responded “that is actually really deep question” so I shared the gospel with them taking them through the law and the gospel as I was sharing they had some common objections but they listened really carefully. Ade was the name of the guy who show genuine interest please pray for him and his friends as you are reading this.

I and Jack met a lady called ‘Imagine’ she was chilling at the back of the street we handed out gospel tract and abortion gospel tract. She told us she does not have standpoint on abortion yet and she promised us to read the tract and think about it. Please pray so that Imagine will repent and put her trust in Jesus Christ and through this let her heart be changed and realise that the baby in the womb regardless of how old they are, they are precious living human being in God’s sight. 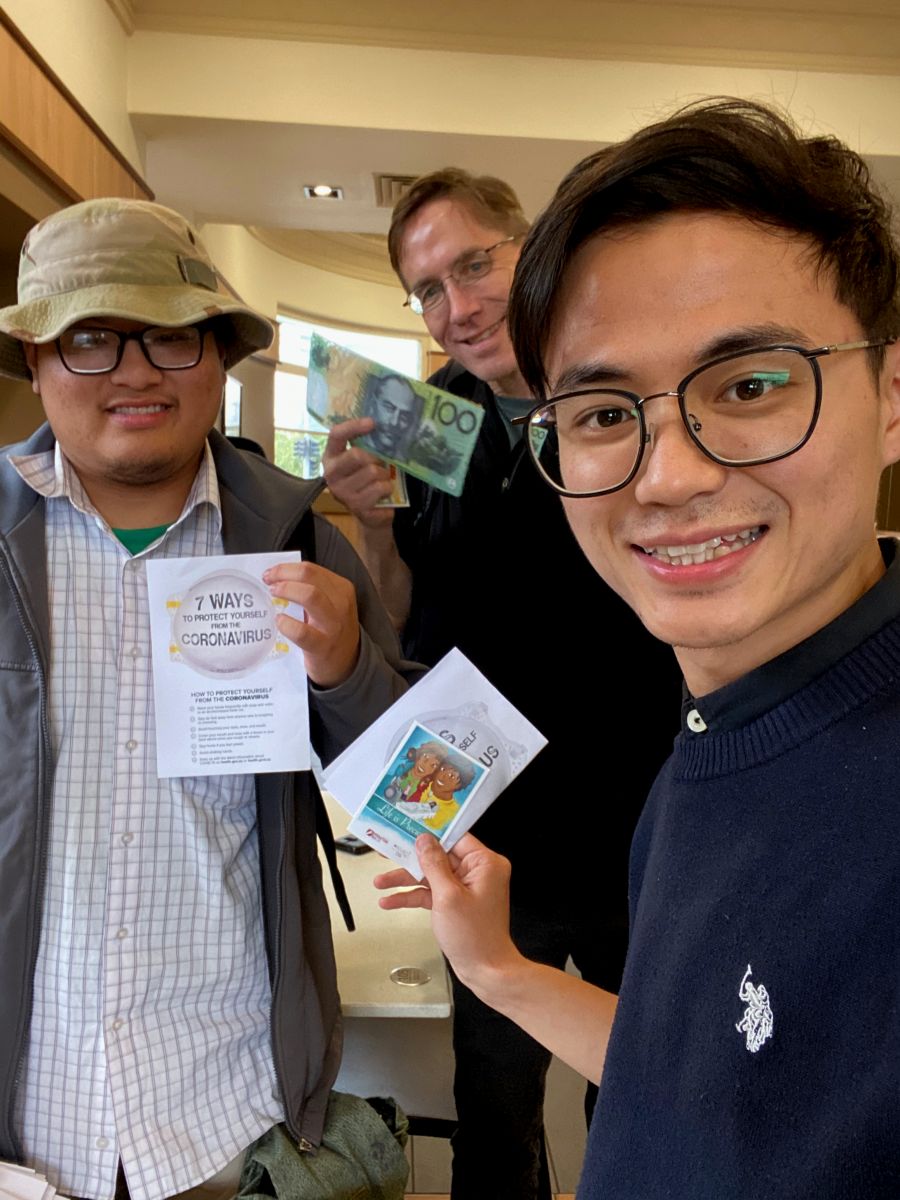 s Greek Orthodox and that if she does good things she will go to heaven so I shared the gospel with her it seemed she was surprised and little bit offended but she listened till the end (and even her daughter listened to it) please pray for them !

Lastly, I met old lady in the street and as I questioned her eternity she showed interest but she was really offended with the idea that in God’s standard we are wretched sinful being and she said “ you lost me there” just before she was about to leave I could share the gospel because we are utterly helpless sinful being Jesus Christ came and died for our sins and rose again.

Please pray for her as you read this

On this day’s letterbox evangelism, before the evangelism even took off, I handed out the Corona Virus tract along with the abortion tract to a group of young men as they were sitting in MacDonalds. During which, the young man by the name of Noah stood up and came to talk to me and stated that he knows that we are Christians and realize what we were preaching, he was Muslim. Since he is a Muslim, I asked him if he believed in sin? He replied yes. I asked if he had sinned before and went over the commandments, he said that it is true he had sinned. Since he is a Muslim, and since he agreed that he was a sinner, I asked him, what can wash away his sins? I asked him since he was a sinner, what can atone for him and appease the God of the universe that demands perfection? The man said that he will do good deeds such as repent and 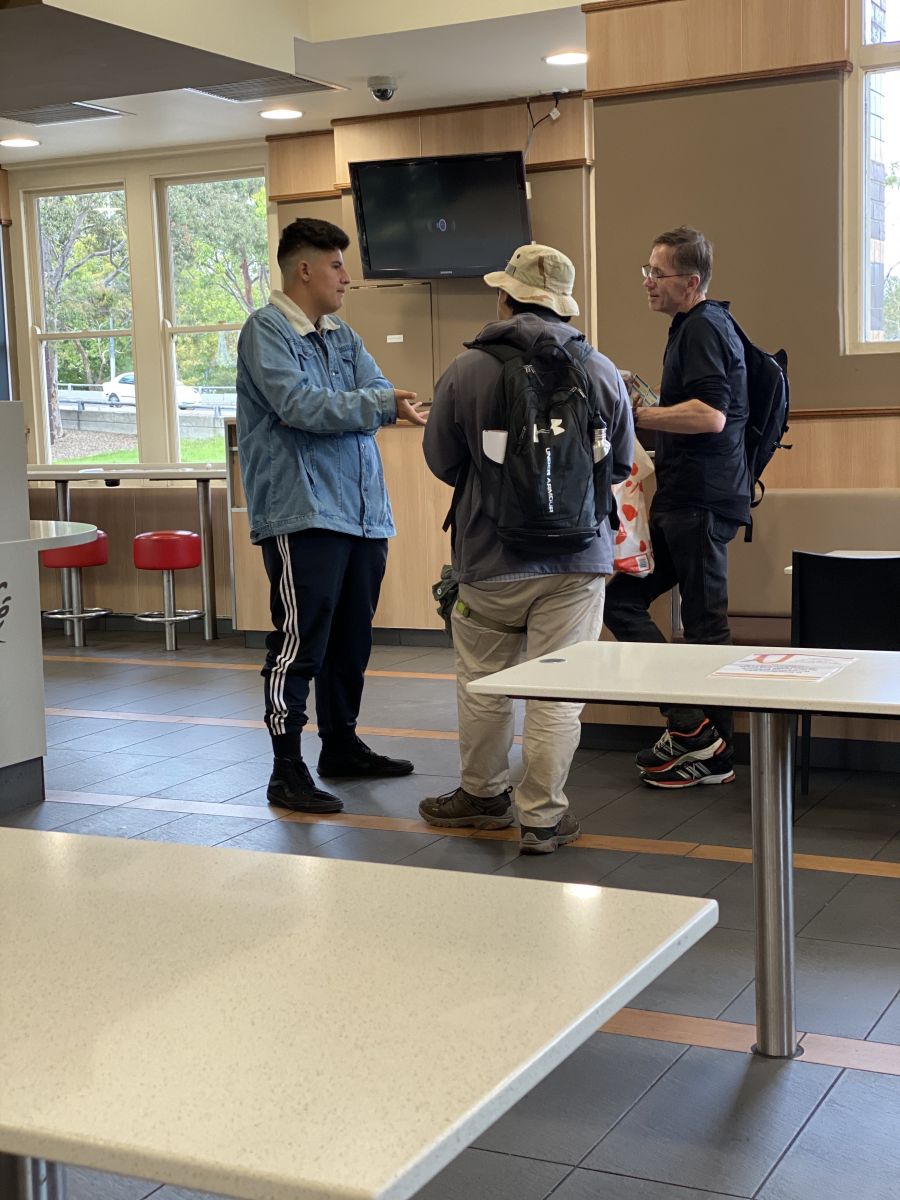 so forth. I asked if he believed the Qu’ran, and by that extension, the Bible? He said yes. I then stated that the Bible said his righteousness is like filthy rags, so all of his good works are no avail. But though he is a sinner and nothing can wash away his sins, and all his good works are no avail, Christ has died on the cross to offer his perfect righteousness to all those who believe. He was very attentive, he understood the Gospel very well. Please pray for Noah and his friends that they might repent and believe. 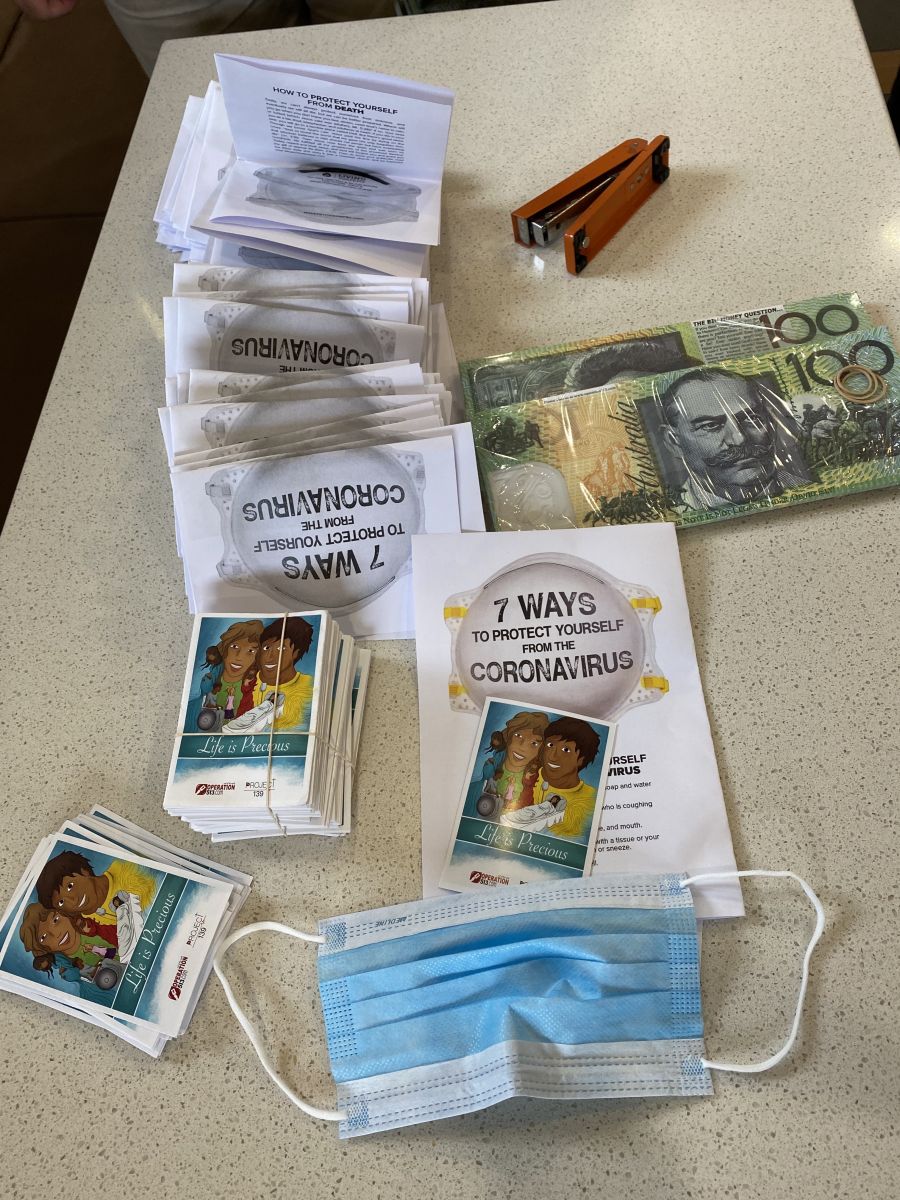