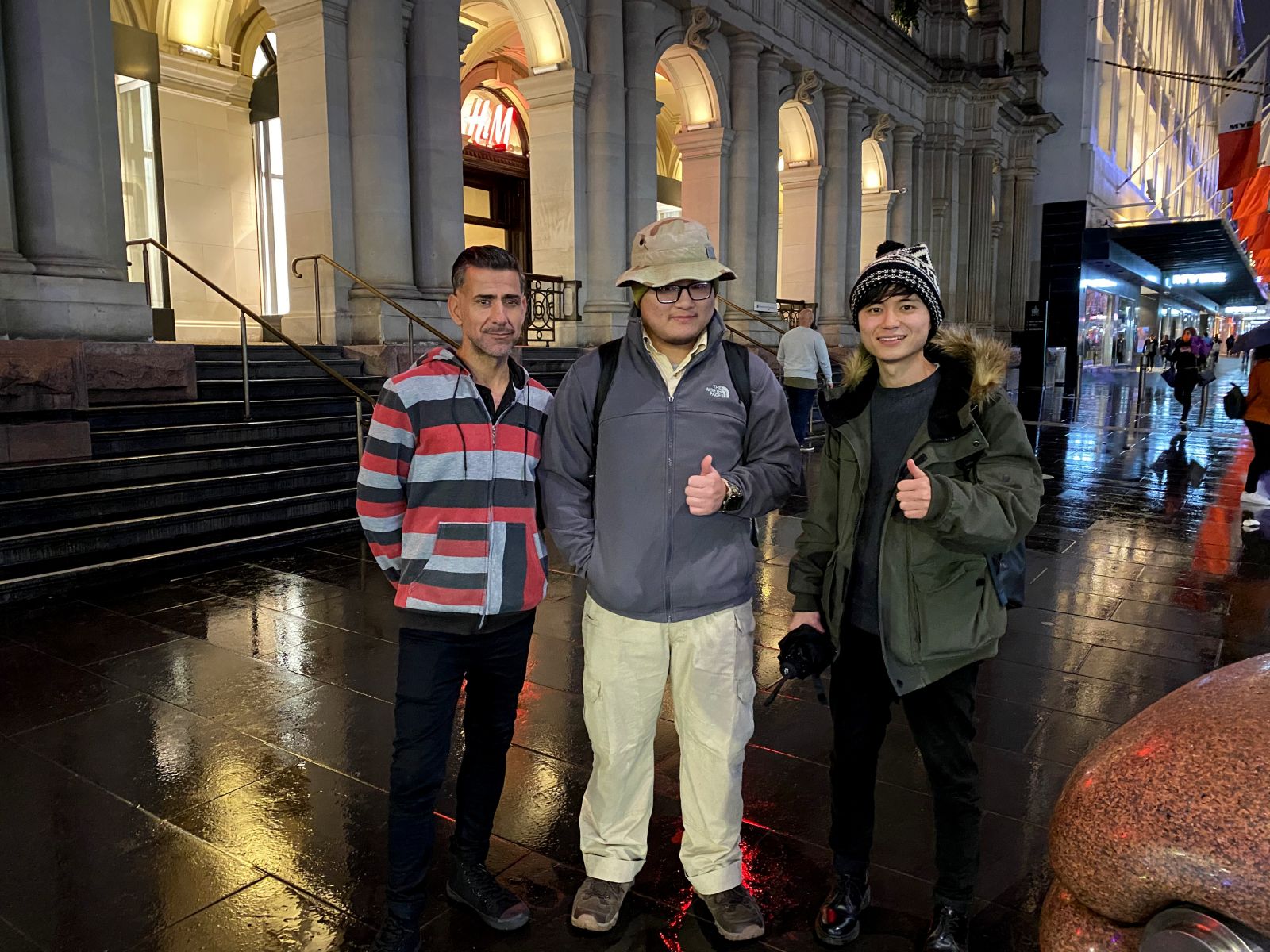 Praise God for 2nd Saturday Outreach after restrictions have been eased!!!

On Saturday, it was raining and cloudy so we were expecting quite a few people in the city however there were lots of people in the city. God has faithfully allowed 3 laborers for the el on Saturday. By God's grace, I had really good chats with people than usual despite of raining weather, people were willing to stand on the street and engage in conversation.

I remember two ladies who kindly stopped as they were heading to their destination, when I questioned about their opinion on eternity one of them said "I am Jewish" and that Jews are still waiting for their messiah but it seemed like she did not have much knowledge in Torah. I went through the law and the gospel they look quite surprised and engaged really well in conversation and they asked questions out of genuine curiosity on God's sovereignty such as if God exist why there are sufferings and evil in this world etc. Furthermore, I had a chance to explain Isaiah 53 to them and ask her to think about it as Isaiah 53 is direct prophesy about the messiah who will come and suffer for transgressions of guilty sinners. I honestly cannot remember if one of them said they will believe in Jesus (who was not Jewish) but please pray for those two ladies !

I had a privilege to speak to group of people (Around 6 people) from Spain, they seemed quite excited as I approach them with afterlife question. As I started to state the ten commandments they started laughing and admit that they have all the things that I have asked and one of them said very confidently "I am gay", gospel was shared how Jesus Christ died and rose again. There was one word that I knew in Spanish 'pecado' (Which i heard from Paul Washer and remembered ...) which means 'Sin' in english and tried to used that word so that they may grasped the gospel even further, they did not say that they will believe but I pray that as they travel around Australia God will be gracious to them to think about their afterlife and come to faith in Jesus Christ !! 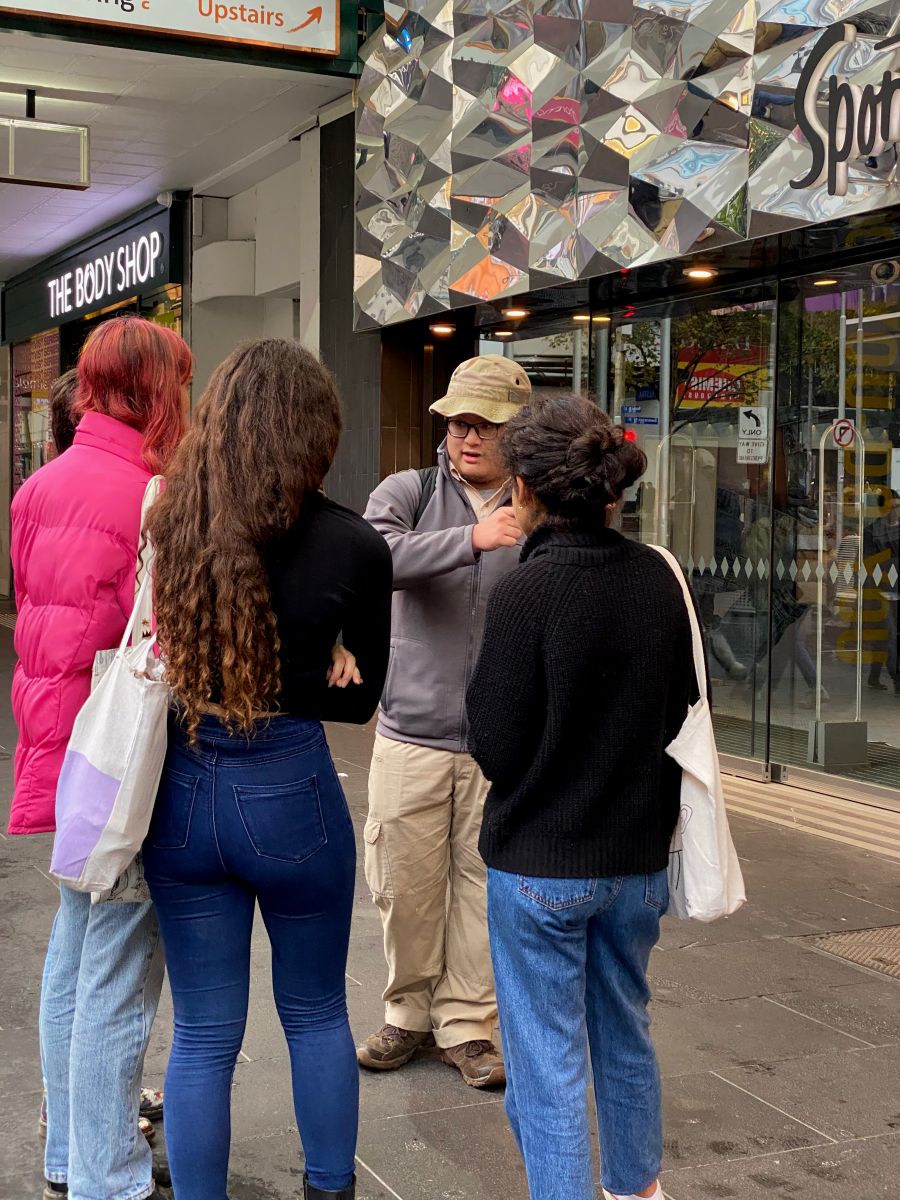 During this week, I spoke to two Muslim gentlemen, they were quite cordial and willing to converse with us. They agreed on the moral law and by that extension, their shortcomings, this is a wonderful propeller into a Gospel centered conversation. In their acknowledgment of their own sinfulness, I confronted them with a question “what can you do to avail/atone for your sins?” - they gave the answer that they will do good works, go to pilgrimage...etc… in order to pay for their sins. I replied that since they believed the Qu’ran and since the Qu’ran affirmed the validity of the Bible, they must, by necessity agree as well with the truth of scripture that all of their works are filthy rags before a righteous and Holy God because their hearts are sinful. I then progressed again with the previous question “so what can you do?” and they were silent. To which I stated that “you probably do not believe this, but Christ died for the sins of guilty people on the cross, taking the sins of guilty men and satisfied the wrath thereunto, that if you repent and trust that He died for you, you will be saved”. They had some objections, but I praise God that He gave me the correct words to reply and their thinking of what was said. They objected that if God limited His divinity that He wouldn’t be God, I said that it is not so, for God merely took on human form. Regardless, I concluded the following to them, that considering their sinfulness and inability to avail themselves before God of their sins, if Jesus is not God and did not die of the cross, they are going to h***, that either Christ is God and died on the cross, or He is not God and did not die on the cross and they, because of their sins, go to h***. They understood my point and graciously accepted the tracts and documents given them. 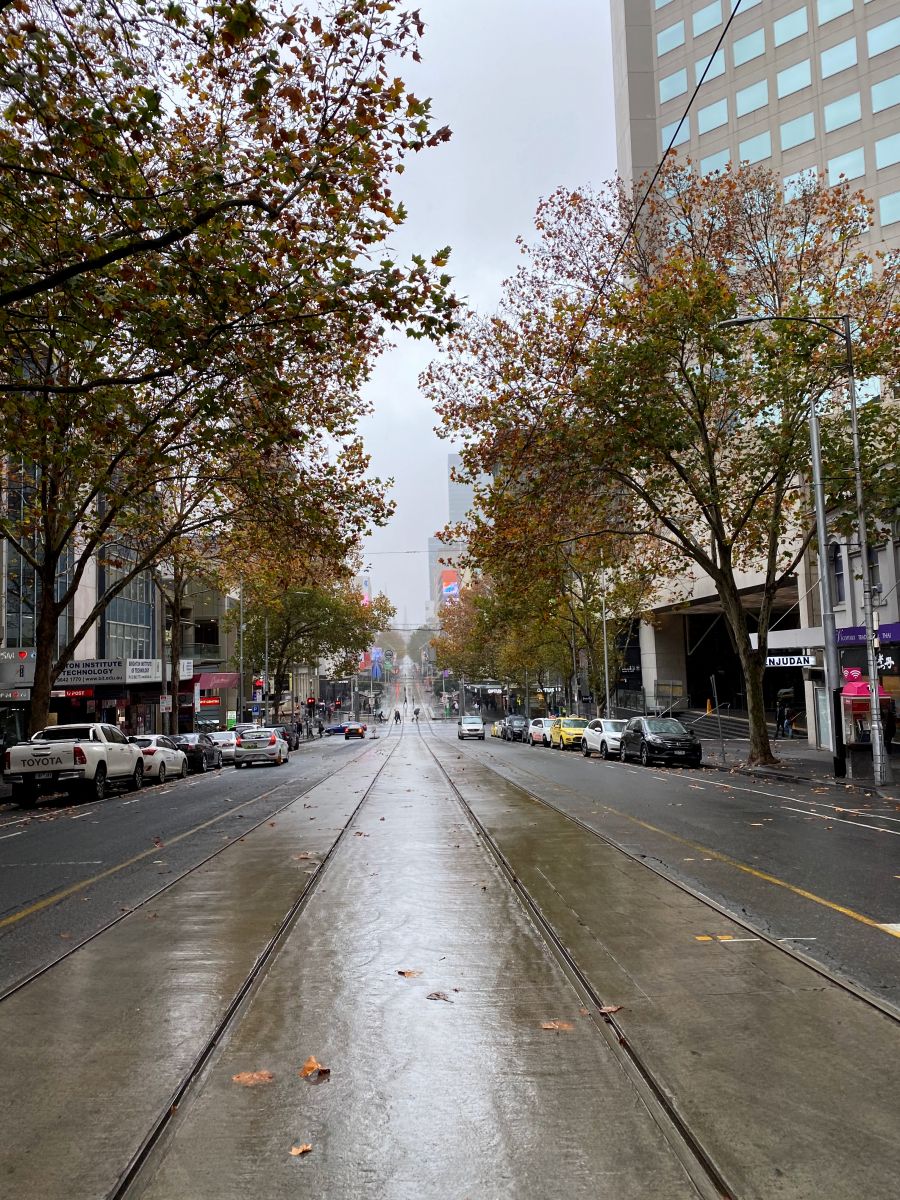 Another conversation was wrought earlier to some young ladies, one of them was Greek Orthodox and the other was neutral but the third was quite aggressive. They all agreed to the depths of their sins, and their inability to avail before God. This was when the third lady came in and tried to drag me down a rabbit hole, I briefly addressed her point but proceeded to say that I would like to get back to the main point, and proceeded. I had preached the Gospel that Christ died for sinners, and if they would trust He died for them, they will be forgiven. They listened, I knew they listened because they asked question in response of the proclaimed Gospel, their question was that if salvation was a free gift then “does that mean you do that and then do whatever you want?”. This is always a good sign that they understood the message of the free gift of salvation in Christ, that they asked the question of whether such free gift mean they can live in the world. My reply was that if they truly repented and believed in Christ then their lives will change and they will not live in the same way, they will have new desires. The conversation dragged on a bit more until one of the friends dragged them away, some of them took the tracts as they walked off. Praise God for His mercy and favor upon us, despite our shortcomings

Overall, all the glory to God who enabled us and compelled us by the love of Jesus Christ to share the gospel to many people !