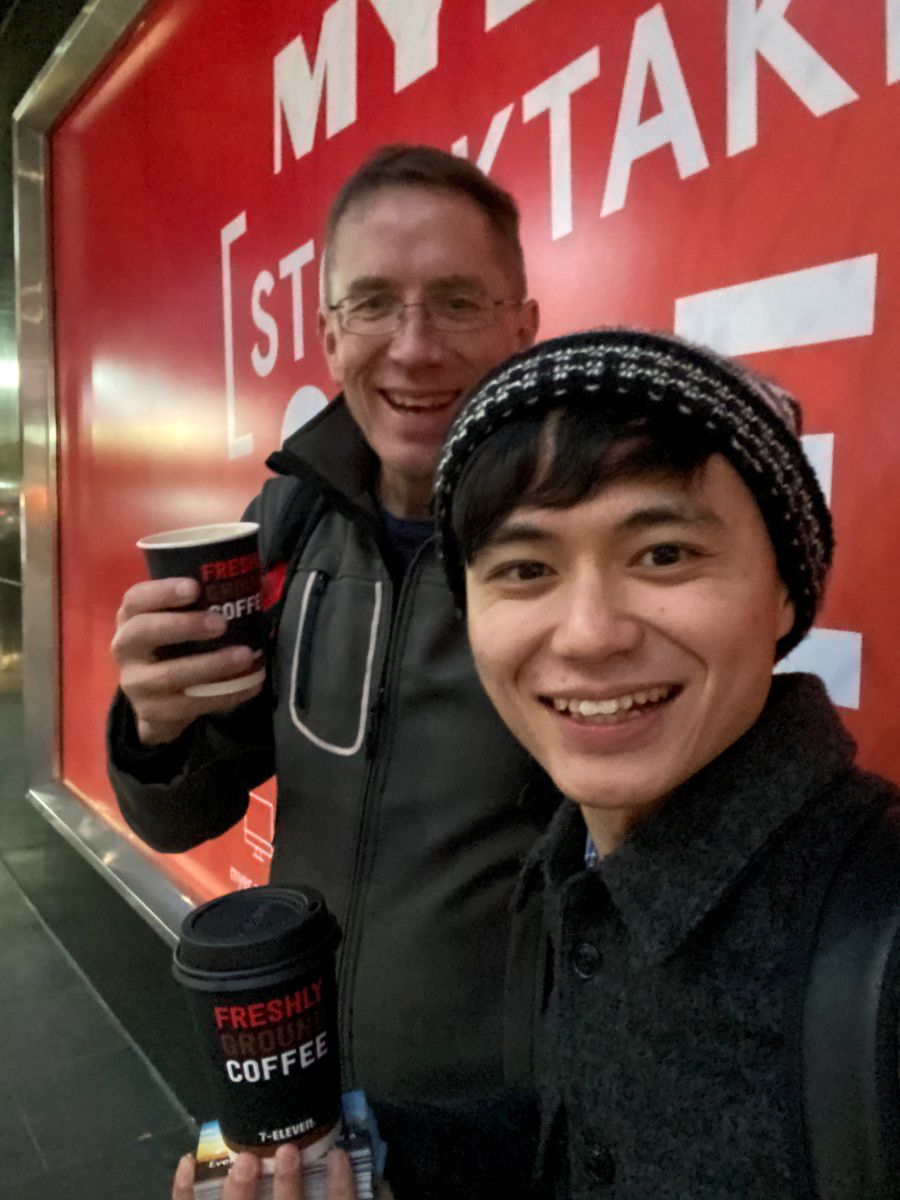 On Saturday, It was lovely weather on Saturday and there were quite a few people in the city. God has graciously provided us with 5 laborers to share the gospel together. As there is still COVID-19 restriction we met in front of H&M entrance instead of Starbucks and we started with prayer, praying that God will glorify Himself through this evangelism and that people will believe in death and resurrection of Jesus Christ. Our hearts were excited as we saw many people in the city.

Huy Do and Jack paired up and they went to state library area. Troy, Dave and myself stayed in Bourke st to share the gospel.

My first encounter was with a man who was gentle and quite knowledgeable. He could quote scriptures and argue his point logically (in some ways) with respect. He knew about the death and resurrection of Jesus Christ but that he does not believe in Jesus. When I shared about attributes of God such as his justice and love and how Jesus' atonement is necessary for God to forgive sinners without compromising God's justice as God cannot contradict Himself. Furthermore by using ten commandments I was able to reveal how 'bad' people we are according to God's standard and that we deserve nothing but death. He looked bit surprised as he grasp this amazing grace of Gospel how it is the gift of God. He did not say that he will believe but he promised that he will think about it

I had a privilege to speak to a person who had dutch background, he told me that he is a Christian he knew about the death and resurrection of Jesus Christ as he heard it before but when his afterlife was questioned he could not answer properly about it or he did not have assurance of salvation. So when I explained about the helpless state of man by using the law and share the glorious gospel about justification by faith, he looked stunned and he smiled brightly. He showed genuine interest and grasp the gospel asking me for website to check out further. Praise God ! for this divine encounter, he was just waiting for his girlfriend outside of the shopping mall and as we were about to end the conversation his girlfriend came so I could share the whole gospel without distraction or him leaving in between. 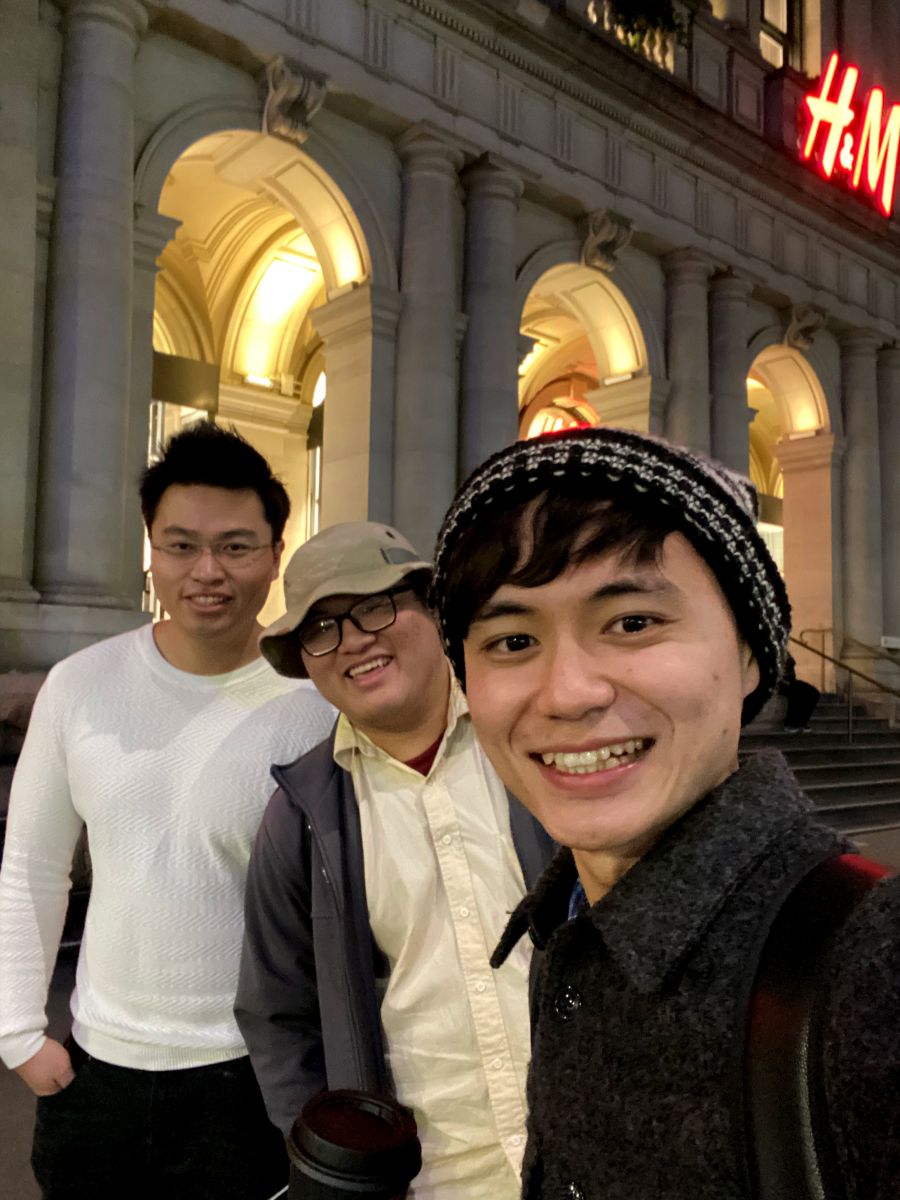 This week’s evangelism proved to be quite eventful. First off, in hearing about the others’ testimony about their encounters, I was deeply moved by God to proclaim the Gospel publicly and loudly. This happened at the state library, whereby i saw a group of protesters, I counted 20 of them, that were protesting and some yelled “free Hong Kong”. I was urged to preach, but I was still scared, I told a fellow laborer Jack, that we will talk one on one first, and then I will preach. After a while, people took the tracts, but no one seemed to be interested in having a talk. So I decided to preach, I was trembling because I hadn’t done this in a while, and prayed, then stood on a high ground and started preaching the Gospel. The moment I started preaching, the entire group of protesters started to look at me and to my surprise, they listened. I said that it is amazing that they were fighting for Hong Kong’s freedom, but stated that I am proclaiming a freedom as well and it is a freedom from death. I told them of how they are enslaved to a thing called death, because they are enslaved to a thing called sin, and that they have sinned in breaking the law of God, I spoke about the justice of God and His grace in Christ, and that Christ offers everlasting life as a free gift, that if they should accept that free gift, they will have everlasting life and be free from the bondage of death. To my amazement, during the preaching a pastor actually heckled me to get me to stop. The pastor and several others actually spoke and stated that this is a political rally for Hong Kong, not a religious one. I replied firstly to the other hecklers that if they contend that this is a mere political rally and that religion ought not be mentioned, then I also have a political statement and that is that “Jesus Christ is king”, I did not hear their replies because I then addressed the pastor. I preached and told him in response to his claim that this is a political rally and thus, that I ought not be preaching Christ the following: “do hongkongers need the Gospel?”, he nodded his head, then I said “that is my point”. I finished up and exhorted them to repent and accept the free gift of everlasting life in Christ by faith and they will be set free from the bondage of sin and death. Praise God for this 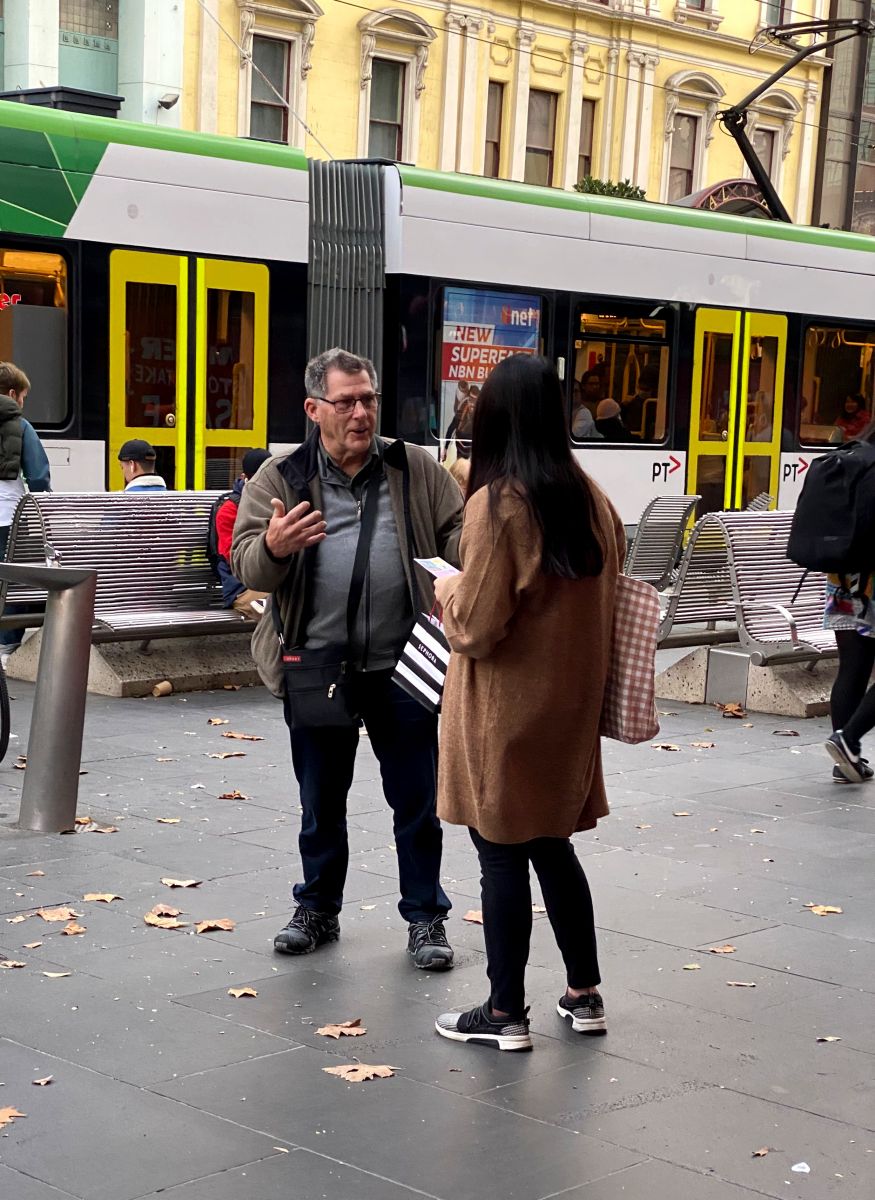 The second encounter was with a group of Muslims, they were quite hostile, and they threw around their objections quite a lot but I stood my ground by the grace of God, and answered them. I had to labor with them greatly in order to show to them that the Jesus that they respect is not the Jesus of the Bible. They said that they respected Jesus but only as a prophet, I replied that “as a prophet, He said that He was God”. I had to put my foot on the ground and proclaimed that Jesus said “unless you believe that I am He, you will die in your sins” and challenged them to give an answer. They kept changing topics, but I asked them again, they said the Bible was corrupted, I stated that if that is so that they only judge the BIble based on the Quran then they don’t believe the Bible. If they only believe Jesus in so far as he conforms with the Quran then they don’t believe Jesus and that they are believing a false Christ and are thus condemned and are going to h***. At one point they tried to get me to agree that Christians and Muslims worship the same god and that if I deny Allah then I deny God, I stated that I reject Allah, they actually tried to get their phone out to slander me that I deny God, to which I stated that I reject the false god of Muhammed, not the God of the Bible. They were very angry and aggressive during the entire thing but the Lord kept my feet planted. Either way, I got the Gospel out pretty early out that considering their sins, they have no way of availing before God, and that Christ died for the ungodly on the cross. They left frustratingly after I have shown them the fallacious nature of their worldview and that they must repent and turn to Christ and trust in Him alone for salvation and everlasting life as a free gift. God helped me greatly to plant my feet and stand firm in the faith, but more importantly, He allowed the Gospel to be proclaimed early on, and not forgotten at the end. By His providence, after the aggressive talk, when I was walking to another location, I actually ran into two of them again and to my surprise, it was actually one of the Muslims who asked my for my number to contact me and talk with me again, to the providence of God, I gave him a tract with my number on it, and he took it. Praise GOD, all was not in vain, He is sovereign. 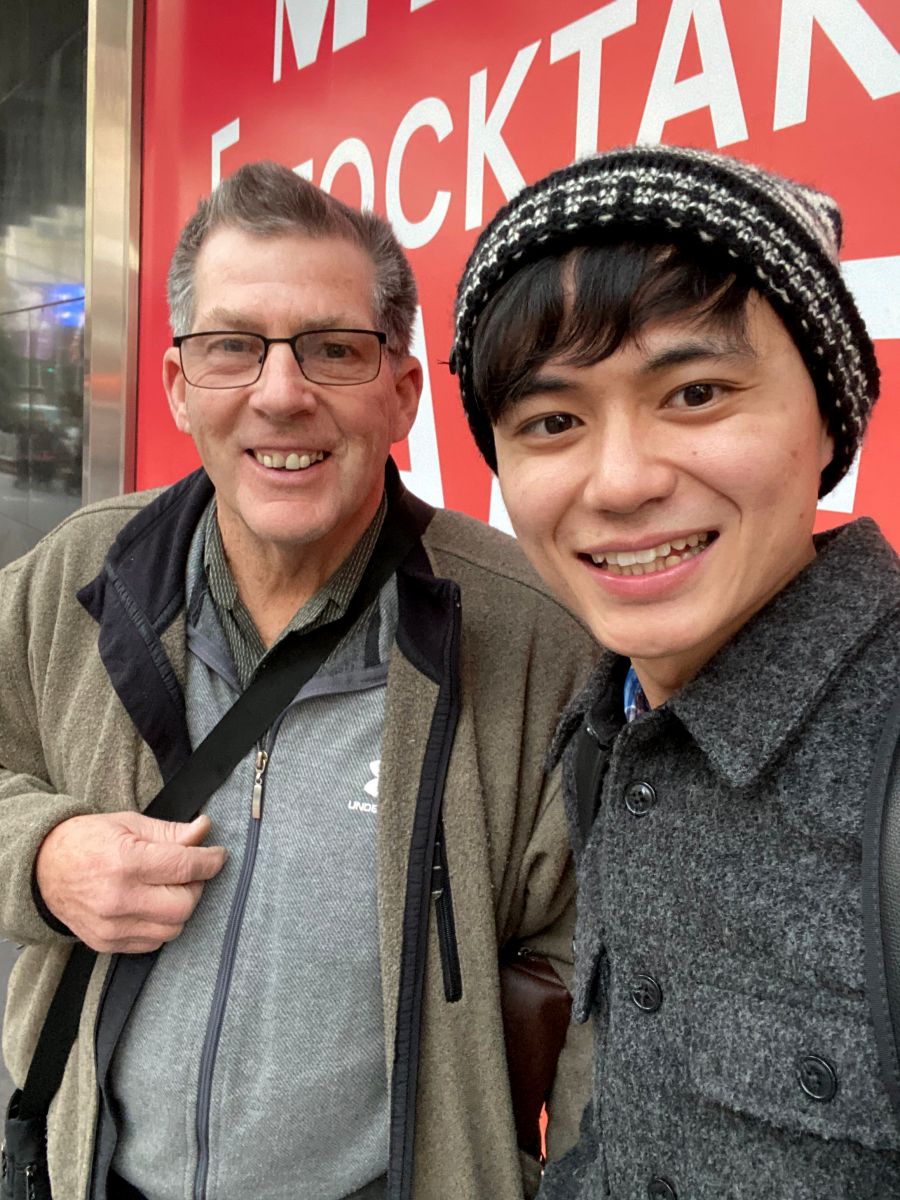 Overall, God has been so faithful ! ​Soli Deo Gloria ! Let His name be great among nations !