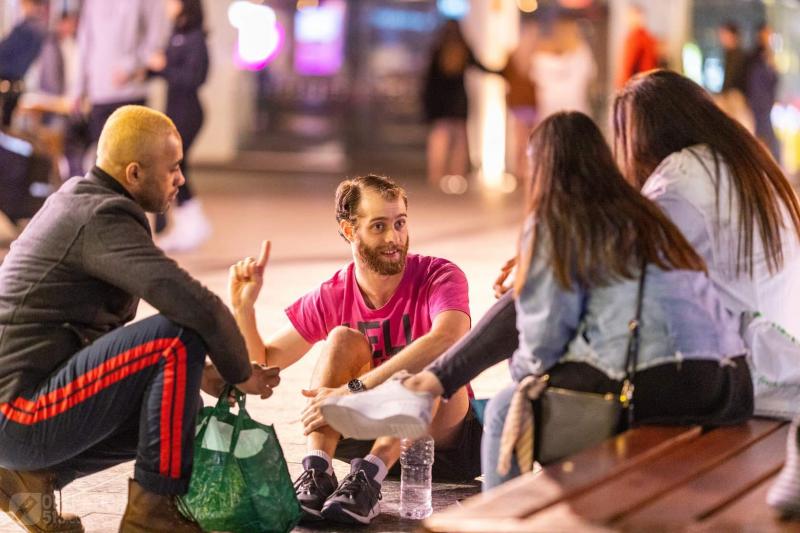 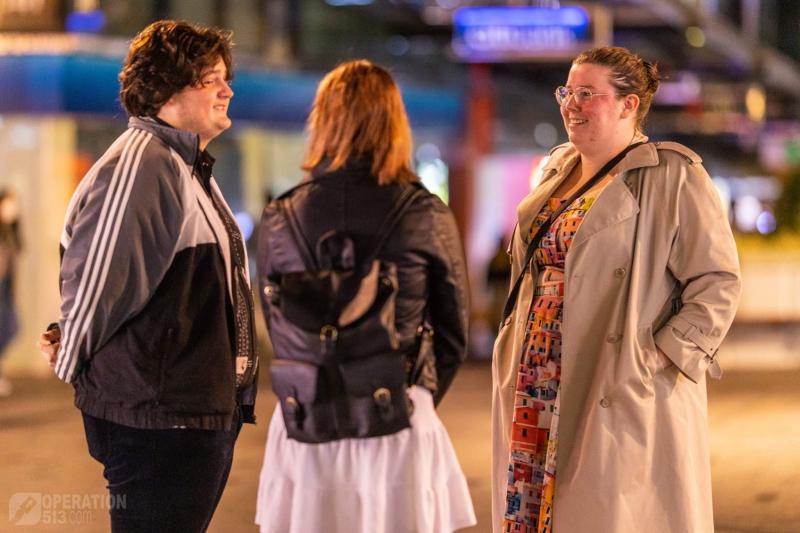 Outside Christmas outreaches and a few random other events, this is the beginning of Friday nights in Brisbane city. It was an unusual experience, compared to the normal numbers of people on a Saturday, there were many many people out! This meant that the twenty six team members that were there for some or all of the night were able to engage in conversations! Many paired up, others went out on their own but they spread generally over the heart of Brisbane CBD!

The first two conversations were a little tough, two very hard hearted Muslims, who were willing to believe in their inconsistencies as they didn't have to acknowledge that they were morally bankrupt. A man who heard the gospel and said, "I don't want to believe that, I want to live my own way".

Then was an exciting conversation with Camila and Valentina. These two came to have real clarity on the gospel, they came to understand the good news and they were challenged greatly by it acknowledging that this very day (after having professed to be a Christian for much of their lives) that they would be trusting in Christ alone as the reason they were going to Heaven. Then they were encouraged in evangelism. As they were shown the seriousness of someone who is trusting in Jesus and their own goodness as the reason they are going to Heaven, is actually someone who is on their way to Hell. They took this seriously and said that they would start seeking to share the good news with their Spanish speaking friends who had been influenced by the teachings of the Catholic church.

The next conversation was with Ezekiel. He at first had some good things to say but wasn't really clear on the good news. He had the right pieces but had mixed it up a bit, referencing his goodness and actions as the primary reason of his acceptance, not Jesus taking the punishment for his sin. When he came to grasp the gospel he said two things. Firstly he commented that this has really clarified it for him and he was so thankful for the conversation! He was excited that he had had the chat then he said, "Just as I was walking over there (he gestured to 50m away), I paused and asked God to help me. I realised that over these past three months, I had gotten so far from God. I had been in isolation, living my own way, totally distracted from God and so I made a silent plea to Him. I didn't even know what to pray but I asked for his help. Then I paused here and less than 30 seconds later you walked over and started this conversation and I knew it was from God!"

What an encouraging testimony. God is the one who answers prayers, the one who draws people to Himself. He is sovereign over the means and the ends. If Zeke had never prayed that, God couldn't have answered his prayer. If the team wasn't in the city, he would never have been approached. God in His providence, provided the means and the ends and from the outward appearance of the conversation, a very different eternity for Zeke as a result!

It's moments like these that are such a strong reminder as to why evangelism is so critical! Especially that in the public sqaure! Why not schedule a Friday, Saturday or Sunday night to join the team in Brisbane city, that God may use you to draw a lost sinner to Himself?

The finale of the evening was a 6 minute conversation with a young couple who had their minds blown at the building builder analogy, saw the law and their guilt and had said that it made sense to trust that Jesus had paid for their sin this very day, knowing that it would impact how they live in the future (even though Heaven is free).

Please be praying for all those who heard the good news, that they would consider it and that God would stir their hearts a love for Him and a desire for them to share the good news with others themselves! 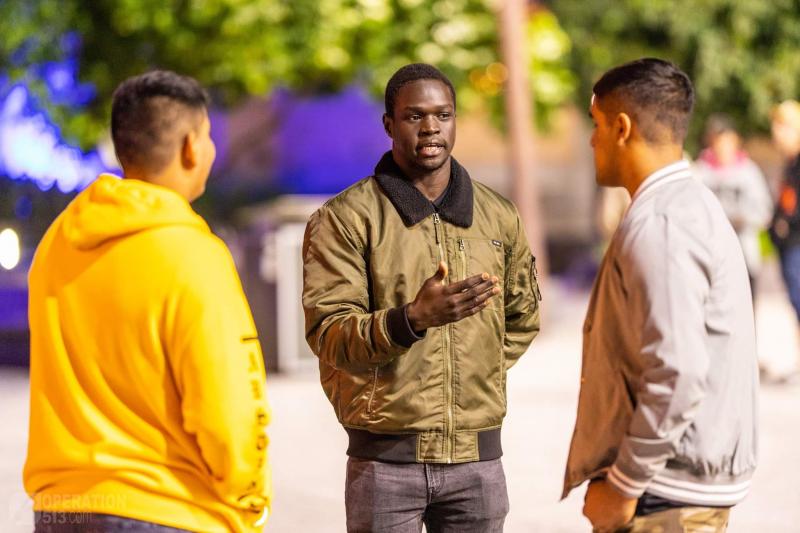 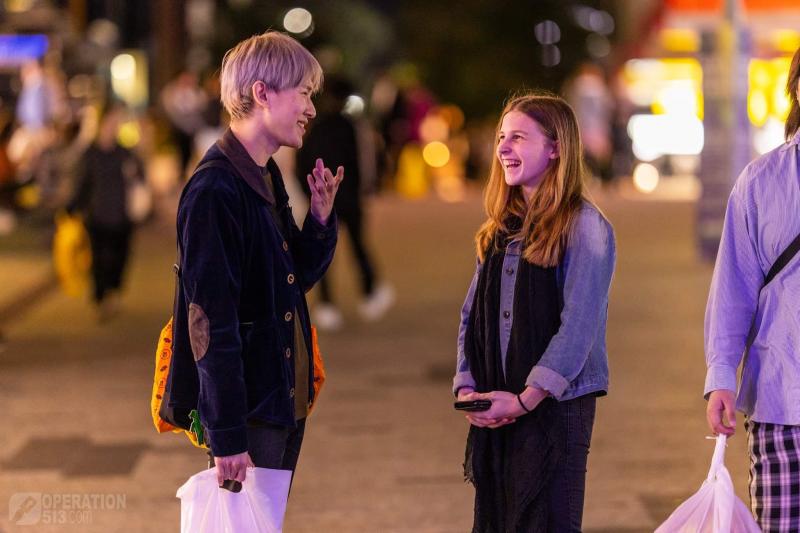 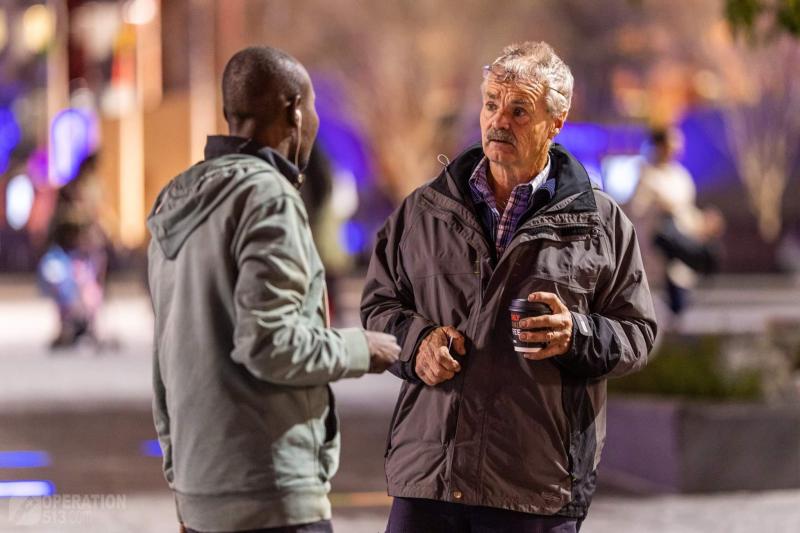 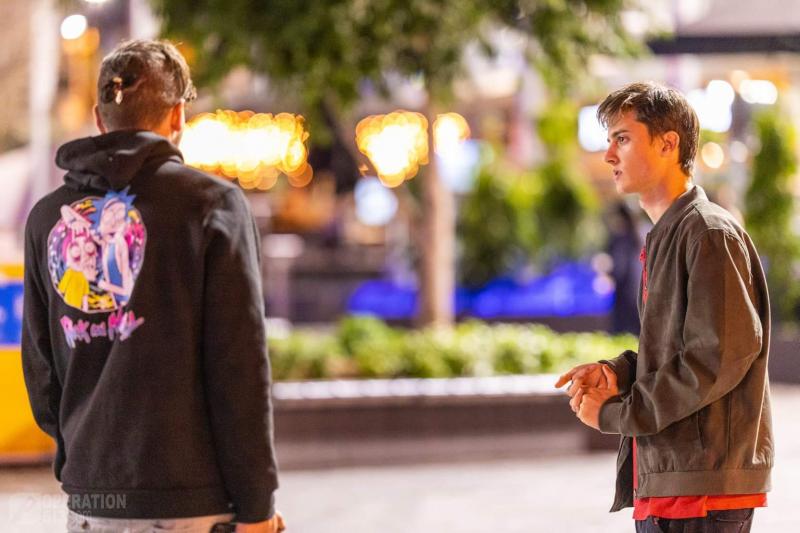