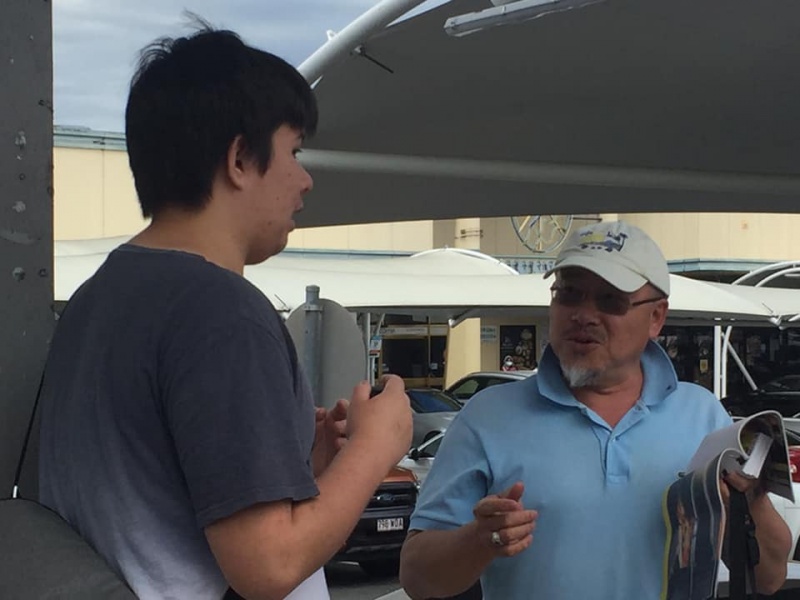 Today only Johnny and I met to serve at Sunnybank. It was a very warm day as if it was like early Summer already. It was also the beginning of school holiday as such there was no student around. Johnny opined there should be more people coming out but it turned out a comparatively quiet day with half the carpark empty. Despite smaller flow of crowd, we still got many chances to share the Gospel to non-believers as well as Christians who in majority do not have assurance of salvation that deadly need clarification. We also had a lot of chat on theology abd biblical doctrine during the gap of street evangelism.

I recap below a few of my major divine appointments as follows: -

1) A Chinese lady took the tract and was willing to talk but it was too late as the bus was coming. I spent really only 30 seconds to share the nutshell of Gospel to her hoping she will read the tract at home.

2) Rory a local Aussie got past Johnny but I was moved to stop him for a chat which amazingly he changed his mind to stop. He is a strongly built big guy who really looks like a super hero upholding righteousness as such when asked if he knows he can go to heaven by being a good person, he proudly claimed yes as he deemed he has manged to do a lot of good thing. When I corrected his misunderstanding by sharing the gospel, emphasizing that unless he has no sin, he still should need Jesus as his savior to regain the lost heavenly citizenship, he then declared he knows all about this as he is a Christian. Then I realized he actually is only a nominal Christian that feels good about his own goodness instead of the redemptive grace fo Christ. Let's pray for God's intervention to turn him around to really trust in Christ and Christ alone for salvation.

3) A young lady from China Gloria passed by in great hurry, but she still willing took a tract and let me walk her across the foot bridge to listen to the gospel. I timed later that it took me 2 min 40 seconds to cross the bridge but was still good enough for me to compete sharing the nutshell of the Gospel. At the end, Gloria agreed the gospel is logical and sensible and showed willingness to accept Jesus as her saviour.

4) Tom a young man from Thailand who appeared very friendly and willing to listen to the gospel. Yet I only have 1.5 minutes to do so as the bus was coming and was in our sight. In both cases, God only let me have very short time frame but I believed His work and plan for Glory and Tom will be done. 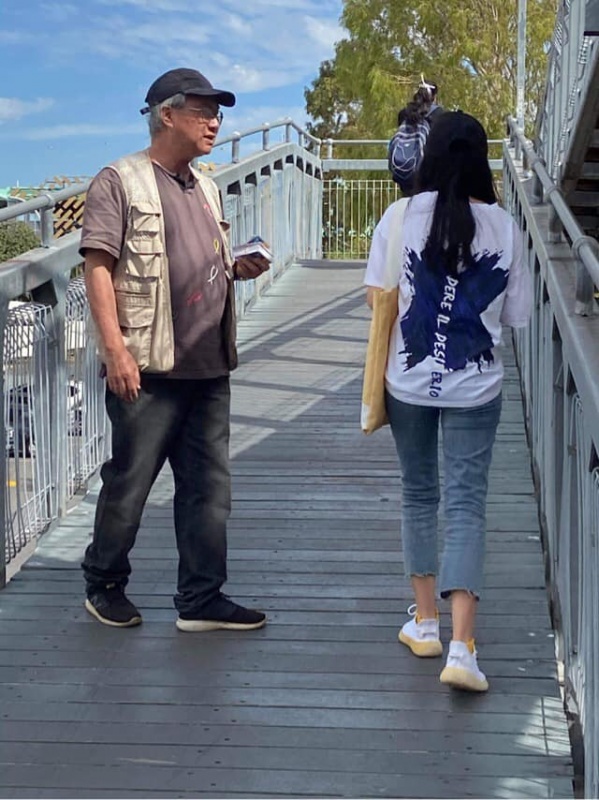 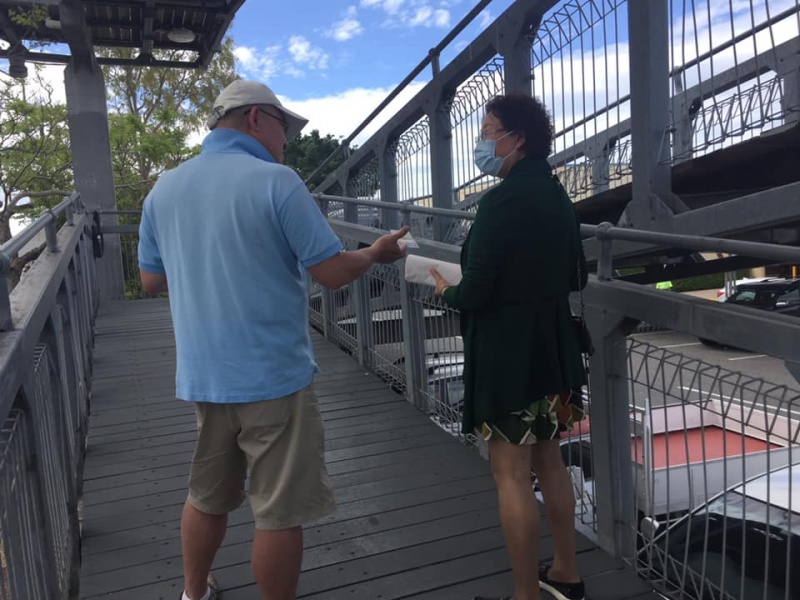 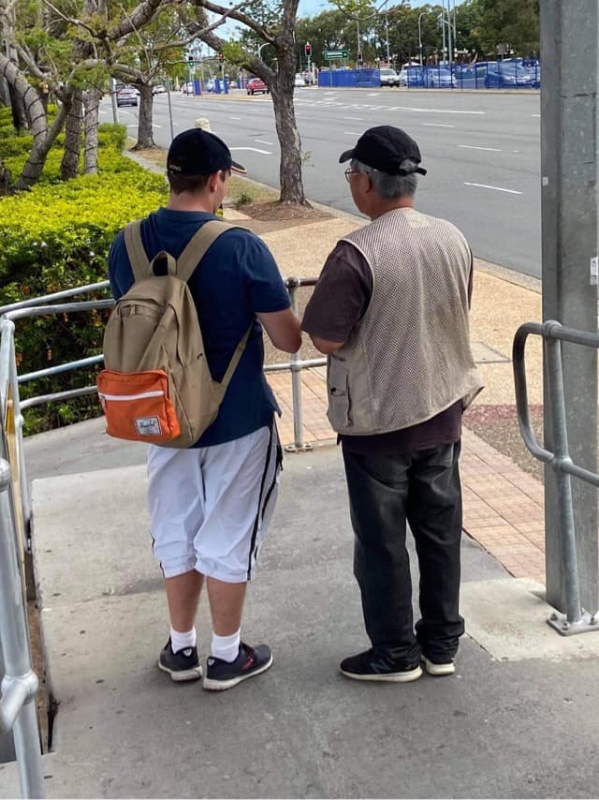 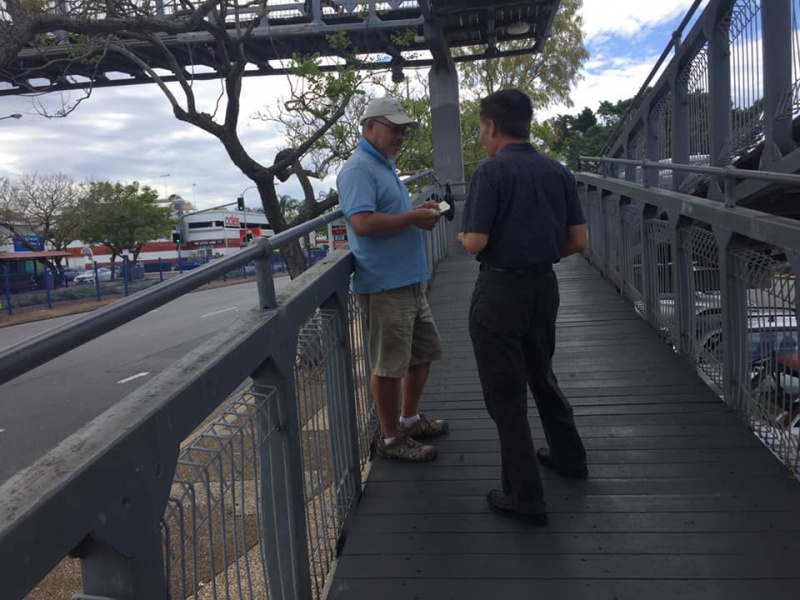 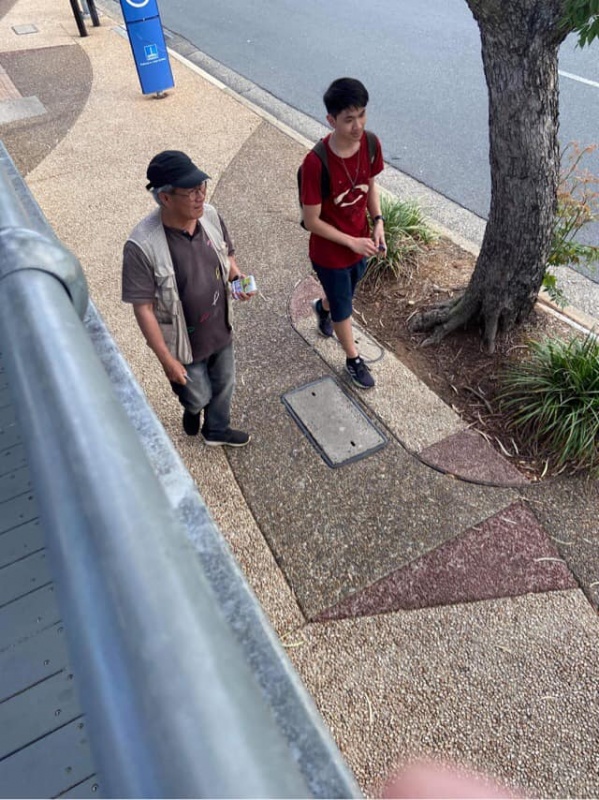 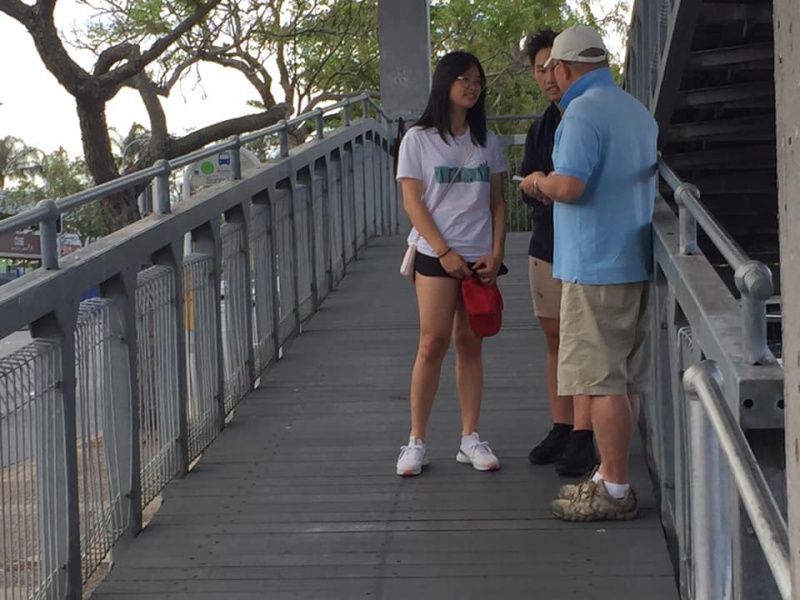 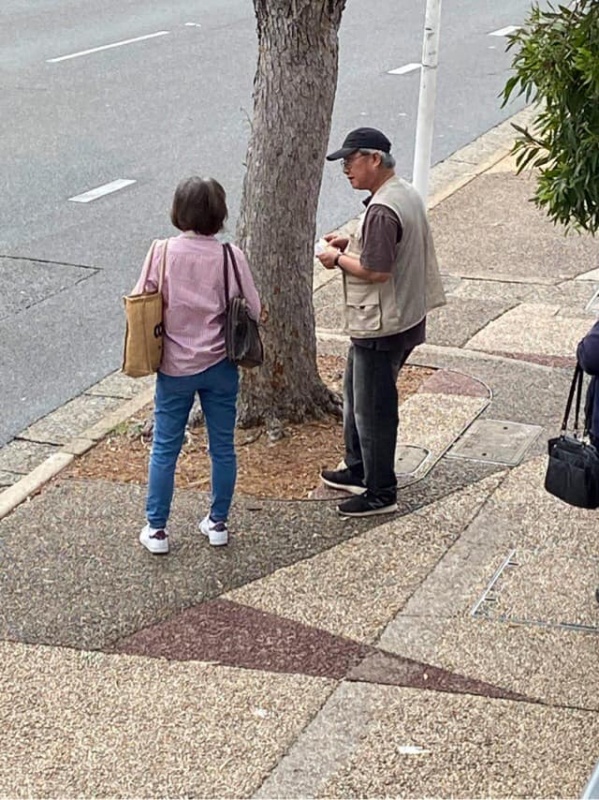 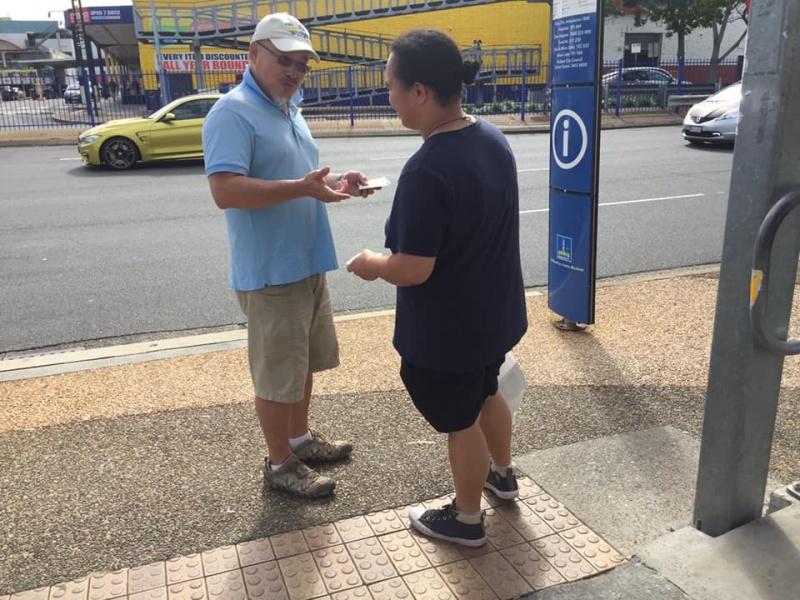 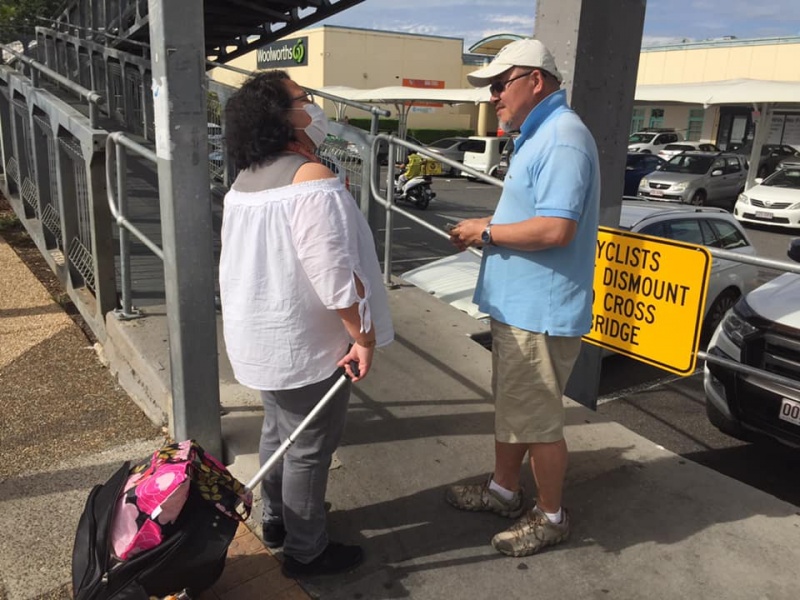 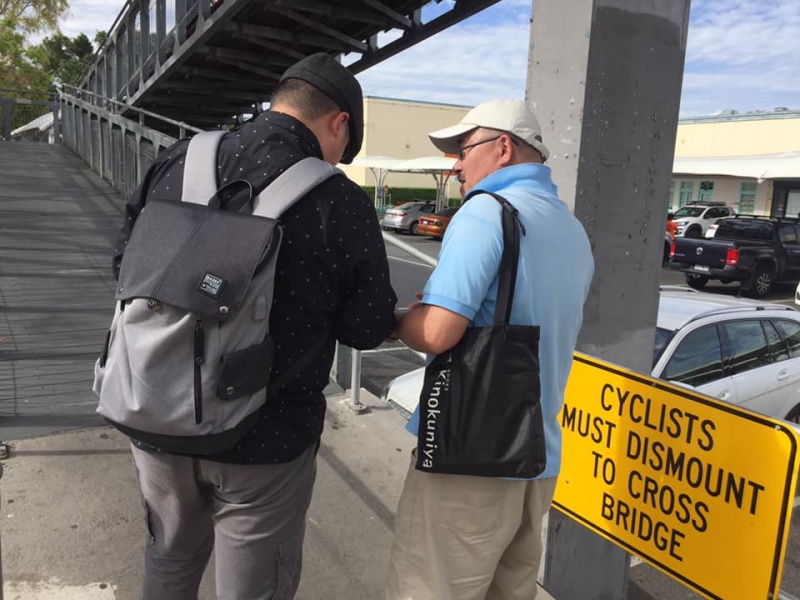 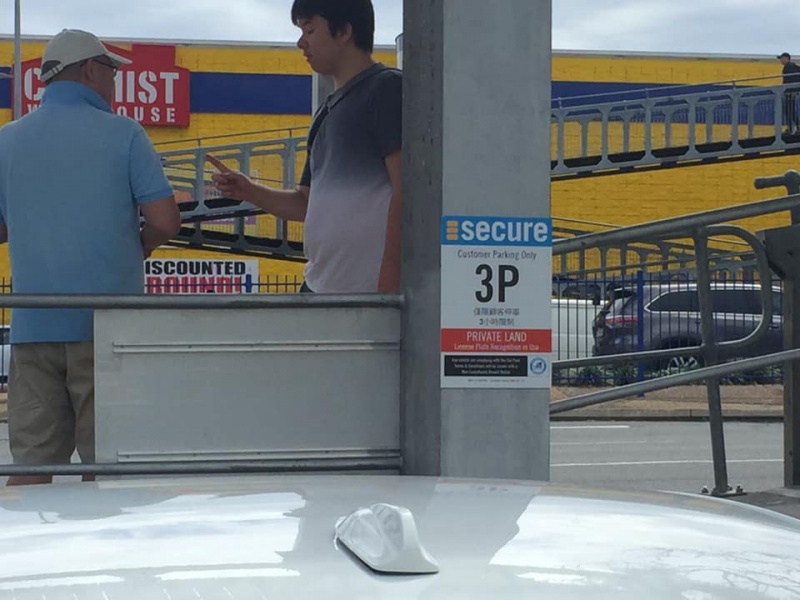 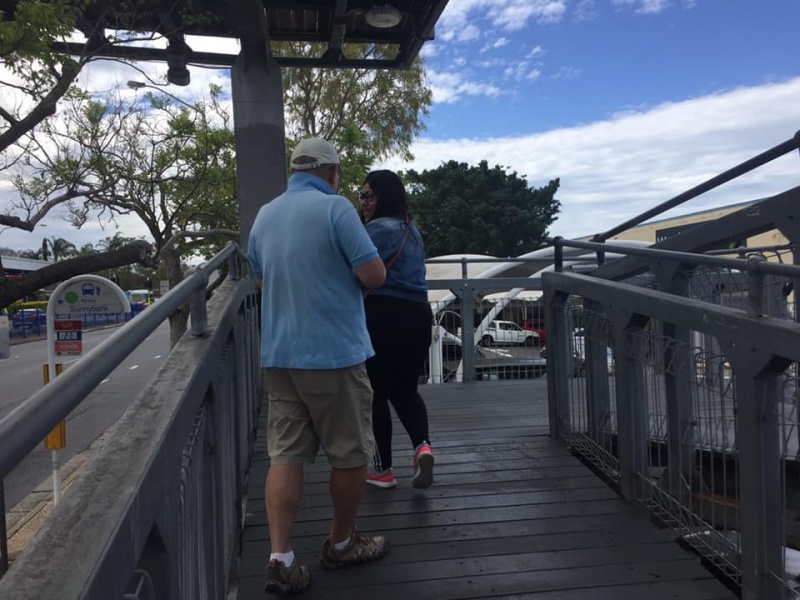 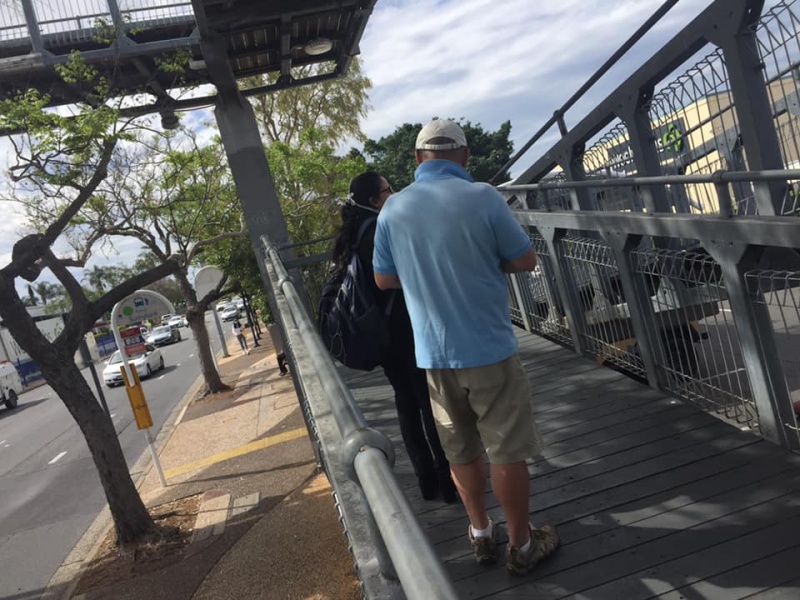