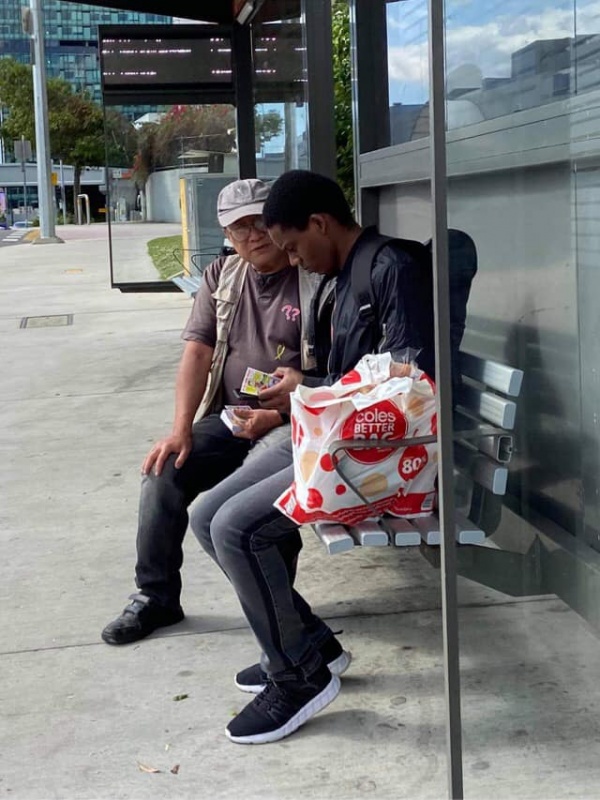 Today only Johnny and me were available, Winnie and Gary had other ministry engagement. It was a fine Spring afternoon best for street evangelism. But the people flow was a bit slow and quiet. And the rejection rate was high possibly affected by holiday mood that people tended not to chat but enjoy their own private space to listen to music or chatting with friends over the phone. Nevertheless, God grace was still sufficient for us to have our divine appointments especially Johnny getting more longer conversation as recap below: -

1.Hannah is from Japan which I learned only at the end of our conversation. She told me she could not speak Chinese so I thought she possibly is either Vietnamese, or Korean. She appeared very opened and listened to my gospel sharing with interest. Though she showed receptive to the gospel, but the arrival of the bus just striped away the timing to invite her to accept Jesus. God anyway was still in control.

2. Then a Church members of Johnny, Madam Siu turned up with her friend Madam Shen who is an Indonesia Diaspora from Hong Kong. Madam Siu only told me Madam Shen is not yet a Christian. I could have only limited time to share gospel with Madam Shen. 沈香港印尼人未完結福音講述。

3.Fiona a middle aged Aussie lady who is an extreme Catholic faith professing person. She declines and rejects all other forms of Christianity. She kept saying I should study more about the pure Catholic path, but obviously, it is still human good deeds based. With this arrogant attitude, I can only pray for her to humble herself in God;s timing to put her faith back to Sola Christ.

4 Malinga from Zambia was very friendly to let me with him the gospel. But quickly I noticed he is a Christian and upon posing to him the two diagnosis questions, he got it right to show assurance of salvation. We parted our way when the bus arrived by blessing each other.

5. A local Aussie Lady declined the approach by Johnny. She took her seat besides me and started reading a book entitled "The key of self kindness" I tried to start a conversation about the possibility of self perfection but still failed. She was insistent to not be disturbed from reading the book by herself.

As for Johnny two of his long conversation stood out:

1)Mr Wu from Wuhan 伍武漢，it was rared that mainland Chinese are willing to stop for a chat. But God moved him to stop and chatted for a long time with Johnny. He has many previous contact with Christians and has already built up flavorsome with Christianity. 已有接觸，對基督教有好感，We introduced him the contact to Power to Change(介紹了 Power to Change) and pray that God will lead him to make the final step of faith to accept Jesus.

2) A Malaysian Muslim stopped to chat with Johnny but with the intention to debate on the superiority of Muslim over all other religions including Christianity. Their problem is the lack of sense of guilt on sin. Treating all the trivial sin as unimportance that can be off set by good deeds. When Johnny told him getting married with many women is sin including Mohammad. He argued that Mohammad only entered into a relationship with a woman one at a time which of course is not true. They are like the Pharisee finding gray area to get around all sort of sins. This conversation anyway will still served the purpose of God to challenge his fake faith. 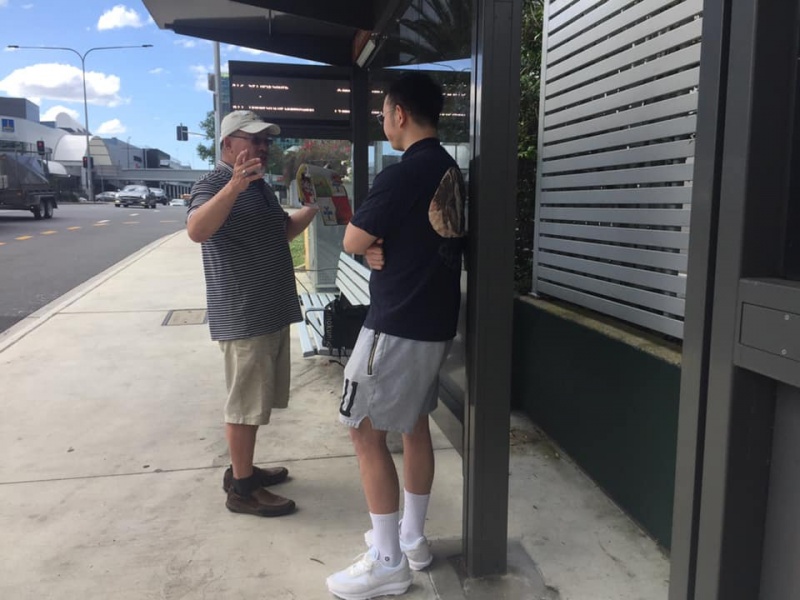 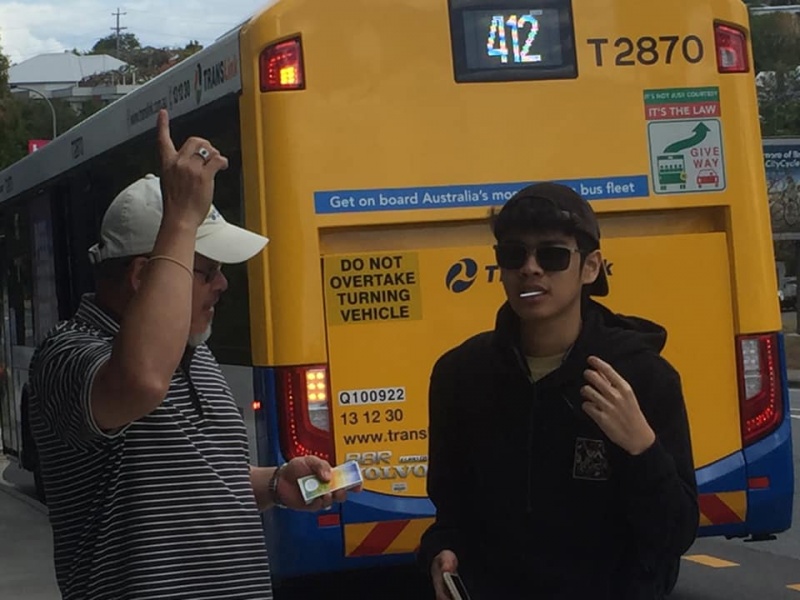 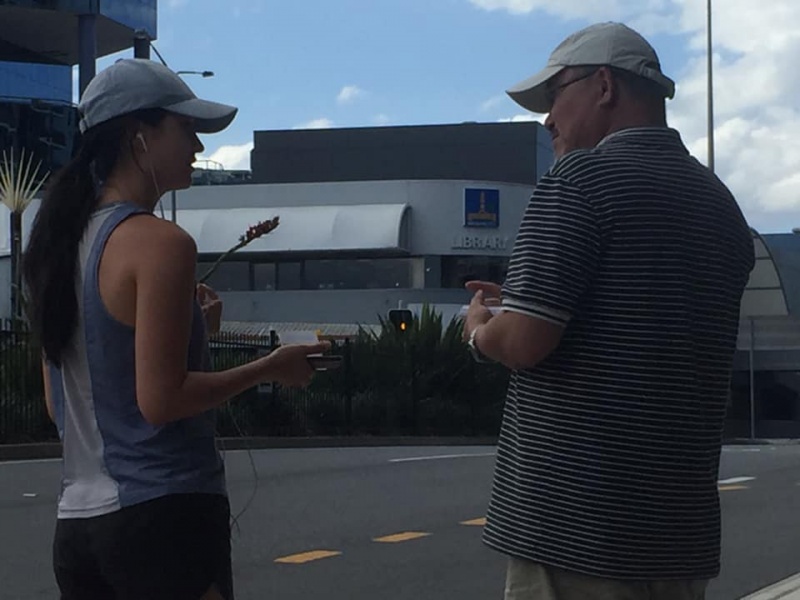 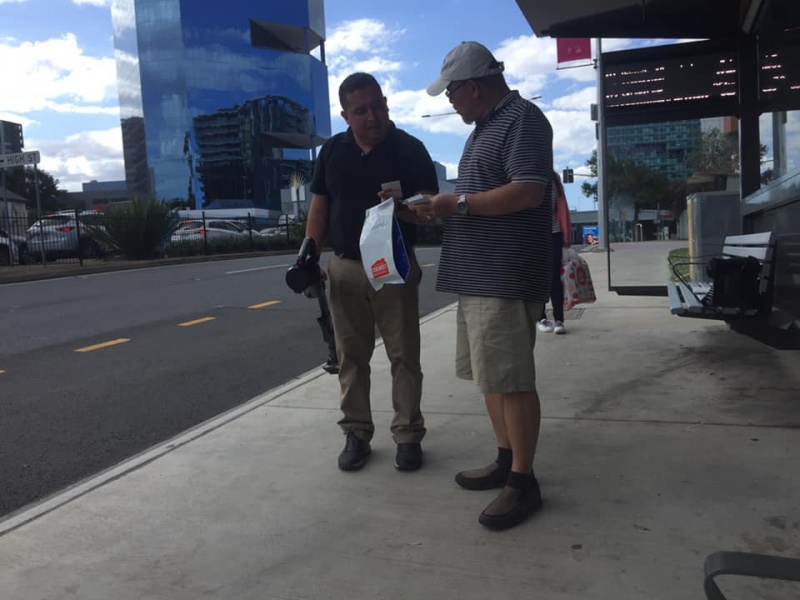 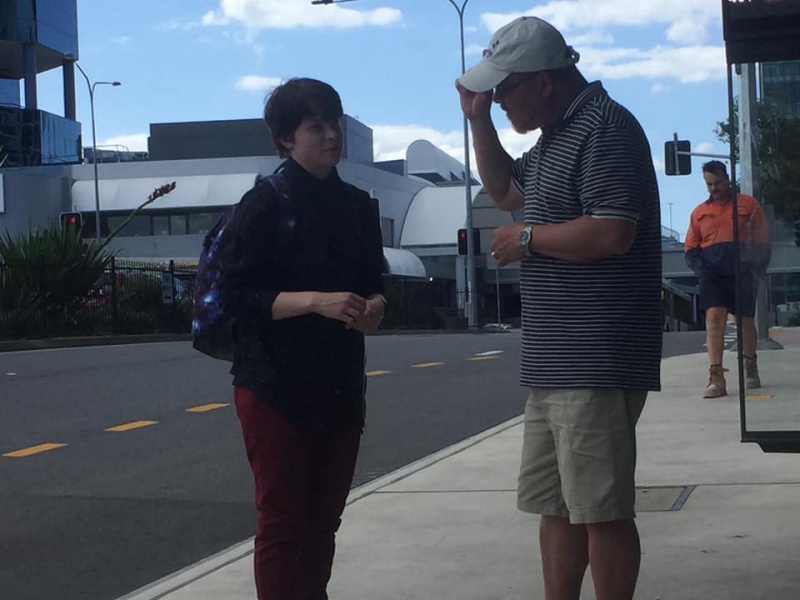 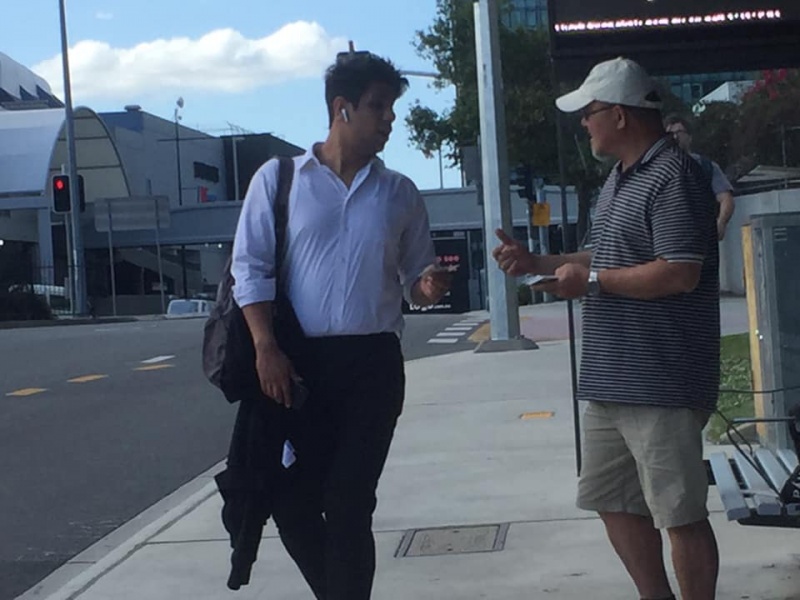 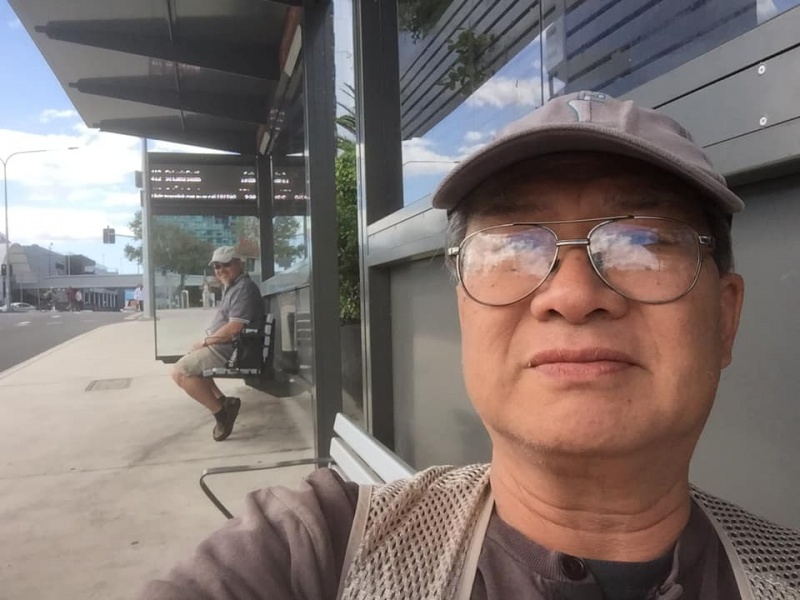 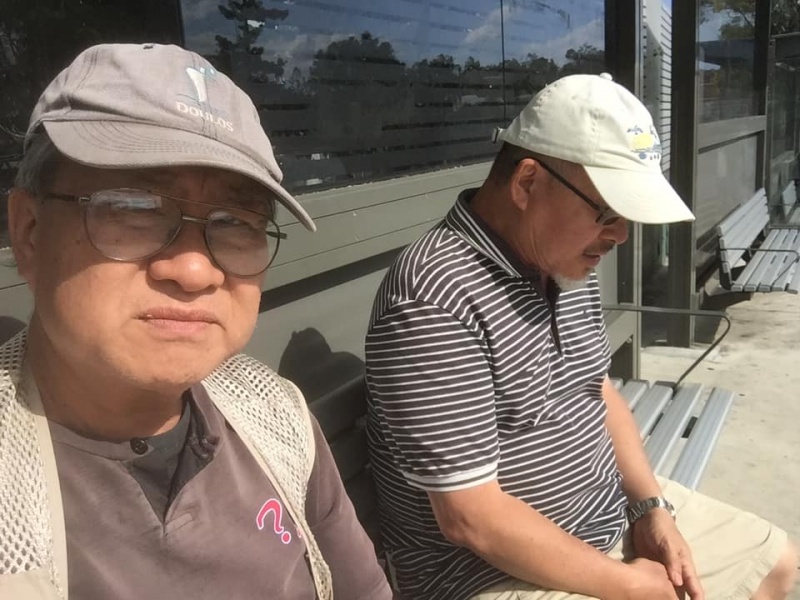 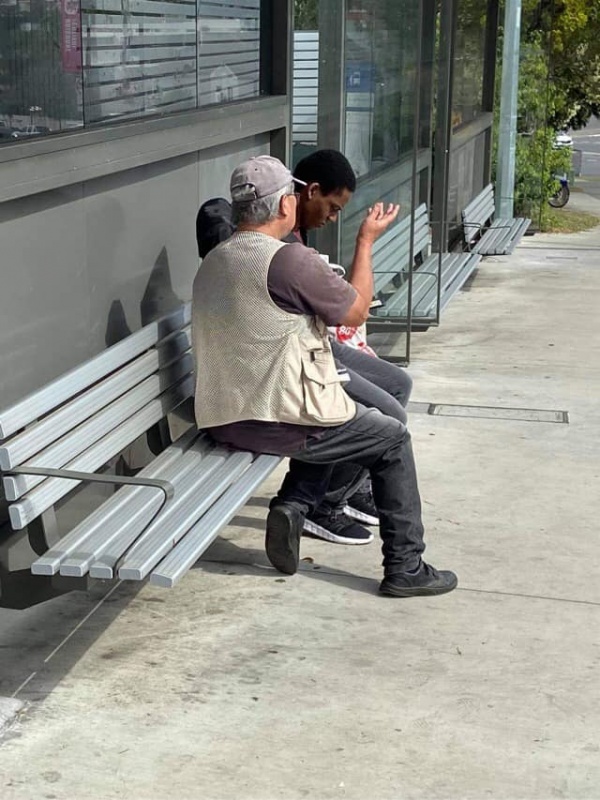 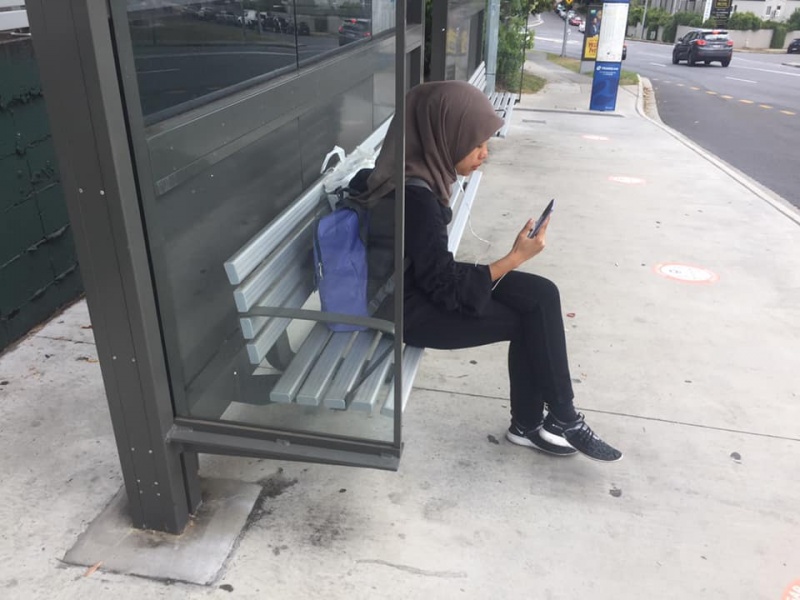 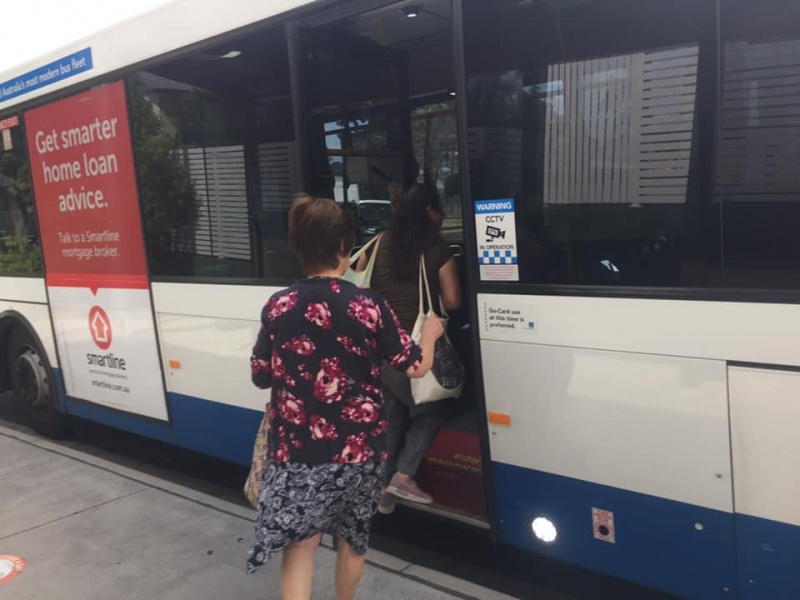 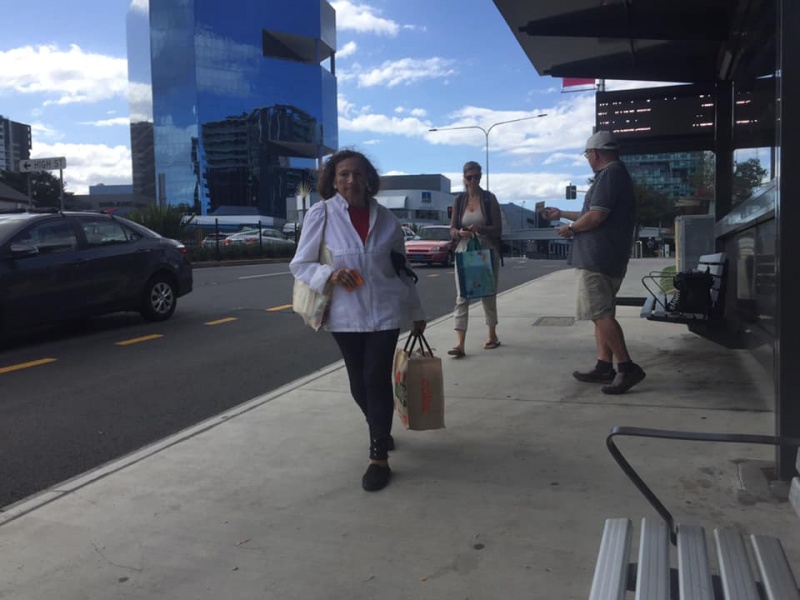