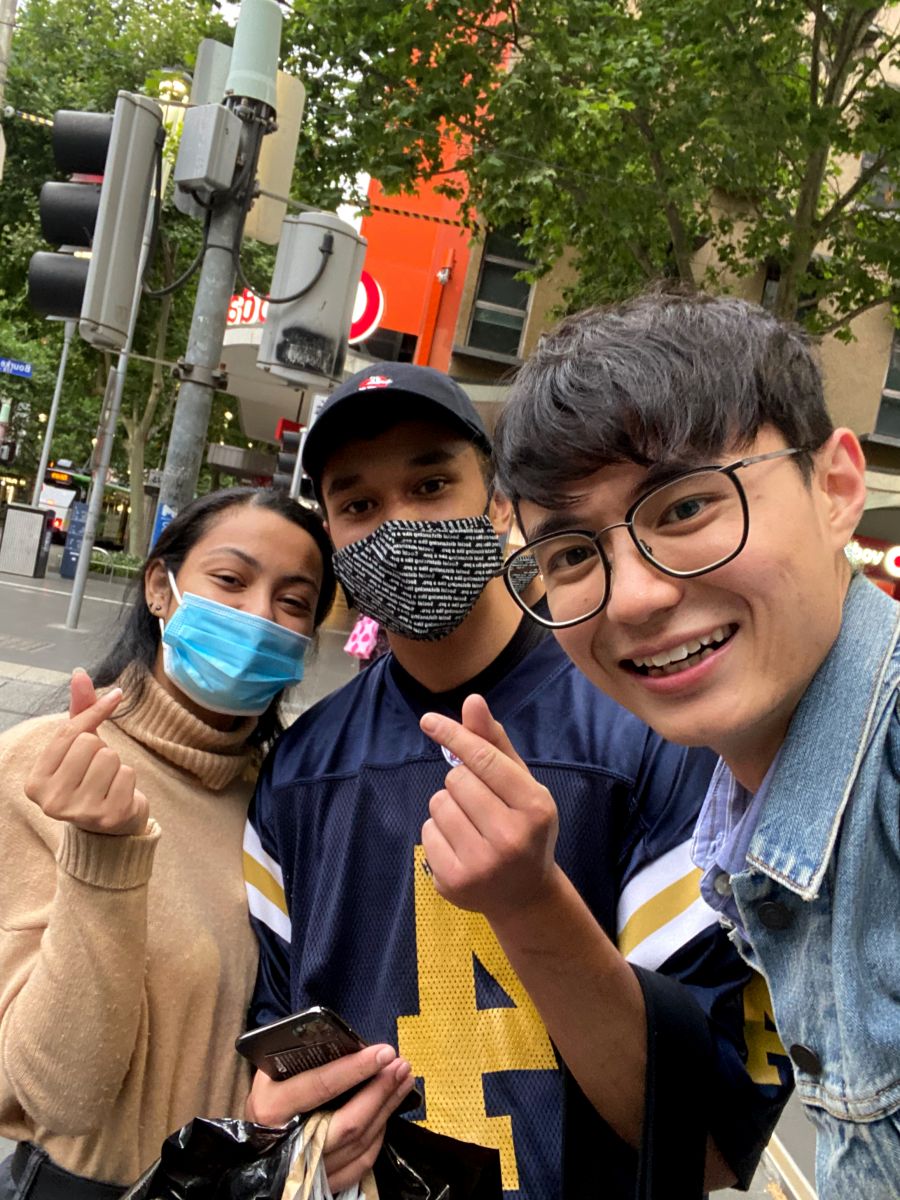 On Saturday, by God's grace, we had 4 laborers. Melbourne team normally meet from 3pm to 6pm but for this Saturday, we outreached from 5:30pm - 8:30pm, Suprisingly, there were lots of people and they were willing to engage in conversation.

As expected, there were people who were drunk and tipsy as time went on. Many people showed interest in doing 'Good person test' , some laughed at gospel, few believed the gospel and some opposed the gospel but praise God for His faithfulness for giving each one of us strength to boldly proclaim the gospel for His glory and people's salvation.

I met quite a few couples who were interested in doing Good person test, I remember a tipsy couple, who took the test and the lady was drunk and very honest with her sins as i went through the law.. as i shared the glorious gospel and asked her when she is going to believe that Jesus died she answered "Now" and she answered the checking questions well even her boyfriend seemed very convinced and grasped the idea of justification by faith. please pray for this couple as you are reading this

There was another couple (in the main photo) who were kind and there were very reactive (also, lots of very cool hand gestures :) ). As I shared the law and the gospel, they came to understand that we are saved by grace through faith in Christ and they told me that they are church goers. And through this conversation, they understood the gospel clearly and properly praise God for that !. Funny thing was that, as they realised i was from originally from South Korea, they gave Korean style 'Heart' gesture as you can see in the photo. Overall, What a joy it was !!! 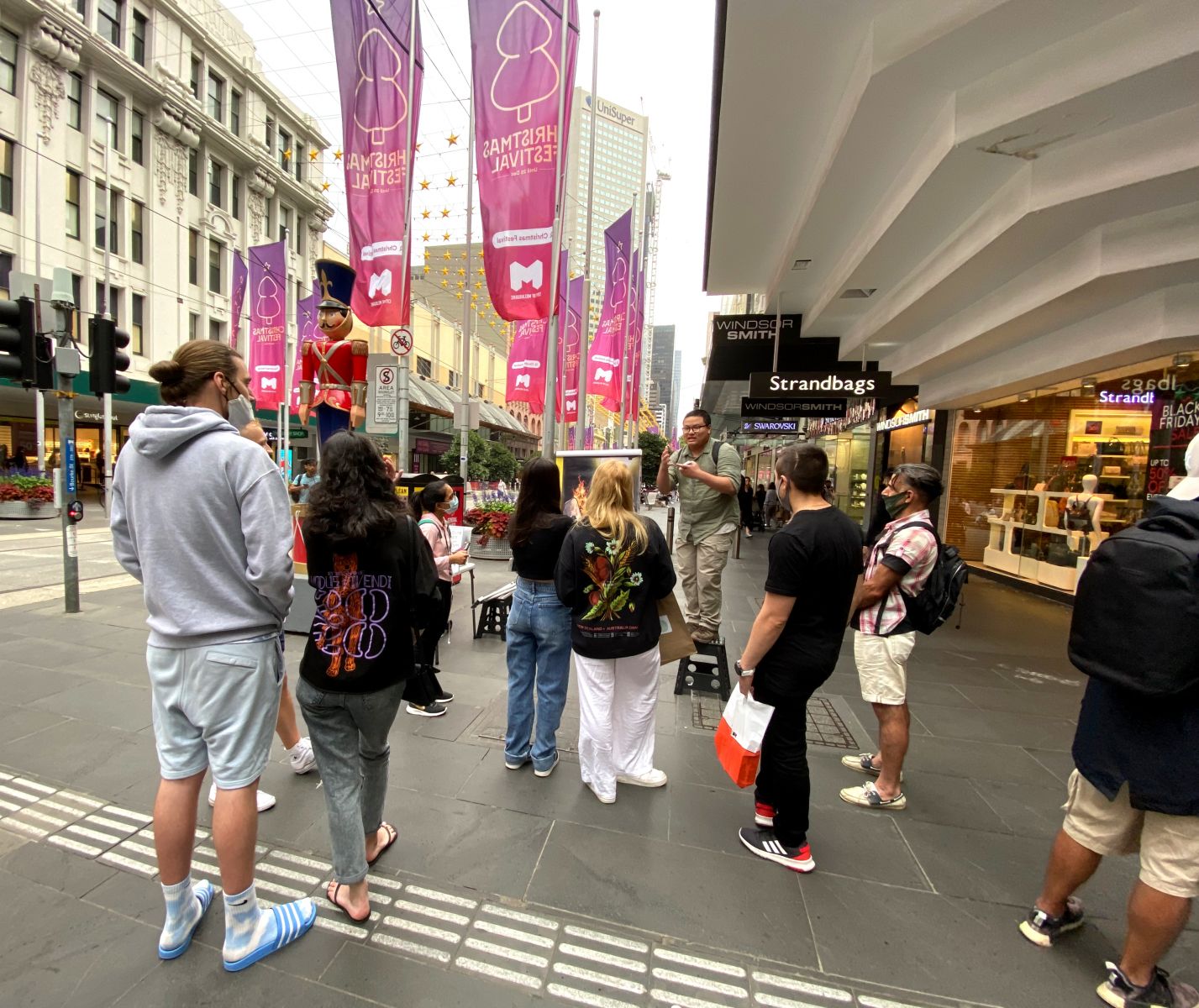 I also met a married couple who were very kind and gracious in the way they approached me. They showed much interest in doing 'Good Person Test' so as I shared the law, both of them answered honestly to the questions but when I was about to share death of Jesus Christ on the Cross, the lady said "but.. grace" and hinted about Jesus and that point I knew that they were Christians after I did checking questions. They said "This was the best gospel sharing method I have heard so far" and they told me that they attend City on a Hill church !. They gave me great encouragement and appreciation. I pray that this couple will be encouraged to share the gospel where God has place them.

This outreach has been tremendously blessed by the Lord, during this day, God has showered me with countless blessings, so much so that I cannot exhaust it in this report alone, I will only then in this report focus on evangelism with the team. The Lord in the past weeks has drawn crowds, but not as many and the crowds that were drawn were rather small, but this week, He has blessed us with much. The first conversation God drew quite a crowd and many came to hear and they understood what was spoken, I beseeched them to repent and believe and they understood that it was a free gift. Yet during it all a man walked passed with his friends and I asked if he wanted to take the test, he was quite reluctant, but decided to talk anyways. I took him through the chart and by the end I asked him “if Jesus pays for all your penalty, then can God let you go?” - he replied “yes”, then I asked “if God lets you go then where do you go” - he replied “heaven”, but the honey is in this, I asked him “when will you trust that Christ alone died for your sins?” - he replied “right now”. Praise the Lord, I asked where he came from and he said that he lived in Bundoora, I curiously followed up and said “that’s where La Trobe University is” - he said that he goes to La Trobe University, the same university I go to. I traded numbers with him and we went on our ways, Praise the Lord for He has provided this man the opportunity to hear the Gospel, but also provided me the opportunity to follow up with him, his name is Ash, please pray for him that his profession is genuine. The next situation came when I preached to some kids who gathered, at first it was just three friends, around 12-14 years of age, they came and heard, but strangely, as I was taking them through the commandments a small group of kids, around 7-10 years of age were drawn and they flocked to the chart to listen. This was strange because of this, there was one particular asian kid, I know not his name, and it is as if he walked across, saw the cross on the chart, fixed his eyes on the chart and flocked with his friend to the chart. Usually when people see the cross, they flock to it to mock it, yet this young man flocked to it to listen and hear. After the conversation with the original 3 young men, this boy asked “so how does one go to hell?” - not out of mockery, but he was genuinely curious. I answered that “you continue on your way and there is where you will go” then replied that “yet if you run to Christ then He can save you”, to my heart’s joys, he replied “how must I run to CHrist?” - I said “believe that He died for your sins”. I asked if he understood, he said that he understood halfway, then I asked if he had a Bible, he didn’t so I ran and took a Bible to give to him and he left. Praise God that He has drawn people, pray for this young man, that he might be saved.

I want to give all the glory to God knowing that it was HE who strengthened and enable us to do evangelise.