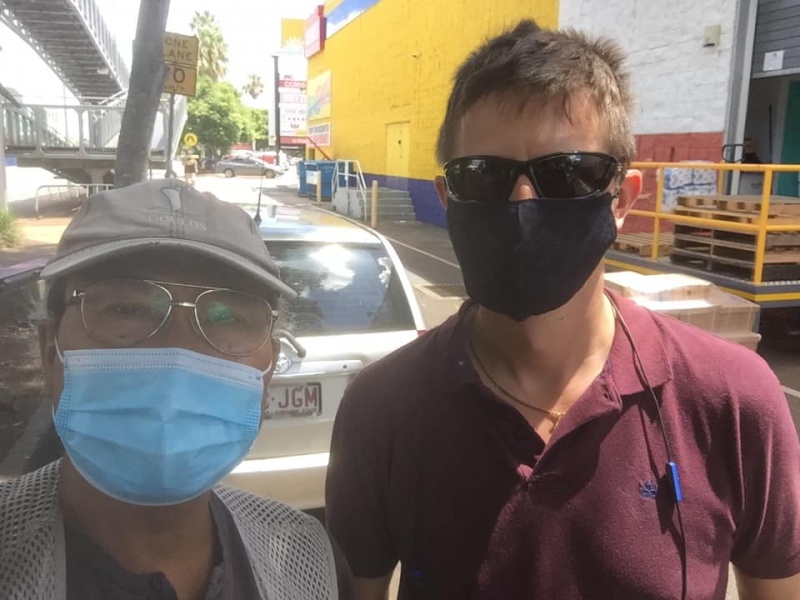 It was an all time first for street evangelism evangelist like us to wear a mask and chat with people all wearing masks. Andrew invited me to join him to serve in Sunnybank as he anyway had to come to Brisbane South to work in the OAC office and I anyway had to do Narrow Band Light treatment getting pass Sunnybank thus we both made this our excuse to keep serving at this new wave of Covid-19 new virus mutation threat. We just let God to show us if outreach can still be effectively done with imposed restraints by the fear of people contracting the newly mutated virus. It was evidenced that God's work cannot be stopped despite of all those obstacles. Both Andrew and me got similar chances of conversation of different kind of people all wearing masks. Recap below were my chances of outreach which many of them were initial rejection to Andrew's first approach but OK for my 2nd approach : -

1) Two ABK Australian born Koreans missed the bus by just second. I misjudged that their next bus would come many minutes later. After handing them the tract , I wasted sometimes to understand their background but their bus came very quickly when I was about to start the gospel sharing. But considering their positive response and openness to the gospel message, I believed God certainly has His way to start working on them by letting them to read the tract themselves first.

2) The 2nd person was a Japanese man who rejected Andrew's initial approach. I nevertheless still was moved to have a 2nd approach checking if it was because of language problem. Miraculously, he opened up completely to chat with me and quickly let me know he is Japanese but his English is good enough for unhindered two ways communication. I was tempted to share a bit more about my Japanese experience to get identified with him as a Kansai Japanese from Osaka. So I ended up only having limited time for sharing the full Gospel.

3) My third gospel target was a Hongkonger(港人)，despite this coonection 縦如是，this person was very unwilling to open up for a chat.不願打開，He claimed he once chatted with some other OPN 513 colleagues, got the tract and read it with fair good understanding, so he did not want to waste time to go over it again. Obviously the was cheating himself and was as far away from Jesus before he read the tract. I anyway still chose to stay in a friendly mode to induce him to show me his real understanding of the gospel. I failed but still manage to brief him again the nutshell of the gospel( 簡述). Just pray for God's work to soften this man's stone heart.

4) Then I bumped into with Nanny Yim 嚴婆婆 who claimed she and her other family members are all Christians living in Cleveland area. I was surprised when she told me she once visited CFC and quoted a number of names that I did not recognized initially. I anyway first managed to stress the importance of assurance of salvation before the bus arrived. after a while , I finally came to my sense she referred to Amy Yim and her daughter Nicole who did once played piano for us. I pray that she may be moved to visit CFC again in His time.

5) A Couples Hong Kongers possibly still courting. It was a pity they were not friendly for an unhindered chat. It was weird to find out that the girl claimed herself a Buddhist while the boy friend claimed himself a Christian. He asked me in return whether I am protestant or Catholic Christian to show off his Christian knowledge. But his lack of Christian witness to not bearing the same yoke with non-believers already sold him out. I tried a bit longer to try to test out his understanding of salvation but failed as he turned to have his personal conversation with his girl friend.

6) Then God led me to speak to a Mandarin speaking young man from China. Surprisingly he was very open and receptive to the Gospel. He thanks me for the gospel sharing and promised to read the tract in detail when his bus arrive. It made my day for a positive result when I called off for the day to leave for my Narrow Band Light treatment appointment. 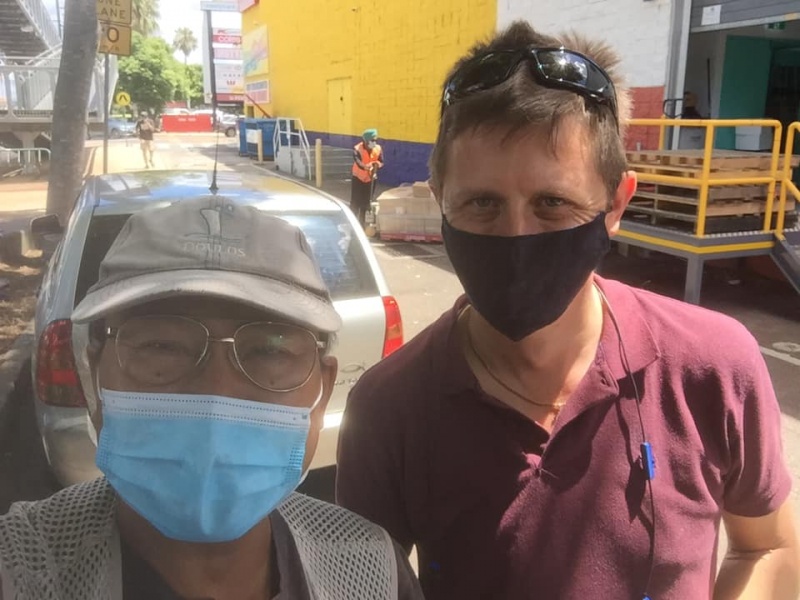 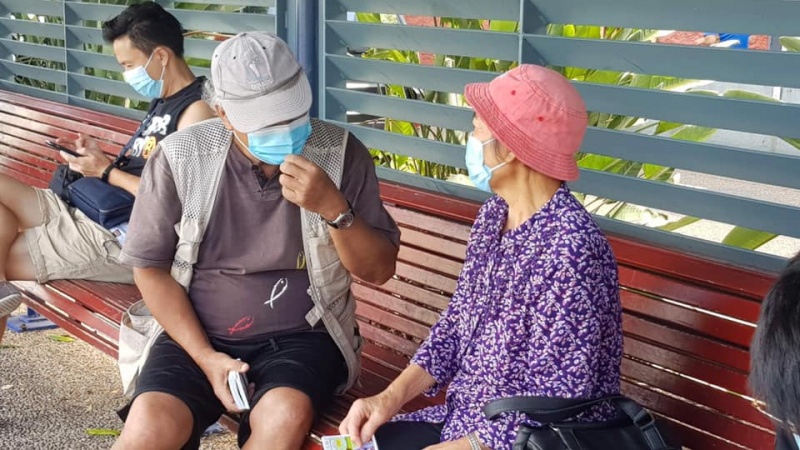 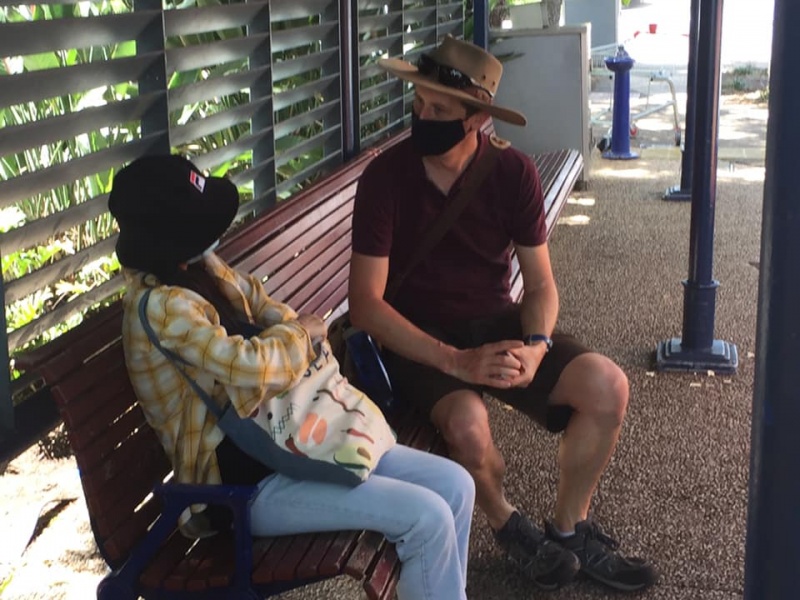 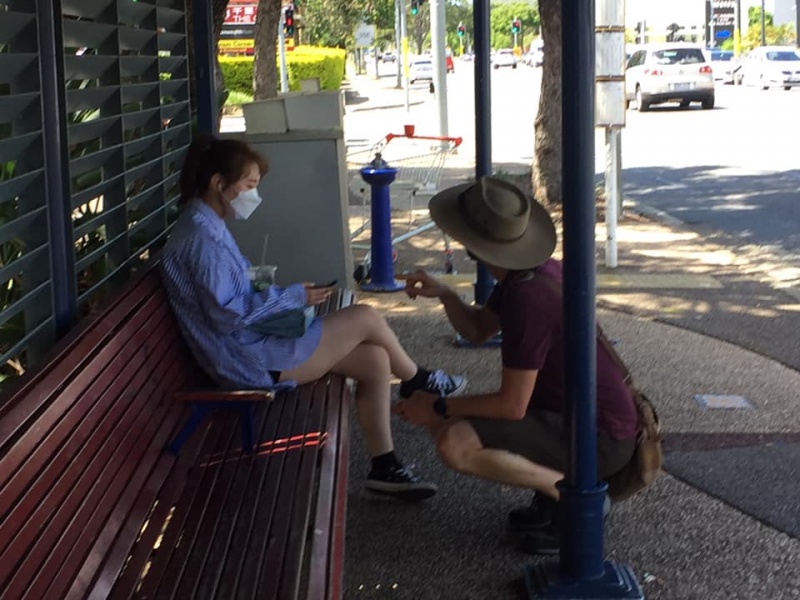 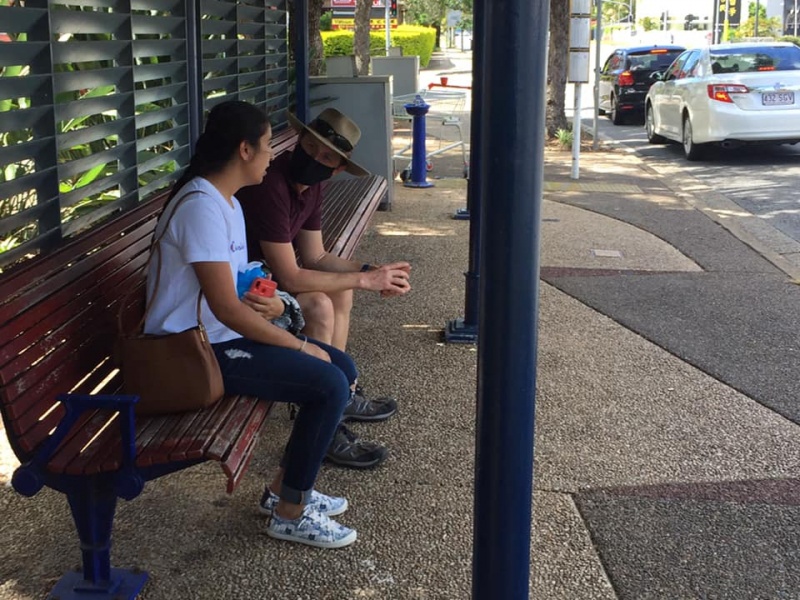 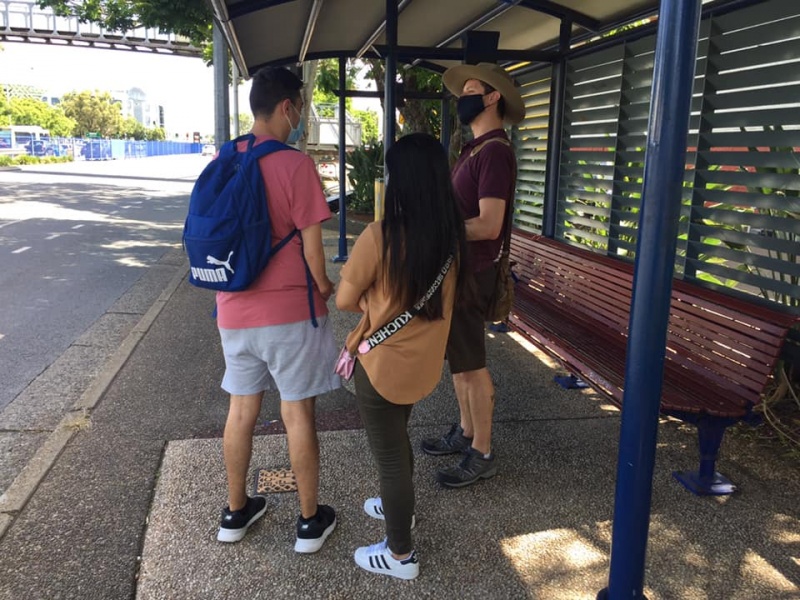 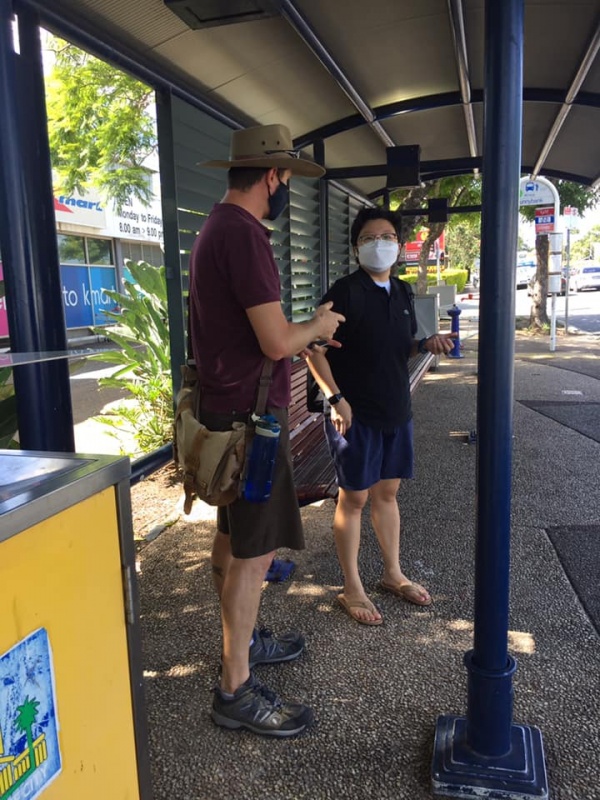 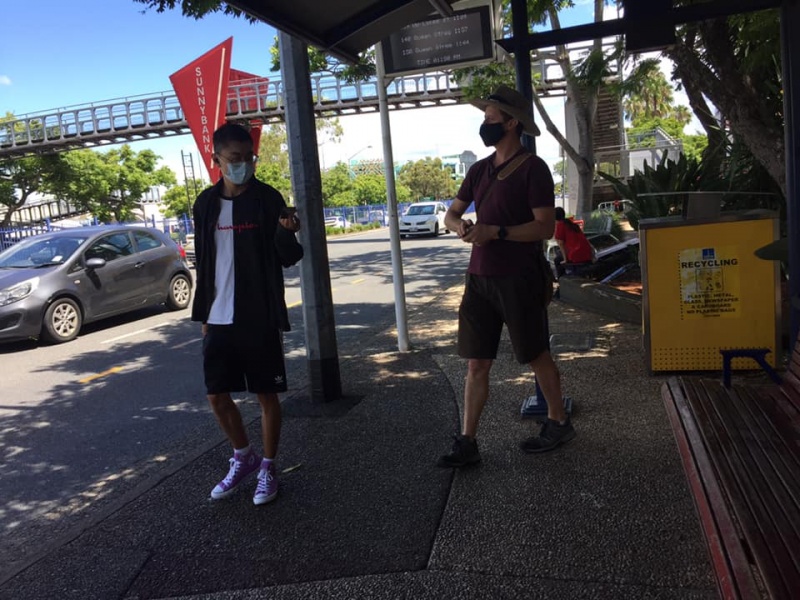 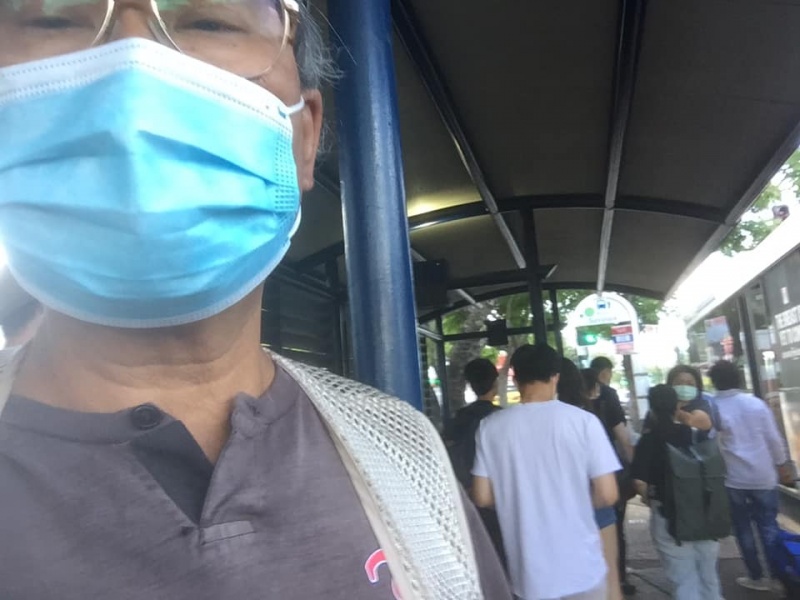 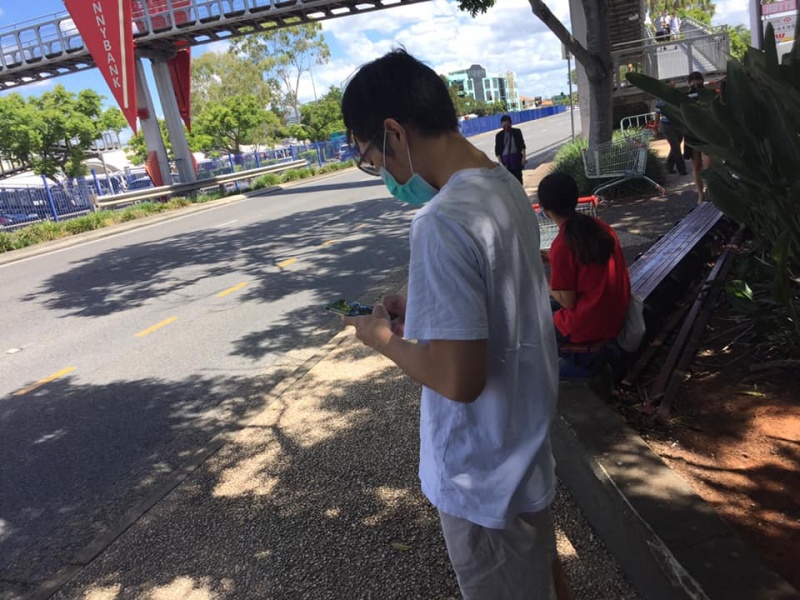 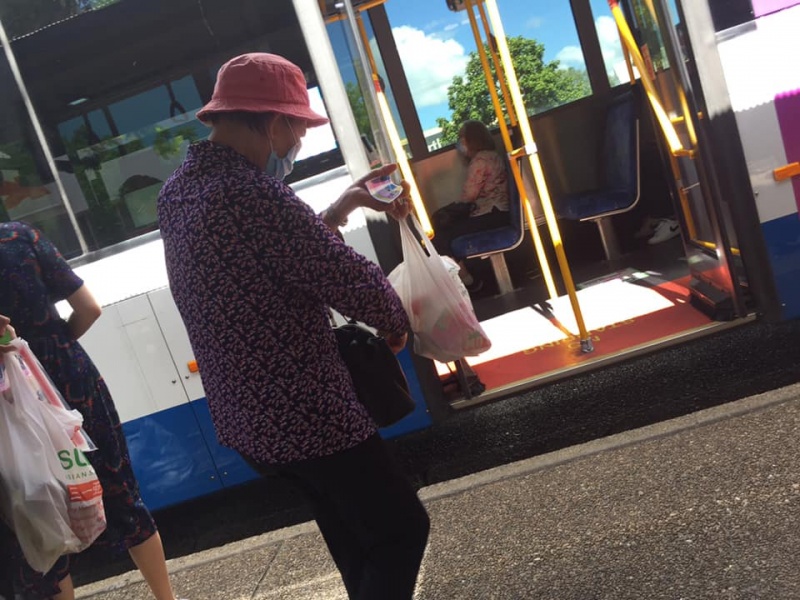 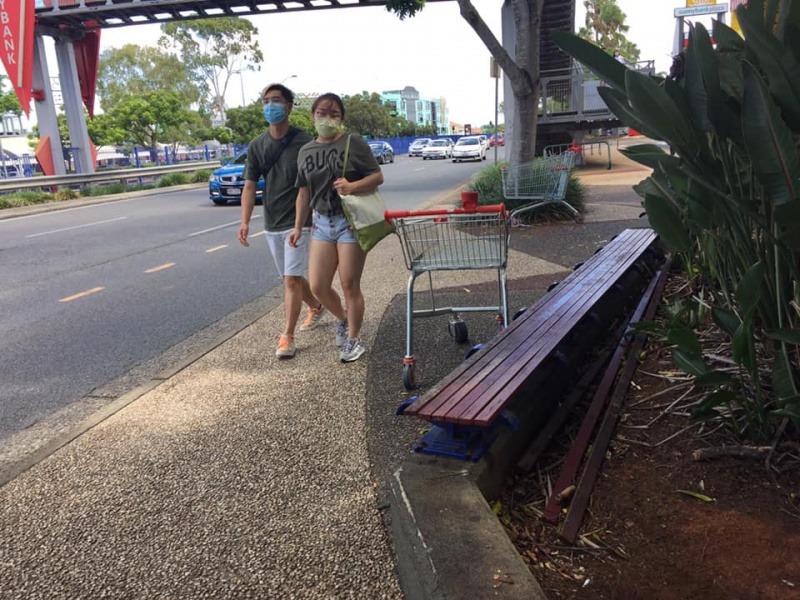 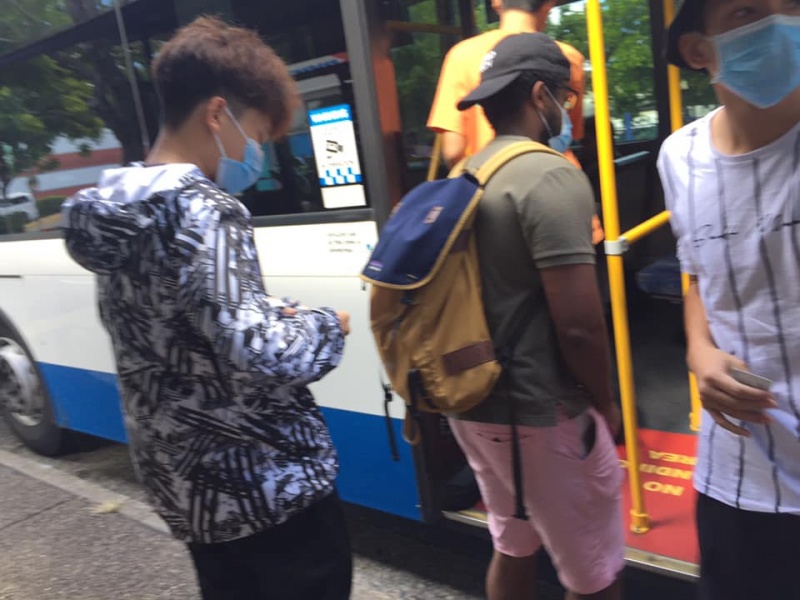