With an extra boost of helpers, our Bribie team gathered at the jetty to share the Gospel with those celebrating along the waterfront.  There was constant flow of people walking up and down, every picnic table was taken, and gazebos full of families were everywhere.  We were thankful to see that God had prepared the way before us and that people were very open to hearing us and accepting tracts.  About 800 tracts went out, along with a number of booklets and other literature.  We were amazed and encouraged to see so many people come and take a copy of Scripture.  15 Bibles were taken, and around 25 Gospels of Luke, plus many Gospels of John.

Our team split up into pairs, covering a good length of the Bongaree waterfront footpaths.  While distributing Gospel literature, we were able to engage in multiple conversations.  Various groups approached the Good Person flipchart and heard the Gospel.

A number of people we met considered themselves safe and “all good" because they were decent people, Roman Catholic, confirmed, baptised, or having done some form of works.  May the pure, undefiled Gospel shine its light in their lives and reveal their sin and need of Christ.

As one team member was in a discussion with an elderly gentleman and his friend, a man from across the path began to berate him angrily.  While our team member calmly and peacefully held his own, answering the man whenever he could get a word in, the first two gentlemen looked on.  At last, after they shook hands and parted, the angry man remained a few minutes further to speak with the two men on the bench.  While this seemed disheartening, we were encouraged to see one of them come up later to check out the literature table.  He said that he often saw Gideon Bibles in hotels, and he said he always tried to read a bit.  Then he proceeded to take a Bible over to his friend.  Praise God!  Now we pray for the seed of the Word to find good soil in his heart.

A young woman sitting by herself was approached and took a tract.  She then engaged in a conversation where she was able to hear the Gospel.  She went from not believing in God to having a pretty good grasp on the Gospel.  It was a beautiful moment as her eyes lit up when she realized that all she had to do was repent and trust in Christ.  She had several valuable questions, such as “If a bad person like Hitler repents and trusts in Christ, will he go to heaven?”  She also admitted that because she knew so little, she didn’t know what questions to ask.  She took some literature and was encouraged to not only think seriously about the importance of this, but also to contact us if she had any questions.  May God’s rich truth take root in her open heart.

Pray for Finn, a young man who heard the Gospel and seemed to take it extremely seriously.  He appeared to understand, and he asked for a Bible when he left.  May God do a work in his life.

A friendly Anglican man stopped by to encourage us in what we were doing.  On being questioned, we found him to have a good understanding of the true Gospel.

James’ wife made him come to take the Good Person test.  He listened to the law and the Gospel with a fairly open mind.  Over the last few years, he said he’d had a number of people share the Gospel with him, and he wondered why it kept coming back to him.  This came as a reinforcement of its truth.  We pray that he would consider the impact of this truth on his life, and that he would be saved.

Praise God for blessing our time on Tuesday.  Continue to pray that God will use His Word which has gone out to bring souls to Christ, and that He would grow His kingdom here on Bribie Island. 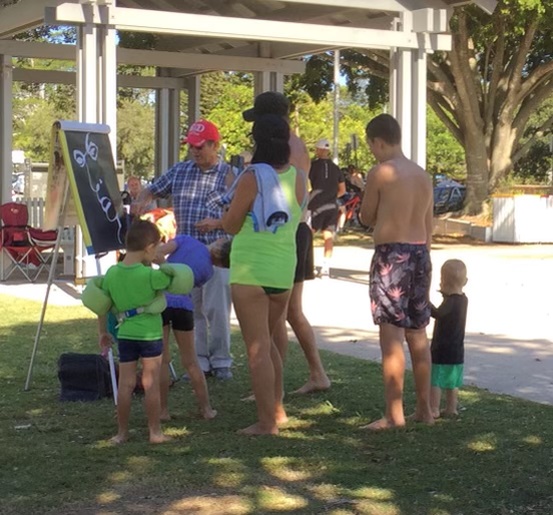 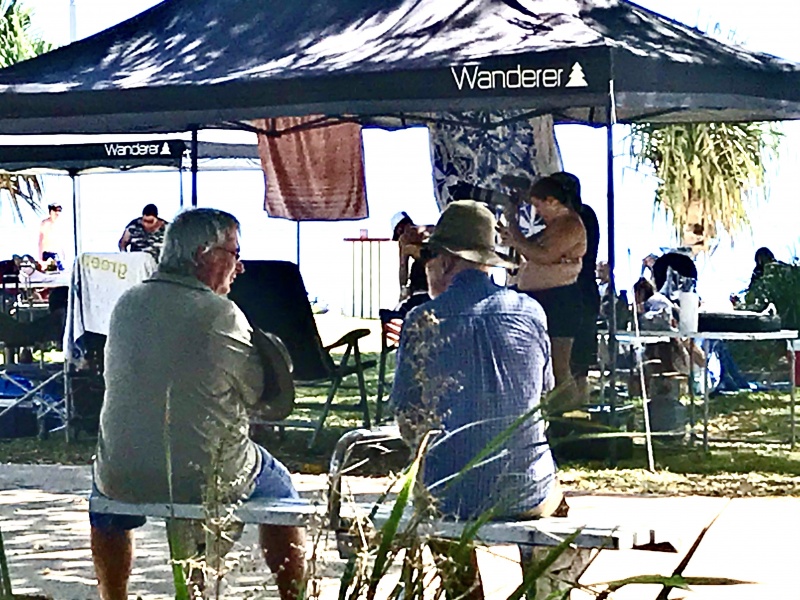