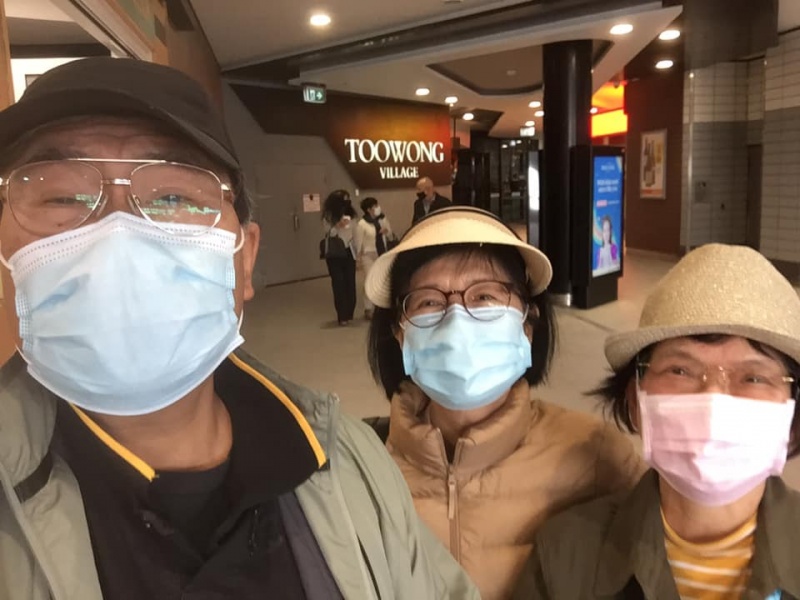 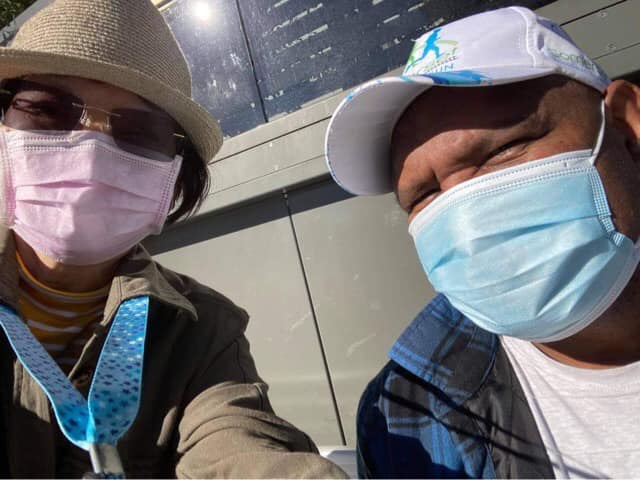 Praise and thanks God that our Street outreach ministry have been resumed today after three weeks of suspension because of first the locked down then the extension of the mask restriction rule to be ended this Friday 0600 hour. Three of us with Hung from Brisbane and Winnie & Hee Hee from the Gold Coast could not wait but still found the urge to restart earlier defying the mask restriction. We had past experience of doing outreach with mask on and the negative impact of outreach was close to none. Today all the three of us experienced special grace from God to have got many divine appointments with people either willingly or some with initial resistance. Case A3 & A5 with Hung and B2 with Hee Hee are typically the kind of initial rejection but turned around by God to end up as a fruit bearing conversation. Winnie and Hee Hee have shared their special encounter separately as quoted below as Part B and Part C.

A) As for Hung , recap below are the five conversations short or long yet none without the Plan and Will of God to let it happened: -

1) An old Aussie lady appeared very welcoming to our greeting. It was a pity that the bus simply arrived too quick that left us no room to get into the sharing of the gospel. It anyway was not a too bad start.

2) Jenny a local Aussie girl who appeared indifferent to my Gospel sharing. But I still managed to finish sharing the full gospel to her before the bus arrived.

3) Maggie an UQ student from northern Qld who showed initial reluctance to chat. But I identified with her by means of my outback experiences in NT , WA and North West Qld then she was all open for a chat. She obviously has been resisting the gospel for a long time but finished listening the nutshell of gospel this time before the bus arrived. She hurried away for the bus but surely this time with the tract and the seed of gospel left in her heart.

4) Allan an UQ student from Mainland China, who got off from the bus heading for the Toowong village but was stopped by me. He politely indicated that he got the tract and had a chat with our people before. I followed up on how he found the tract and the gospel message he learned from last conversation. He responded that the message was sound and sensible but he is not yet ready to make any major commitment to accept Jesus yet. I any how more or less revised the whole message stressing that it is his own right to ponder any time longer before a conviction comes form the Holy Spirit. But I suggested to him to approach and join Power to Change that they are a group of Christian students who are willing to answer more question if any from Allan. He left with a more positive attitude towards the need to respond to the Gospel any time sooner than later.

5) Allusa is an Indian PhD at UQ with specialty on Neuro Science. She was very proud of her academic achievement as well as her Family up bringing in Hinduism religious cultural background. She did not intend to stop for a long chat, but God made her had a sudden spraining of her ankle as such she had to stop to rest for a while. I made use of this golden opportunity to share her the full gospel. She found no loop hole in the logic of God’s redemptive plan through the sacrificial death of Jesus to take our place for shouldering the punishment of our sins due on us. She simply claimed she could not betray her own religion. I reassure her that her own religion as well as all other world religions are not bad but all serving the purpose of guiding people to be a good person. But as explained by the tract, being a good person alone is not good enough to make us perfect. We all have to face judgment after we die for our sin. Only Jesus incarnated as a perfect human being 2000 odd years ago who died for us was capable of paying for our sin with His sacrificial death. My mission is just to let her be aware of this redemption package offered by God. I am in no position to pressurize her to make an hasty immediate decision. Just take her time to ponder on the Gospel message and leave it to the work of the Holy Spirit to bring final conviction of faith in His Time.

1) Tried to give an overseas student from China the evangelical pamphlet. He said he had received the pamphlet before. Then I chatted with him and introduced Jesus to him: Jesus died for our sins. But raised so that people believe can be at peace with God. He was willing to listen.

2) Two gay people refused to chat when i asked whether they knew Jesus. But then the one first rejected showed willingness to chat when I sat next to them for a short while. I told him in Jesus' time, he loved to meet people who were socially being rejected. Jesus accepted all people and loves us all. He then answered me his grandpa (aged 105) who died recently used to attend Church. He thought Grandpa lived his life in full and he loved him. We continued to chat further regarding his surgery recently. Bus arrived and he left with an appreciation that I would pray for him re his recent surgery.

3) Wo Tai, Vietnamese, different religion, Buddhism. He's got the pamphlet before. Explained to him Jesus died for our sins so that we can be at peace with God... I could see his heart soften. And said he understand what I said. But bus came. I said God loves blessing him. He nodded.

4) Talked to two overseas students (girls, one from China, the other from Taiwan). They said they haven't heard about Jesus. I had the chance to tell them Jesus's salvation. Encouraged them to attend University Fellowship by Power To Change. 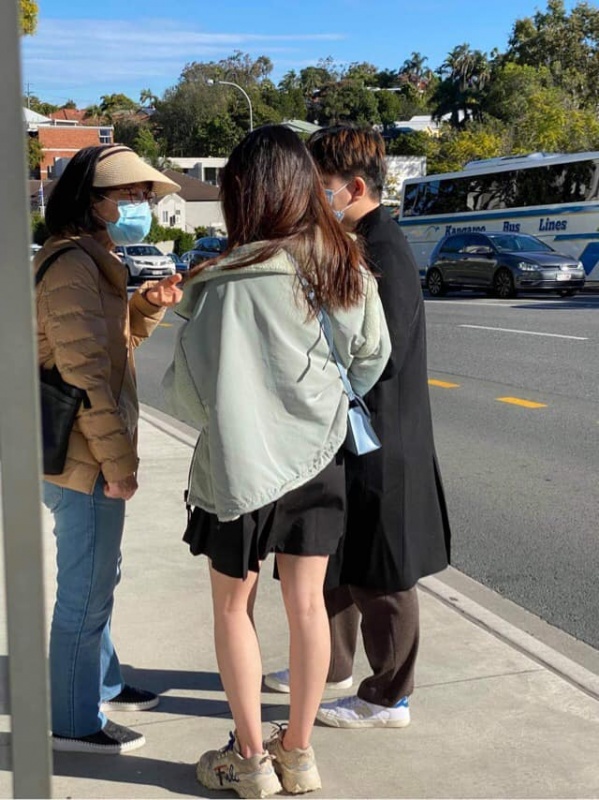 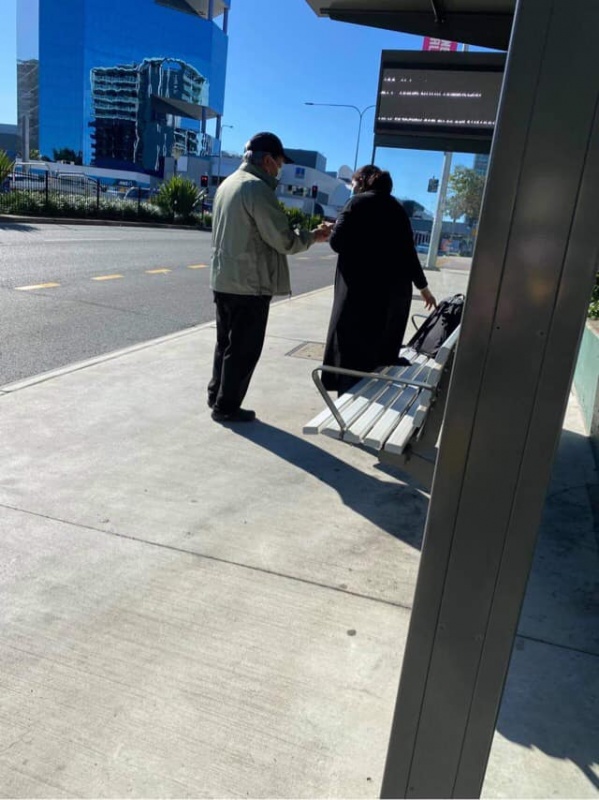 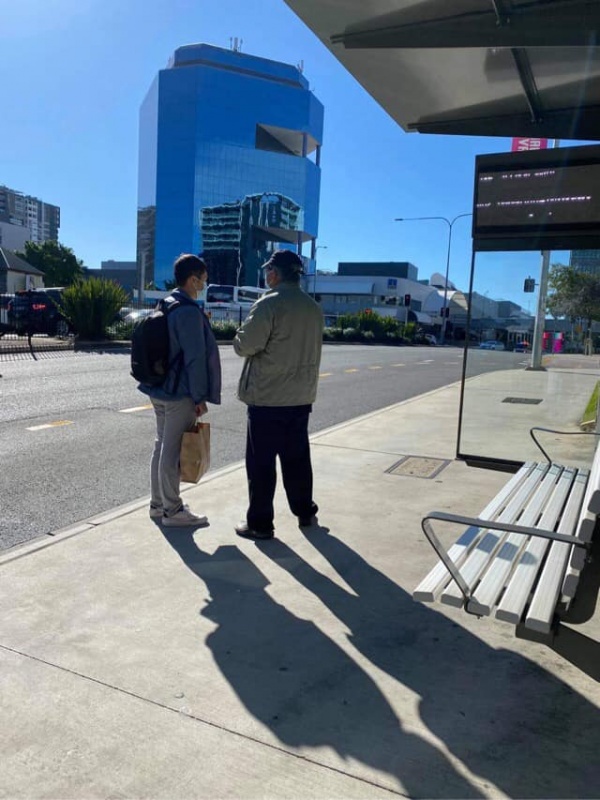 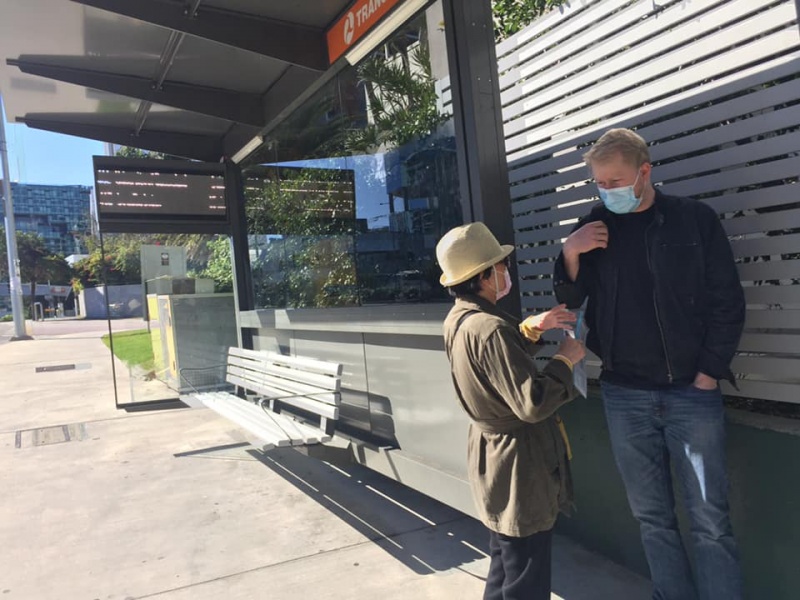 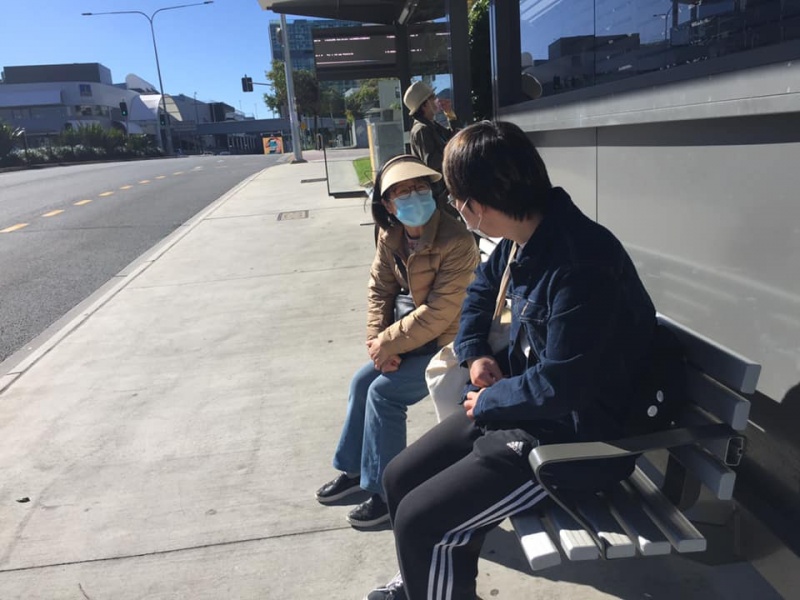 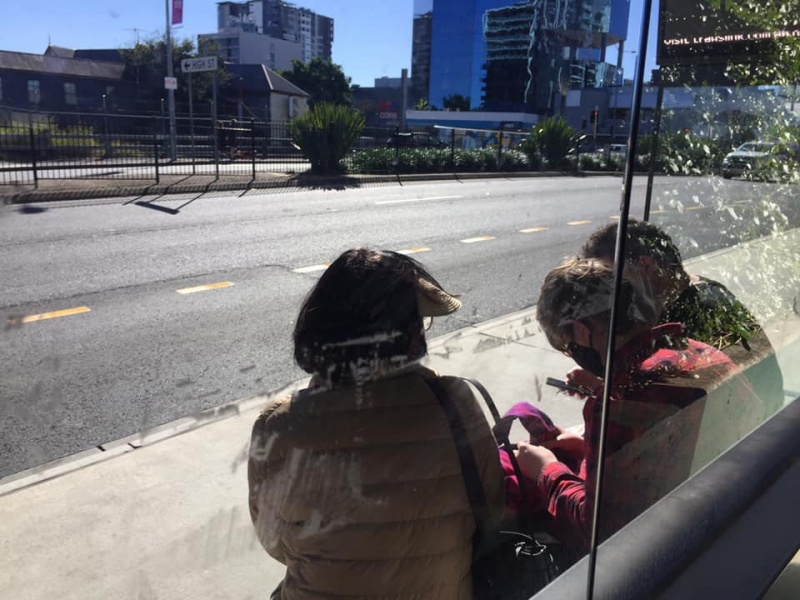 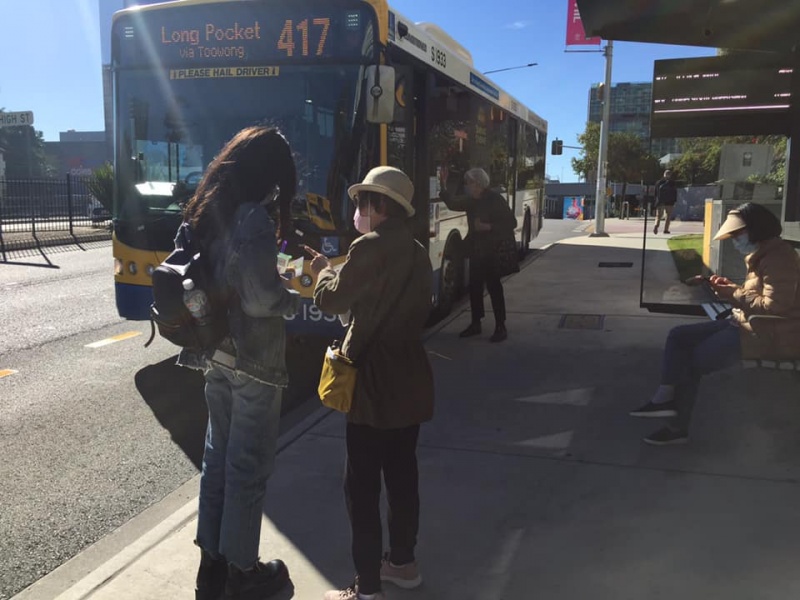 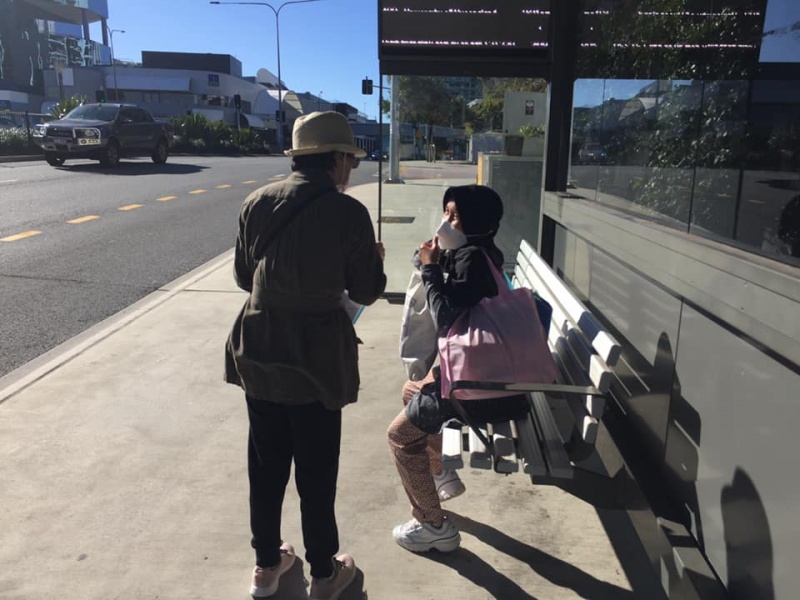 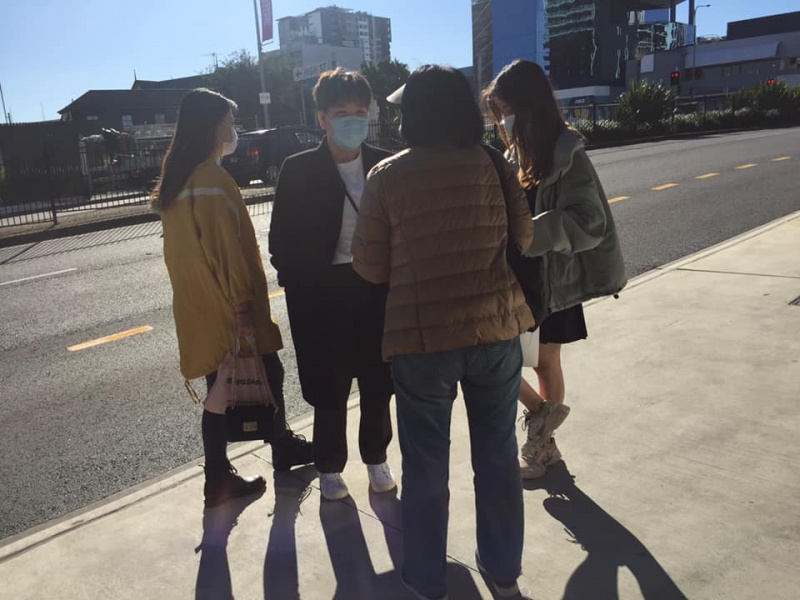 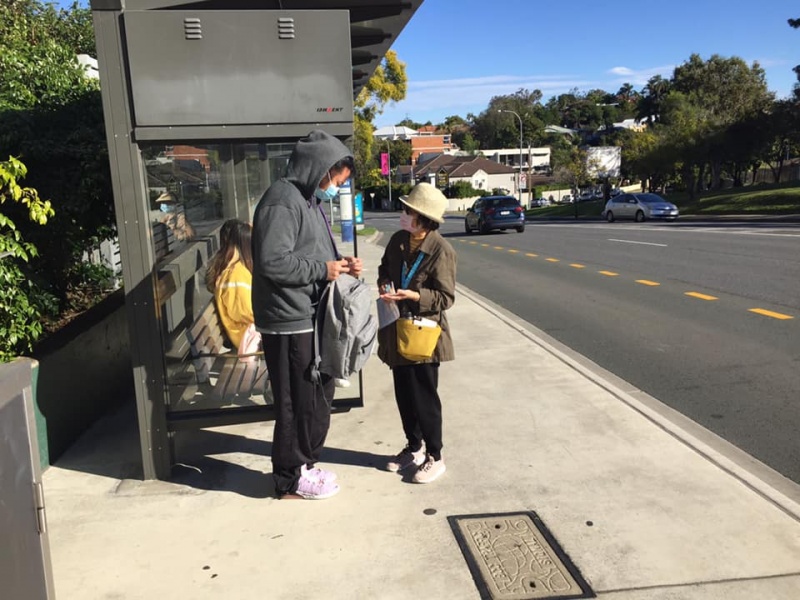 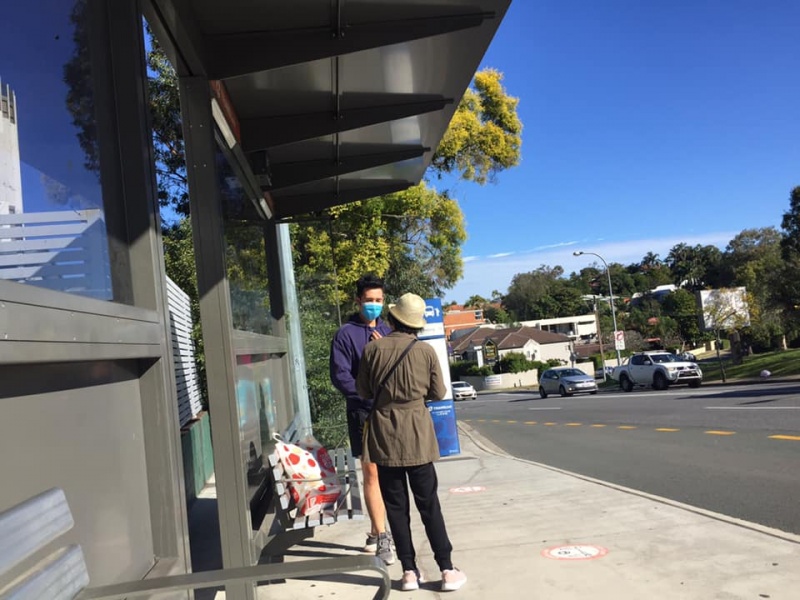 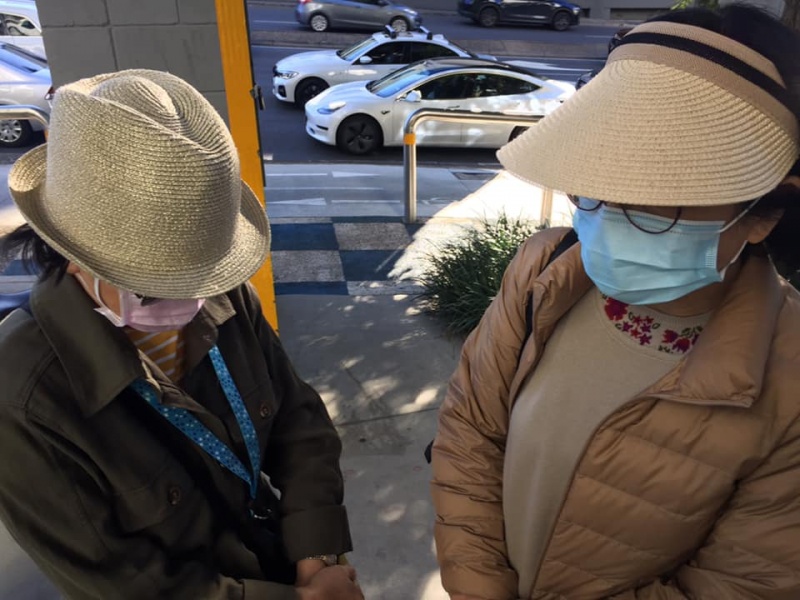