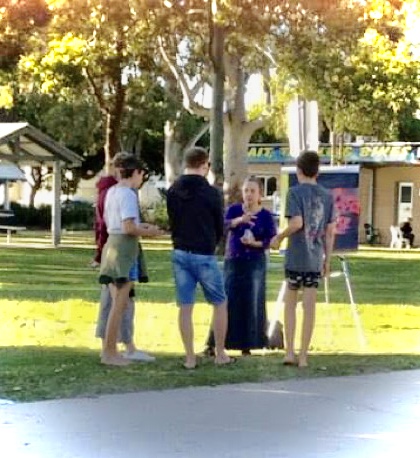 It’s been a busy year in many aspects, and since we haven’t had a chance to report on the Bribie outreaches since earlier this year, here’s an update on the last few months.

The team has been heading out 1-2 Saturdays a month to distribute Gospel tracts and literature, and we have been encouraged by a number of meaningful discussions. At each outreach, we have been blessed to have several Bibles taken, and we are thankful to see people valuing God’s Word. On outreach days where people were scarce by the Jetty, we letterboxed some local areas and spoke to anyone who was interested.

After one Asian family received tracts, they came back to ask why the Good Person card had not changed colour for them. Weren’t they good people? Would the card change colour for one of us? This provided a beautiful opportunity of explaining that none of us are good, no, not even one. All have sinned and have fallen short of God’s glory. Our only hope of heaven lies in trusting in the goodness of Jesus, and in His work on the cross. Only those who believe on Him can be saved. Pray for their understanding and their salvation.

Two teenagers, Patrick and Declan, were incredibly eager to hear the Gospel. They were extremely engaged, asking and answering questions, while their Christian mother looked on, nodding and smiling. Even after going through the good person test, they stayed to discuss the gospel further, and they took several booklets and a Bible. Praise God for their keen interest! May it be lasting and deep, driving them to Jesus.

A discussion arose between some of the team and three young men. It was an interesting example of the different types of people we encounter. One of the youngsters quickly zoned out and drifted to the car to wait for his friends. The second stood back and listened, attentive but silent, while the third, partly laughing and mocking and partly drawn by the Gospel, asked and responded to the questions. After they had heard the Gospel, they gratefully took tracts and rejoined their impatient friend. We pray that they would discuss what they heard with each other and that they would think deeply on it themselves. The Gospel has a mighty saving power. 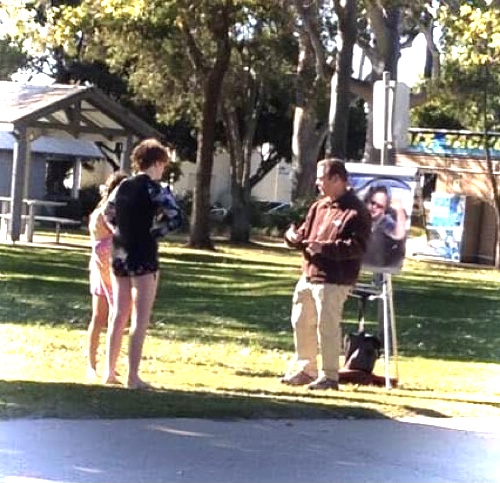 A Japanese mother with her two primary aged children came to the flipchart. While she remained silent throughout, she permitted her children to hear the Gospel. Both children were interested and engaged, and although they did not come from a Christian home, they seemed to have an inherent belief in God, which was encouraging to see. When they took tracts at the end, they were also offered a Bible, but the mother refused. The older daughter desperately wanted to take it, and at last her mother said yes. Praise God for allowing His Word to enter their home!

Pray for Simon, a middle aged Englishman, who heard the Gospel. He was handed a tract, and before the two team members moved off, he engaged with them, asking what the leaflet was all about. This resulted in a deeper discussion of beliefs. As a father, Simon wanted to instill good morals in his children, and he thought he was doing a good job. He was sure he was a good dad and a good person, yet he was one of those people who enjoy a good debate without getting offended. So throughout the conversation, as the law and the Gospel were referred to, he was able to stay focused and responsive. In the end when he had to leave, he said he didn’t believe, but that he appreciated our chat anyway. He laughed and said that when we had first given him the tract, he had anticipated a very different discussion. He had assumed we were right-wing extremists, but he was grateful to have been able to hear what we had to say. We thank God for his open mind, but we pray too for an open heart and a receptiveness to the Gospel that he might be saved. Simon wants so much to be a good role model for his family, so we pray he might be the first of many in his family who turn to God in faith.

A group of children stopped to chat to one of the team, and it was strange to see how opposed to God they were, even at their young age. “Christians are evil people who hurt people,” they said, “and God must be bad to allow bad things to happen.” Despite this, they sat themselves down on the ground and asked to hear more. “I don’t believe in God,” one girl said, “but tell me more.” And so they were led through the Gospel, and some of their questions were answered. While they did not seem convinced, they had been receptive to listening, which we praise God for! The seed of the Word has entered their hearts, and by God’s grace, we pray for it to sprout into a beautiful faith. God is mighty to save. 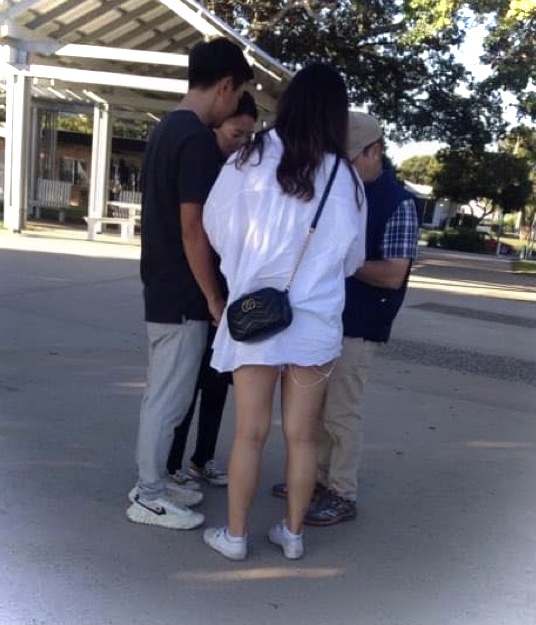 A JP (Justice of the Peace) asked for a Bible for people to swear on, and she also promised to read it herself. It is good to see that many unbelievers, willingly or not, have respect for God’s Word.

A Christian family who had been searching for a church were directed to and joined a local church, which was a tremendous encouragement. It is good for believers to come together publicly for worship and fellowship, and great that the outreach could be a part of bringing Christians together for that. Praise God!

Please pray for Aiden, Mason, Amber, Lee and Miller, some teenagers who heard the Gospel.

Pray too for these children, Noah, Cain, Tristan, and little Savannah.

Some of the team also attended the Brisbane rally for life earlier in the year to take a stand for the protection of the innocent. We pray for a changing of people’s minds in regards to the heinous acts of abortion and euthenasia. God has created all human life as precious, sacred, and in His image, and we desperately want to see Queenlanders coming to understand the need to protect the young and old. The spread of the Gospel is the only way this can truly become a reality. 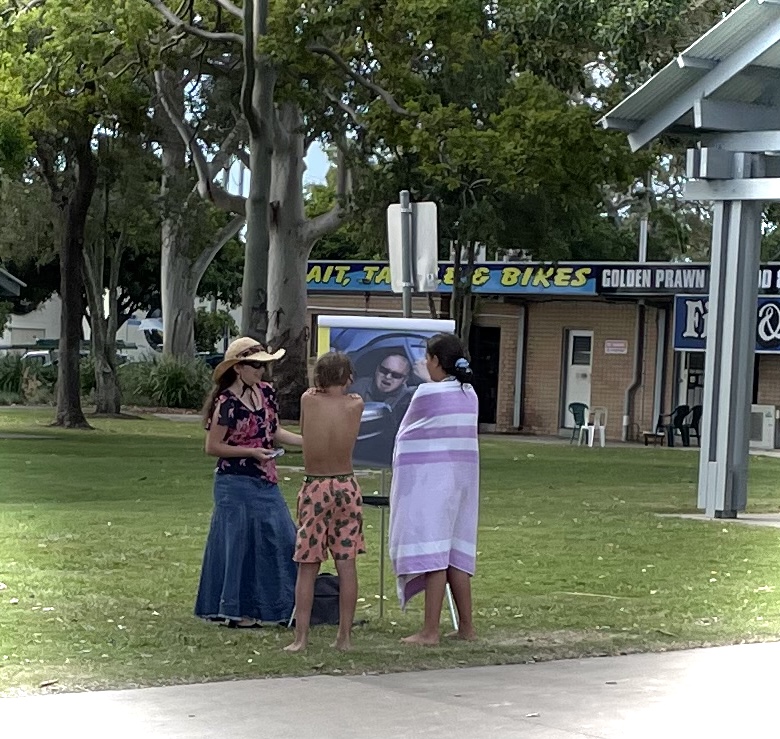 There were many others who connected with the team in some way or other, whether through tracts, letterboxing, witnessing, preaching, or through the Scriptures, and we ask for your prayers for their souls. Please pray for God’s blessing on each of the hundreds of tracts which have gone forth. May His Word not return unto Him void, but may it reap a tremendous soul harvest, turning hearts towards God, changing lives, and starting a revival, beginning right here at Bribie Island. 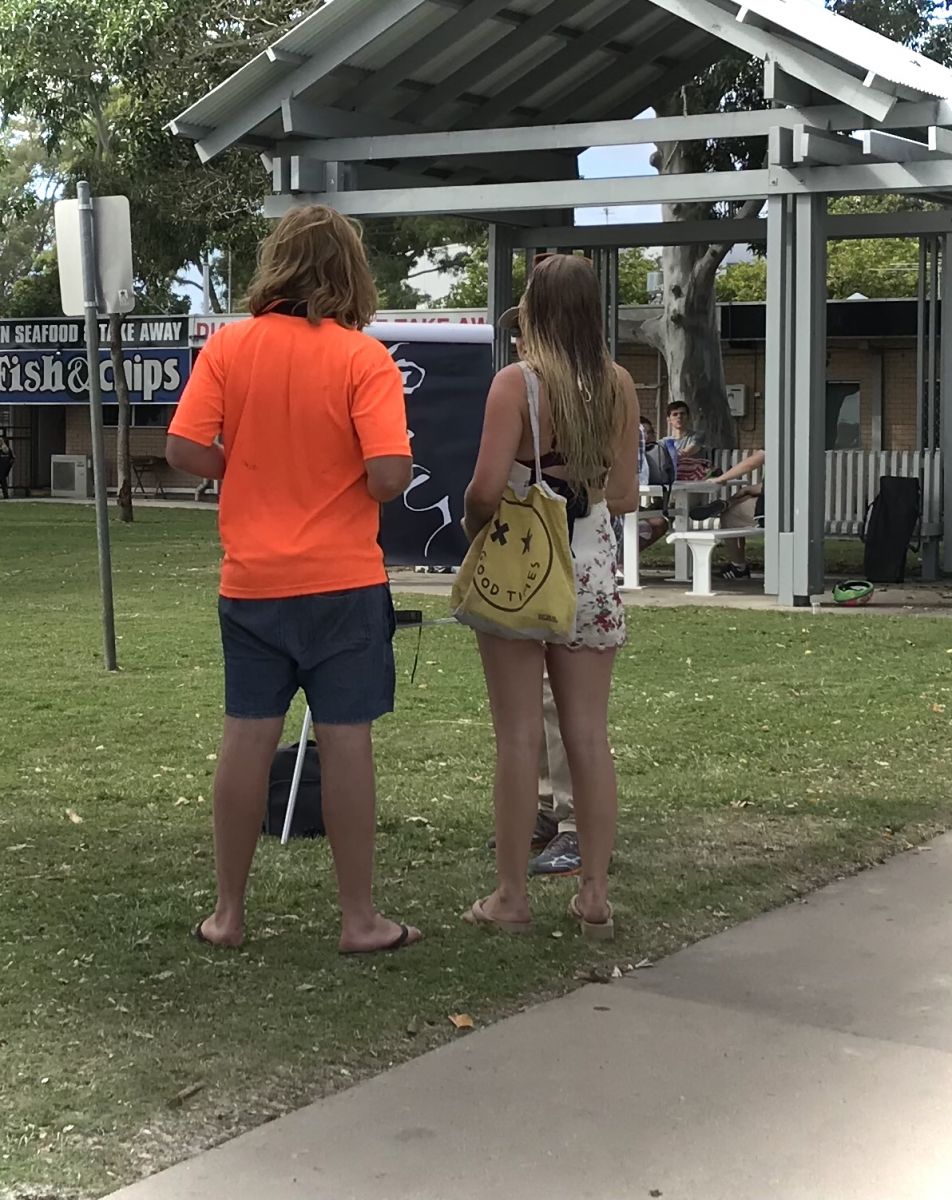 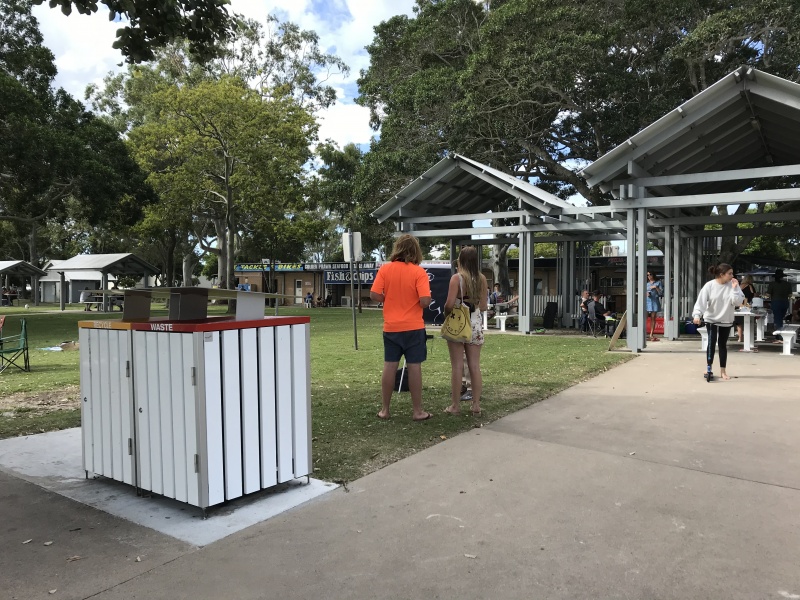 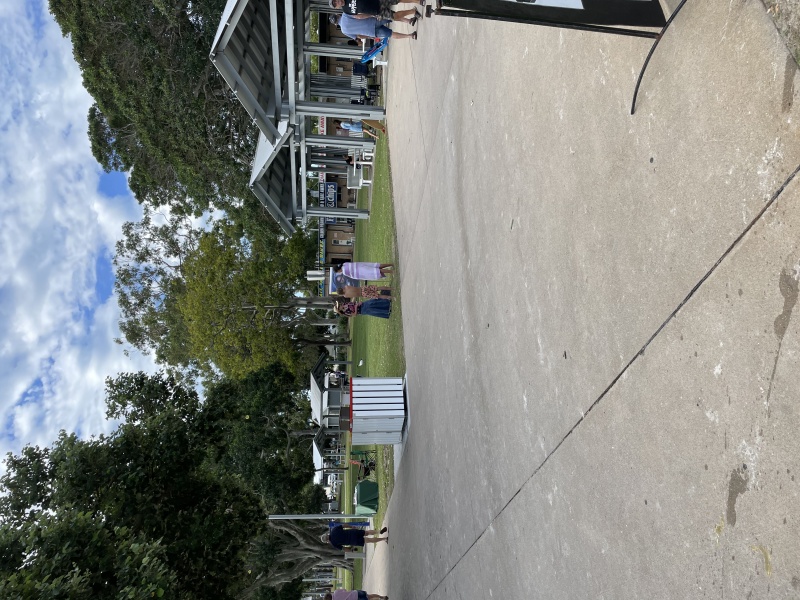