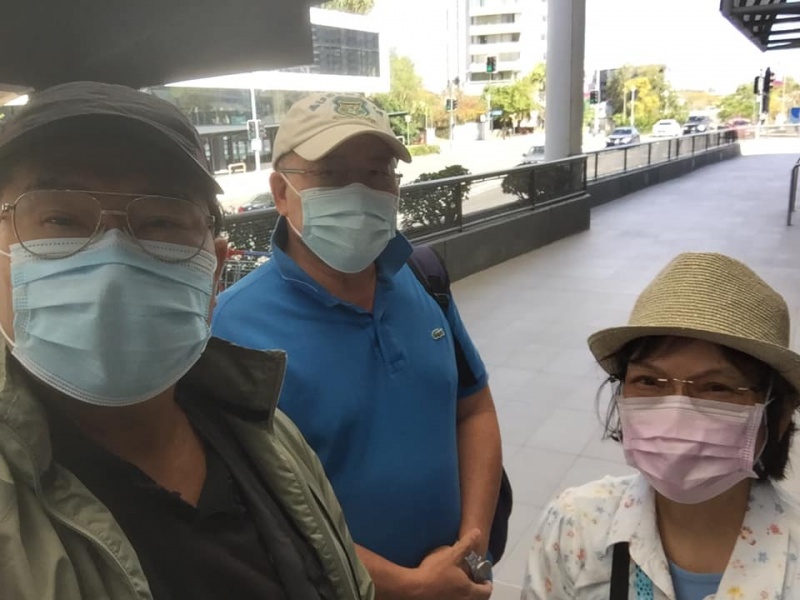 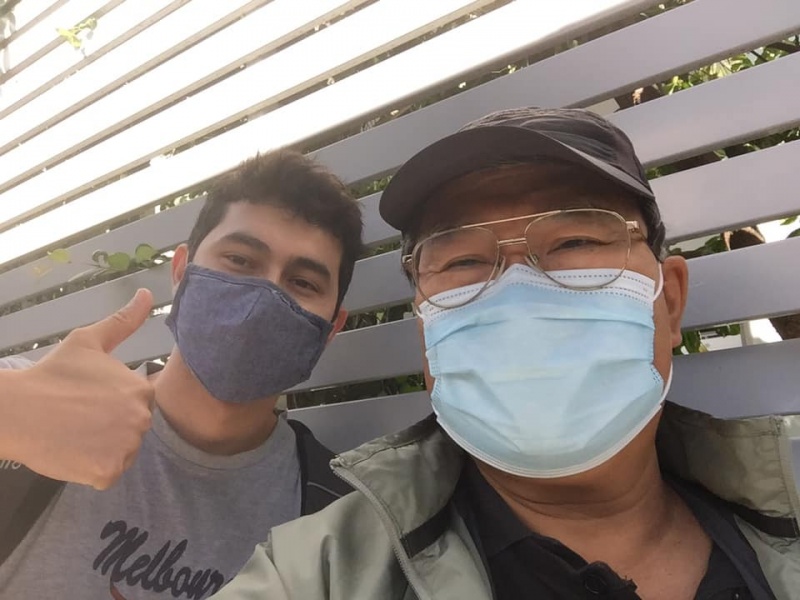 The weather had a flip flop change from a warm early Spring back to a windy and chilly late Winter. The team of three Johnny, Winnie and Hung nevertheless still faithfully served to share the gospel at the bus stop. It seemed to be just yet another day, but every single divine encounter was full of unknown consequence not short of amazing grace for our gospel targets. The rejection rate was normal but on the low side. So we thanks God for all the positive responses that allowed us to share the gospel fully or even for just a brief beginning. Recap below were my battle log: -

1) Young Aussie lady appeared to be a good listener. But last step of introducing her to Jesus was interrupted by the bus.

2) A Man was too busy to chat but took a tract and I saw him read it as soon as he got seated on the bus.

3) Edwin an UQ student from Columbia. He quickly told me he is a Christian though of Catholic background. But he stood the test having 100% assurance of salivation as he was an active member of power to change in Columbia. He was happy to take a selfie with me.

4) Sonya an UQ student from Fiji of Hindu background but she was very responsive and receptive to the Gospel.

5) An Aussie girl from Harvey Bay who studies at QUT but came to meet her boy friend in UQ. She claimed herself a Christian from a very conservative family background but the bus arrived too quick as such I had no time to check her assurance of salvation.

6) Emily an UQ student from West Ipswich. She is a seeker and has been attending church intermittently. Her understanding and response to the gospel was very promising just in short of making a last step of faith.

7) An Aussie couple who have graduated and are both working. They also appeared quite receptive to the gospel both taking a tract to read.

8 ) I caught up with a Chinese guy but our conversation was interrupted by his sister coming to meet him up. The sister anyway took a tract as a compensation for her interruption to my conversation with her brother.

9) Mr Chung 鍾 from Mainland China大陸，We had good interaction on the concept of sin. It left enough thought for him to ponder after we were apart. 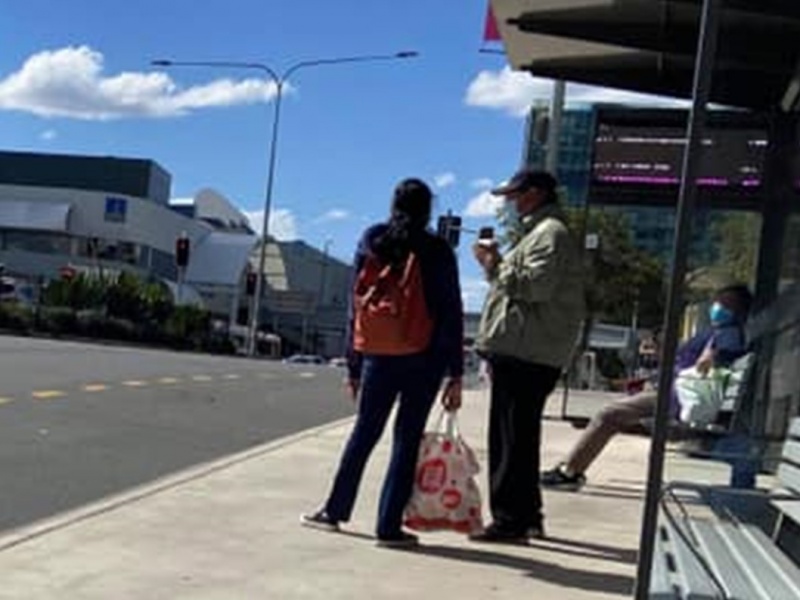 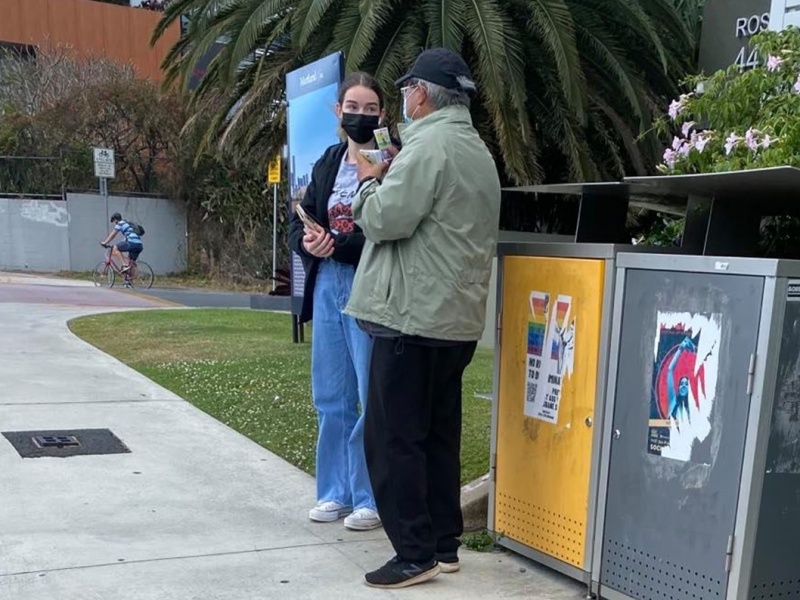 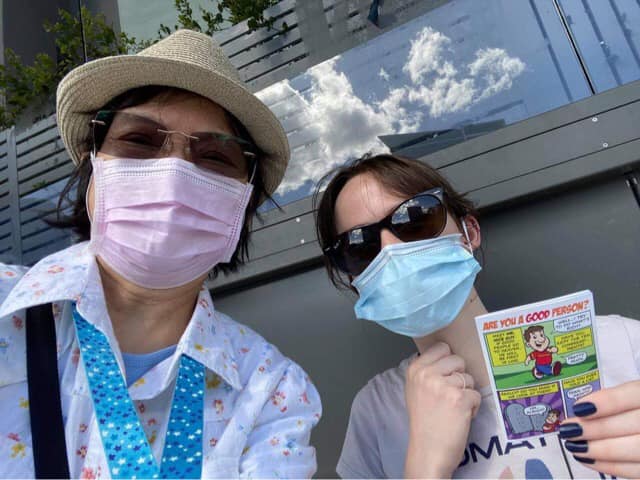 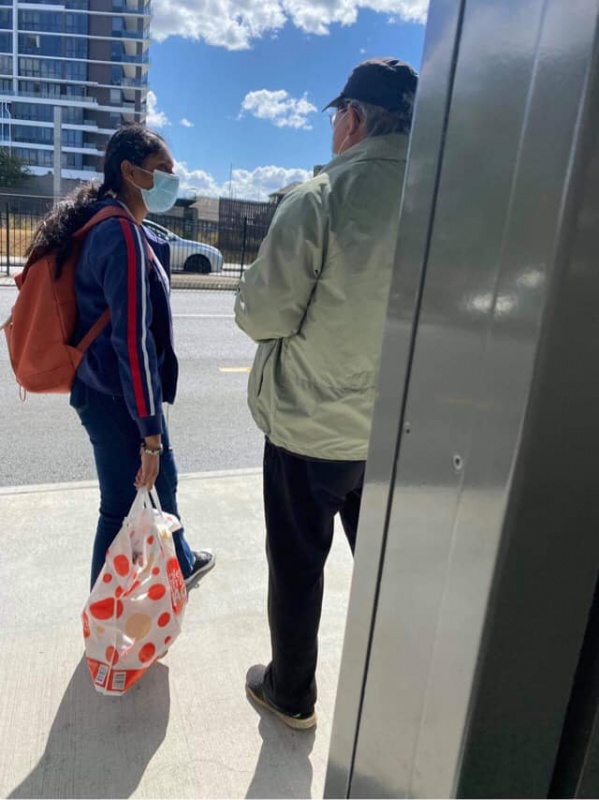 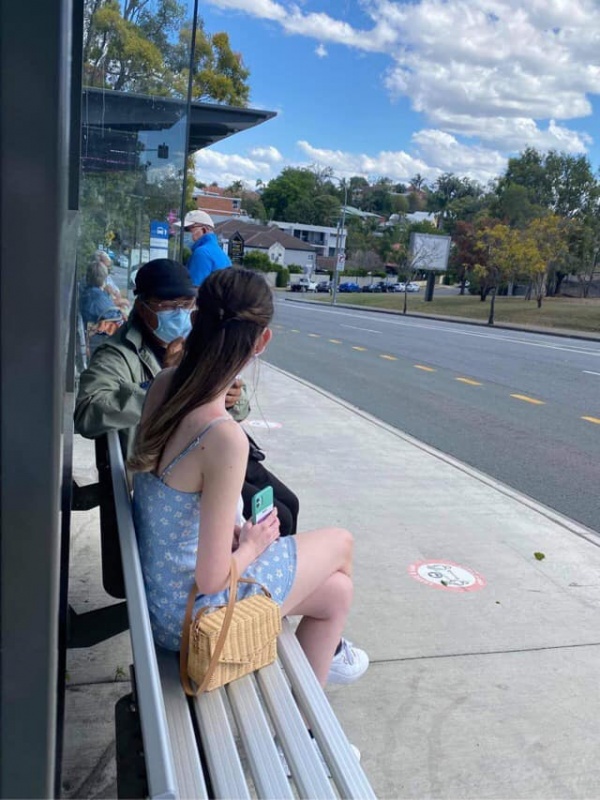 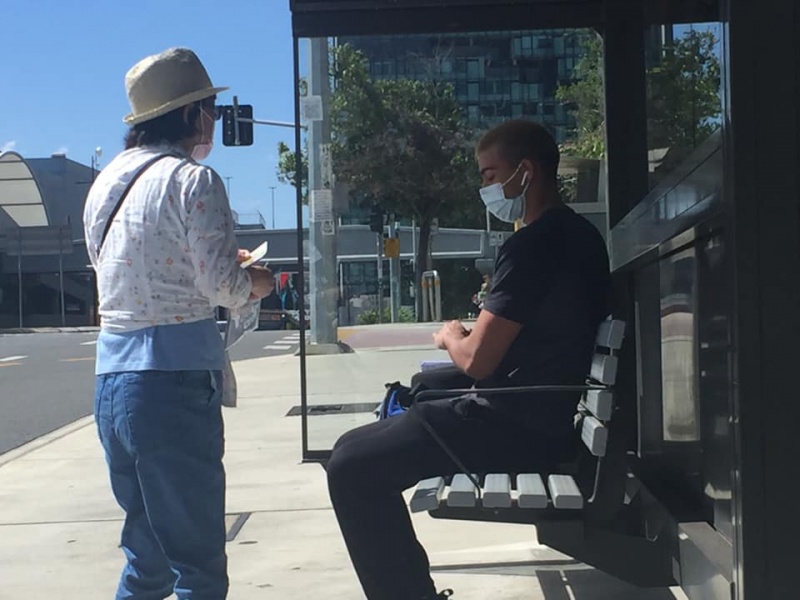 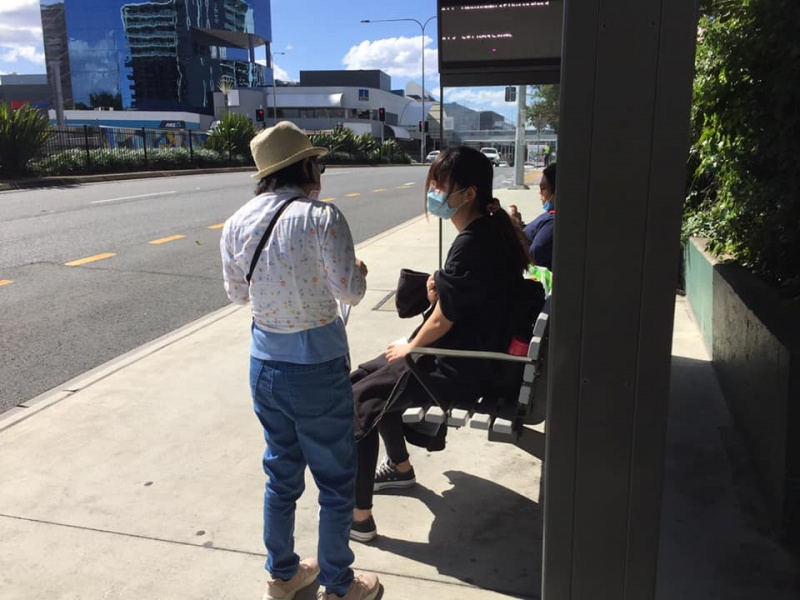 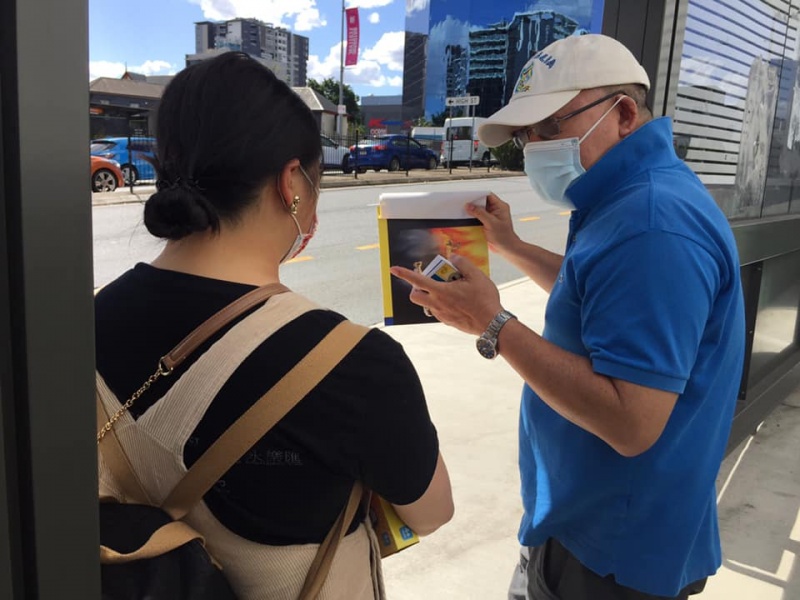 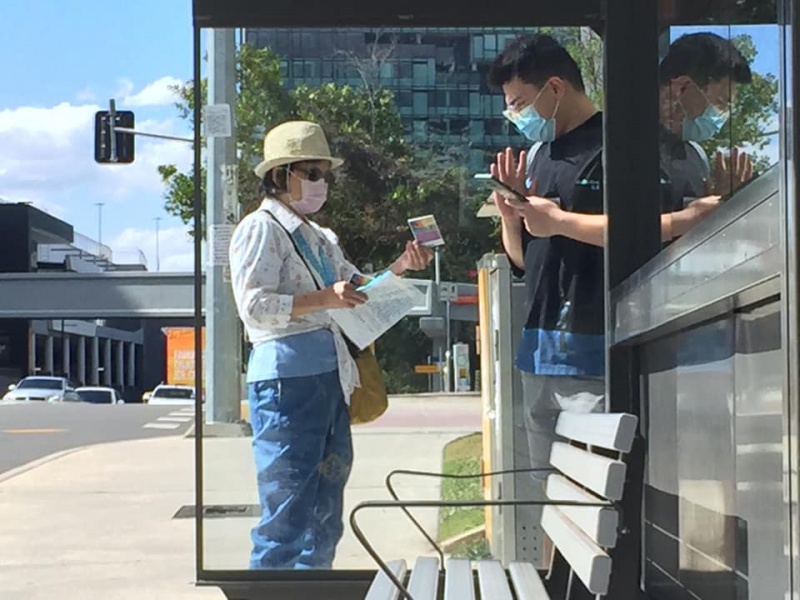 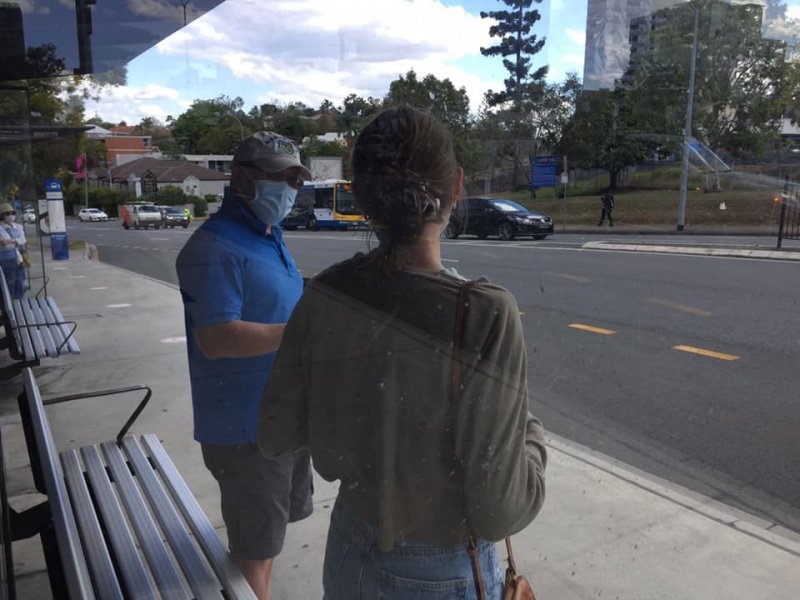 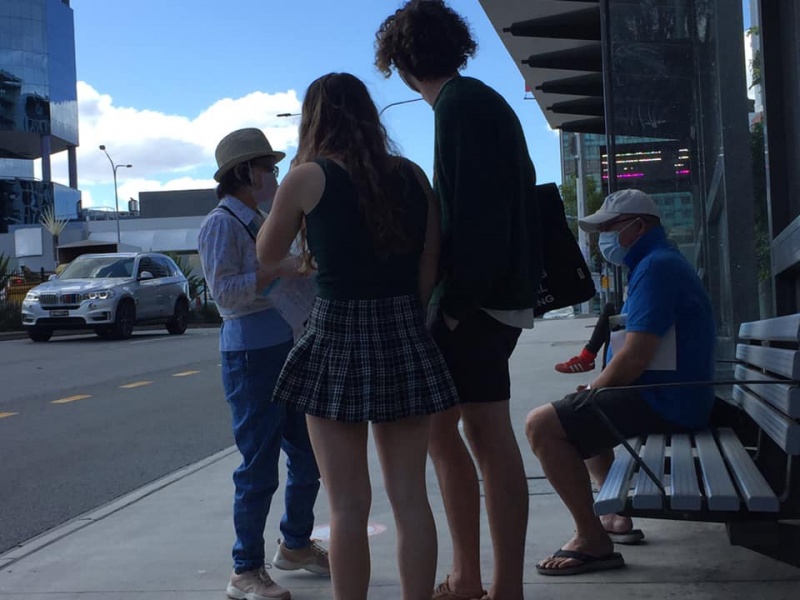 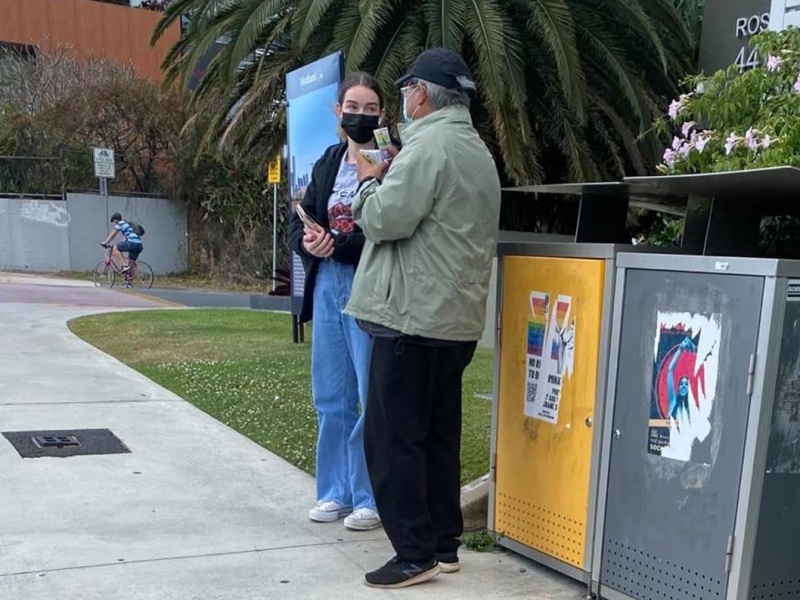