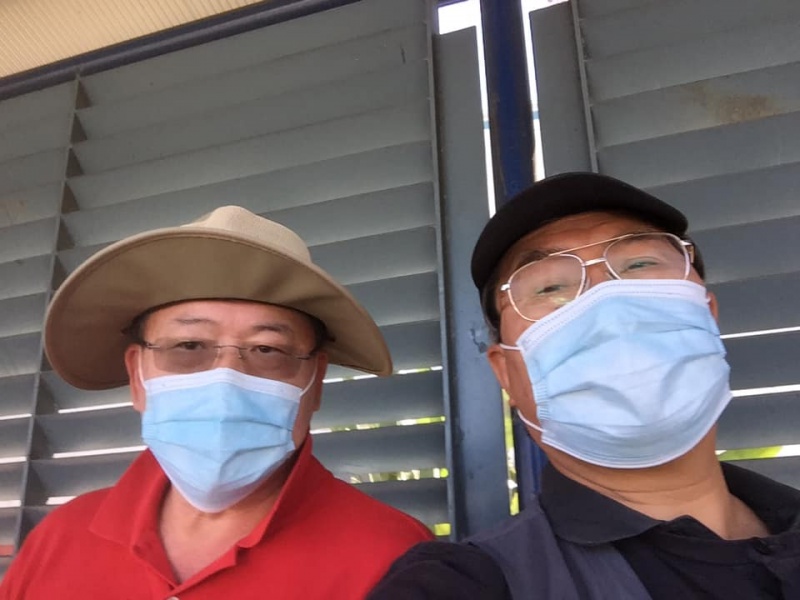 It was still a warm early Spring but temperature already dropped to a pleasant level for open air outreach. It was still just Johnny and Hung teaming up to serve at the bus stop on the west side of the China Town complex near Sunnybank Plaza.

God started today with a test for us to have genuine compassion for homeless people who are at their most vulnerable status losing every personal possession but the worst is without hope to strive on to live as a human. Johnny started early before we met and pray to minister to Mit who was in obvious down and troubled mood with a reddish eye and a swollen foot. Johnny did his best to try to get the gospel message through but Mit was in no mood to listen kept trying to seek empathy of his miserable status. Johnny could not pick up fully his expression so had to let go and switch to another gospel target. God however moved me to have a second go to minister to Mit. After listening to his status, I first gave some suggestion to address some of his urging issue like replacing his lost driving license, then his credit card. I also made sure he did not miss the hospital follow up medical treatment on his infected foot. I identify with his current devastating status that need to start from zero. In the meantime, I reminded him not to lose sight of the more important eternal salvation but I did not dwell on this critical point but rather ended our conversation with a hearty prayer for him in the name of Christ to have mercy on him leading him out from the current wilderness dark night experience moment of his life. I then left him for another conversation and not later, I found he disappeared possibly got on a bus to make his first difficult step of rehabilitation of his ruined life.

After that, Johnny and Hung kept leading by the Spirit to make approach to the chosen ones and at time with complementary team work to refer gospel target to each other who speak the dialect. The Spirit also worked amongst us that we may pick up some ones that had rejected one of us but without our knowledge yet made it a successful second approach. In hint sight, it was all the credit of God’s work and we are just His vessel to do His Good Work as per Eph 2:10.

1) Mitchell is from Canberra with wife and children living at Caloundra. He lost all his possession at QE II during his hospitalization to treat his infected left foot. It landed him in award situation without identity, money and credit card. As described above I ended up praying for him with a hope to let him feel the love and care of God so as to reignite his hope to live.

2) Jack a middle age man from mainland 中國大陸. He was very talkative and a willing listener. He is not yet a believer but actually has been church going with many Christian friends. 很認同，有去教會. At the end he admitted the gospel I shared seemed very sensible, logical and acceptable. Just pray that God can remove the last barrier for him to make the last step of faith very soon.

3) Then the man I approached claimed he is a Marxist 馬克思主義者and a member of the CCP姓黨，He was not totally rejective claiming even CCP allow religious freedom 信仰自由，繼續聊 we kept chatting allowing me to share the core of the gospel to him and left it to God to do the rest.

4) Then I approach Mrs Yang from Mainland China. She was with her daughter so I started by giving the tracts to her daughter who likes the cartoon pictures. It earned me a chance for a long chat that appeared to be quite successful to get her admit the gospel message is all good and needed by everyone. 楊&女大陸願意聽

5) Mr Wong is an elderly man from Hong Kong for 20 years. He was referred to me by Johnny. As Hongkongers, we can identify with each other very well and the gospel message was passed on well, 王香港老人家來20年

6) Louis is from Brazil and appeared to be a very willing listener. It was good that I could share full gospel to him in time before the bus arrived. Have to leave the result to God.

7) Then I caught up with another Hongkonger Mr Chu. He looked much older than his age of 59. 朱59 攪笑。He kept interjecting while I shared the gospel for instance, who were those bad Guys in the gospel tract. To my surprise, he knew none of them. Anyway, I could only manage to share half the Gospel when the bus arrived.

8 ) Then I was rejected bluntly by an English-speaking man，but God had a plan B to move Johnny to make an 2nd approach with success.

9) I turned to another girl who was determined to say she had no need for the Gospel. I challenge was he so sure about issue of life eternity. She insisted then I let go.

10) Finally, another non-religious guy simply refused to chat or took a tract. It did not bother me a bit. As it is always God who is in full control. 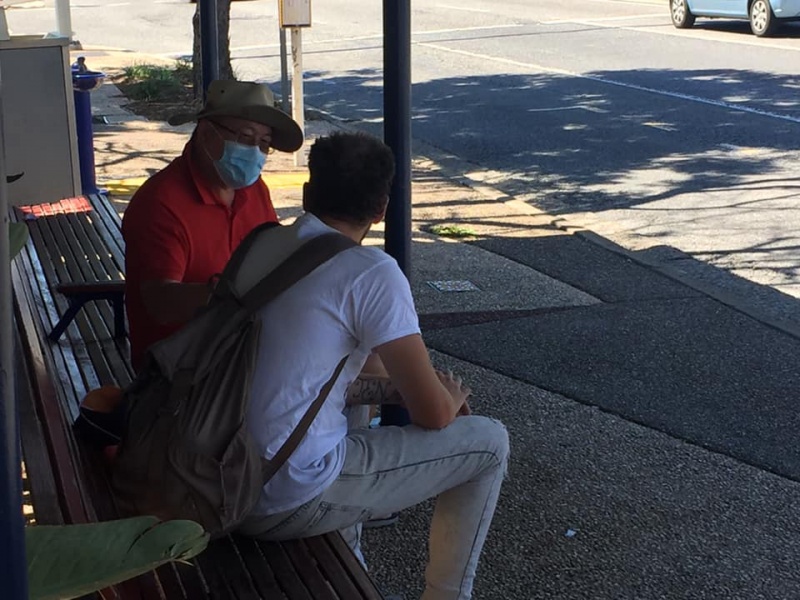 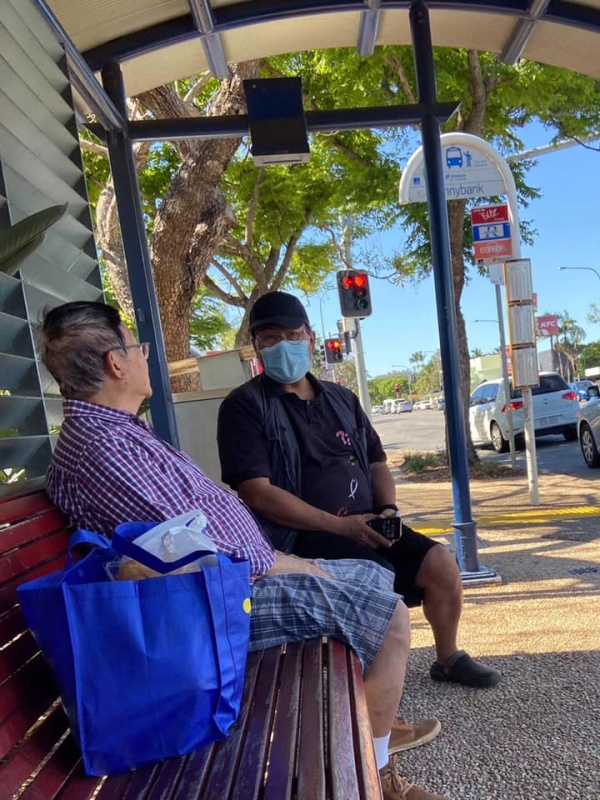 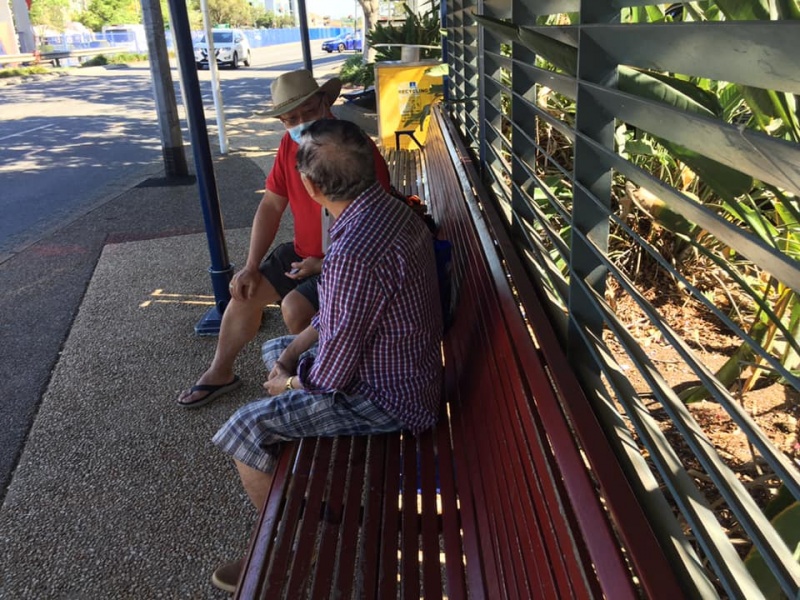 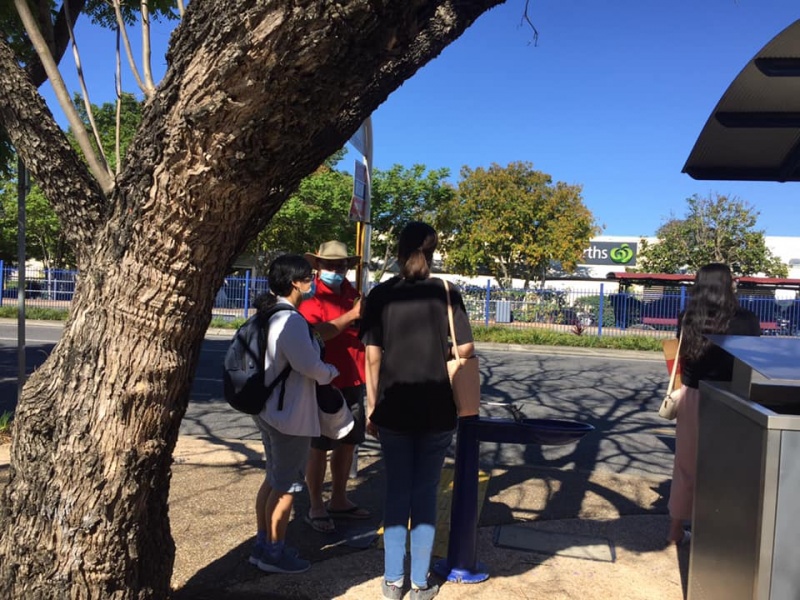 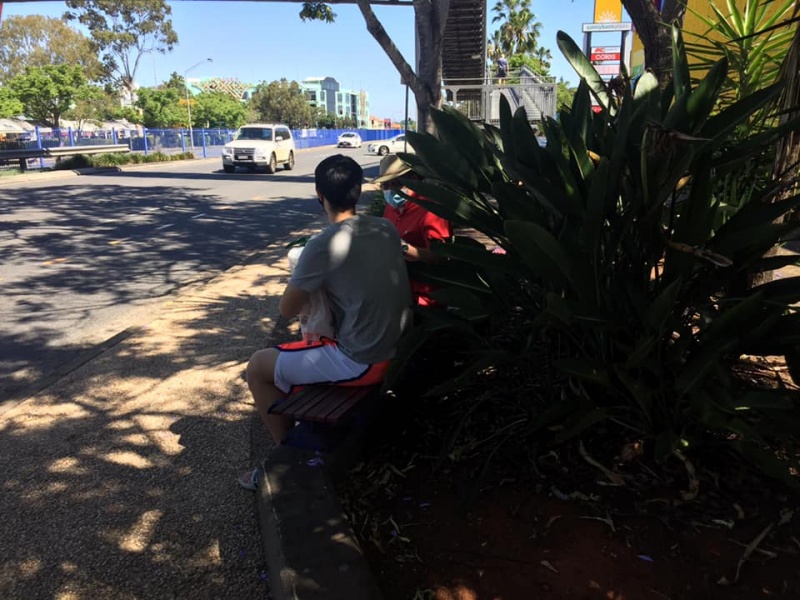 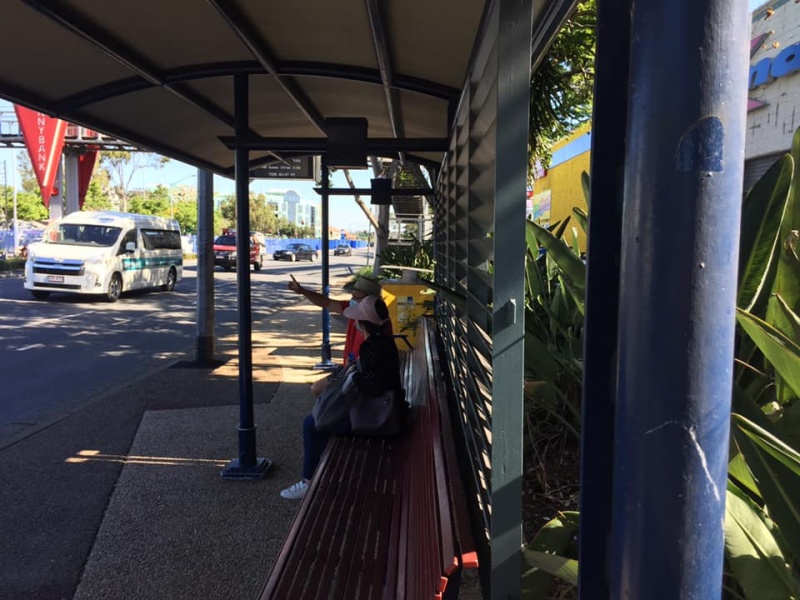