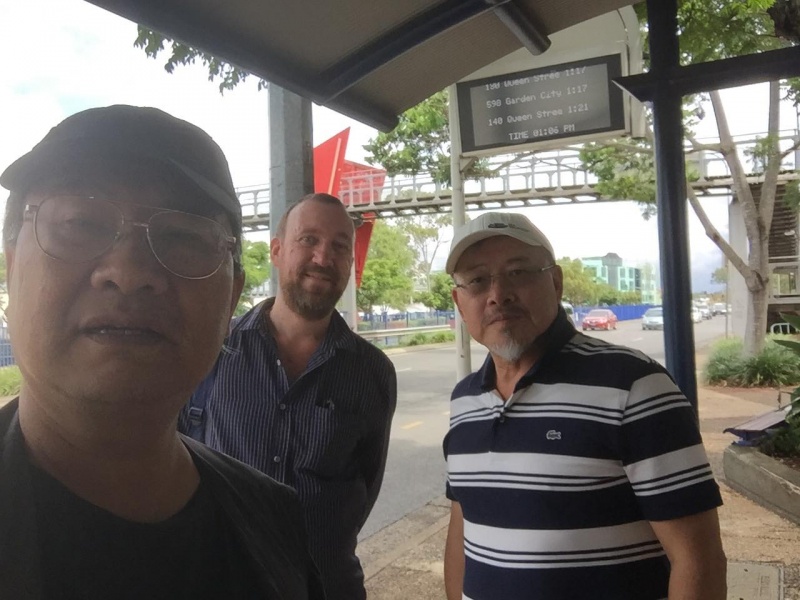 Gary and Ben joined Johnny and Hung to make a team of four to serve at Sunnybank today. We split into two smaller team with Johnny and Ben going over to the East side and Gary stayed with Hung on the West side. There were many interesting conversations especially with two girls both called Charmaine especially the 2nd one who is an aborigine but urbanized living with us in city. Recap below anyway is the Battle Log of Hung.

1. Megan a mixed Japanese and Aussie cross breed girl who has not heard gospel before yet show genuine interest and willingness to listen to the full gospel and promise to make serious consideration to make her step of faith to accept Jesus as her saviour.

2. Two Chinese girls, one on the phone and the other one declared herself a Buddhism follower but I still managed to chat on with them the nutshell of the gospel though not with positive result.

3. Edward, is a Sherwood Methodist member who had chatted with Johnny before. Yet, he seemed to have no assurance of salvation as such I walked him through the relevant Bible for clarification and edification.

4. Tony a Pakistanis young man of Muslim background believes good deeds earn heaven. I Walked him through the Gospel message to get the right understanding then the bus came.

5. A Chinese guy by the name of Chan that Gary had contacted, was approached by me to see if he needed follow up explanation when he was still standing there. I was able to start a new round of conversation but then the friend who was to come to pick him up arrived to cut the conversation short.

6. Charmaine was a very responsive chatter but it was a pit there was not enough time to before the bus arrives so I could only touch base on the nutshell of the gospel.

7. Mark a good listener of catholic school background and he went to church but did not know if he is saved or not. It was good I had just enough time to brief him the nutshell of the gospel to bring assurance to him that by grace through faith, he will be 100% saved by the atoning sacrificial death of Jesus.

8. A lady by the name of Chang from China and with her brother who was too shy to engage into conversation. Chang raised many questions to show that she has a lot of misinformed understanding about Christianity. She was impressed and promised to rethink her choice to accept Jesus.

9. A man by the name of Chan from Guangdong listened attentively and patiently the full gospel before the bus arrived as show eagerness to consider.

10. Another Charmaine who was an Aborigine girl but identified with me after I share my AMOS experience. She was a bit argumentative initially claiming good and bad person all go to heaven as no person can judge and condemn others as bad guys. I agreed with her but get her to understand that God is the one to judge. Then I shared the full gospel showing her no one is perfect or righteous enough to earn the heavenly citizenship. We all will die in our sin unless a perfect person takes our place to receive the punishment of our sins. She finally consented the gospel message is right and is what she needs. We took a selfie as a memory of this divine encounter and gospel conversation.

11. An ABC English speaking avoid answering assurance of salvation despite attending local English church In south bank. Our conversation was interrupted by an incoming call. 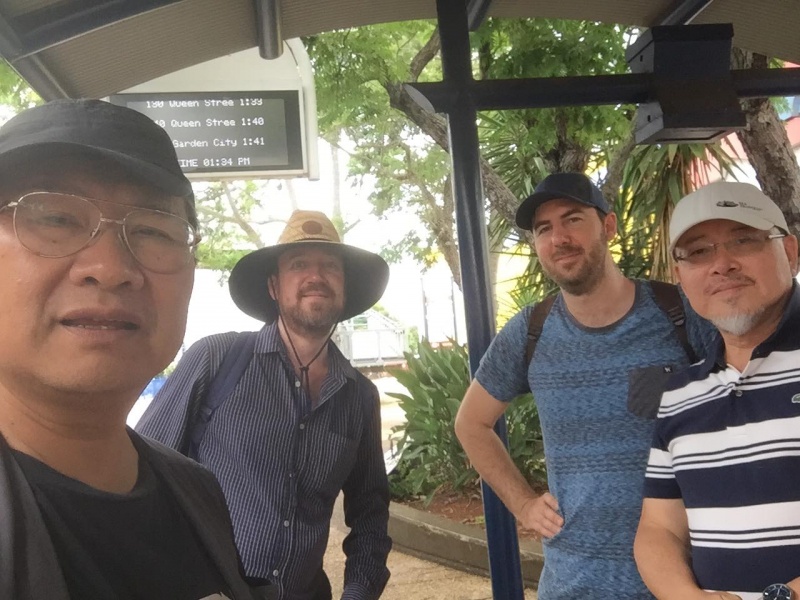 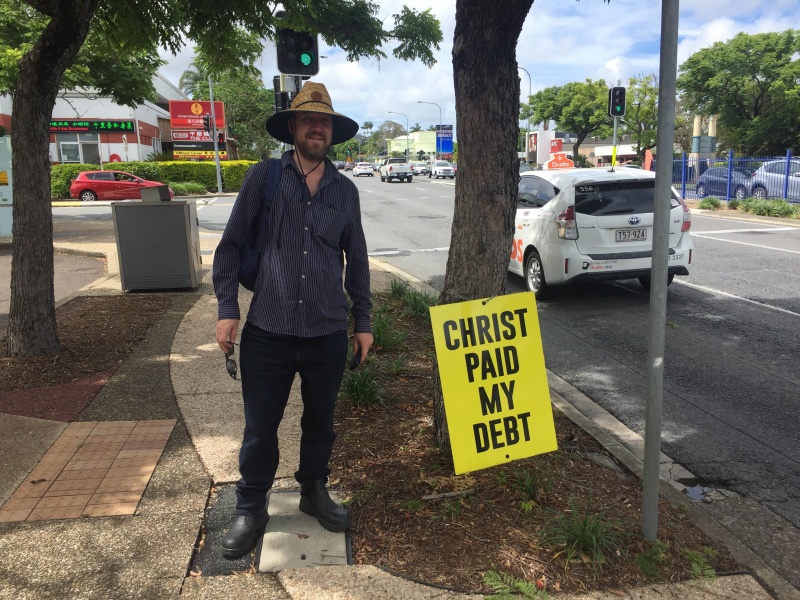 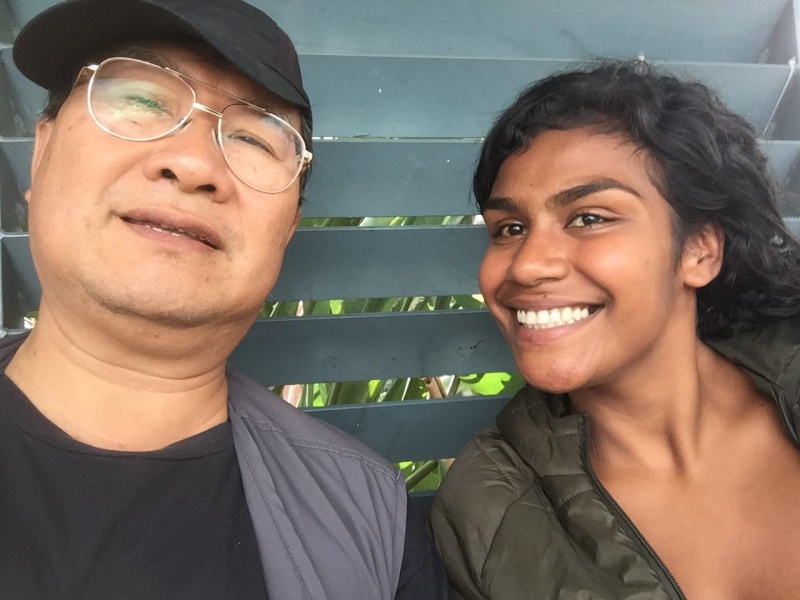 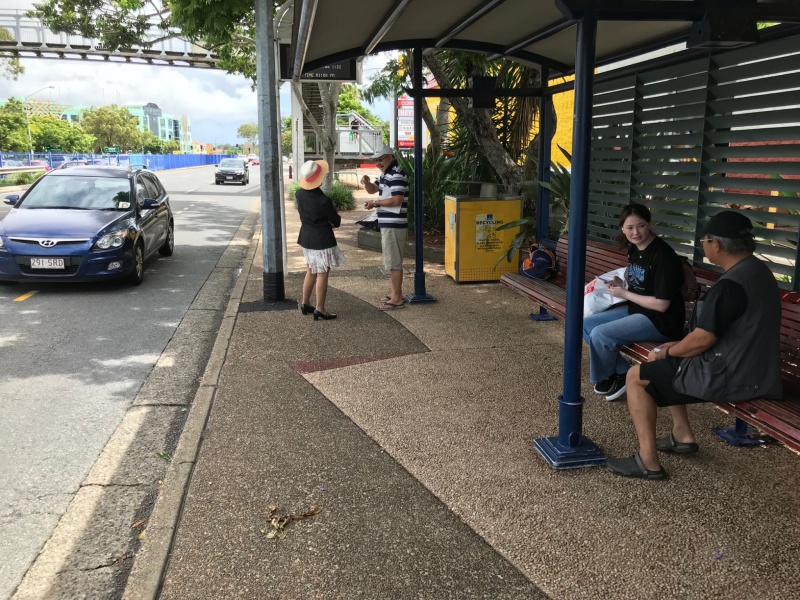 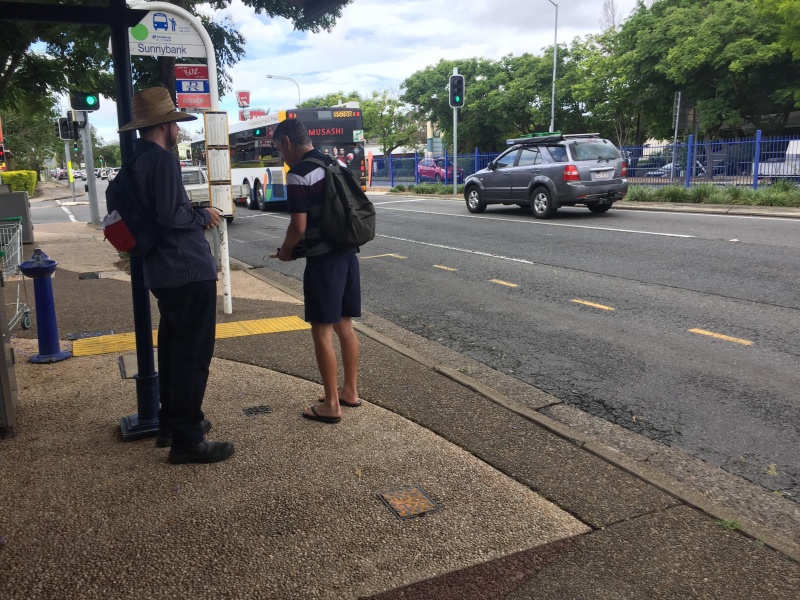 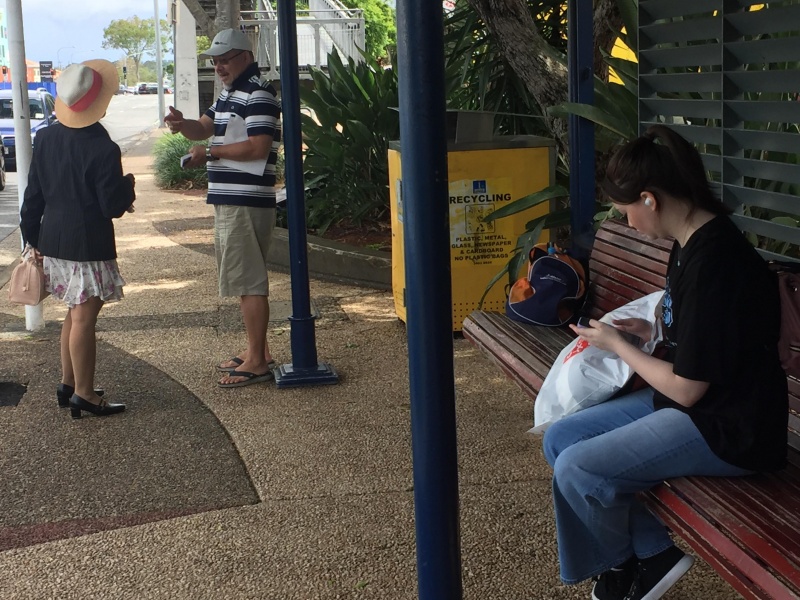 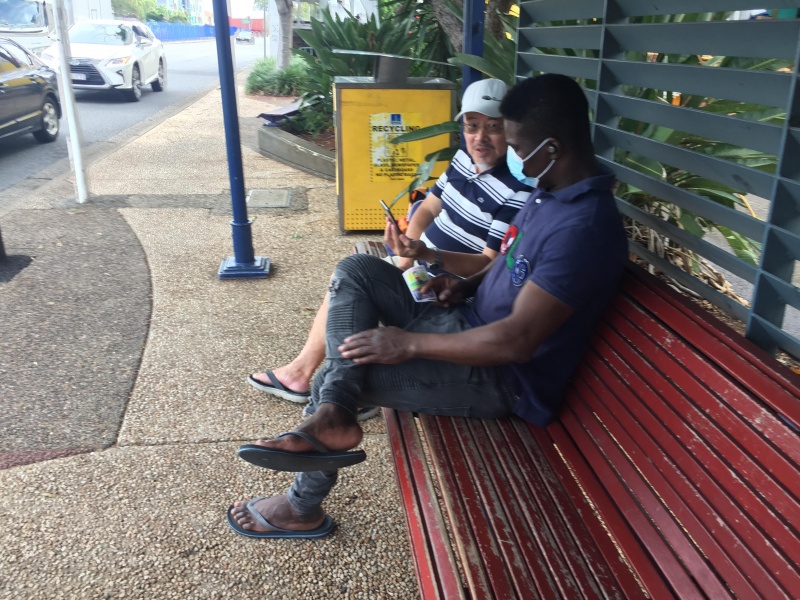 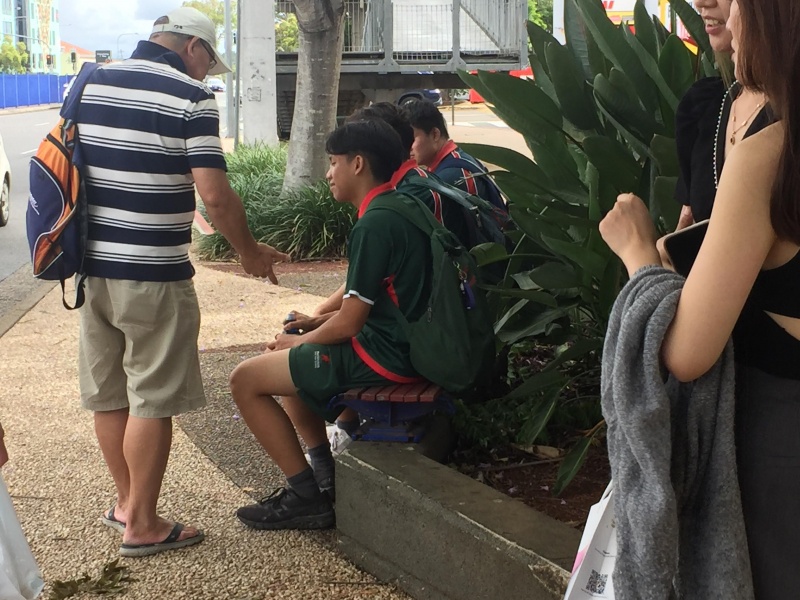