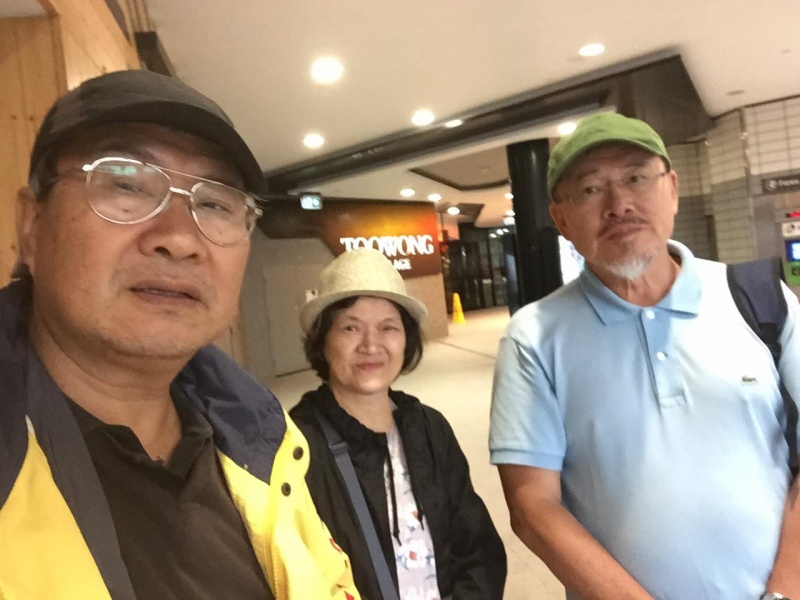 It was a rare rainy day street outreach at the bus stop. In theory, the impact should not be that great as we can preach the gospel under the cover of the bus stop. But in effect, there was much less people flow simply because of the rain deterring a lot of people to leave home for shopping etc. Anyway, God still provided us with the right number of people to minister to. I think I had the least number of chat as I always gave chance to Johnny and Winnie my two team mates to keep them fully occupied first. Recap below was my Battle Log.

1. First, I caught up with Ishina a pregnant woman from Bangladesh. She came to accompany her husband to do UQ study while herself run a Kiosk shop. She was very friendly and inviting for chat even we had approached her many times before. She even mistaken that we met last week but we actually were at Indooroopilly. I just spent time to know more about her but meantime, chipped in gospel message again to reinforce the idea that good person will go to hell like those bad guy as God’s requirement for Heaven is perfect. It was easy to get consensus with people of all races and all religions that we are good but far from perfect. So, it is logical to establish that as a good person, we still have to accountable for those imperfect elements of our life. Our conversation was also meant to be heard by another Aussie girl that Winnie had finished sharing the gospel as a measure of reinforcement. Ishina bid good bye when the bus arrived and said see us next week. So thanks God for being able to establish this sort of friendly relationship with Gospel targets for continuous follow up work.

2. Then I was led to chat with Yolanda an Aussie girl of Catholic background. But her foundation of faith was not biased or polluted by traditional Catholic wrong teaching. She has an active worshiping life style to know God and maintaining a close devotional relationship with God. When asked the diagnosed questions, she shared that she once also had doubt about her assurance of salivation as it was natural to feel inadequacy after conversion. But after positive and active Christian walk by faith through grace. She is now convinced that she has 100% assurance of salvation as it was all the work of Jesus. I followed up on checking her view point about those wrong Catholic old teaching that Mary was born perfect and without sin as such she was near God if not equal to God that deserves our worship and prayer. She is completely in disagreement with this view. I reinforced her understanding by citing why Jesus had to be born by Virgin birth and to show that Mary was just an ordinary woman yet elected to be the earthly mother of Jesus by God’s Sovereign power and plan. It was delighted to note that many contemporary Catholic are embracing Biblical truth despite they have not chosen to leave the Catholic camp. Actually, Yolanda did attend protestant church that is nearer to where she lives. It was just the factor of accustoming to childhood brought up that she once remained in the Catholic church, yet she has more Christian friends from the protestant camp than Catholic background people.

3. Then I caught u with Allan briefly, just in time for a brief sharing of the nutshell of the gospel before his bus arrived. He was very opened to gospel message.

4. Finally, I caught up with a very shy school boy lacking of confident to socialize. He initially did not want to chat using weak hearing as an excuse. I took some ice breaking measure to make him feel relax and then he anyway finished hearing the full gospel. After that, he told me he is a Christian, but did not want to tell me the name of his school and even his own name. I did not press on for this but tried to check if he has got assurance of salvation. He again did not feel comfortable to respond, so I simply explain to him what is assurance of salvation and why it is so important that all Christians should understand and be assured of this or else, it will give foot hole to Satan to give us a fatal attack, wavering out week foundation of faith in Christ. 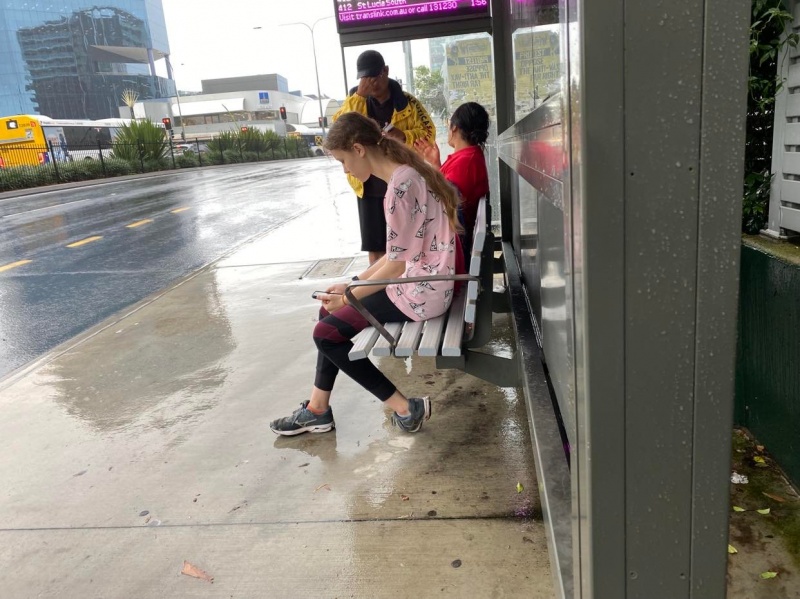 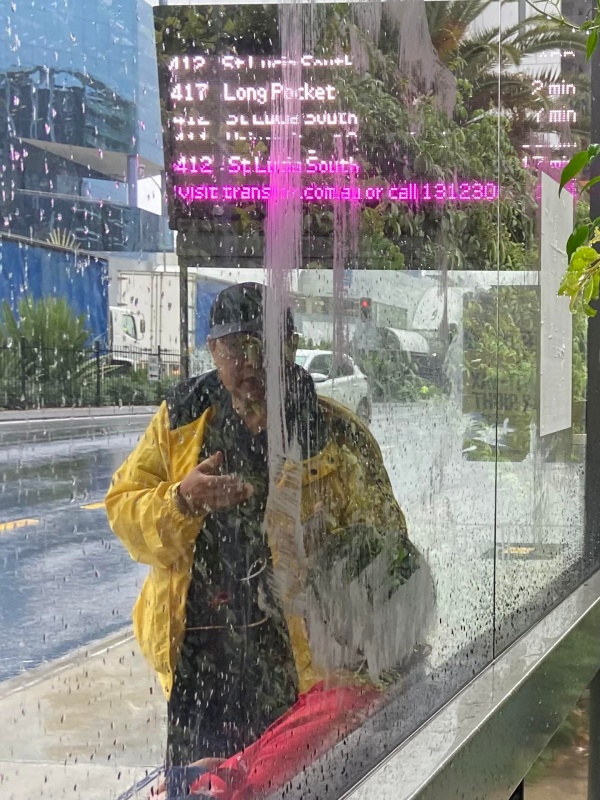 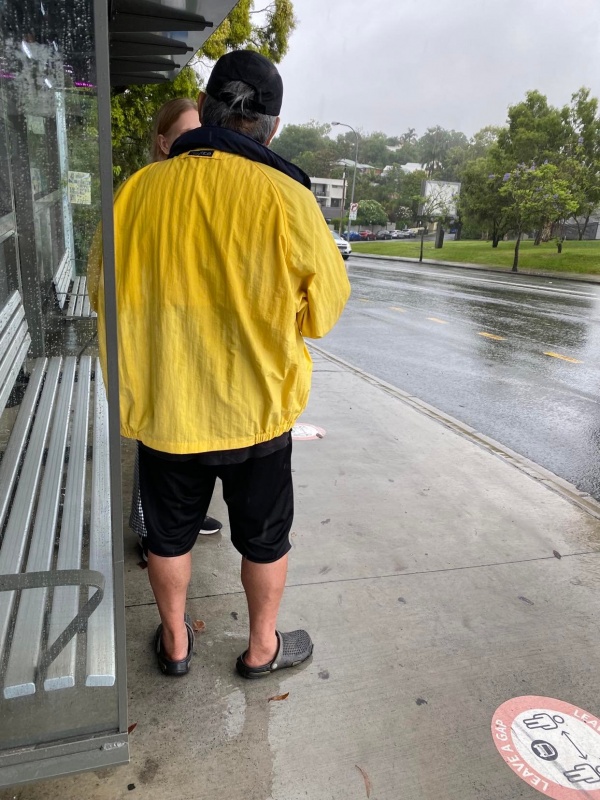 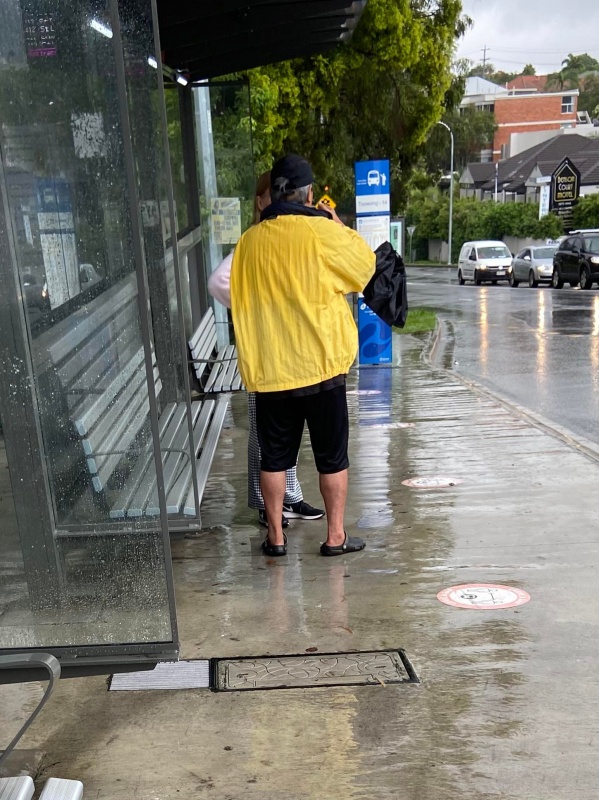 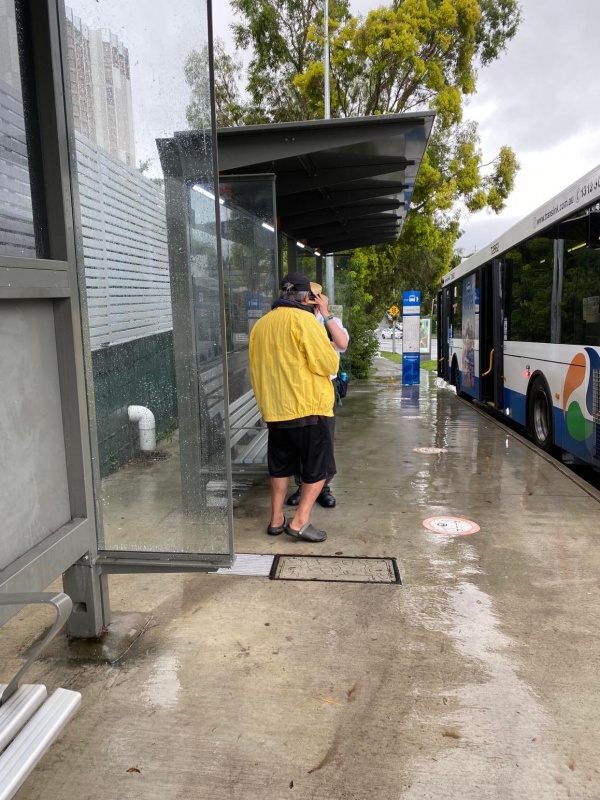 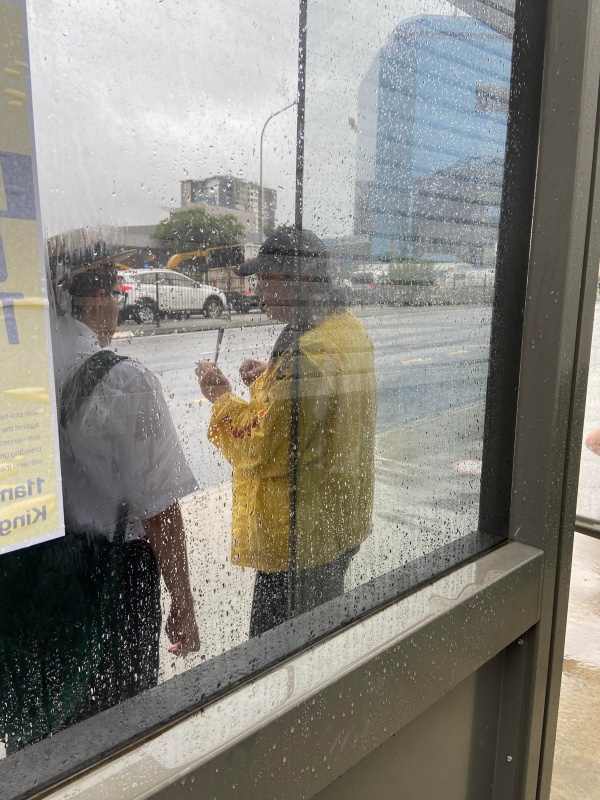 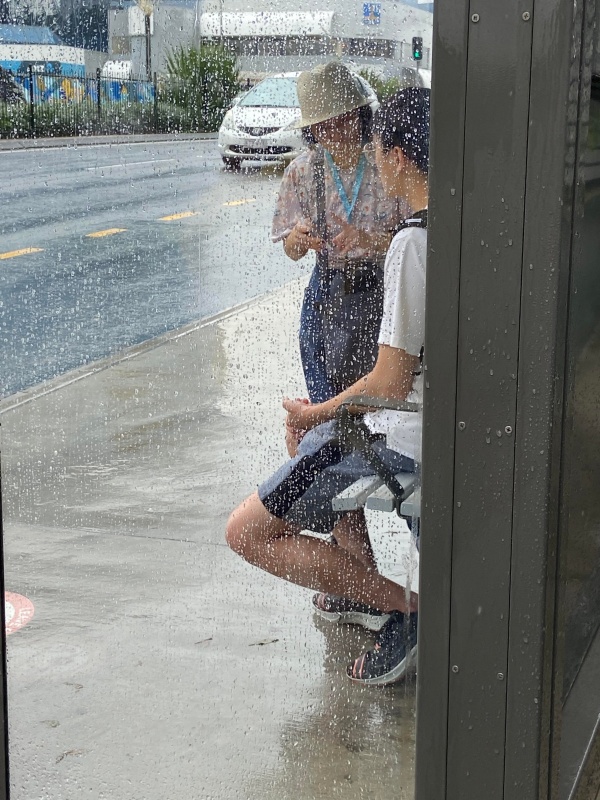 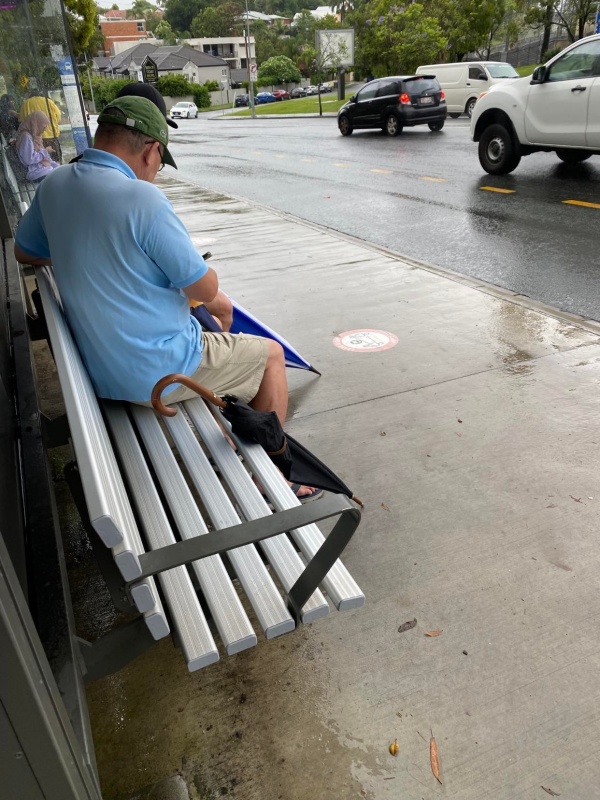 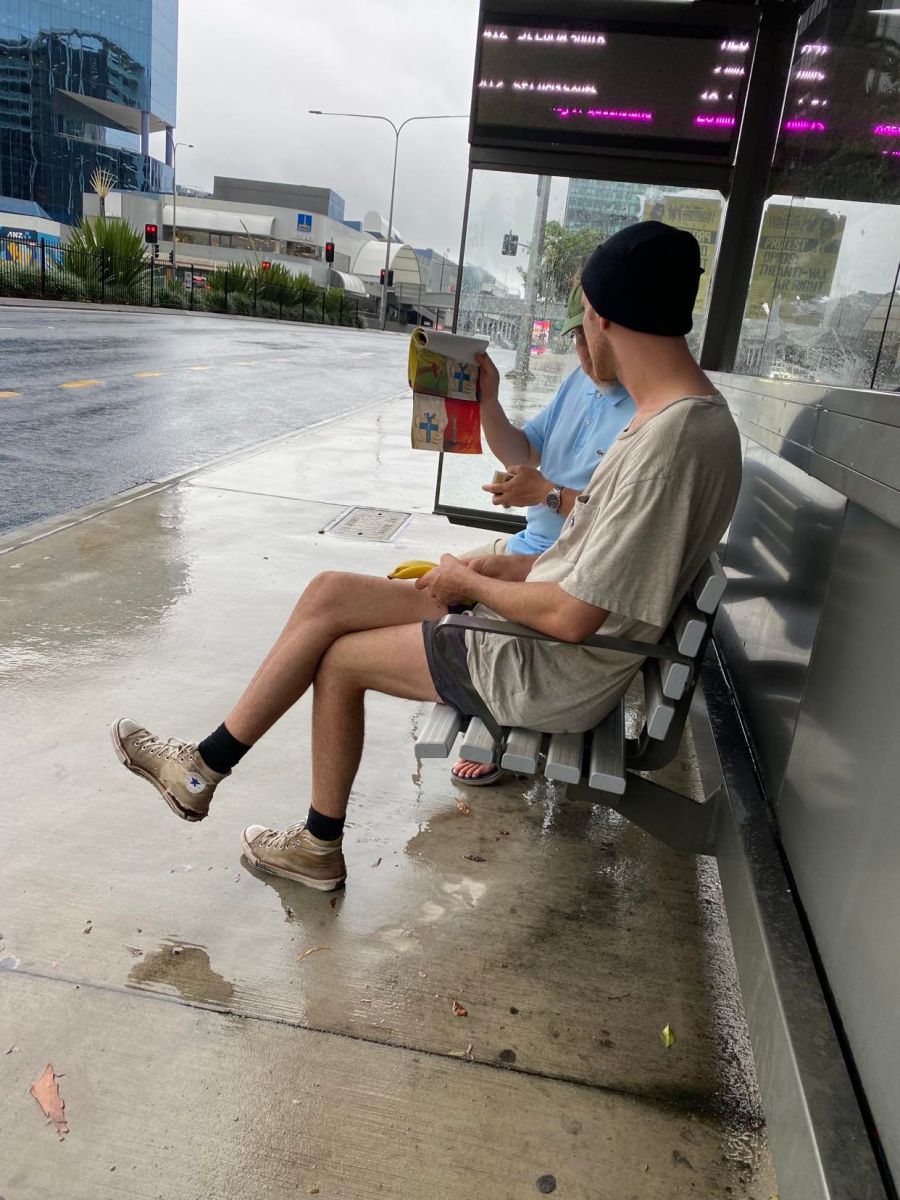