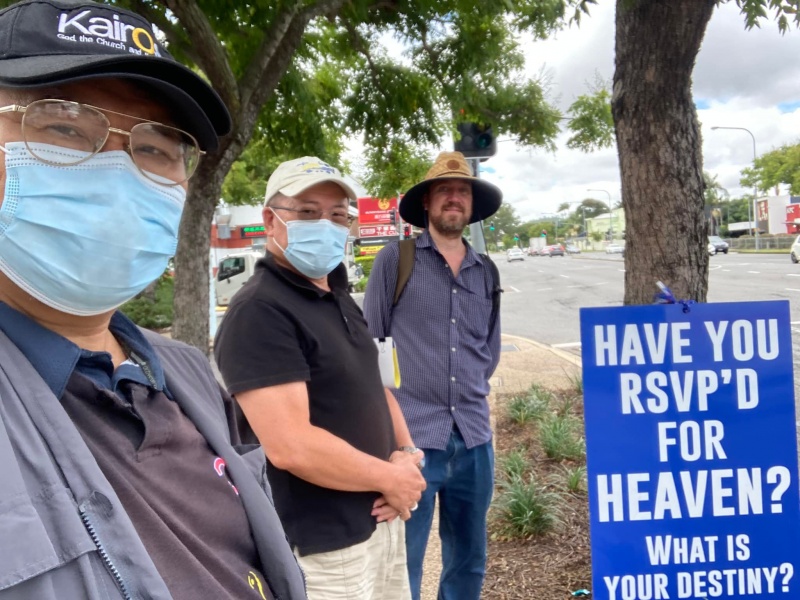 After 7 weeks of rest because of both the Omicron outbreak and my medical treatment issues, we returned to the Sunnybank Street outreach field today with the three regular team mates, Johnny, Gary and Hung all turning up. The human flow was tended to be much less than normal. But all of us still got ample of chances to share the gospel to people of all nations. Gary as usual bought along his big signs to attract attention of both the pedestrians and the car drivers. We had a fruitful resumption of ministry and finished it in time just before the projected afternoon rain fall. Recap below is the Battle Log of Hung: -

1. A Chinese Mum caring a young daughter, but still willing to listen to the Gospel I shared and took tract home. At least the nutshell of the gospel has been covered when the bus arrived. 中國母親和女兒光聴

2. Catherine a Catholic background Filipino Christian, yet has basic and correct understanding of the gospel with hundred percent of assurance of salvation. She appeared humble to listen though at time might seemed a bit impatience.

3. A Chinese young lady from North-Eastern China東北姑娘，She was very polite有礼貌 showing courtesy to listen to the gospel and admitted it is sensible and logical that she may ponder to pursue.

4. Ash, an Algeria Muslim parent but of atheist background. He became Christian in Australia and is now attending a Baptist church in the park with the boy scout hall. Yet he only has 50% of assurance of salvation, so I had to rush to give him a clarification which was just in time before his bus arrived.

5. Then I followed up on a Chinese senior person that Gary had contacted. It was Mr Li who claimed to have a chat with me here before. Then I recalled he was invited by a friend to attend a local church which happens to be Ruth Liao 廖牧師church with the Wesleyan Denomination.李先生，He is from Shen Zhen 深圳so he understands a bit Cantonese but could not speak. Unfortunately, he only have 50%of assurance of salvation that need my clarification.解釋. He thought he is readily a true Christian as such kept asking me to share with others. Of course, I stayed put to get him know that his lack of 100% assurance of salvation is a loophole that Satan will attack him that it must be addressed and clarified.

6. Paul, a Filipino initially reject ed my approach but while I chose a friendship approach, he then changed to become a good listener of the full gospel.

7. Christie and his girlfriend seems like a couple. They react friendlily to my approach with high chance that they are Christians. But time left was too short to elaborate on the gospel as the bus came almost instantly.

8. Jerry from China has some Christian friends but has never heard the gospel formally. He was very attentive and serious this time to take in the gospel message and promised to ponder at home for a faith action.

9. A tall guy who is an Australian born Vietnamese showed good interest to the gospel. I could only manage to share him the nutshell as the bus also came too quick.

10. Finally, I caught up with two girl named黃 & 李 who are from the southern part of China. 南方大陸人.The showed reluctance to listen to my sharing of full gospel.勉強聽完整福音 Pray for God’s follow up work. 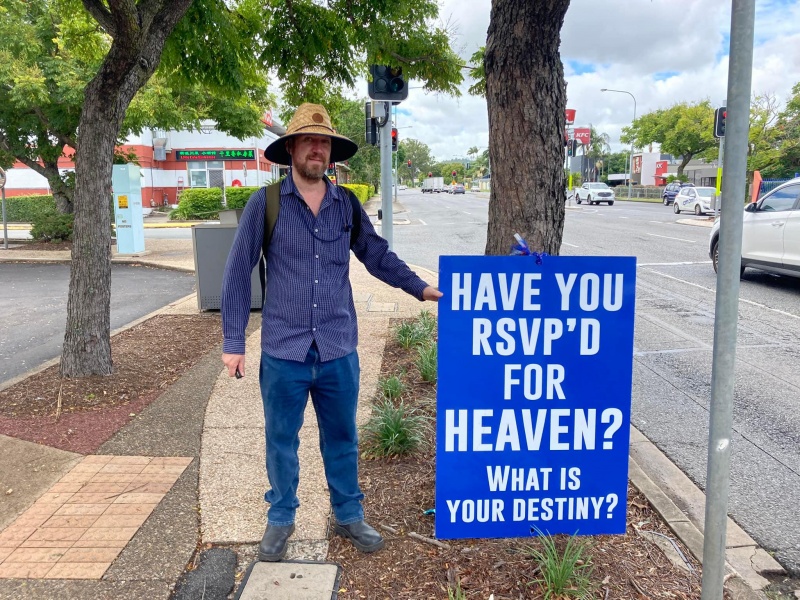 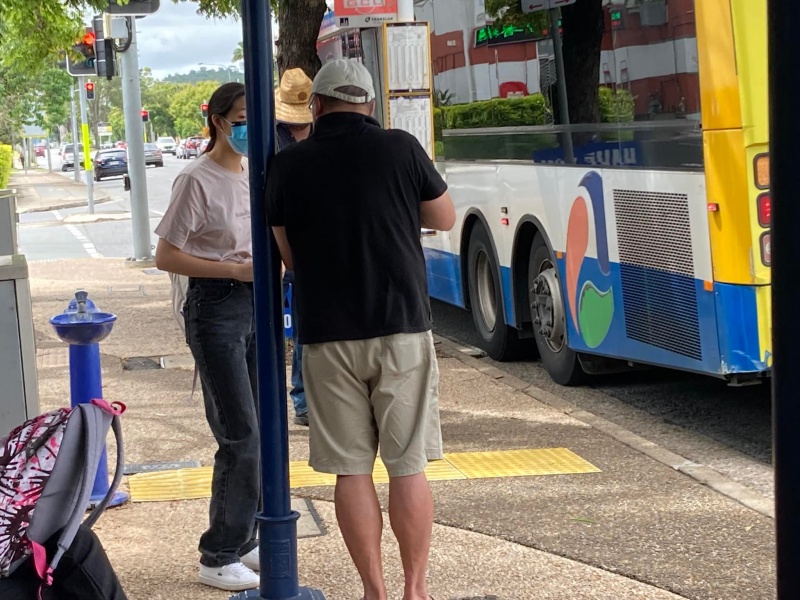 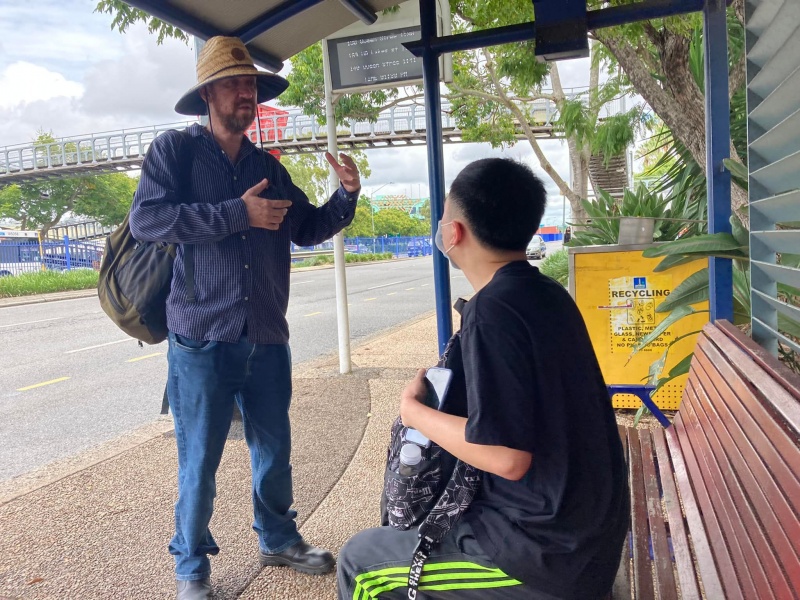 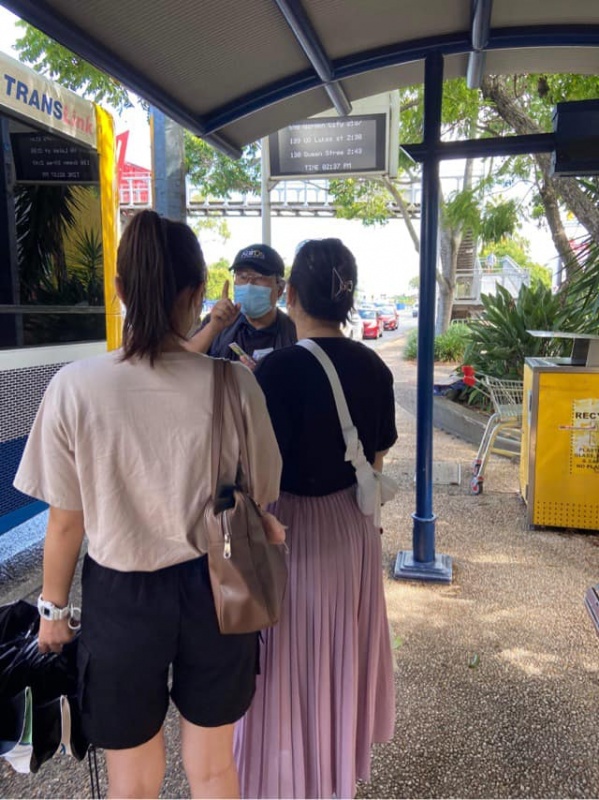 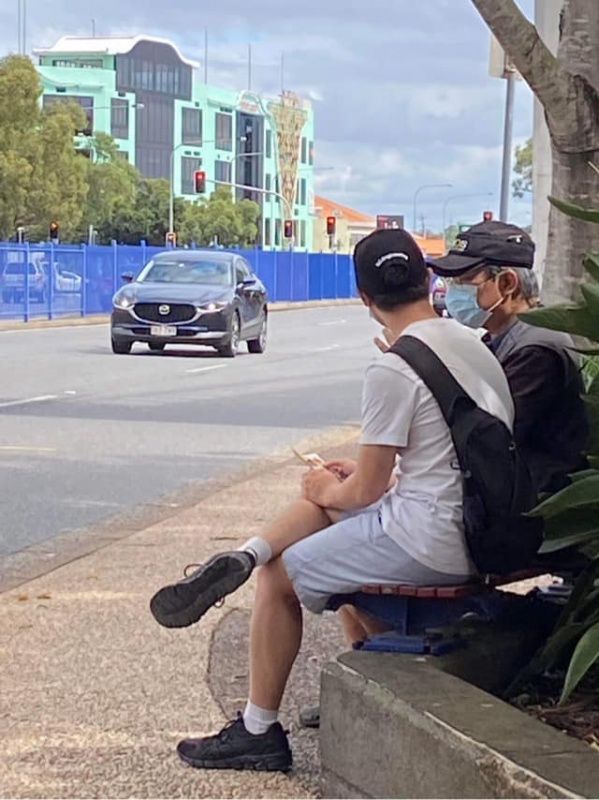 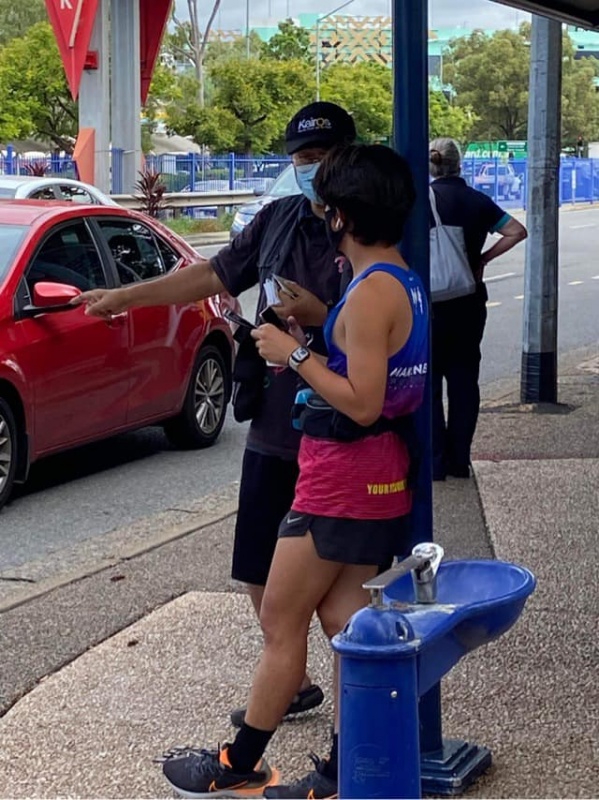 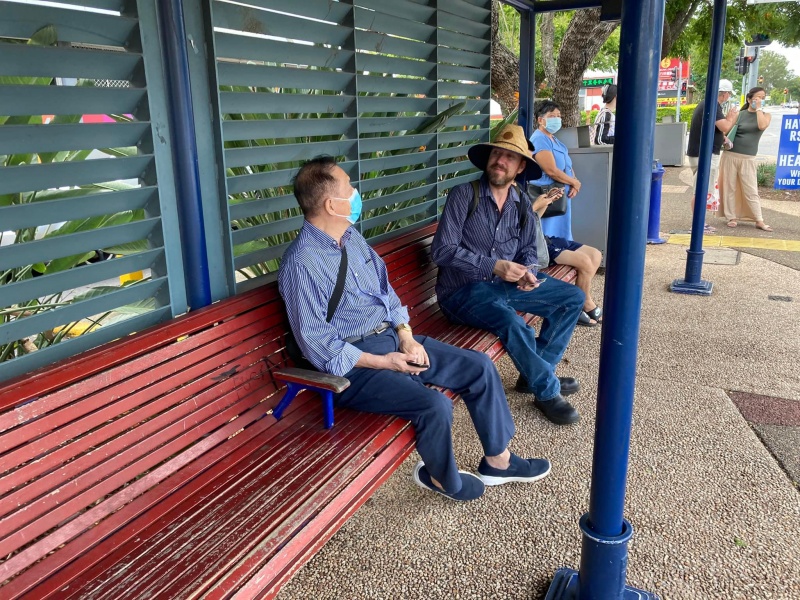 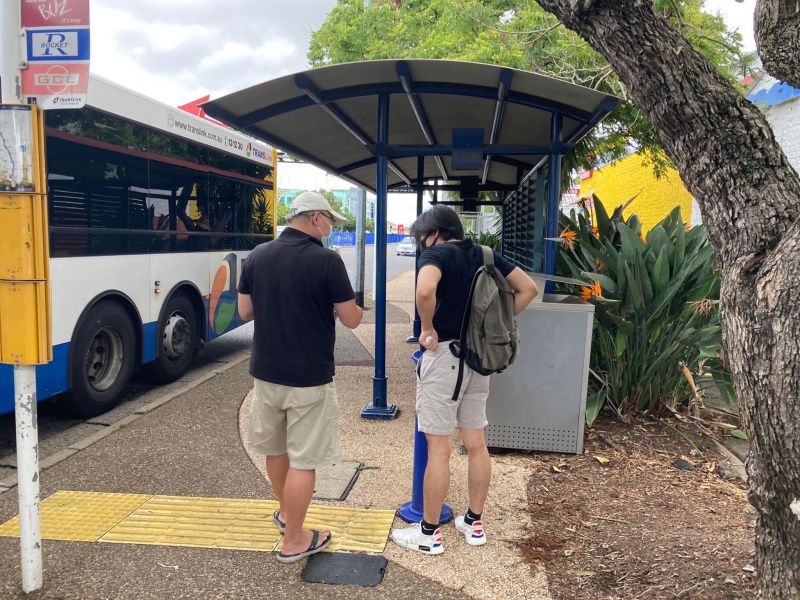 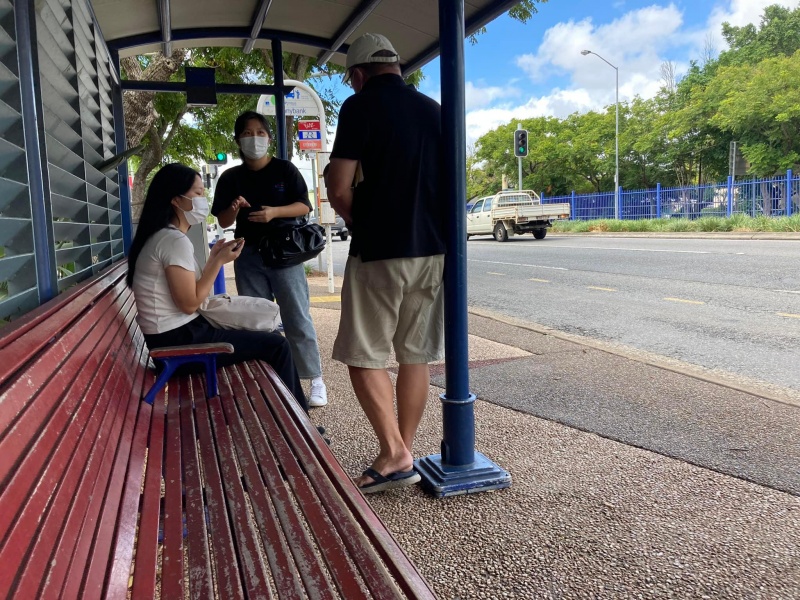 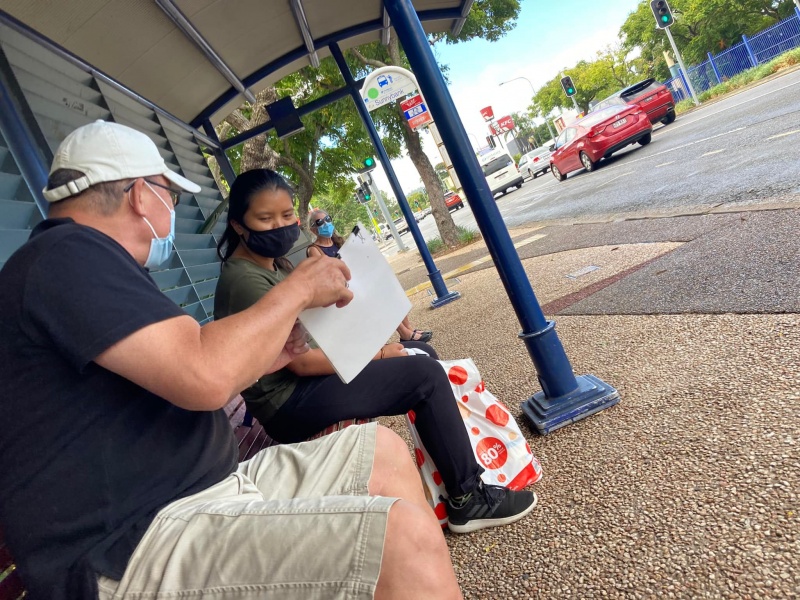