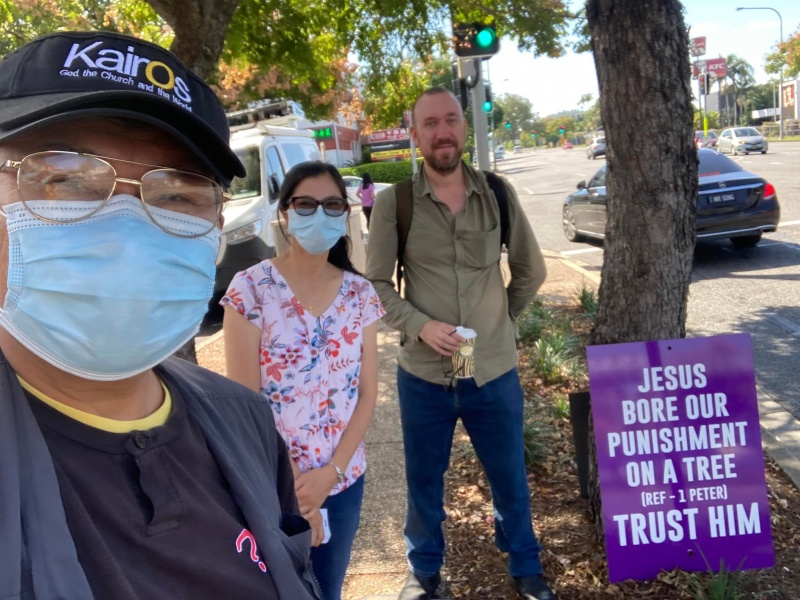 Praise and thank God we had Gary and Amy re-joining the Sunnybank team after the school holiday to form a three persons team. As usual, Gary set up Gospel sign to draw attention of pedestrians. Amy was good at chatting with young people while Hung mostly with the elderly today although it might not be a pattern. But today's experience led me to ponder the elderly people in the church are less equipped with very insufficient discipleship sort of teaching. They are full of weird thought and wrong teaching of the bible doctrine. The worse is, many of them are not yet saved without a clear understanding of the salvation by grace through faith in Christ and still considered good deeds are all we must care for rather than our mere faith in Christ. One good thing that can cheer us up was that, a group of Indian or middle East face people that Gary had approached at the far end of the bus station. After they finished their chat and walked past me when I was sharing gospel with Debbie, they gave us thumb up and laud praise by saying Hallelujah to the Lord as an affirmation and encouragement of our work for and with God. Recap is the battle log of Hung for today.

1. Mr Yu 余 from Hong Kong 港人 claiming himself and family are all Christians. But what shocked me was that he was proud to declare he does not believe that there is a God and deny the Creation account of the bible claiming it is a result of human ignorant of science and lazily attribute every thing to an unknown God. It really made me lost of word when he still claimed he is a Christian. I actually spent the longest time to try to answer all his self-contradicting theory. For example, he agreed that nothing will come from nothing. Everything must have a cause of its existence by creation. But then he rejects the world is created by God but a simply a kind natural existence happening by itself. He knows that Newton was a scientist but he does not know Newton was also a Theologian. And he rejected to accept the conclusion made by all top scientists including Einstein that when the material world failed to find the first cause of the universe, then it logically proved that the first cause is God who exists by Himself in trinity before time and beyond space. Anyway, I trust God let us chat to help me realize, a large group of nominal Christians are existing in the churches and proper teaching must be addressed to these ignorant group of people.

2. God gave me a break to chat with an easy going Kevin who is Vietnamese possibly of Buddhism background but appeared very open for discussion and showed acceptance of the logicality and rationality of Gospel. He was happy to take a tract to ponder on the issues and Gospel I shared.

3. Then I approached Debbie who said she had chatted with one of us before. I simply asked for permission to refresh her memory of what was shared and what she read from the tract and it proved that Debbie could get a fuller understand of the gospel and was just a last step of faith away from salvation by Christ.

4. The 2nd elderly Christian I chatted with was Mrs Yan 嚴姊妹from the EMP Church. She has no assurance of salvation and kept stressing that she will keep doing good things to earn assurance of salvation. I virtually shared the gospel all over from scratch to her but her mindset still got stuck at the non-biblical Chinese moral teaching of being a good person is the only thing a human can do to earn a ticket to heaven.

5. Tim and girlfriend appeared to be a very good listener of the gospel despite they said they had been approached by Amy. Later on I learned from Amy that they are from Mongolia Republic 外蒙, but not one province of China 內蒙. Actually, they are all Christians but it was a pity I got no time to test for their assurance of salvation.

6. Sharon a local Aussie lady that Amy mistaken as some one who had rejected her before. It actually was somebody else but Sharon was very open and receptive to the gospel message. She took a tract afterward indicating she will consider to accept Jesus.

7. The towards the end, I chatted with one of the Chinese students from 青島，天津，上海，I could identify with him my vast traveling experience in China to earn identification before sharing the gospel. Later I learn from Amy that some of them are already Christians as well.

Spoke to another 'Christian' today who thought by being good is the way to heaven.

Alternatively and correctly - we only get to heaven by being forgiven.

The gospel is one of being given the gift of salvation - not working towards it or earning it.

It is only with the knowledge of being saved that out of it we have thankful heart's and will want to obey Him.

BTW. Please pray for this person - that they would truly be saved by Grace alone. 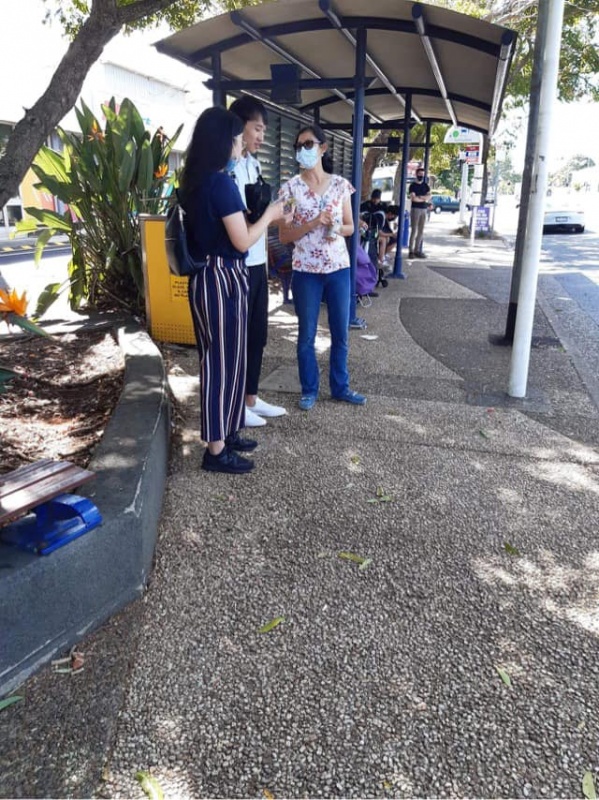 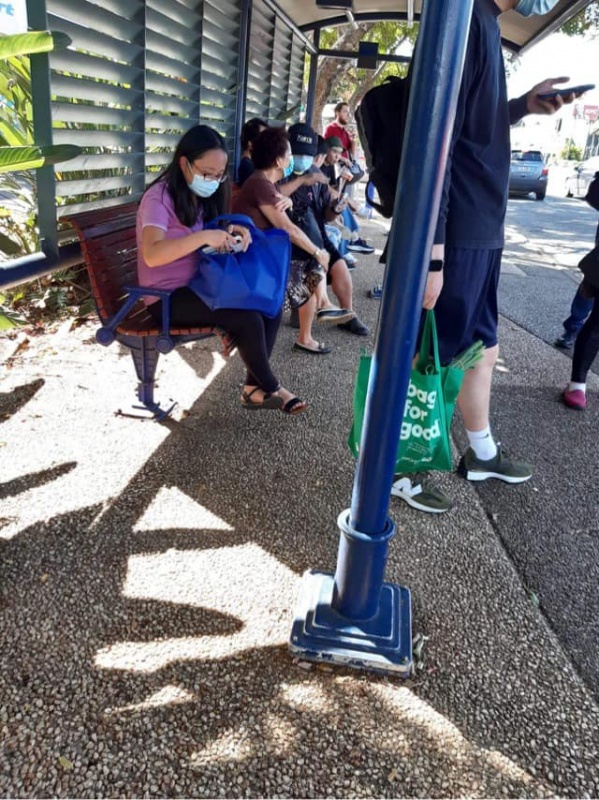 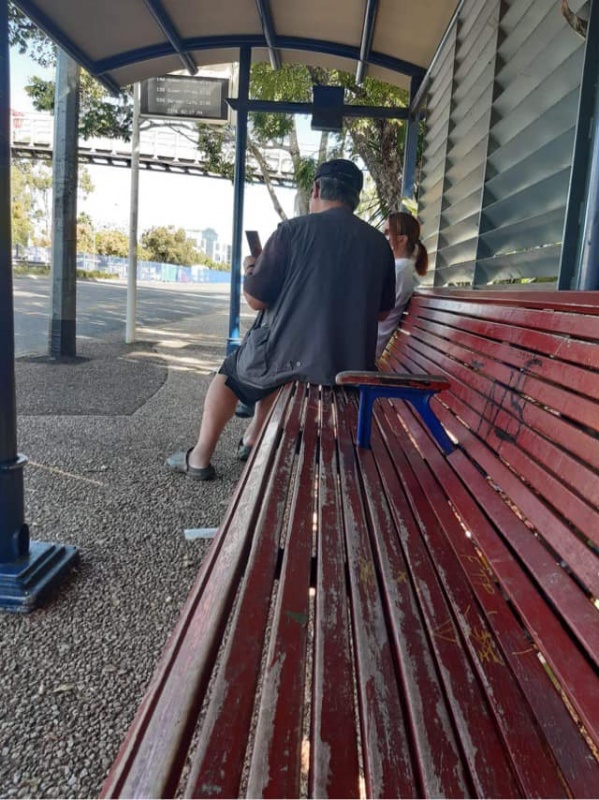 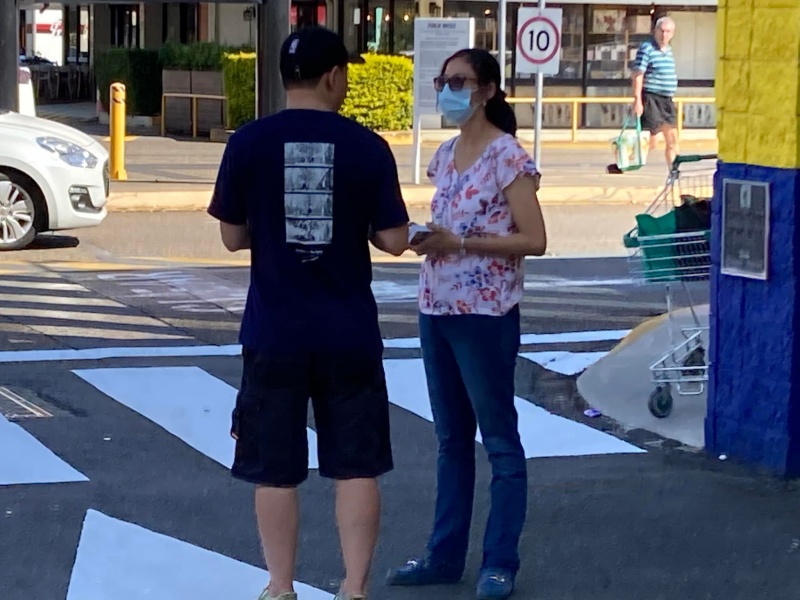 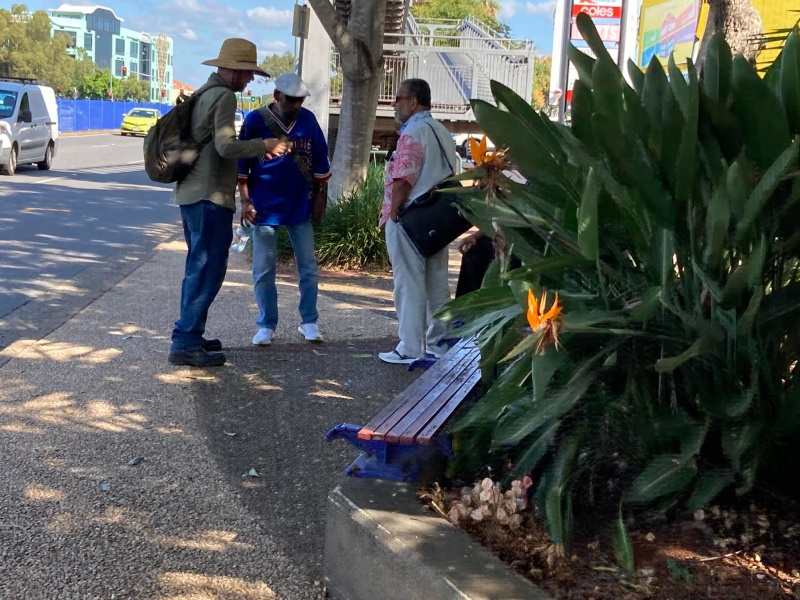 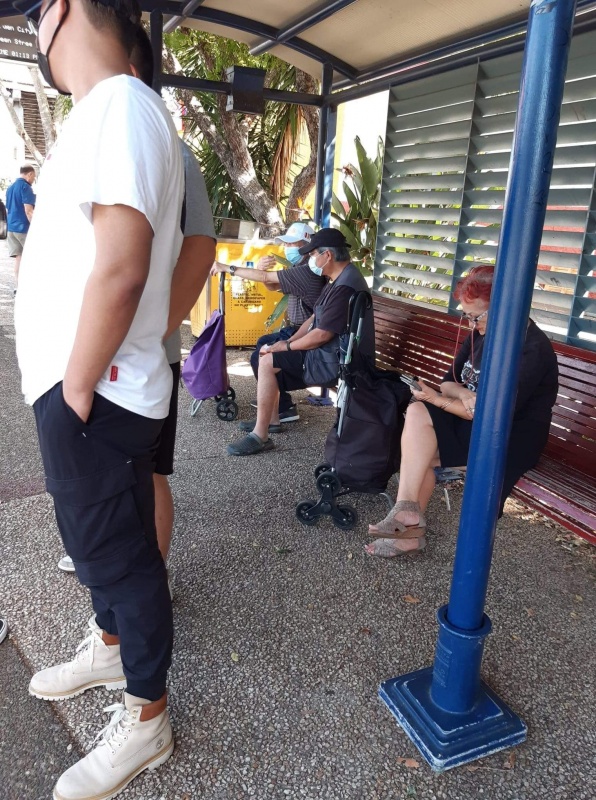 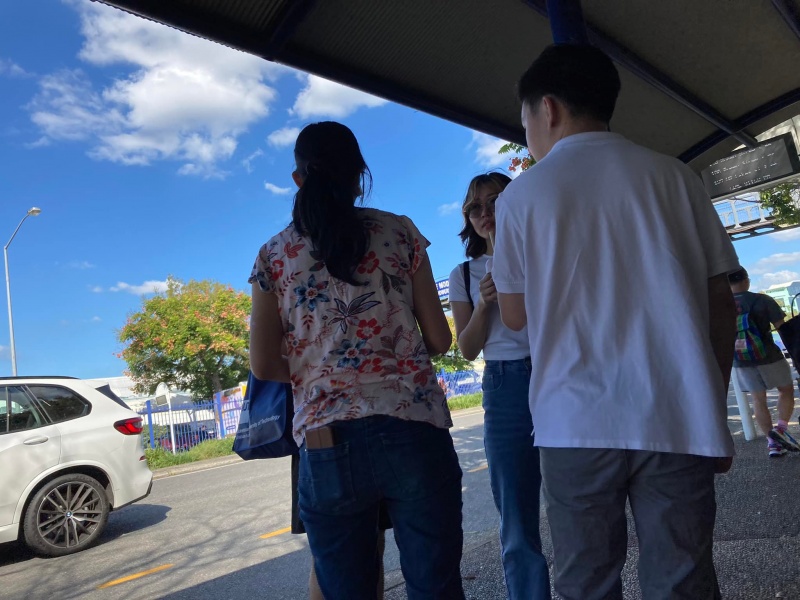 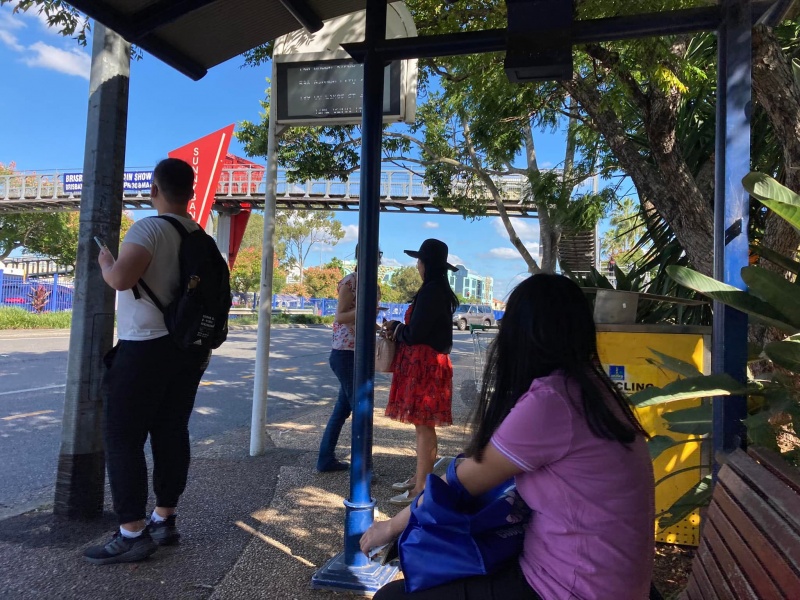 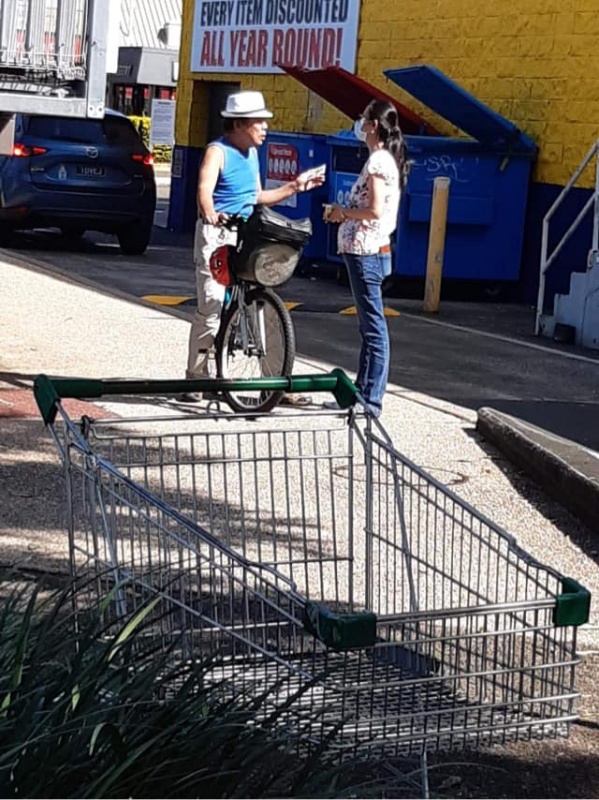 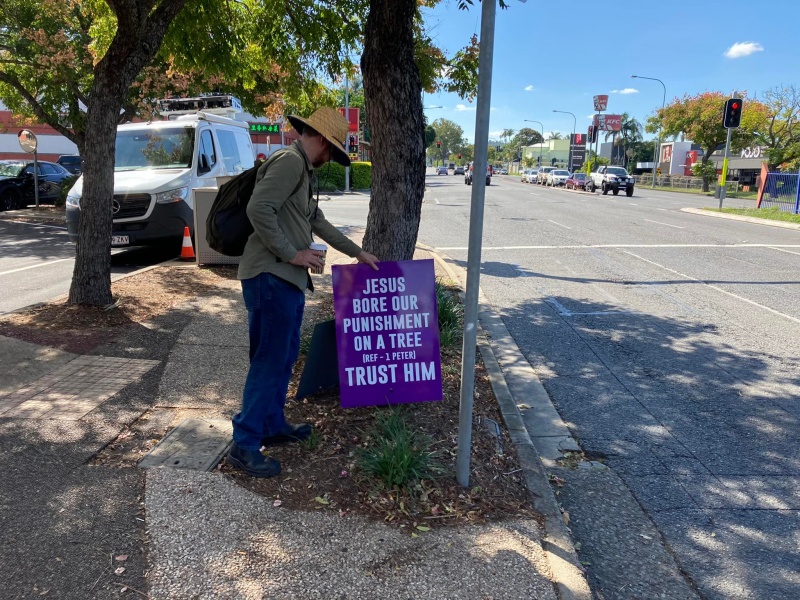 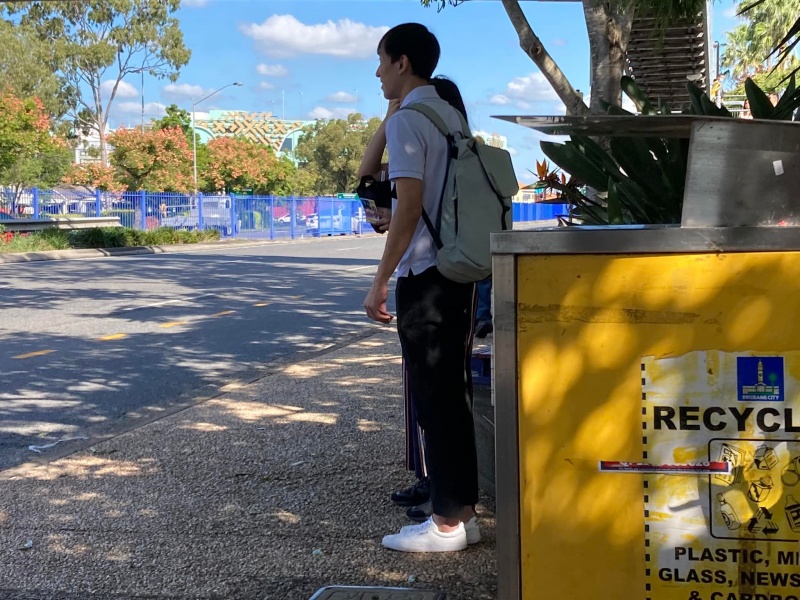 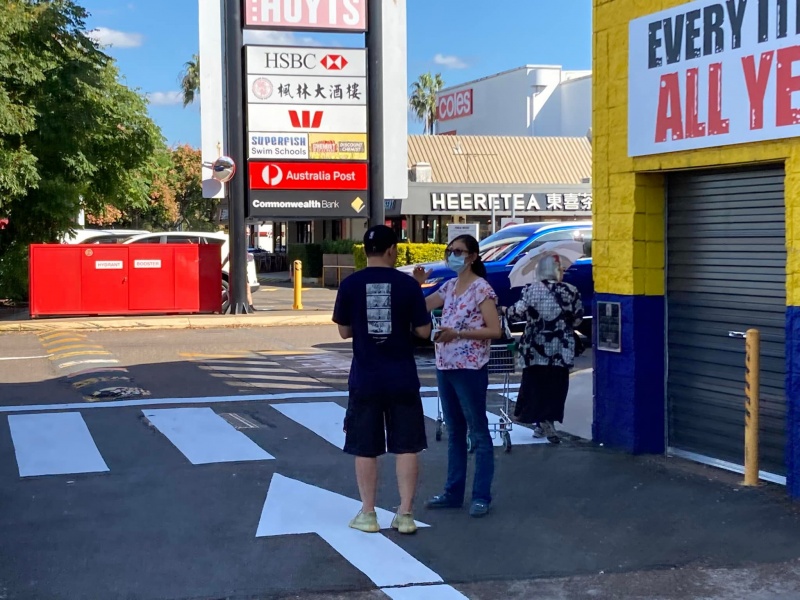