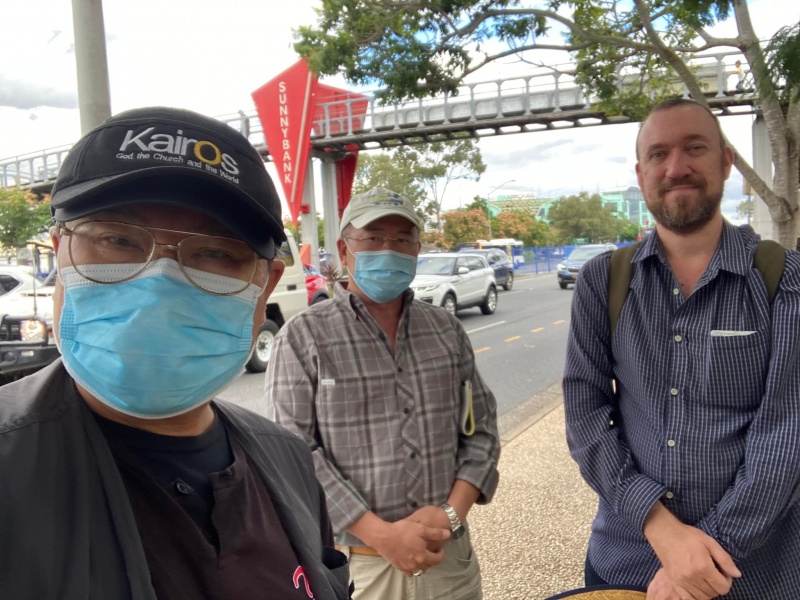 Today, Johnny re-joined the Sunnybank Street outreach together with Gary and Hung. Amy was sick and had to be excused. Sunnybank is still predominantly a Chinese major evangelism field yet still with opportunities to preach the gospel to people of other nations (People Group) So I am extremely impressed for the effort and commitment of Gary joining us at Sunnybank. He has to repeatedly replenish more Chinese Tracts from us. In return, I can always follow up on those gospel targets of Chinese and Asian descendants having been approached by Gary but in Chinese. We thank God for good team work and commitment despite of tough external environment for God’s glory sake.

1. God first led me chat with Shirley an old Aussie lady who also felt threatened and distracted by a Japanese woman who had a mental health weird behaviour display. I anyhow still managed to finish sharing the gospel message though her heart was half carried away. Still trust God might have His follow up work on her.

2. I then approached another Chinese woman who politely declined my approach claiming that she has got the tract before. 中婦己拿 I could not do much as the bus arrived at that time.

4. Then I was led to approach another Chinese lady who speaks good Mandarin by the name of Li李，I was surprised to find out that she was actually an ABC. She admitted that she has heard gospel before 聽過，but she still has some issues yet to be clarified有一些看法覺得有聽進去, God gave me enough time to lead her through the gospel and hopefully she was completely clear this time. So just has to pray for the work of the Spirit to move her to make the last step of faith to receive Christ.

5. I approached another Chinese lady but just had time to give her a tract when her bus came. 中女趕車

6. Then I saw a Nepal man reading a tract from Gary. I waited until he finished reading and tried to follow up on the nutshell of the Gospel. Though he still declared he is a Hindu follower, but he was impressed and attracted to pursue God which is a good sign and he certainly is on the path planned by God for him toward his eventual salvation.

7. Rosy is a very westernized Afghanistan lady having come to Australia for 17 years at the age of 11-year-old. Seemingly she is still not yet a believer, but she was very graceful for my sharing of the full gospel, and promised to ponder the pursuance of God.

8. Then I was led to approach another Chinese lady of Buddhism background. I still managed to throw her the idea of atonement of sin by a Saviour rather than relying on our good deeds to earn out admission to Heaven which is a futile idea.

9. Maria is yet another ABC but could only communicate in English. She declared herself a Christian but was tested without 100% assurance of salvation. She was glad to have this clarified and asked me many other questions how to conduct a Christian life including if she should maintain ore even develop her friend circle with non-believers. Her mum gave her the idea that Christian should avoid making friends with non-believer which of course I do not agree. She was encourage to tune up her life for Christ to involve more in gospel outreach and to settle down in a church as her spiritual home for sustaining growth in spirituality. recommend back to church. Finally she showed her appreciation for our conversation and divine encounter by taking a selfie with me,

10. The last person I approached is a member of ICC by the name of Peggy Liu. I did not have chance to enter into diagnostic questions to test for her understanding of the gospel but trying to build connection through some mutual friends who are member of the ICC Church. 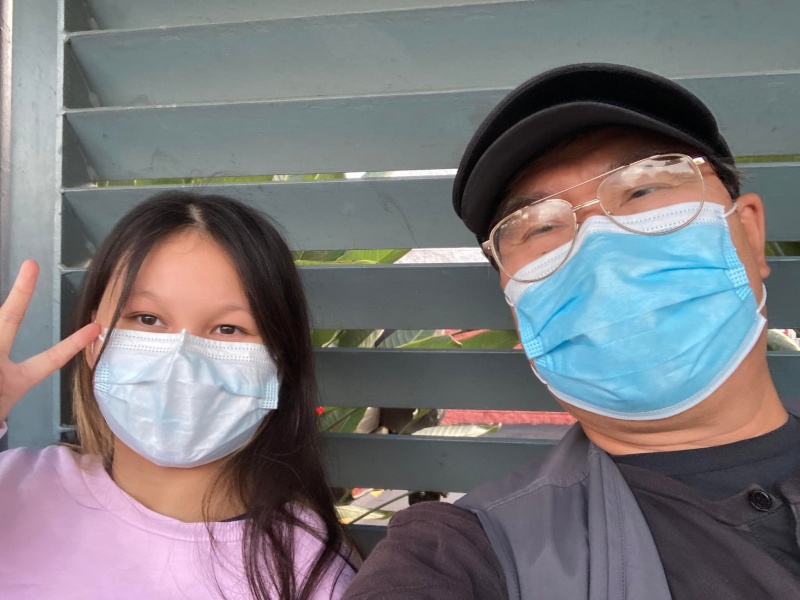 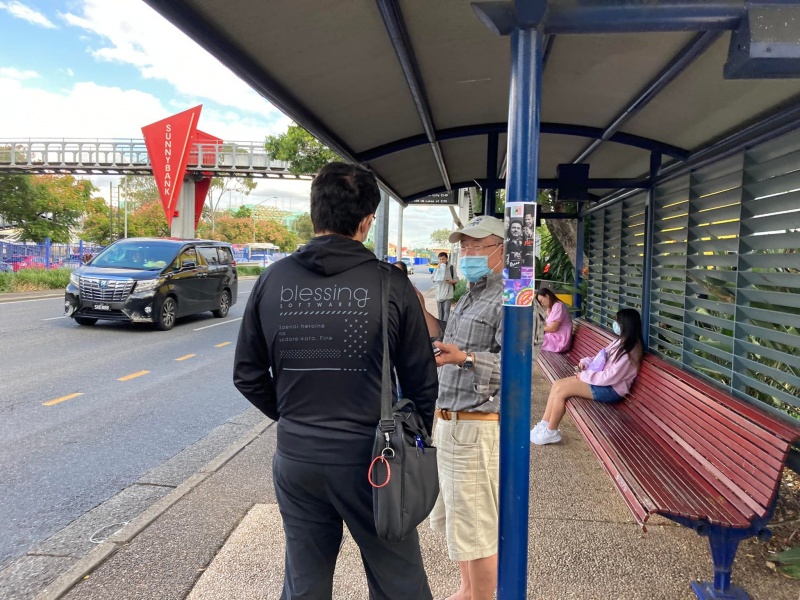 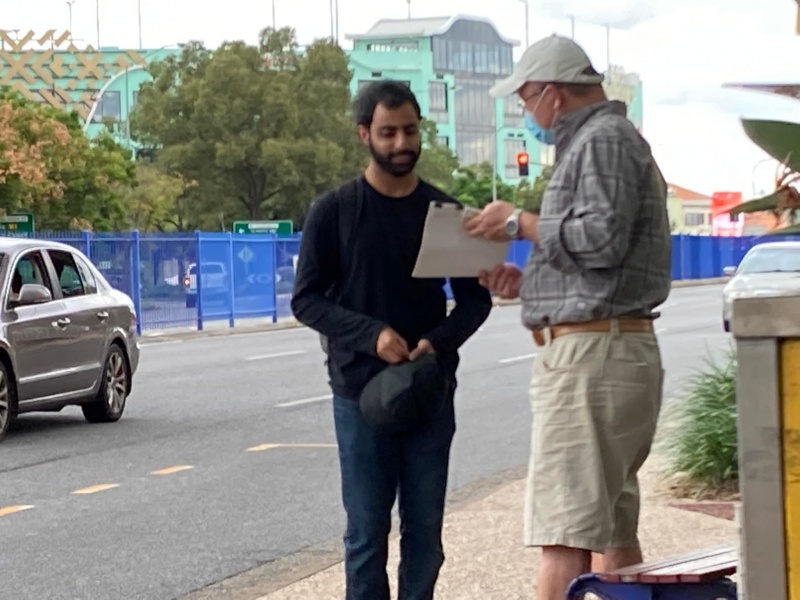 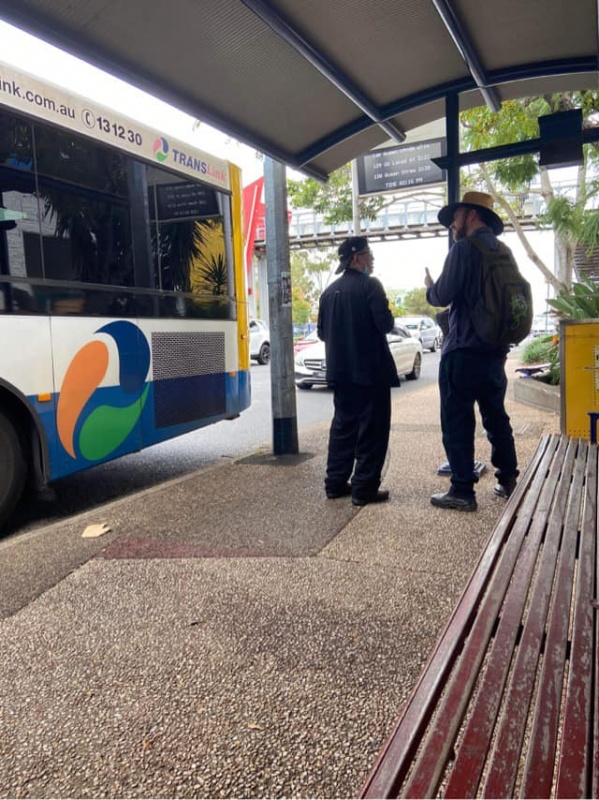 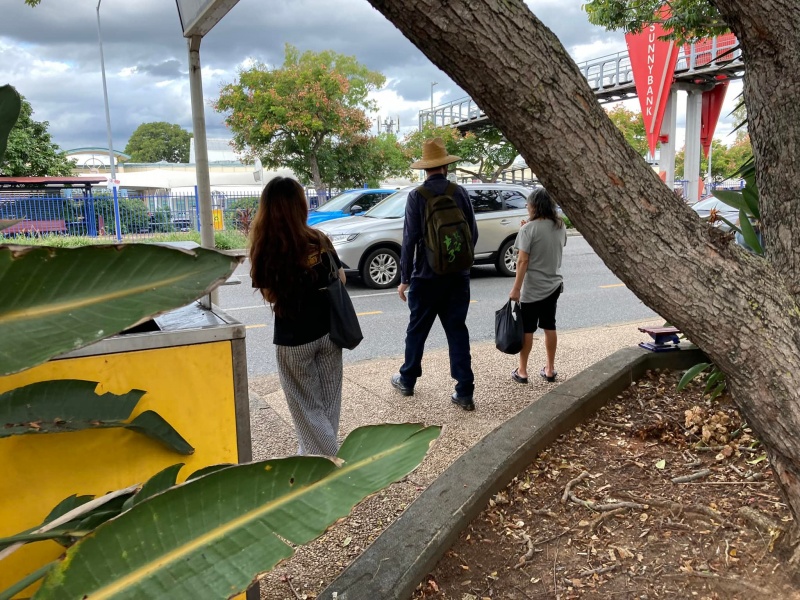 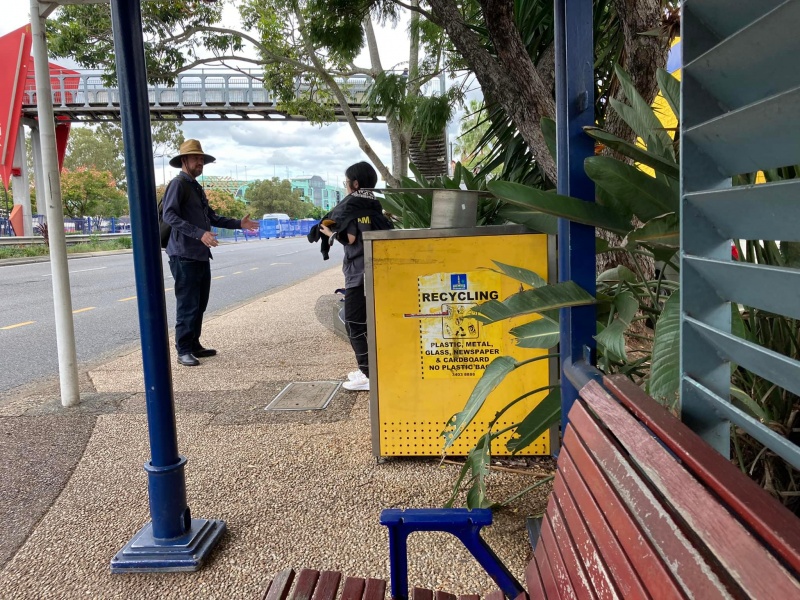 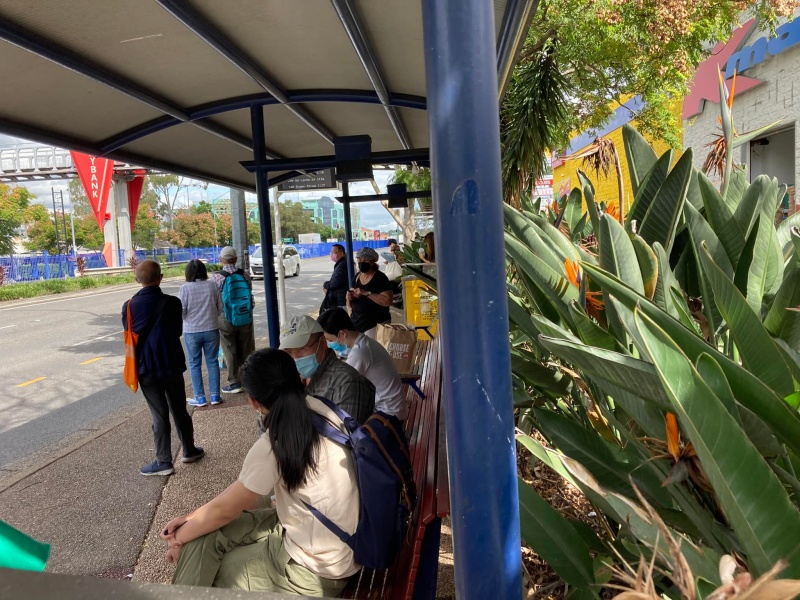 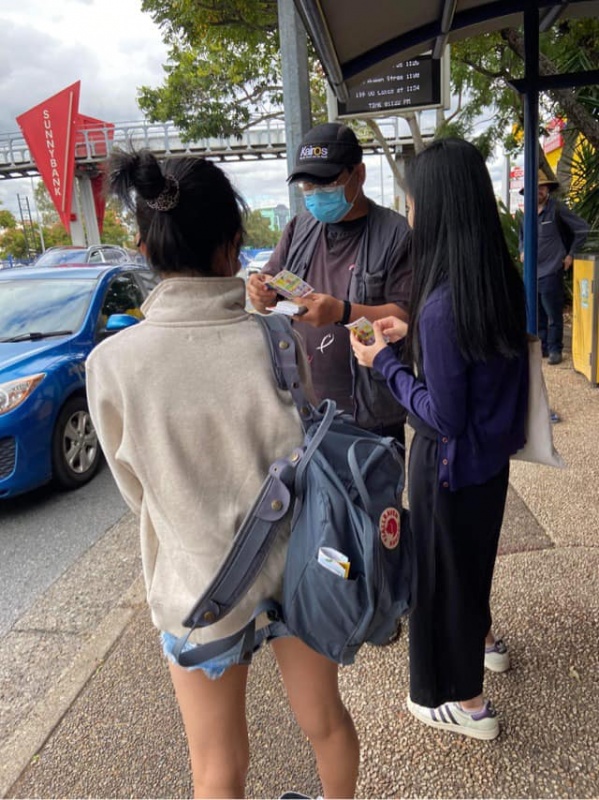 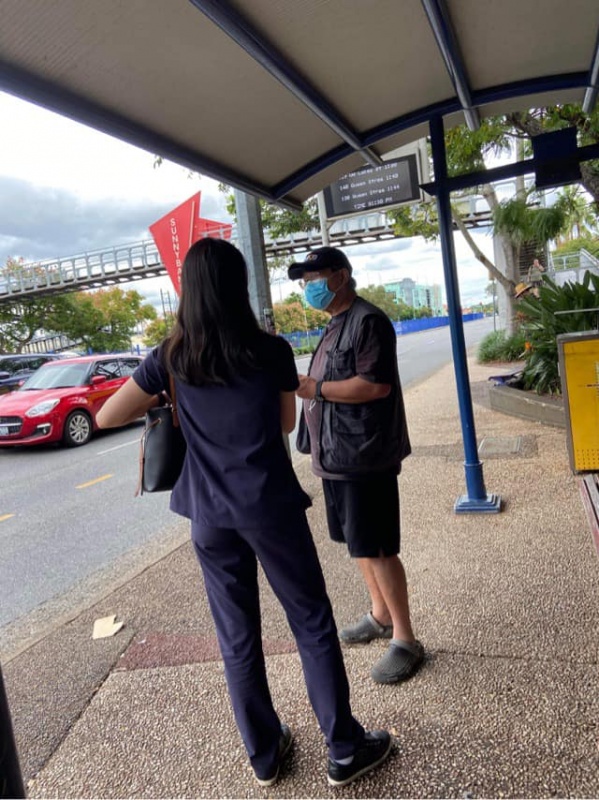 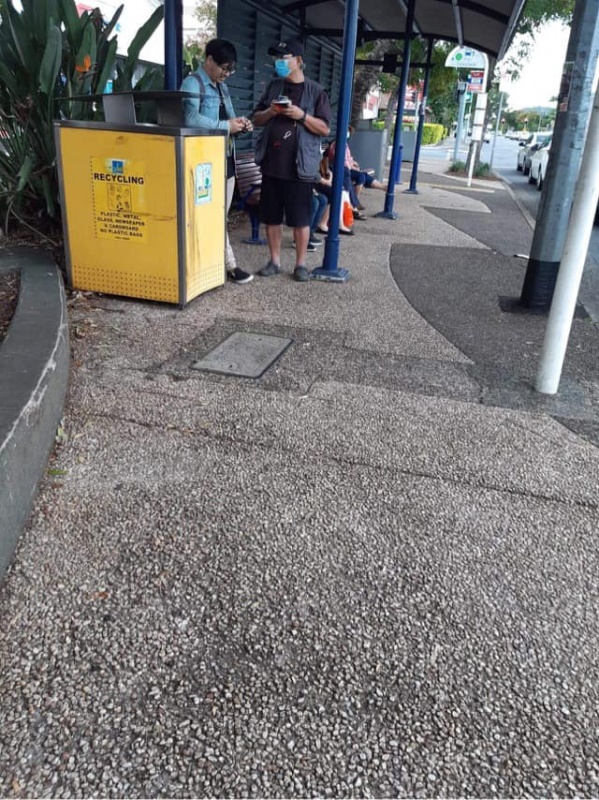 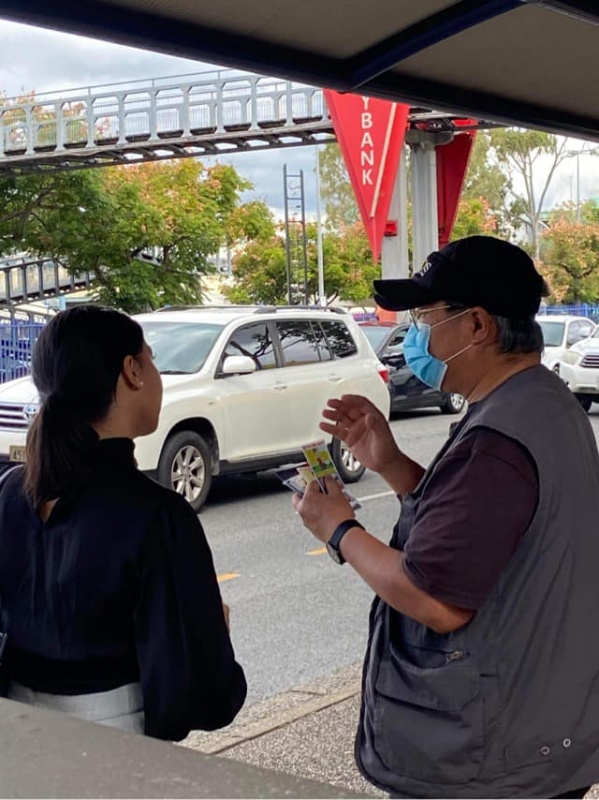 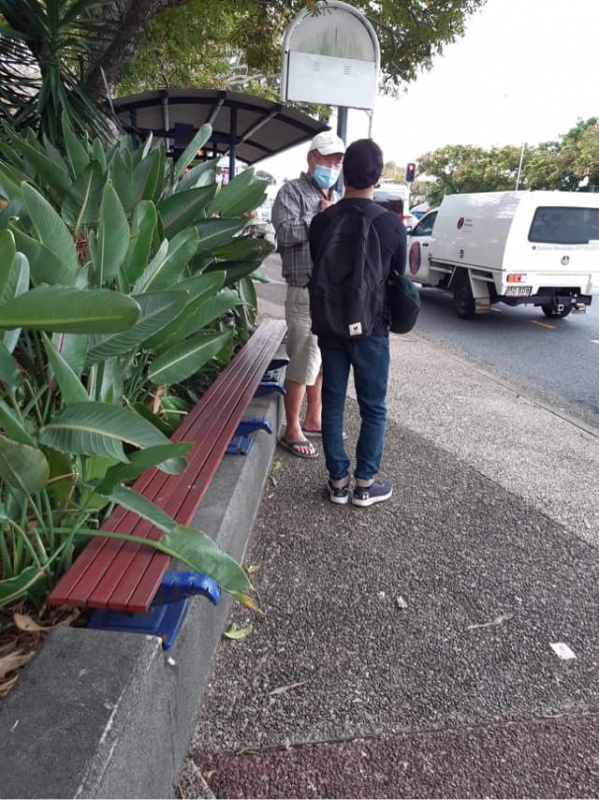 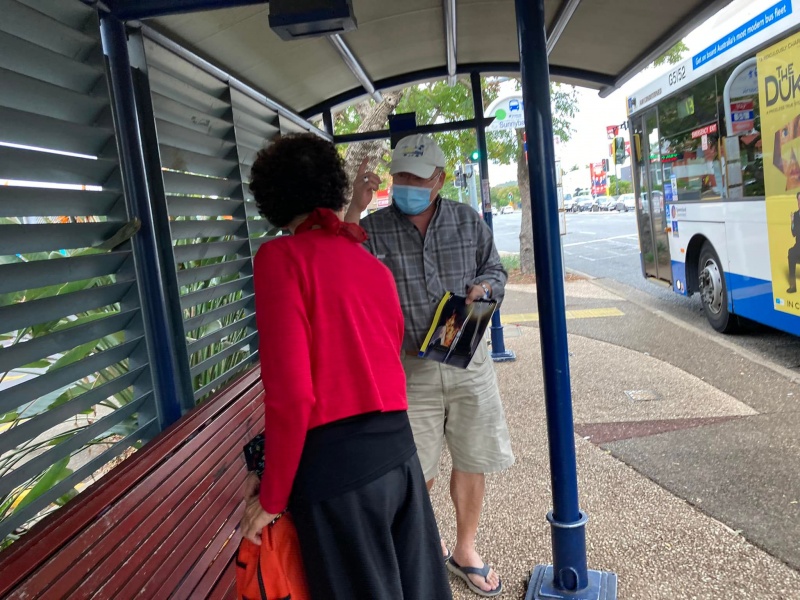 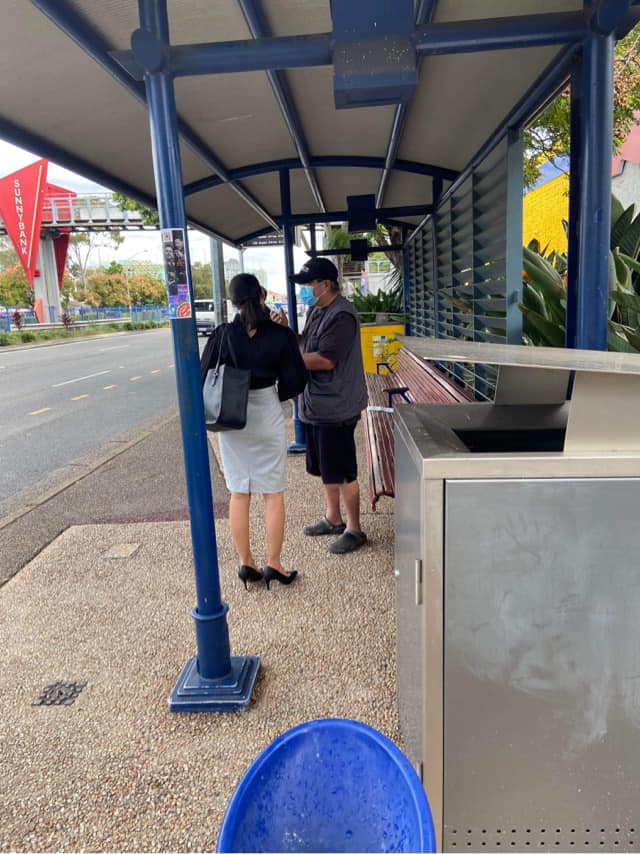