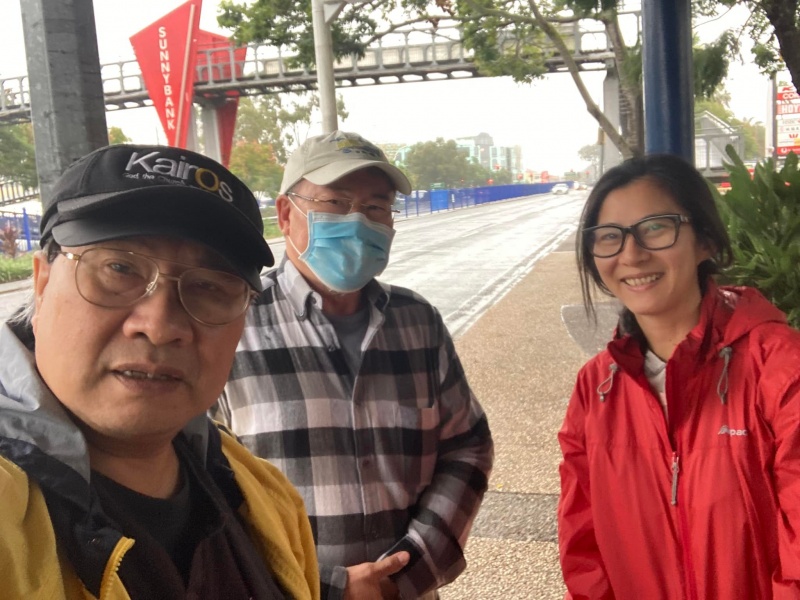 It was a rainy and cold day but it could not stop the Sunnybank team to keep our commitment to preach the gospel to people of all nations either in good time or in adverse condition like today. Gary could not join us, not because of the weather but his kids got sick that he could not leave home too long, so instead he did his own outreach nearest to his home. So only Johnny, Amy and Hung came to team up for God. There were less people flow , but because of the incessant rain, people were forced to assemble under the cover of the bus stop as such, all of us still got amble opportunities to get into conversation with some and in the meantime, as usual also rejected by many. But God is sovereign making no mistakes to destine some to be touched and softened to listen to the gospel and letting some remained stone heart with the seed sown for sprouting into life in His time. We just serve faithfully to grasp hold of all the divine appointment God open for us. Recap is the Battle Log of Hung:

1. John a near-ABC who came her at the age of 5-year-old appeared open and willing to engage in conversation though in English. It was the first time he heard about the gospel and showed willingness to pursue God and salvation.

2. Then I approached a fat guy who kept using excuses to avoid a chat with me though not an outright rejection. I anyway still managed to give him a tract and left a message that everyone needs Jesus unless you are perfect.

3. Approached Janet, a Christian lady and tested 100% assurance of salvation.

4. Ken from Taiwan, not really interested in the religious stuff, but I still managed to share with him the nutshell of Gospel.

5. Amy was one of the four students from a private high school. She is of African origin and appeared quite receptive to the Gospel message listening attentively and show appreciation afterwards. Johnny was doing the same thing with the other three girls which I overheard with some ridiculing voice. So I was glad God used me to single out Amy from her other more playful friends.

6. Then approached a Vietnamese Christian man but it was a pity I did not have time to test for his assurance of salvation.

7. I met Mr Chan 陳from Malaysia yet a Cantonese speaking person. 馬來華人廣東話. He once attended church but going no more. I could only manage to keep up with him a friendly relationship to wait for next opportunity as his bus came very soon.

8. Then God led me to meet with a Korean Christian but weirdly he avoided questions for diagnosis about his assurance of salvation. It was a very rare reaction from a born-again Christian that don’t want to share about his faith.

9. Then God led me to chat with Brook yet another professed Christian. She passed the test to show she has 100 % assurance of salvation. Though she works in a bakery, but she involves in many forms of church ministry. I am glad that her perfect understanding of salvation will be an asset of her church for bringing up younger kids to receive Christ finally through the correct teaching of the gospel.

10. Approached Jenny a Vietnamese lady. She was also a willing listener of the Gospel

11. Finally, Johnny referred Mrs Wong to me as she is from Hong Kong黃女士，she claimed she used to attend Hill Song but no more after pandemic，Surprisingly senior people seldom has mature Biblical teaching yet Mrs Wong showed she has 100% of assurance of salvation simply because of the redemptive work of Jesus through dying for our sins. Later, I found out that she is the wife of a senior man that I used to have greeting when we met at Sunnybank. It was good that I finally could confirm that the faith of that couples are pure and correct. 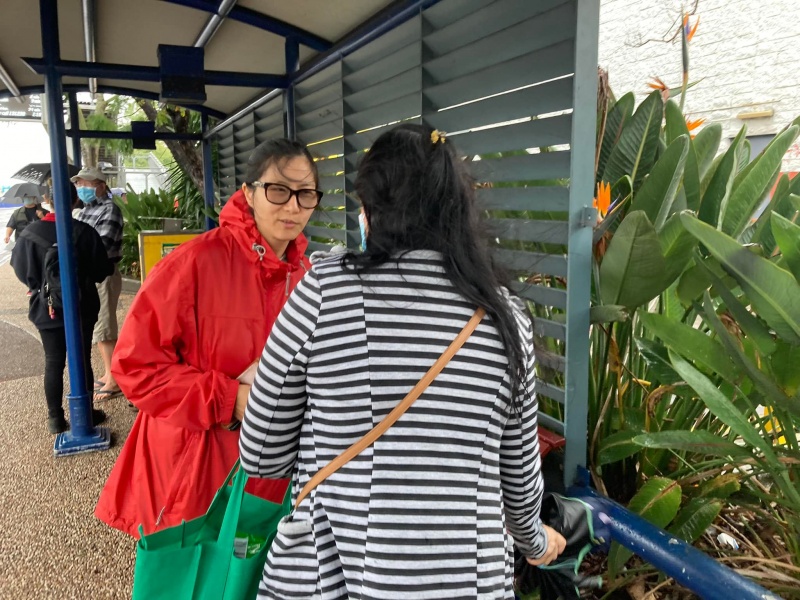 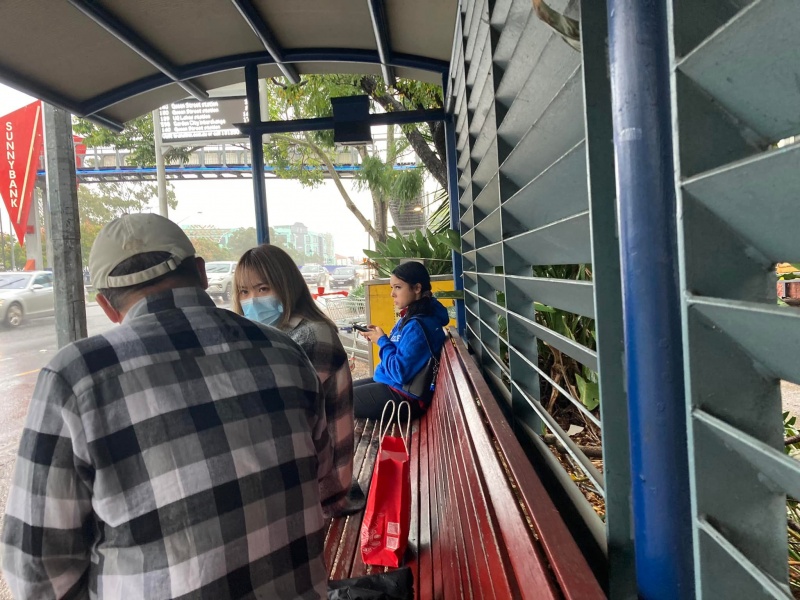 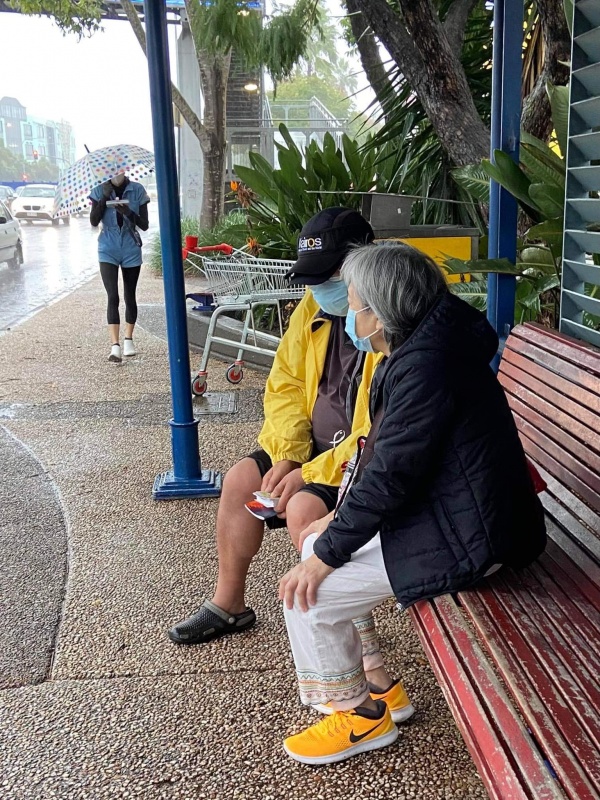 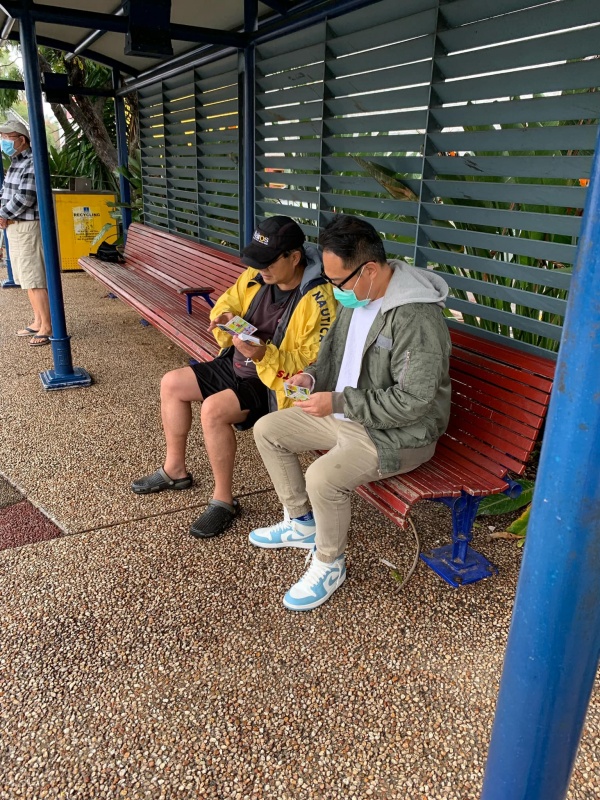 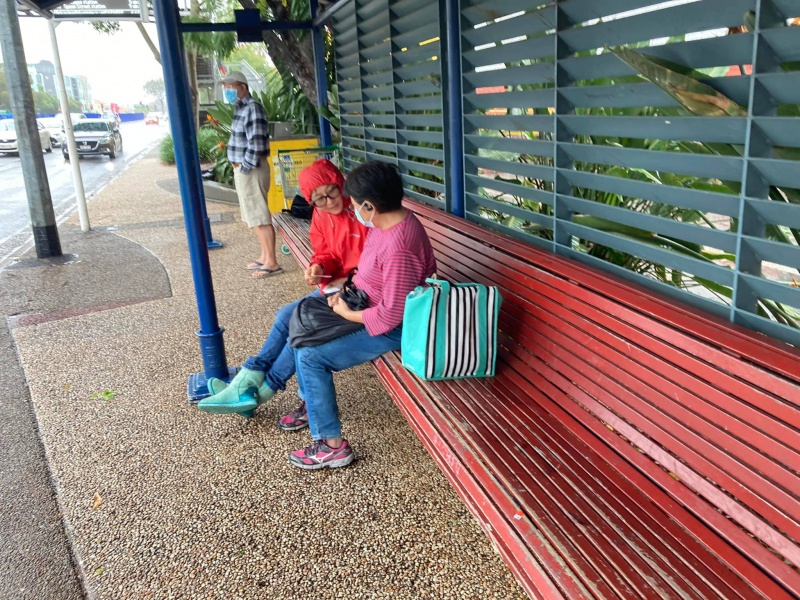 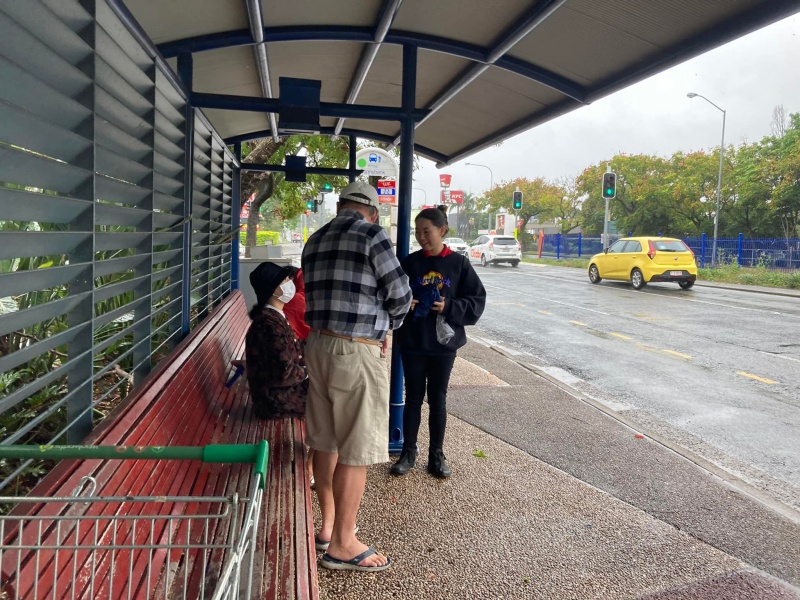 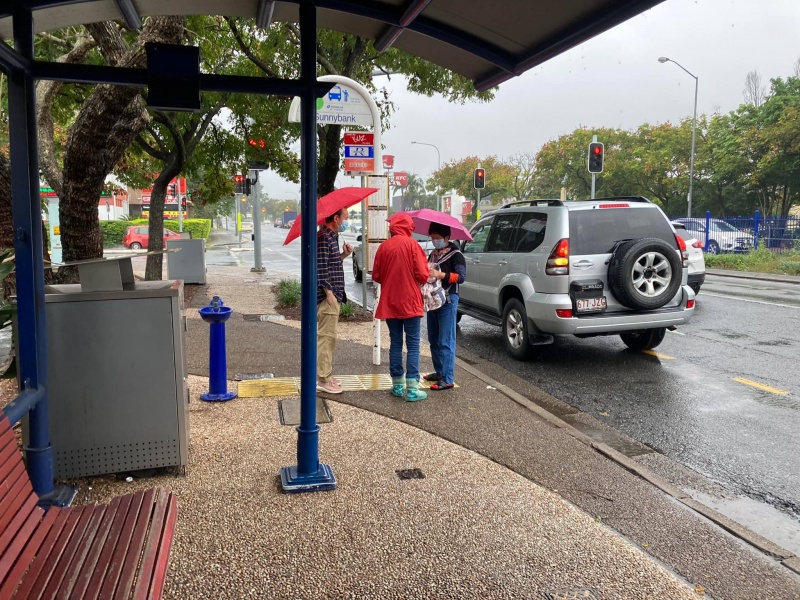 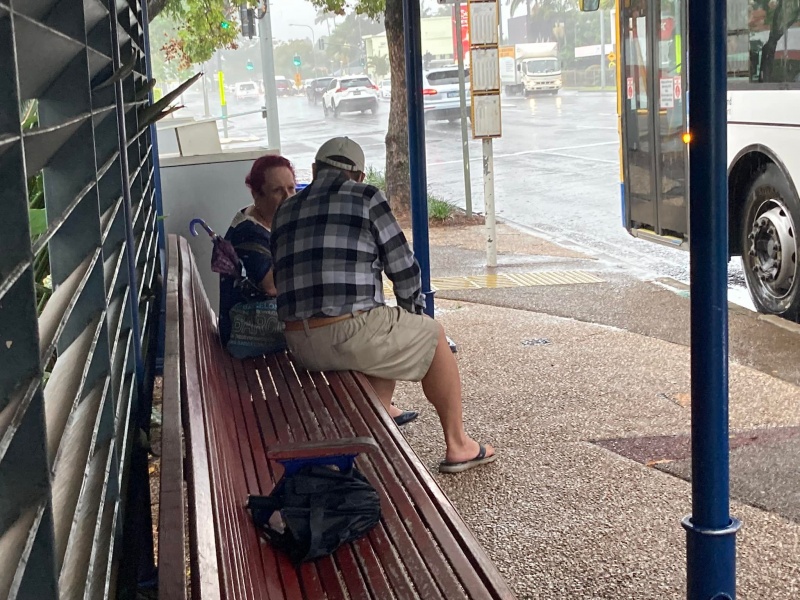 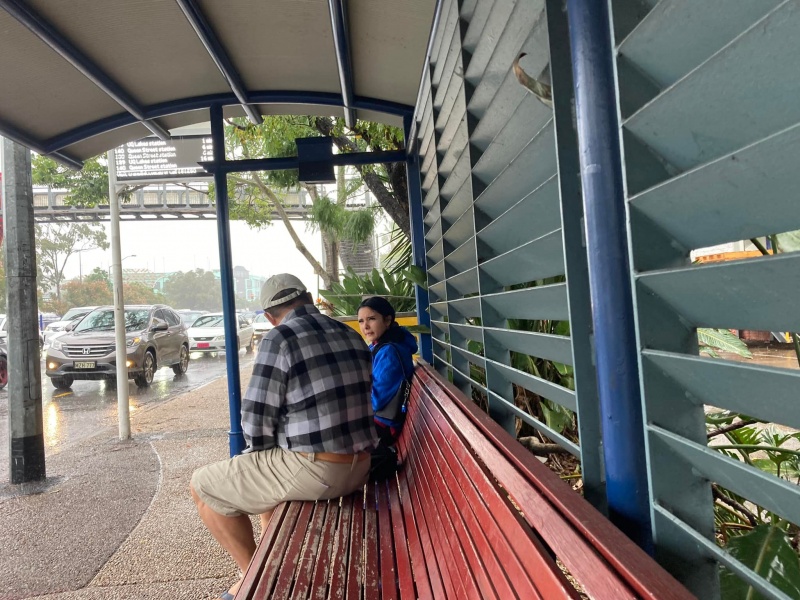 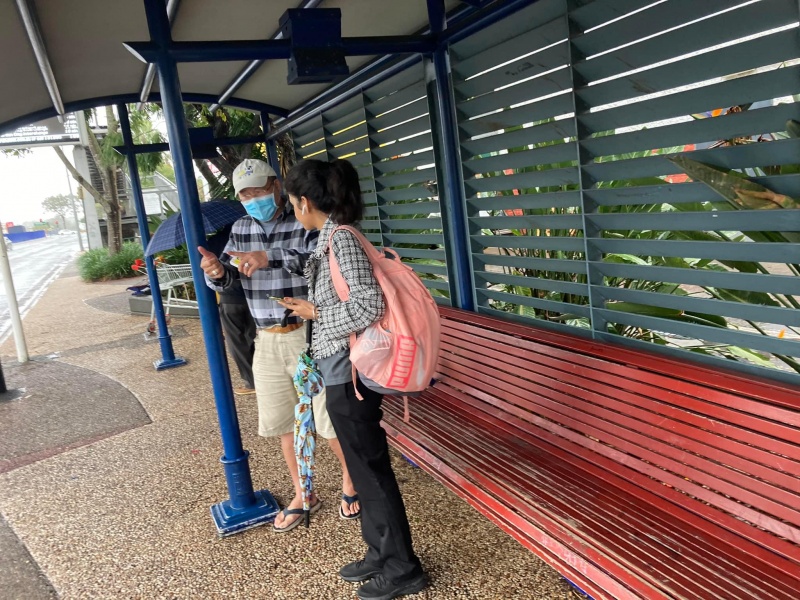 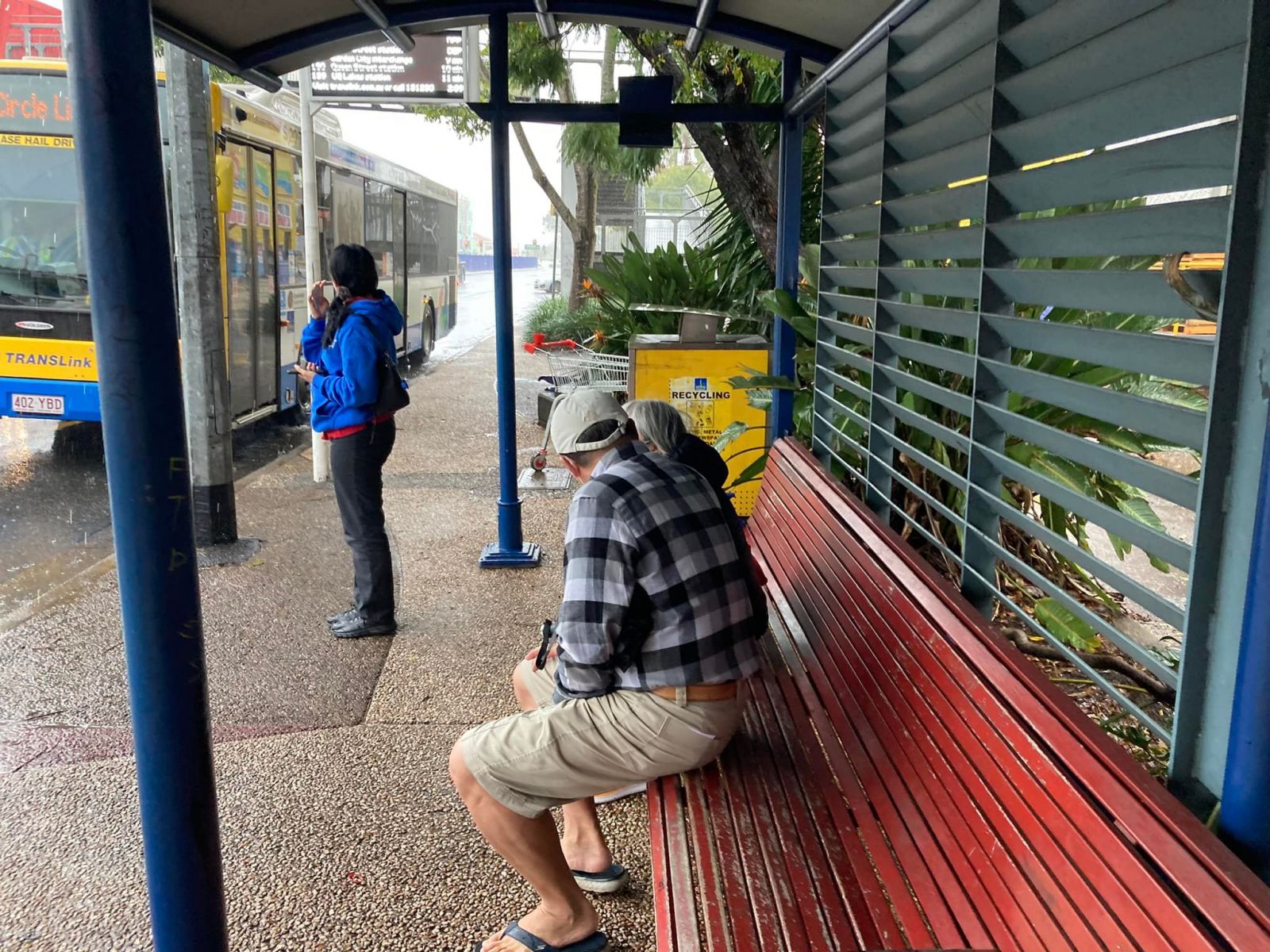