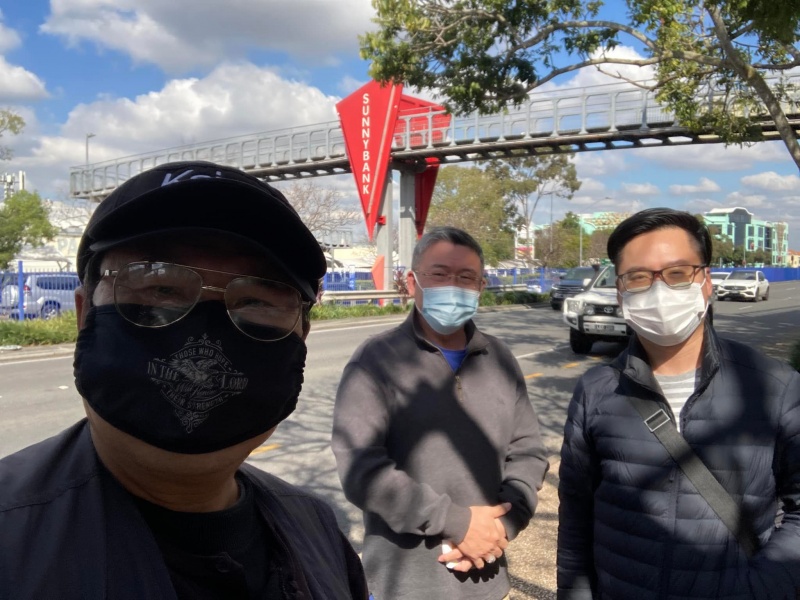 Battle Log of Operation 513 for Sunnybank on Wednesday August 3rd, 2022 from 1300 – 1500
It was yet another fine weather afternoon good for open air outreach. It was sorry to have two regular members kept absent because of illness of self and family members. But God gave Johnny and Hung a surprise by calling and moving an old OPN 513 advocate and past team members Joe Chai to re-join us. He actually used to be the best spiritual friend of Johnny's son Michael. Both of them were once active in street outreach but later on moved on to other job and ministry. Joe worked with Evangelical Students in Campus outreach and some other outreach ministry of his church. Since the Pandemic, he is one of the work- from-home new social species. Through the Battle log of OPN 513, he got updated of our now limited street outreach while majority of OPN 513 folk have switched focus to online evangelism. Finally, God moved him to join us today while we are short of two regular hands. He actually takes one hour lunch break to rush to Sunnybank to join us from his new home now in Runcorn. We were most impressed by Joe apostolic passion to sacrifice his lunch hour to do His work. God is great and we are privilege to be His vessel for the proclamation of Gospel.
Today all of us faced momentarily consecutive rejection. But God also gave all of us many long and fruitful chats. God also imparted team work amongst us, using one team member to make the initial approach, though rejected but allow another team member to follow up making a successful connection on the 2nd attempt. Battle log of Hung is recap as follows: -
1 ) God led me to first approach an Old Aussie lady, who surprisingly was willing to talk and responded to question expressing her wish she could go to heaven by good deeds. It was a pity I did not have time to correct this stereotype concept and pray that the tract will still do the job.
2 ) Then I was led to approach Mr Yeung 楊from Quanzhou廣卅. He claimed he is a Buddhism practitioner佛. It more so gave me chance to clarify that all religions including Buddhism are good but only good at guiding people to be a good person. But no one can go to heaven unless we are perfect. I also pointed out to Mr Yeung that Buddhism strictly speaking is not a religion but simply a Moral education centre as there is no God head mentioned in Buddhism. It was all the self-perfection personal life transcending journey of the founder. Mr Yeung seems to have been impressed and understand what the religions can and cannot do versus Jesus a genuine saviour.
3 ) After that, I encountered again many rejections or sometime completer ignorance. I prayerfully moved on to my next divine appointment.
4 ) I approached two Chinese girls who also showed initial reluctance to chat. But I prayerfully and patiently still managed to share with them the full gospel before their bus arrived.
5 ) Then I have a medium long chat with Mr Yip 葉 from Hong Kong. He after a while disclosed, he is Christian and passed my test of complete assurance of salivation. He is now attending local Aussie church, but I encourage him to re-join Chinese Church or some of the on-line service.
6 ) Then I was led to approach a man from China who has just arrived from Shan Dong Ji Nan. 山東濟南. He is the rare mainlander to has open mind to listen to Gospel.
7 ) A defiant local Aussie with a Gypsy look initially tried to reject conversation but end up doing life searching question. Our conversation lasted the longest for 30 minutes. He claimed he was once a Christian but left the church and never ever will go back as he saw too many fake Christian with bad life witnesses. But after the long chat, he seemed to have his fallen asleep Spirit be revived again to see the work of God in his life. 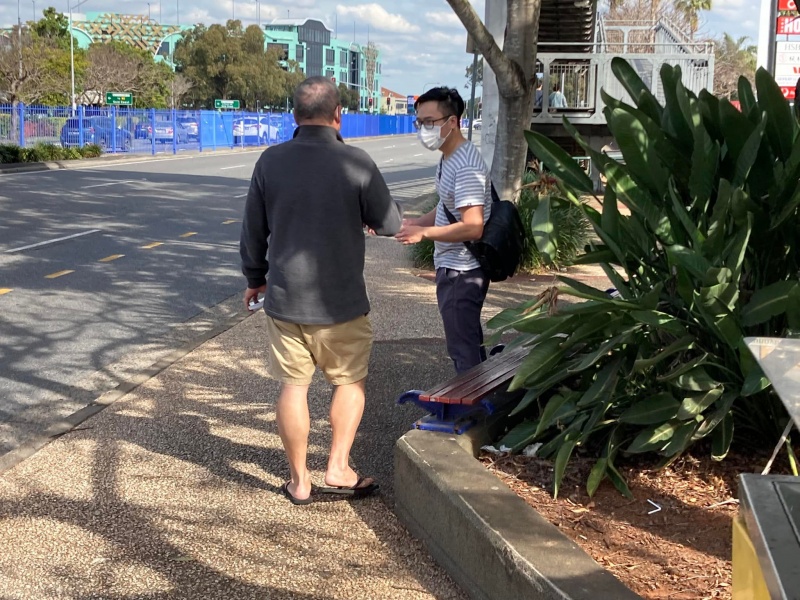 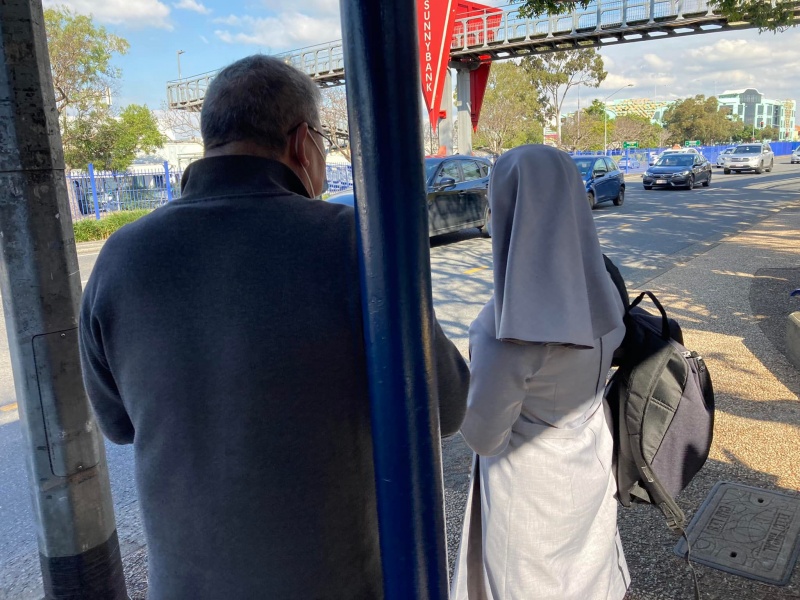 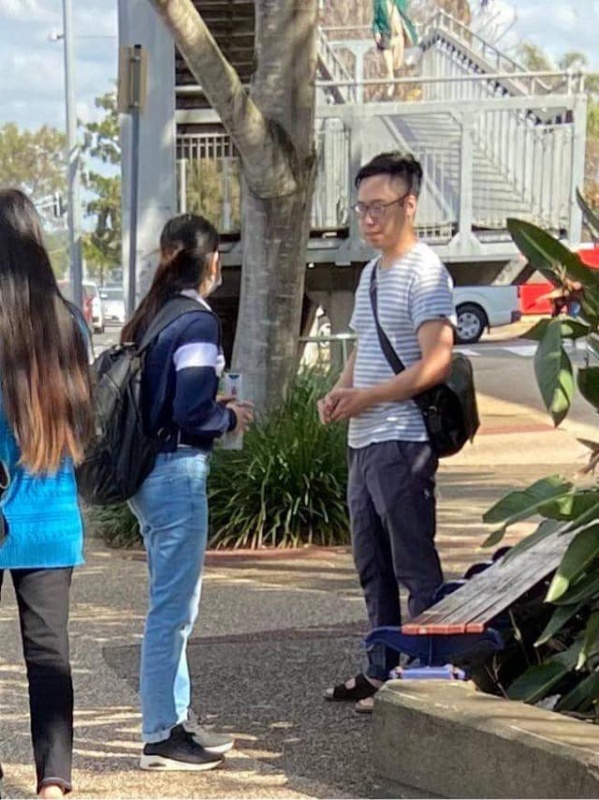 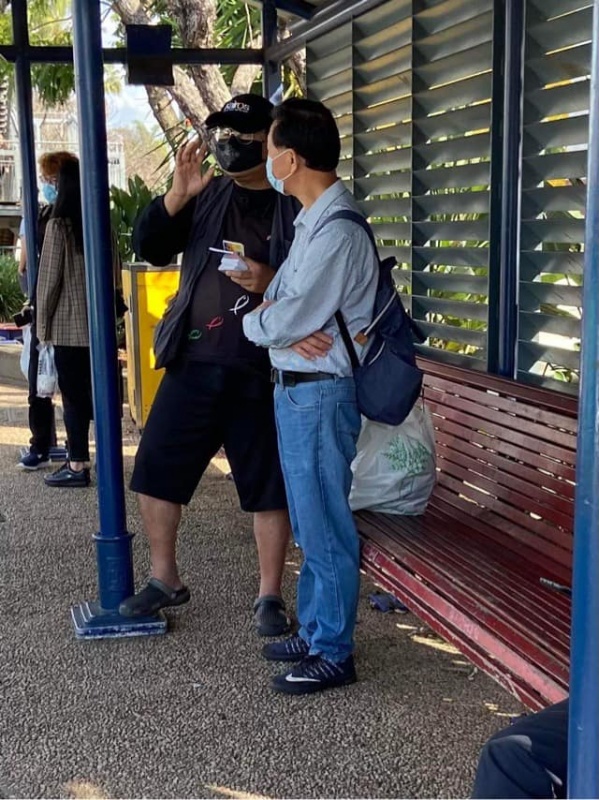 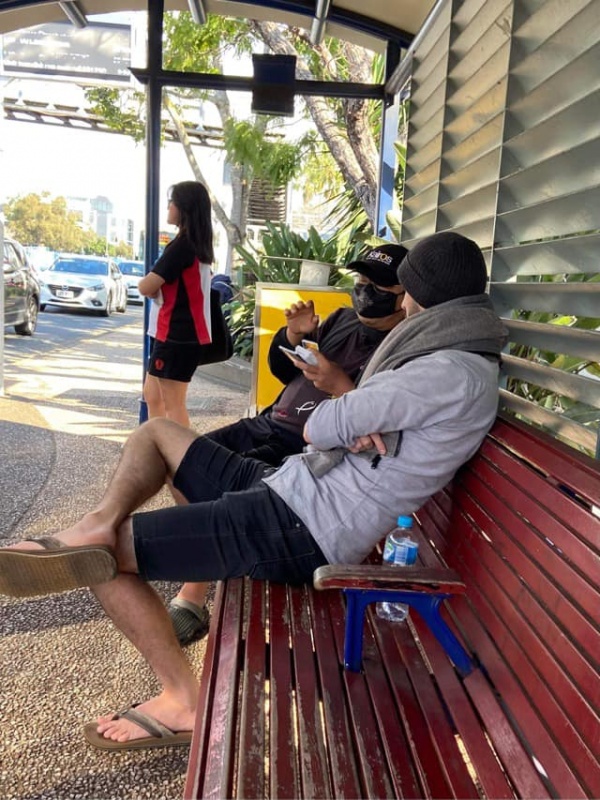 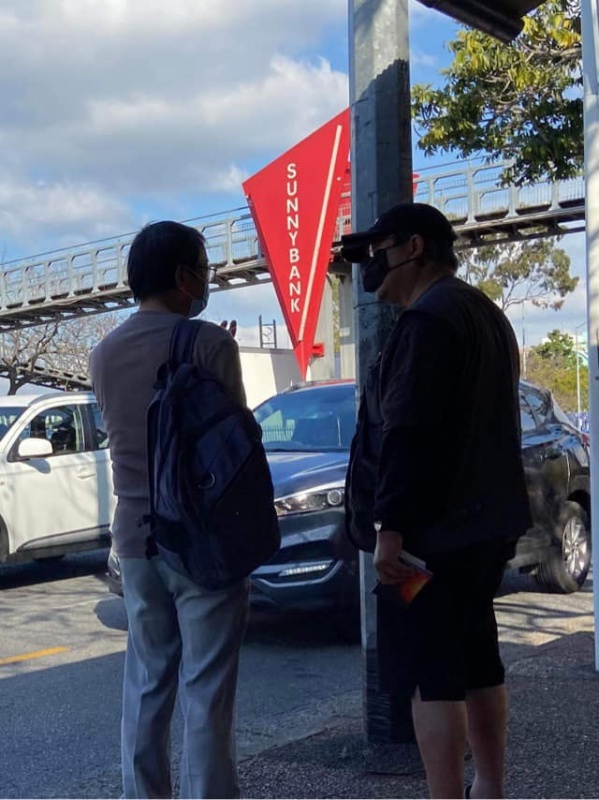 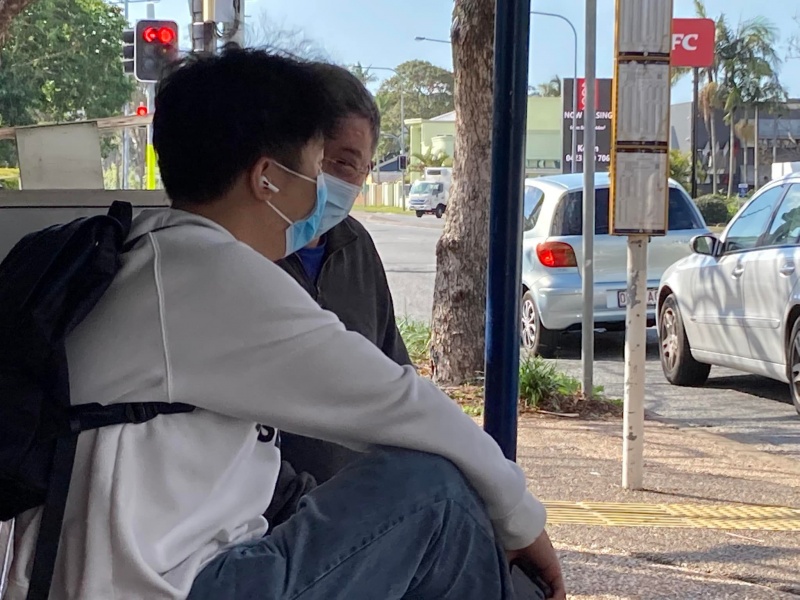 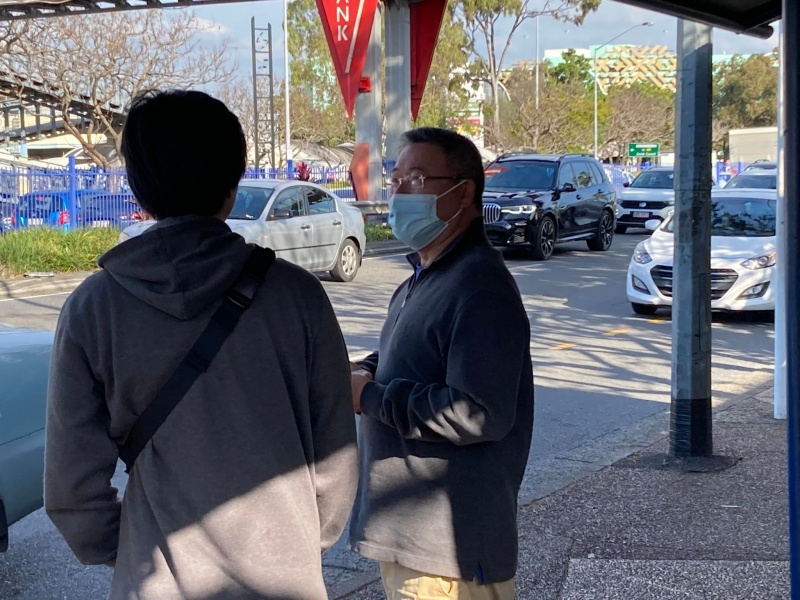 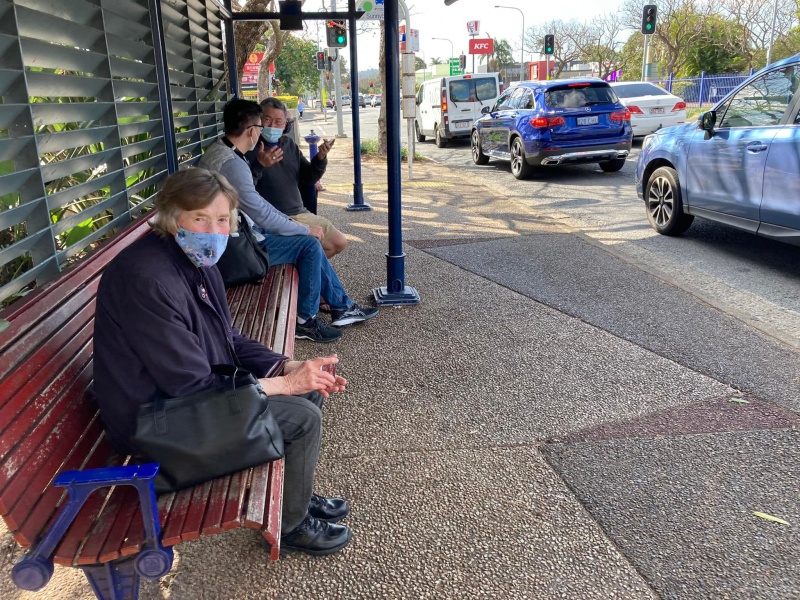 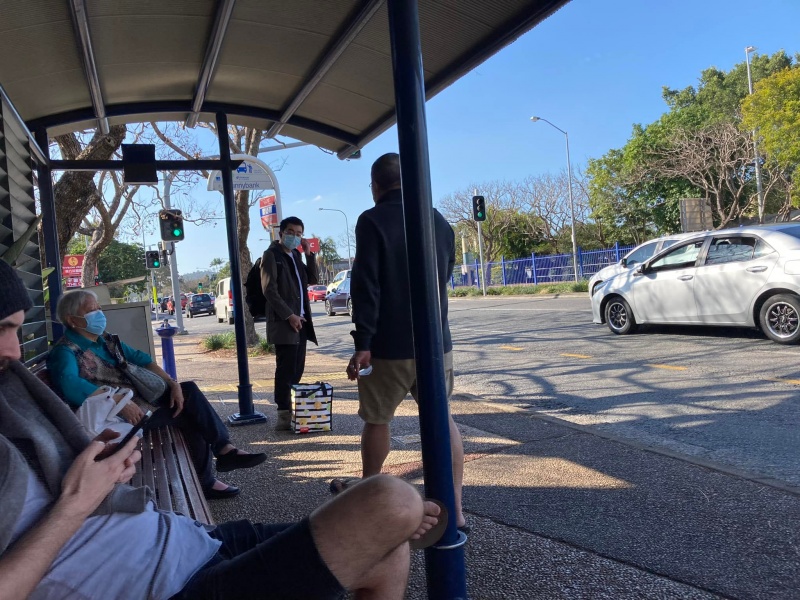 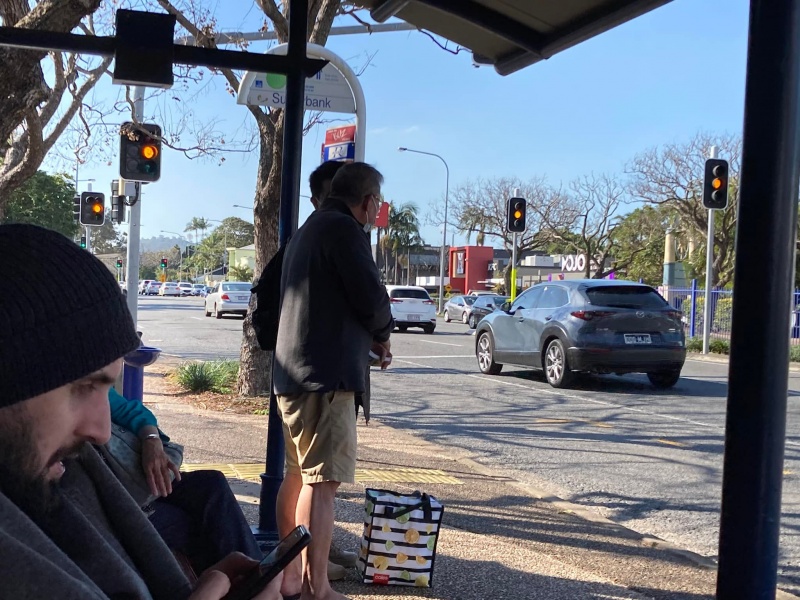 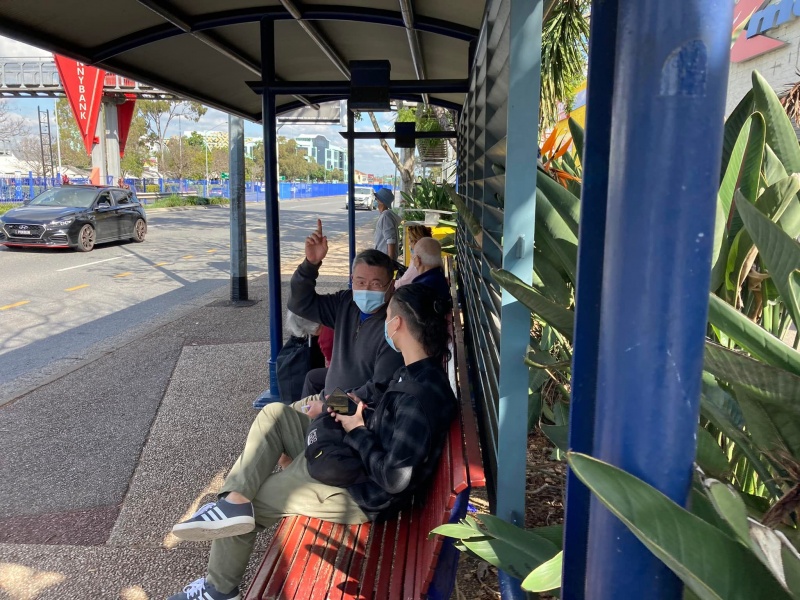 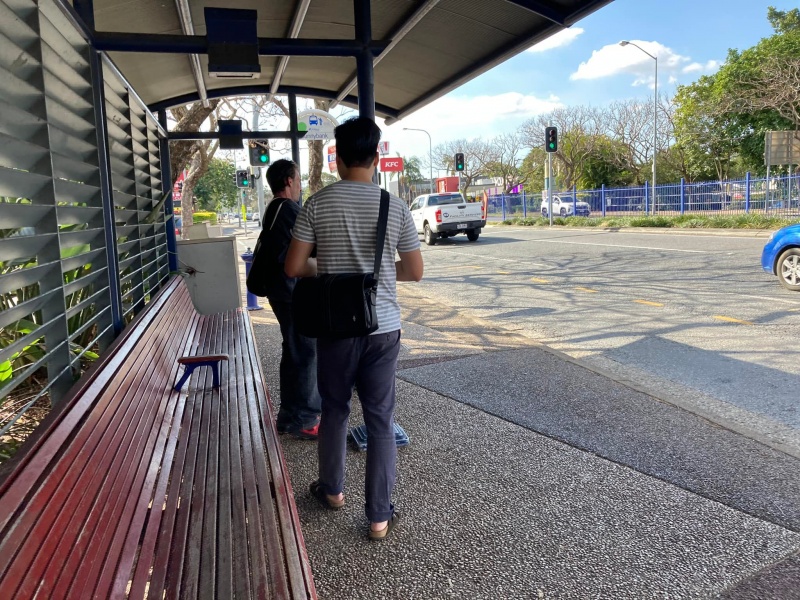 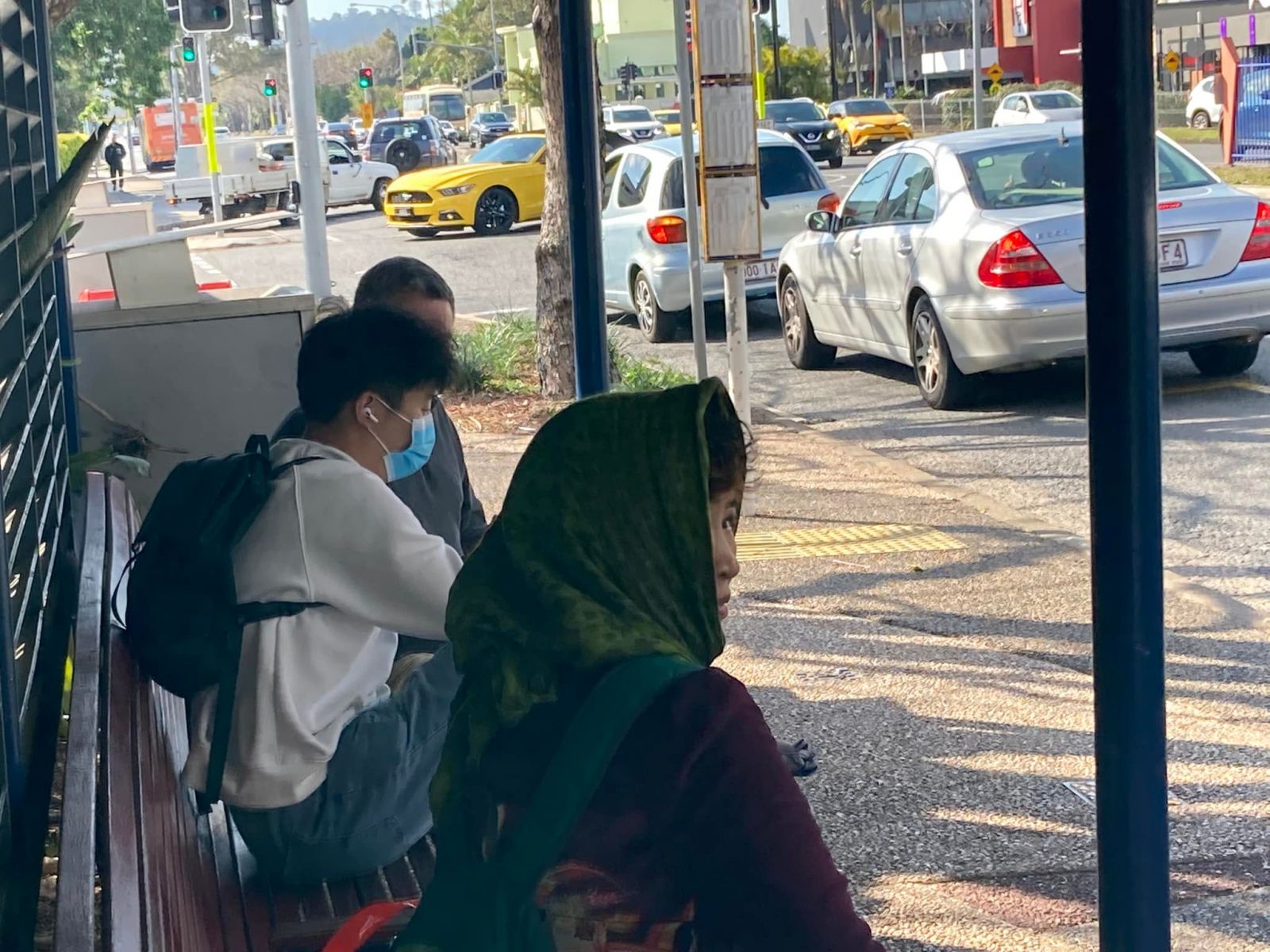