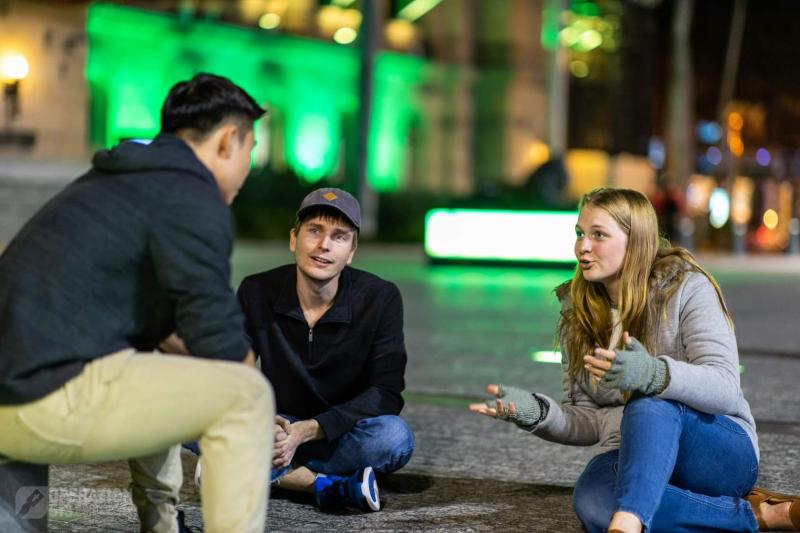 As Sunday nights have become a regular event more and more team members have been coming out. It has been exciting to see that there has been around ten members each Sunday night so far. What better time to come on out to preach Christ and Him crucified then after you've just had a ninety minute worship service, as a body praising God for who He is and what He's done. This week's outreach was exciting as again some newer team members came out with the intention of telling others what Christ has done!

An early conversation took place with Alva a tourist who was bold in her declaration that she does not want to believe in God. She was shown the law and her guilt but kept trying to defend that the things she had done aren't that bad. She saw the building builder analogy and said that it made sense but she doesn't want to believe in God. It was sad to see that she was so against God and was warned that it is exceedingly unwise.

The following conversation was with a young couple who at first were hesitant to stop because they didn't want to think about it but they ended up pausing and at first the shared that they don't think there is a God or an afterlife. Then they were shown how we know God exists, why this is a serious problem for us as God is good and must punish all evil, leaving us, if being judged based on how we've lived, deserving of and heading toward Hell. But then they heard the good news, that God in His kindness has offered a solution. He has come, paid the penalty sin deserves and all those who trust in Him will be forgiven of their sin because Jesus has paid for it!

What an joy to share. Keva and Claire heard this, were asked some clarifications questions and came to understand the gospel. They were then challenged with the cost of trusting in Christ and were encouraged this very day to consider it because they're not guaranteed tomorrow!

The following conversation was surprisingly even simpler! Dirasch and Miral an Indian couple said they sort of believed in reincarnation. They were shown how we know God exists and they agreed without argument. Then they were shown that God is good and they agreed, which then by implication left them guilty. They took a look at God's law and were humble enough without argument to acknowledge that they are in very serious trouble because they have lived lives of rebellion against God. They understood that the punishment can't be merely limited to this world but that there is a Hell punishment for sin.

This moment was taken to emphasise the problem with reincarnation, each life is filled with wrong actions. More and more sins. Which means, life after life one will just compile more and more sins that need punishment. In an attempt to avoid Hell the reality is they are just making it worse for themselves. They agreed with this and saw that extending the amount of lives one has will never atone for sin.

Then they heard the glorious good news, better than a self-hope that over 80,000 lives one may be able to perfect themselves rather that God in His love has done it all so that those who by faith in Christ accept the gift of forgiveness are made right before God because He has paid the penalty for their sin and provided the perfection required to stand in the presence of God!

Dirasch and Miral got the simple response to the gospel, that all one must do is trust in Christ to receive forgiveness and then they were shown what it will cost them. That although the gift is free trust in Christ may cost them many things. They understood and said that today they are going to trust in Christ! They mentioned they'd been given a Bible in Byron Bay a little while back that they would read and they were encouraged to attend a local Church!

Praise God for His mercy and kindness toward all those tonight heard the gospel! Please be praying that those who heard the truth, read the truth or were even asked simple questions would not be able to rest until they are right with God! May this exposure to the gospel be a pebble in their shoe that they must deal with as soon as possible!

Why not consider coming out one Sunday night, you'll be glad you did! 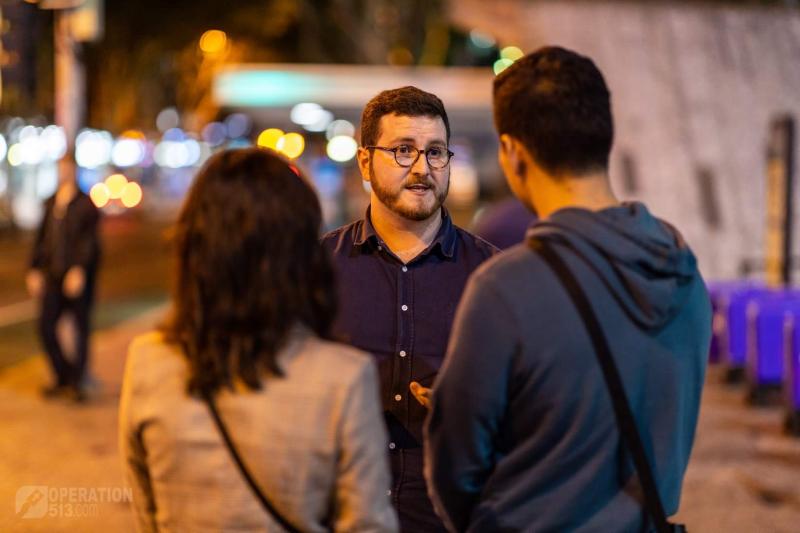 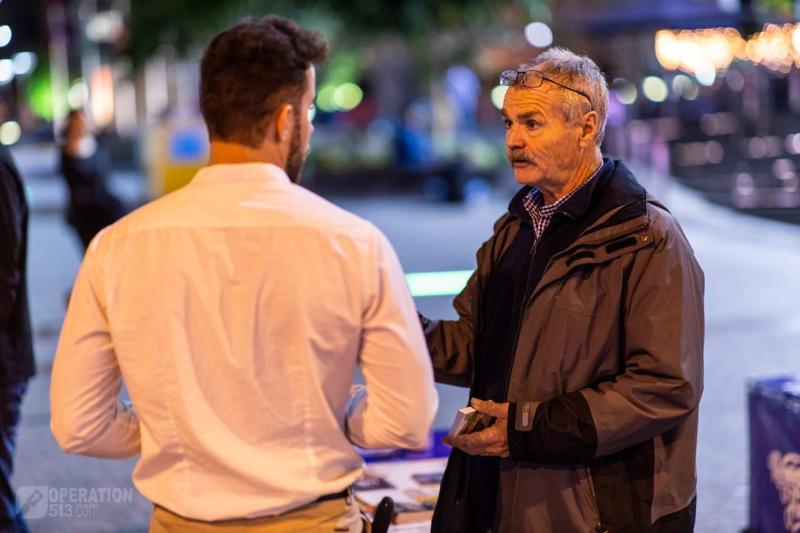