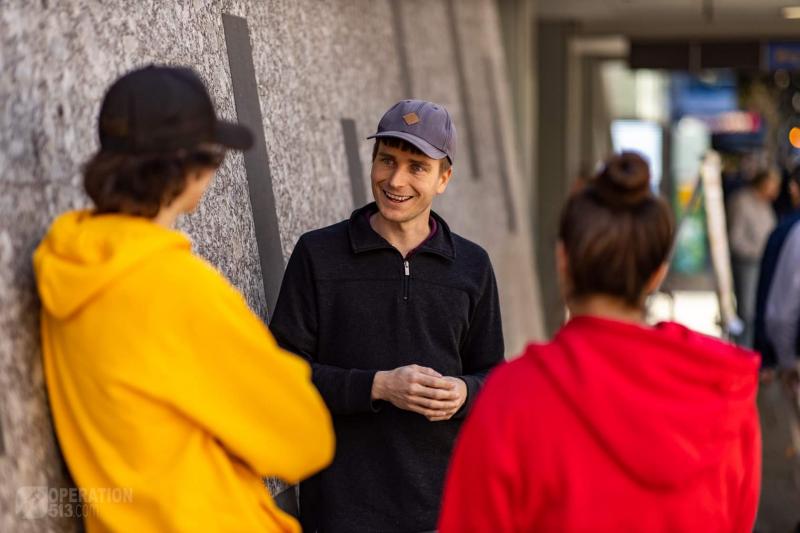 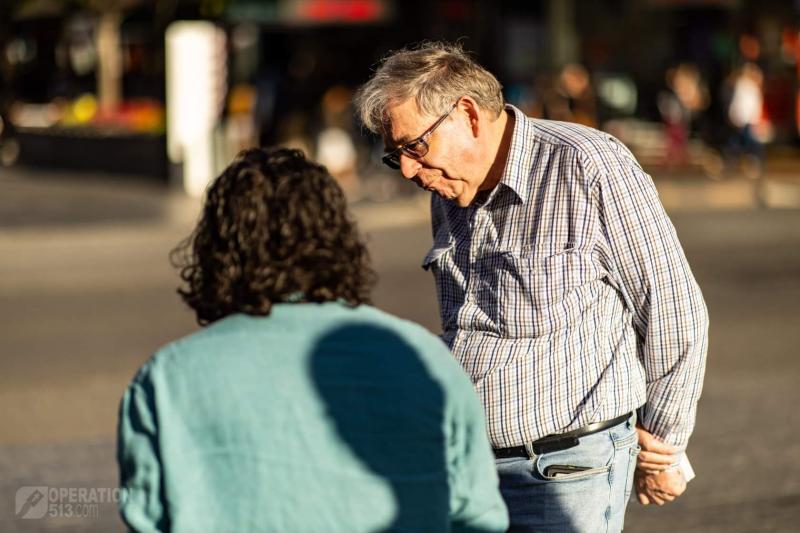 On Wednesday in Brisbane City the events going on the the square were gone, meaning there were a whole heap more people sitting down around the area! There were also seven team members out meaning seven people could hear the gospel at one time! Over the course of the afternoon many people were approached and had conversations of varying lengths.

The first lengthy conversation took place with Liam, who had just gotten out of prison for attempted murder. You would think that he would have thought he was a bad person and deserving of Hell but you'd be wrong. Liam thought that as long as he improves his life from here on in God would welcome him into Heaven on the final day because he is generally a decent guy. Throughout the conversation he came to understand the simple message of the gospel, that faith in what Christ has done is enough for someone to get to Heaven but it turned out that he didn't want to give up living his own way.

He said, "I would prefer to keep stealing to provide for my family and go to Hell than to trust in Christ and not be able to provide". It was an attempt to be noble but it was pointed out that there are a myriad of other ways in which you can survive with a family and it came out that there were certain things that He spent his money on that were not only sinful but illegal. Liam wanted sin more than he wanted God. He walked away knowing what Christ says the way to Heaven is and took a tract. Please be praying that God would humble him and give him a desire to trust in Christ.

A more exciting conversation was with Andrew and Zara. Andrew was in his late fifties and Zara was his eight year old daughter. Andrew at first professed to be atheistic but it turned out that he rejection of God wasn't evidence based but upon the fact that he desired to live his own way. Andrew was shown some simple apologetics for how we know God exists and he said they made sense. He was shown his guilt through God's law and came to understand that if he kept living his own way and died God would have to send him to Hell. At this point Zara came over and joined in the conversation and the pair came to understand the simple message to the gospel, that the solution to sin isn't living better but trusting in Christ to pay for it.

It was wonderful to see that Zara, who attends a Catholic school, came to understand the gospel and Andrew, after attending many years at a Lutheran Church did as well. They were challenged strongly to trust along in Christ for their forgiveness and were given a gospel of John and a tract to read together.

The afternoon was filled with some other chats, including a catch up with a man who had been struggling last time. Over the afternoon though, a range of people came to understand what Jesus says the way to Heaven is and were challenged to count the cost and to trust in Christ.

Please keep those who heard in your prayers and even considering finding a time when you're free to come on out! 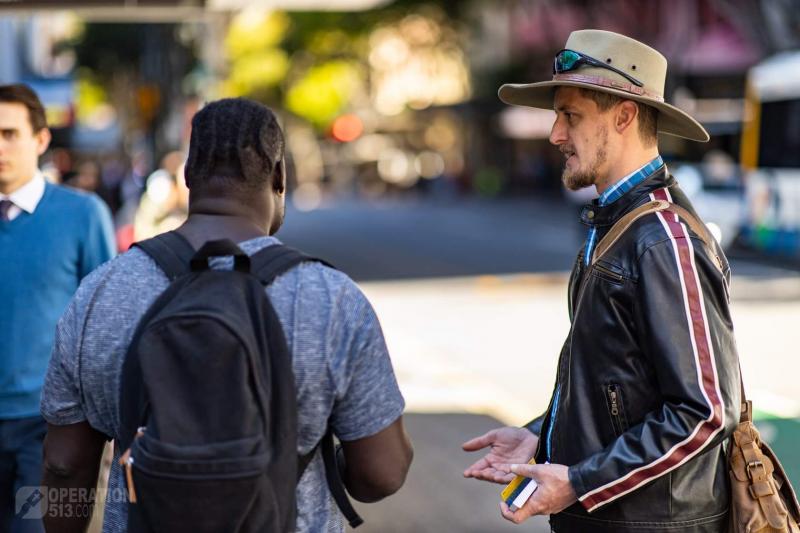 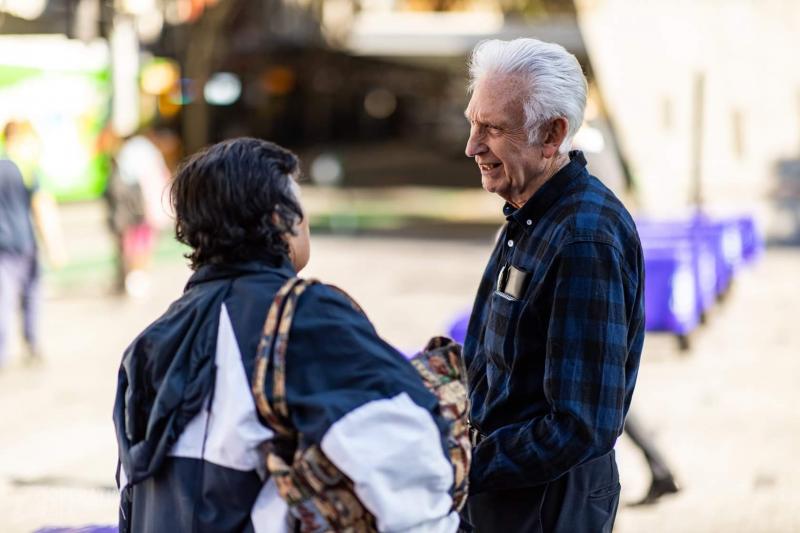