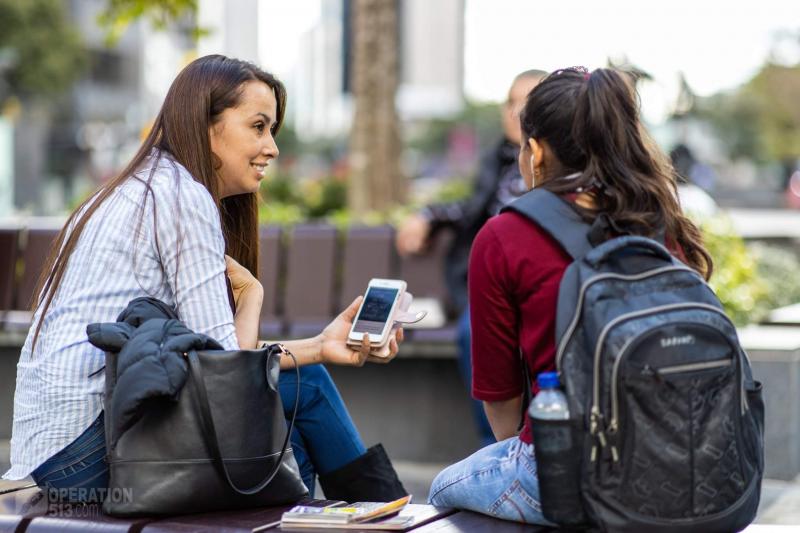 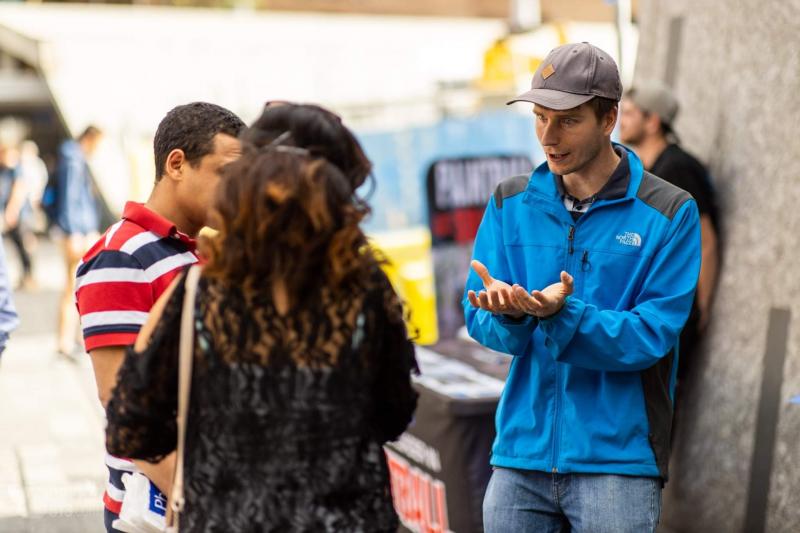 On Wednesday in Brisbane City the team was a bit lighter on at first as a few regulars were sick but God provided another team member who had the day off work to come on down and she even bought a friend with her! Over the course of the afternoon the six on the team were able to have many conversations bringing the knowledge of the truth to the ears of those who had never heard it before!

An early conversation was with a Korean lady Suben. She is from Korea, living in Austria but was visiting Australia for a month! God had bought her around the globe to give her and opportunity to hear and understand the offer of forgiveness for sinners. Suben thought she would be okay on judgement day at first but with the revelation of God's law she came to understand the serious predicament she faced. This caused her at first to start saying that she wasn't sure that God existed anymore (in an attempt to avoid her guilt by removing the law giver). She was shown that this didn't make sense as we know God exists and then was shown the proper solution to guilt, payment.

She heard of what Jesus has done to save sinners and the simple means of accepting that gift of forgiveness by trusting that Jesus has died for her sin on the cross. She came to understand this simple message and that those who trust in Jesus will be thankful and therefore desire to turn from sin and to live for Christ! She was given a gospel of John and was encouraged to read it in the next week and was encouraged to fish her Bible out of storage when she gets home!

Please keep Suben in your prayers that God would continue to challenge her and cause her not to rest until she has trusted in Christ.

Another exciting conversation was with a Zane a young guy who turned up with a friend interested to go through the flip chart and came away understanding the gospel message, seeing that he knows that God exists and having this day to deal with the information he now has and making the choice to respond in faith or rejection.

A conversation late in the afternoon was had with Naim, a Muslim. He said, "I want you to show me where Jesus says, 'I am God, worship me'". He said he would instantly trust in Jesus if this was shown to him! This question was acknowledged as important but it was pointed out to Naim that it would be foolish just to show him Jesus' claims to be divine without explaining what Jesus actually had to say. So Naim was taken through the gospel, shown his guilt, that he deserves Hell and if he received justice for how he lived God would send him to Hell.

Then he was shown that if there is someone perfect to take his place, to pay for his sin he can walk free. It was acknowledged that only God is perfect and therefore whoever pays for sin must be God. He was shown what Jesus did to pay for sin, dying on a cross, taking the wrath of God and therefore that Jesus must be God. He came to understand the simple message that this is a gift to be accepted by trusting in Christ and that those who trust will respond on obedience out of gratitude.

Naim was then given a gospel of John and was asked to read John 1:1-3 and 14 and he went silent. He was then pointed to John 8:48-59 and again he had not much to say. He was shown that Jesus' claim to be "I AM" were claims to be God and Naim was given the gospel of John and encouraged to read it this week to see what else Jesus says about Himself in this regard.

Please be praying for Naim that he would take the gospel he has heard, the word of God in his pocket and that God would work on his heart causing him to trust in Christ alone for his salvation, rather than in himself and the words of a man.

If you ever have a day off, why not see if there is an outreach on you can make it to and spend a few hours declaring the glories of your God and King to the people of this world who are heading to Hell? 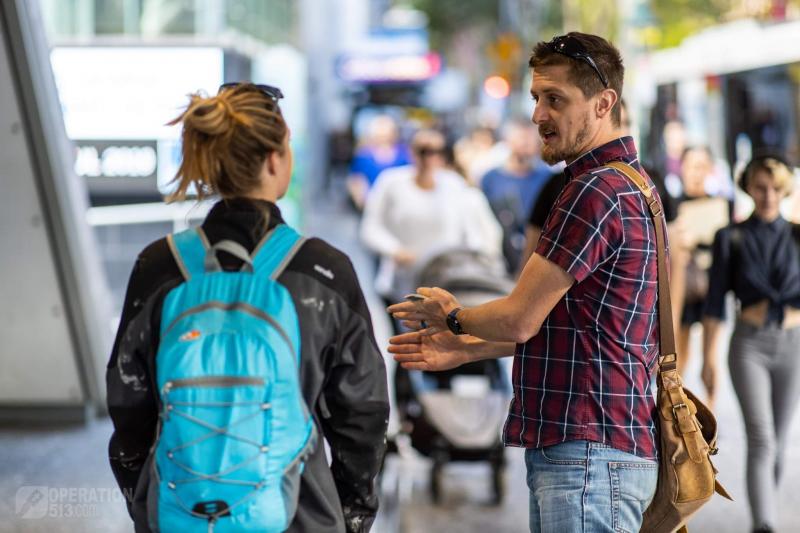 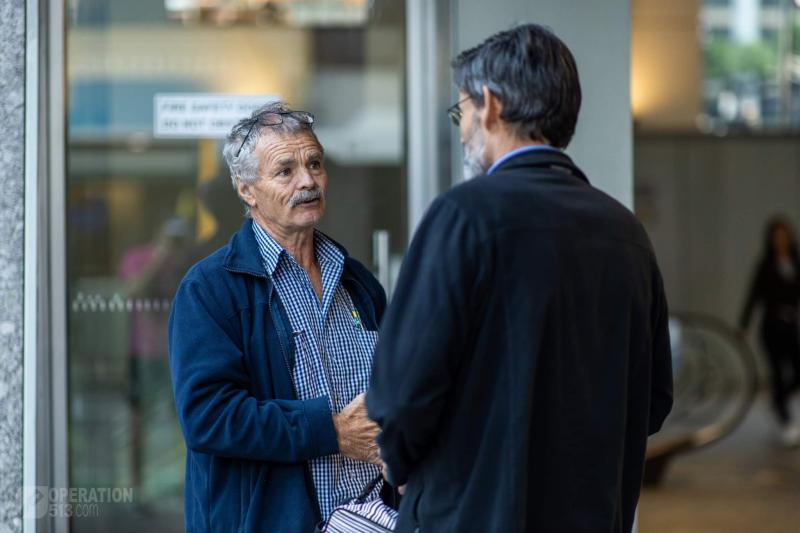