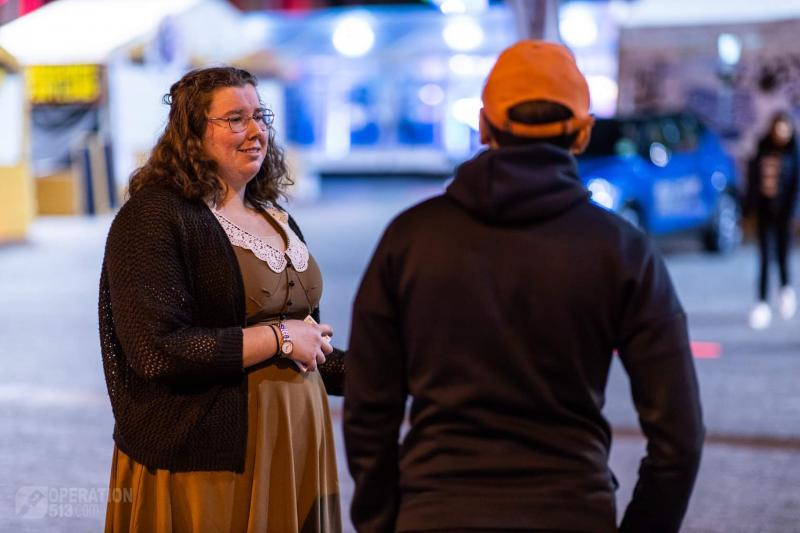 It is not often the reports are put up for the evening outreaches but Monday night was so joyfully filled with conversations that it is hard not to share.

The first conversation was with Eddie. He had a Christian-ish background and as a result had a warped understanding of justification. He kept thinking that people are made right before God on the basis of their goodness. Meaning entrance into Heaven is entirely dependent upon how one has lived. He came to see that if that was the standard no one would enter Heaven and in fact every single one of us deserves Hell and after a thirty minute discussion Eddie for the first time in his entire life was able to comprehend and articulate that the one condition to be right before God is the trust that Jesus paid for his sin on the cross and the reason that those who have trusted in Jesus will want to obey Him is out of thankfulness to God for what He has done.

Eddie was left to consider his response to this message, knowing that seriousness of either decision.

Next Gerald was chatted with. Last night some of the team had tried to chat but ended up leaving very quickly because of the language barrier. Tonight, over the course of around forty-five minutes, with the help of Gerald friend and translator Thomas, after nine cycles through the gospel, Gerald finally got it! Gerald and Thomas are from France, so their only real exposure to the Bible and what it says is found in the Catholic church and its traditions. This meant that they had to unlearn before they could learn.

But with some patience, despite a number of times considering giving up, after the conversation at length Gerald with a big smile on his face came to realise the difference between what he had believe and what Christ proclaims. He was asked, "At the beginning what were you saying the way to Heaven is?" to which he responded, "Stop doing the wrong thing, repent (by which he meant ask for forgiveness and regret what you've done), pray and ... many other things".

Then he was asked, "After this conversation, what is the way to Heaven, "Believe that Jesus paid for my sin on the cross". It was a long slog but at the end it was totally worth it. He too took a gospel of John and was encouraged to start reading it.

Then came Felipe, a Colombian man who similarly had Catholic heritage. Over a twenty minute conversation, despite a slight language barrier Felipe got it. He was quicker to understand than the other two and was so thankful for the conversation. He said at the end of it, he was going to have to consider it tonight!

The last conversation of the evening was Steve. He is an early sixties Australian man who was on his way home from the Casino. This was a most unusual conversation because most older gentlemen want nothing to do with any discussion about death but there seemed something on Steve's mind and it looked as if he actually wanted to talk about it. Steve had a few unusual struggles, he saw God's law and his guilt and actually thought that he was too bad to be saved. Thankfully he was dissuaded of that with a look at the awesomeness of Christ.

But then Steve got caught up on the fact that he wasn't sure he was able to stop doing all these wrong things in order to become a Christian. It took the majority of the conversation for him to understand that the changed life is a product of salvation not a prerequisite for it and it was exciting to see, when after being asked almost ten checking questions, to which he was unable to give the correct answer as to how someone is saved he finally, after another analogy, said, when asked, "How do you get to Heaven?", "Oh it's easy like you said, just trust that Jesus has paid for your sin on the cross".

From there the work was able to be done to show how his life will change and why it will change and to answer some of his other worries. Steve was left with the gospel in his head, the encouragement to dig out his Bible and read John's gospel and the serious decision before him, to trust in Christ alone for his salvation or to continue to reject Him.

Please be praying for those four, firstly thanking God for such a wonderful evening of outreach but secondly that these four men would remember the gospel and trust in Christ alone! 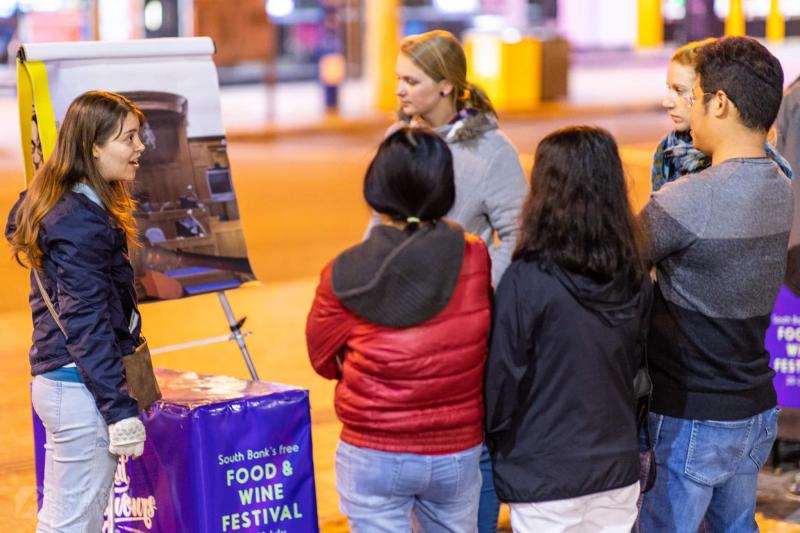