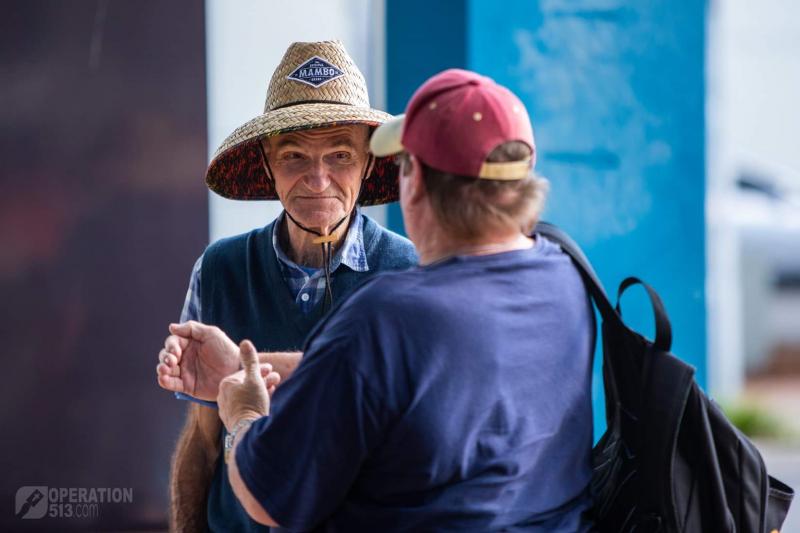 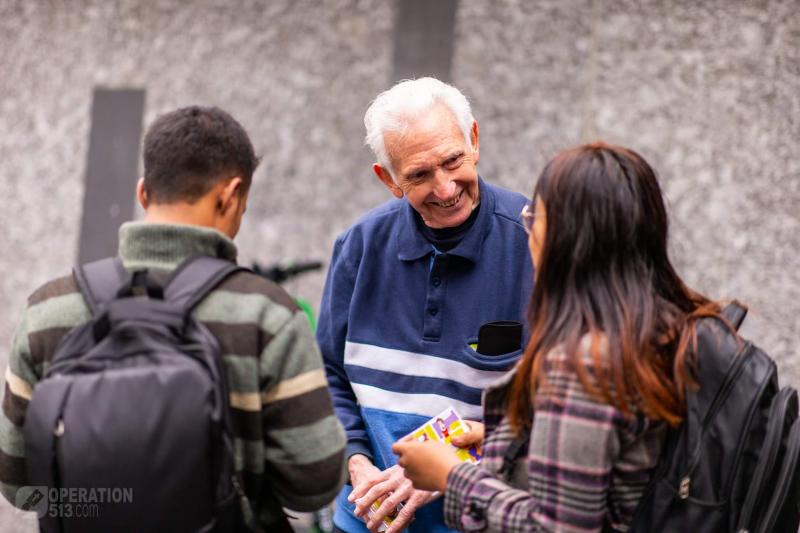 On Wednesday afternoon in Brisbane city, it was a team of four over the course of the afternoon. This was okay though as the showers of rain meant conversations were limited to areas under cover.

The first conversation was with a man named Hayden who was recovering from a recent surgery. He was asked if he thought he'd go to Heaven or Hell and at first said Heaven. He was shown God's law and justice and realised that was not the case. After this he was asked what the solution is and simply said, "I don't know, you tell me!" He then came to understand the simple message of hope and was encouraged this day to trust in Christ. He said he had a Bible at home and was encouraged to have a read of it.

Funnily enough the next two guys spoken to were named Hayden and Damo. At first they were putting forward ideas about aliens and other sources for this universe, which was simply dismissed by pointing out that aliens could not have created this universe because they are inside it. Even if there were aliens, they too would have to be created. They were then pointed to God and His creative power and were shown that God is the one who sets the rules for this universe.

Damo was very honest but adamant, that He doesn't want anyone else to tell him how to live, he would prefer to take his chances in rebellion against God, than to obey God. The pair were shown the depths of their sinfulness and the punishment that was coming. They were warned at how serious it is but they were defiant. It was pointed out a few times that this defiance is foolish when put in perspective who they are rebelling against but in the end they received the phone call they were waiting for and had to head off, without getting chance to hear the offer of hope for sinners.

Another conversation was with Sam, who has chatted to the team a number of times and now has a decent grasp on the gospel. The issue, Sam likes sin more than he loves God. He would prefer to enjoy the freedom of rebellion and the punishment it brings, than to trust in God and as a result obey Him. It was sad that he continues to hold onto the fleeting pleasures of sin at the expense of his eternity.

In more exciting news, there is a man named Stephan who the team has spoken to continuously over the past years. Usually he has run into the team at Capalaba but recently he has been seeing us in Brisbane City. For years and years he has been unable to understand the gospel but around a month ago he came to grasp it for the first time! On Wednesday his comprehension was checked to see if he could remember and he still could understand that one must believe that Jesus has paid for their sin if they are to enter Heaven. On the sadder side, Stephan still hasn't trusted in Christ yet.

He has been encouraged to, week after week over the past month as the team has seen him but as of yet he is still trying to be good enough for God. Praise God that he now knows the way of salvation but please be praying that God would draw Stephan to Himself. That he would come to hate sin and love Christ!

There were more conversations over the course of the afternoon but sadly with people who couldn't grasp the simple message of the gospel. They continually tried to complicate what God had made plain. Please be praying for those who heard that God would use this conversation to draw them to Himself! 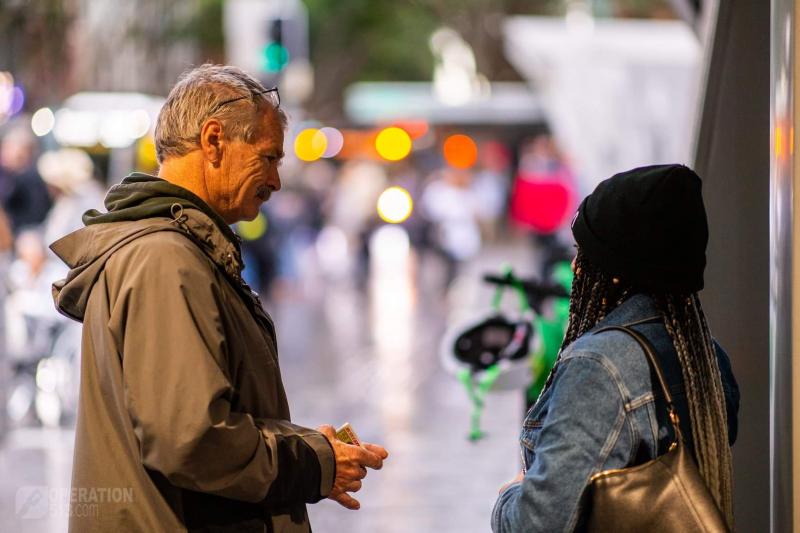