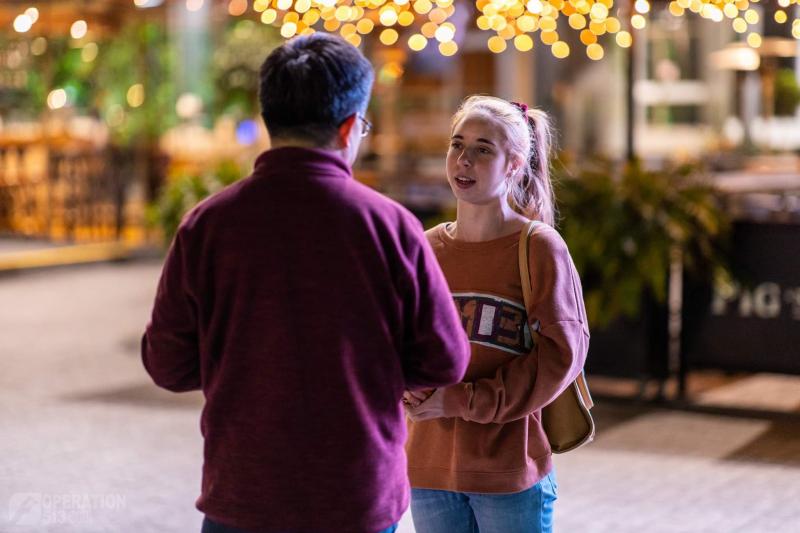 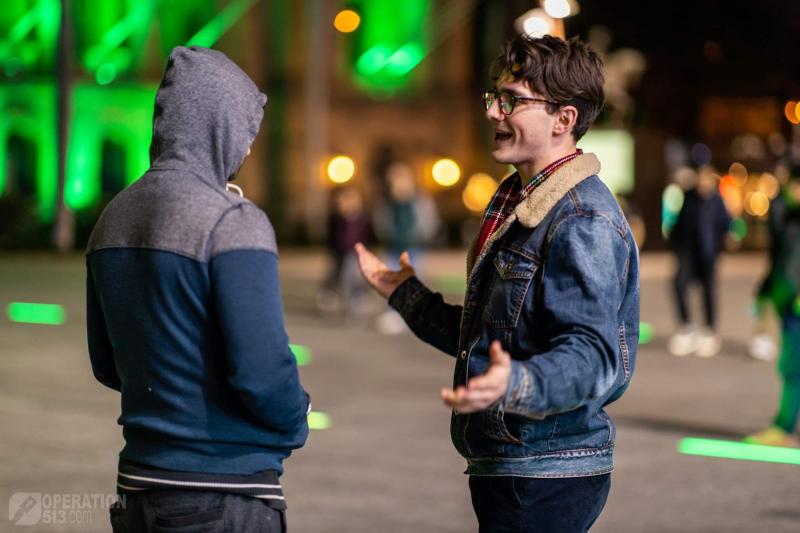 Sunday night was in the theme of the previous two nights. It again was brutally cold with the wind and yet people were willing to stop and chat and new team members came out to share!

As Sunday nights have started to build there have been more and more people interested in coming out to learn how to share the simple message of the gospel. This Sunday was no different. Except on Sunday night, sixteen people came out! Three of whom were first timers and another few in their first five times. The team then paired up and spread out around the square to see who would stop, despite the temperature to engage in a conversation to hear about what Christ has done to save sinners.

What an exciting evening it was as many team members were thrilled to be able to explain to non-Christians what Jesus has to say about the way to Heaven.

Two exciting conversations took place back to back. The first with a man who was pleasant and at first was talking about spirituality, no judgement, no standards to live by, just personal preference and yet at one moment professed to be a Christian. Over the next twenty minutes he came to see that God must exist, that sin must be punished, that we are each individually sinful and he even came to see that if he faced God in judgement this day, he would be punished for how he's lived and end up in Hell eternity.

Off the back of that he came to understand God's immense display of love, that He came into this world, took on flesh, lived the perfect life and then suffered the full fury and wrath of God that sinners deserve, offering all those who will believe in Him a full and free pardon from sin and the right to become children of God! After the conversation, he too was able to explain the simple gospel message back to us and had understood the beauty of it.

The conversation would have gone a little further but he had to run off to catch his bus home. The following conversation with Alec, who before this point had never thought about it was also an exciting one.

Alec noted at one pointed during the conversation, "I have many friends who have said they are Christian but never have I met people who actually believe it". It was a very similar conversation to the previous one as he was encouraged to seriously consider what was said. At the end of the conversation he had a simple understanding and ability to explain the gospel message and the implication on a Christian's life and had some serious challenges to look into the claims that Jesus had made for himself.

He noted that it was a good conversation and it was all finished where it began. At first when asked Alec almost walked on with the simple answer, "Nothing happens after we die". He was challenged on how he knew that and to stress the seriousness of considering it. He was asked, "When are you going to die?" To which he acknowledged he didn't know and it could be at any time. At the end of it all to stress the seriousness of the discussion and the importance of considering it he was reminded once more that death is inevitable and it could take place at any time!

Please be praying for both of these men that God would draw them unto Himself! Please also pray for the new and growing team members that God would be equipping them, building them up and using them to proclaim His glorious gospel! And why not see if there is a time, this Ekka week to come on out with the team to share the gospel by which you were saved! 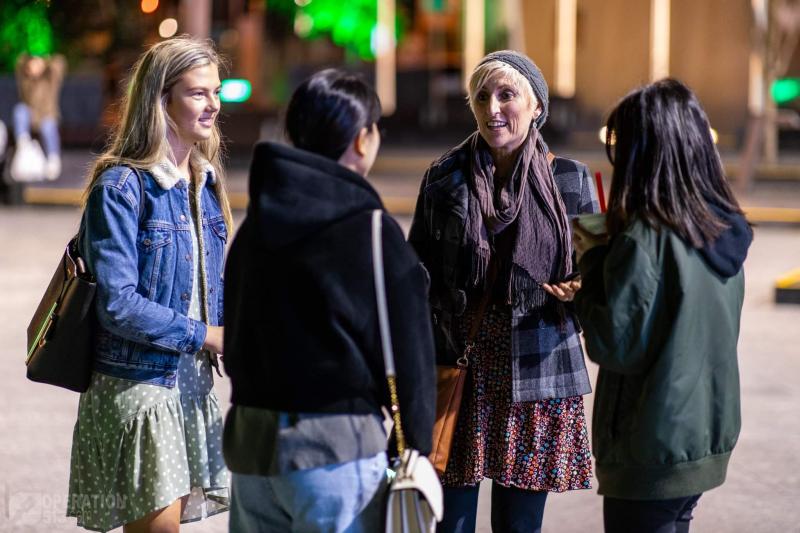 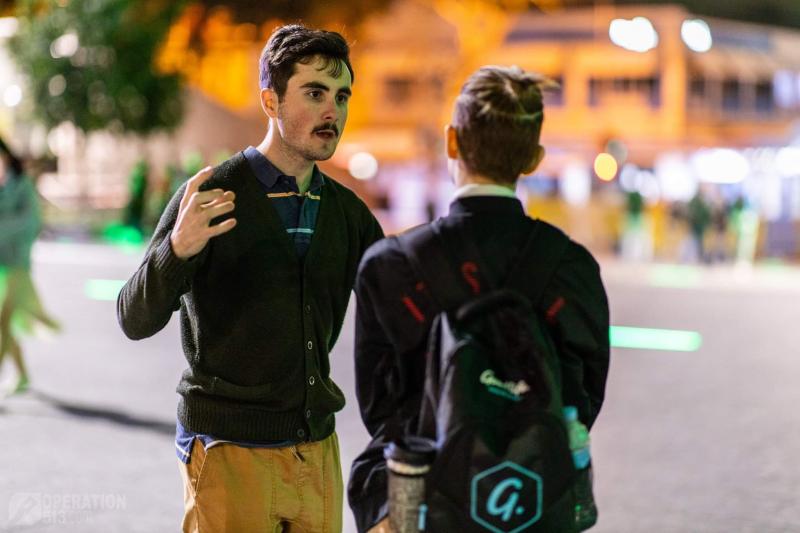 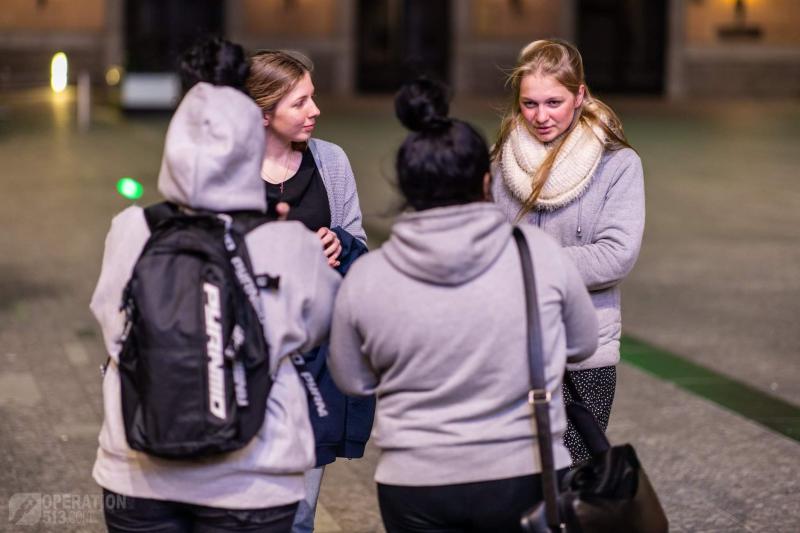 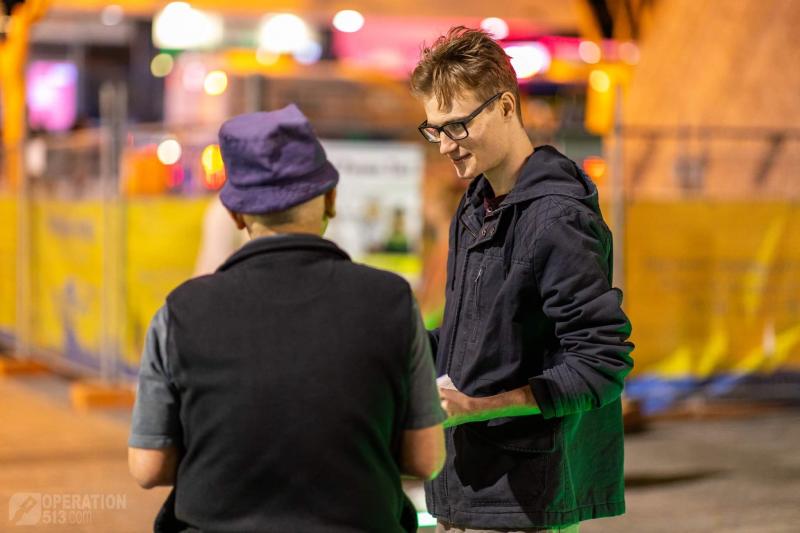