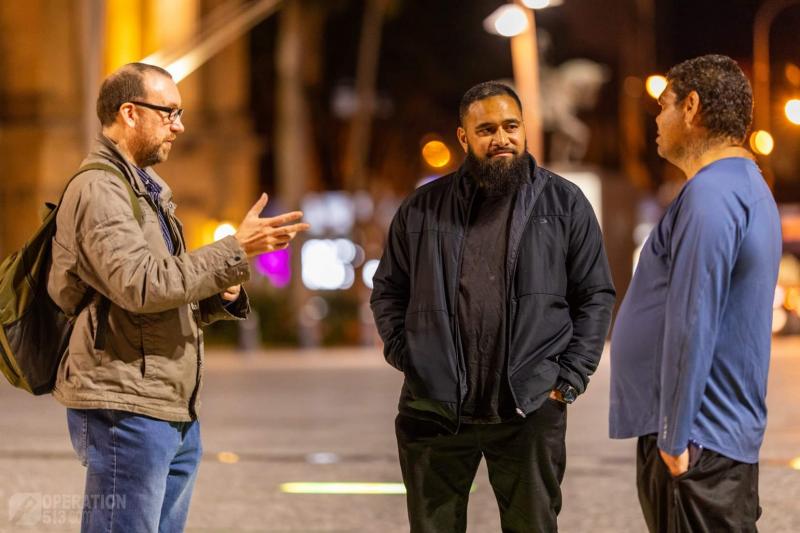 On Friday night the team headed into Brisbane City again with the desire to preach Christ to those who otherwise would perish. The night started with the encouragement of having many labourers out and people joined in pairs or on their own and went out into the CBD.

The first conversation was with a man named Michael, he excited said that he was sure he was going to Heaven and that he knew the way but when he was asked what he was trusting in as the reason God would let him into Heaven he said, "I repent for all my sins". When asked to define what he meant by "repent" he went on to explain, that he would ask for forgiveness, try not to do it again and feel really sorry for it. In other words, Michael had said basically, "I am trusting in what I can do to be the reason that God will accept me". Although he had used a Bible word he'd been taught a faulty definition and one that showed he was actually trusting in his goodness to be the reason God would let him into Heaven.

He was shown the law and the seriousness of his predicament and then when the gospel was explained and he was shocked and exclaimed how surprised he was by it. He said he would have to think about it further and said, "Do you have anything I could read and check out! He was left with a tract and the gospel of John and said he would read them!

The last conversation of the evening was with Braydon a man who had some experience with Christianity but had substituted God for his own ideas in pursuit of living his own way. It was pointed out to him continually that this conclusion he'd reached wasn't an intellectually based position but simply not want God to be God and instead wanting to live his own way. He did acknowledge this and he did come to grasp the simplicity of the good news of the gospel and was glad for the conversation.

Late in the conversation Andre, a man who had previously been spoken to (a proud JW) came over and interrupted. Then monologued for around twenty minutes and left with a scathing rebuke, "Anyone who preaches a false Gospel will be condemned". The irony was astounding as he had declared that it is the feeling of guilt and shame that saves someone and their desire to fix it, not trusting in Christ alone.

Braydon was shocked at this display and it further confirmed the kindness of the 513 team who had spoken to him in comparison to the pride and disrespect of Andre. Please be praying that Braydon would take the challenge to consider what God has actually said, to read the Bible for himself and that God would humble him, show him that his desire to live his own way is unwise and that instead he would trust that Christ taking the punishment for his sin is the only grounds of his right standing before God. 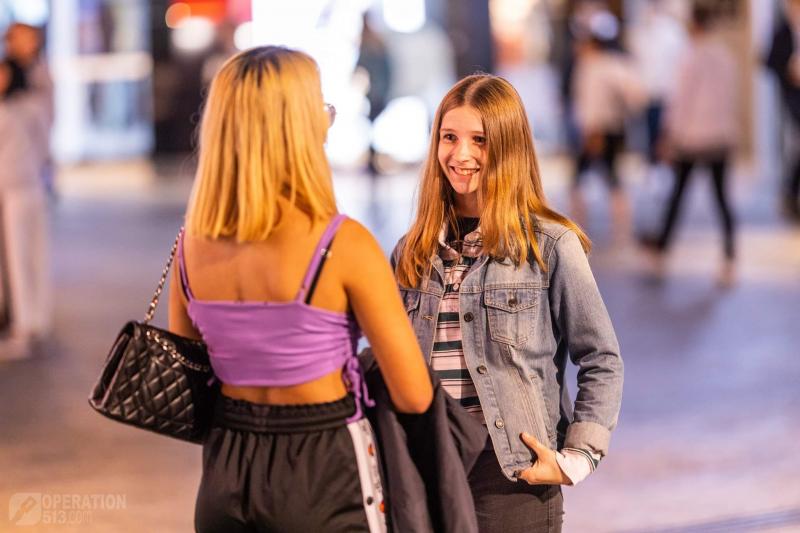 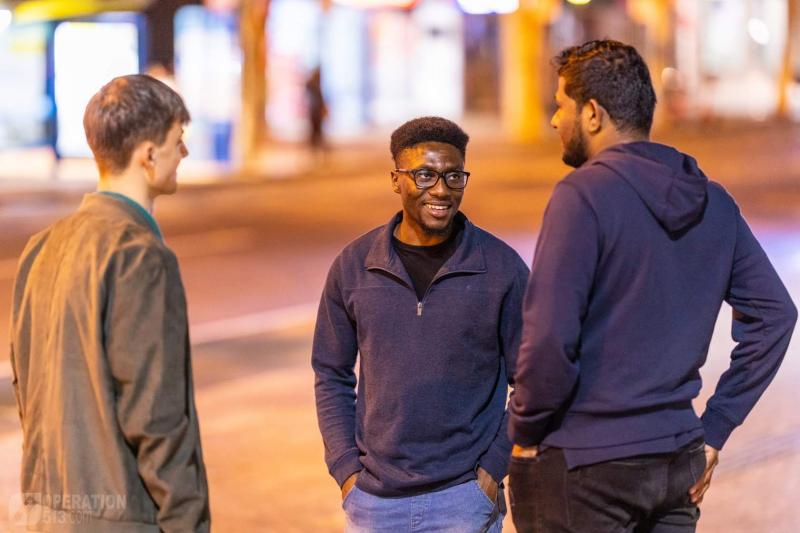 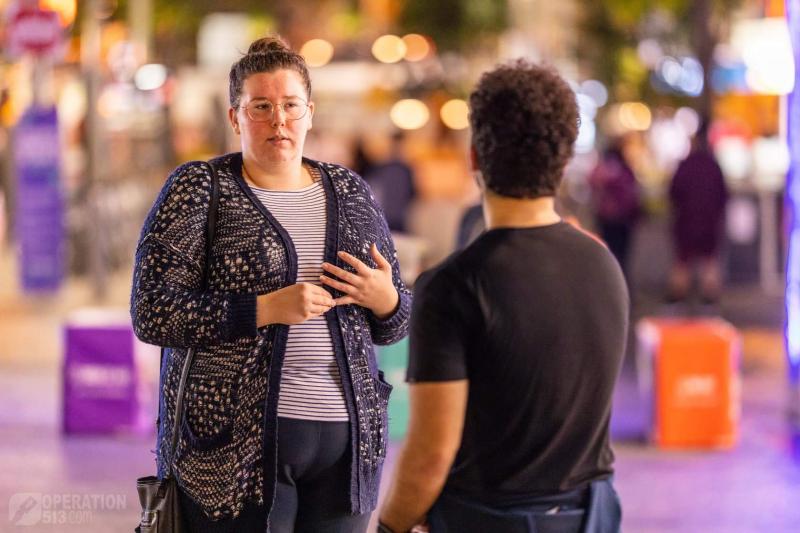 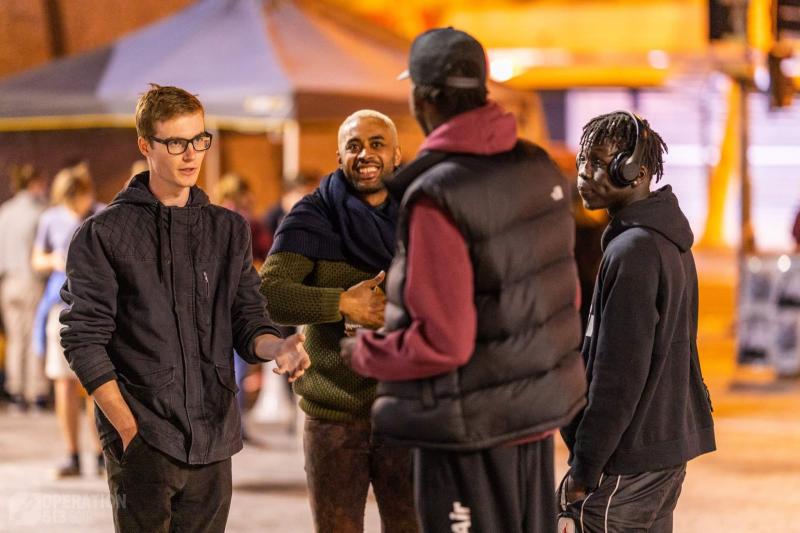 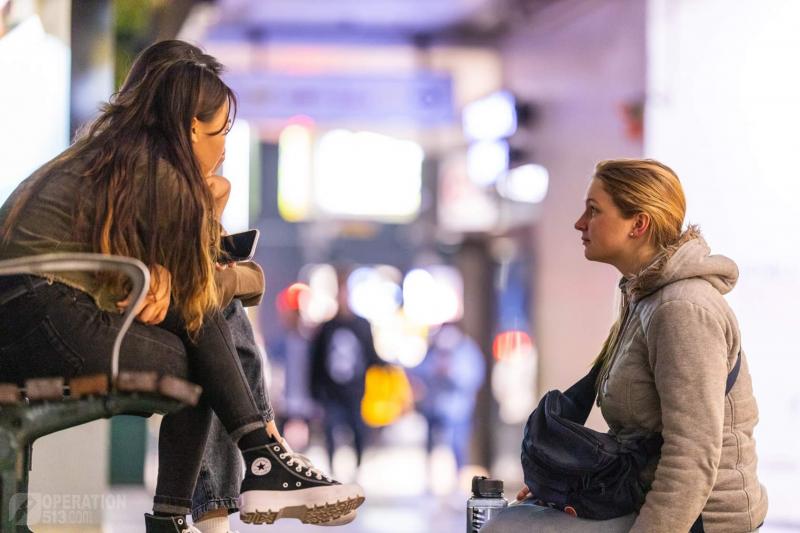 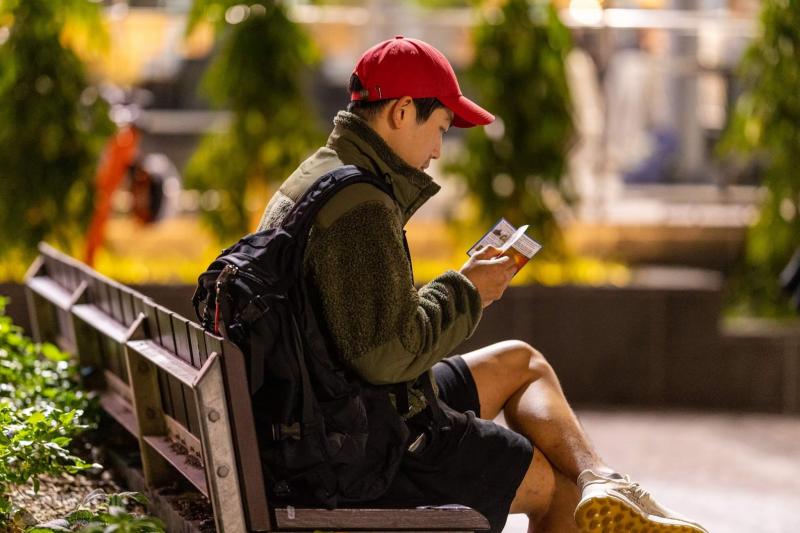 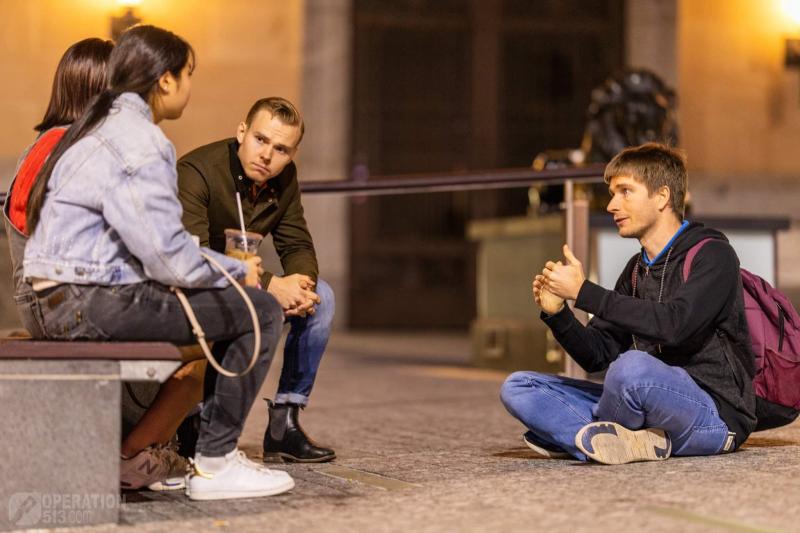 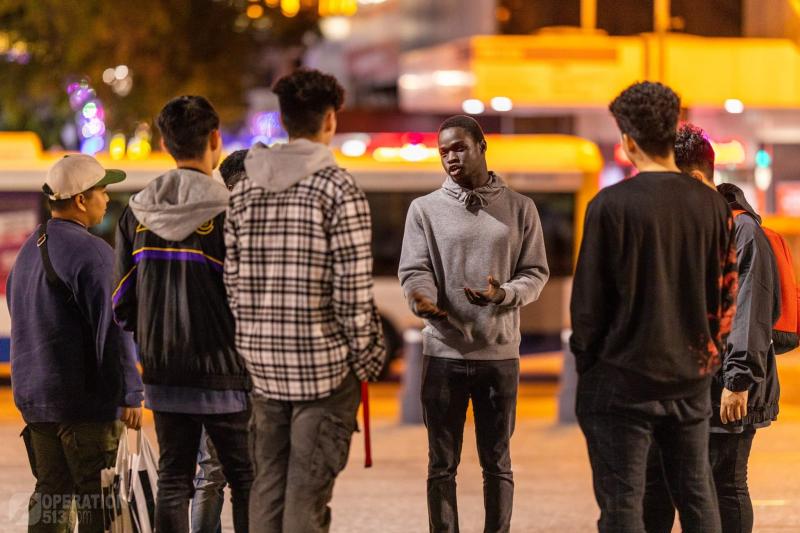