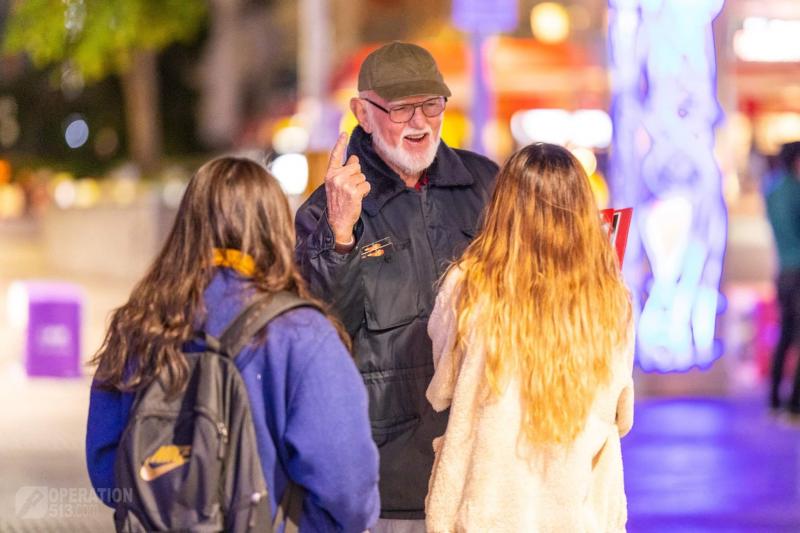 Saturday night in Brisbane city was an absolute blast! The evening started with a conversation that left a Muslim challenged and hopefully realising that he should be an awful lot less sure about what he proclaimed, seeing many arguments that show his current belief to be problematic and hearing the good news that Jesus has to offer.

There were a scattering of conversations, a few people hearing the good news, others rejecting it outright but the night finished with three awesome conversations in a row!

The first was with two PNG men, Emmanuel and Andy who said they hoped they were going to Heaven but weren't sure if they would based on how they had been living. (This initial answer was a good sign that the didn't really grasp the gospel). When asked the way to Heaven sure enough they talked about the things they think they must do to be forgiven.

Over nine minutes, they were asked some checking questions, saw their predicament and came to understand the good news of the cross and Emmanuel was on top of the world in fact he said, "This conversation has absolutely made my night! Thank you so much!" For the first time in over twenty years of attending church he actually came to grasp the good news and was blown away by it!

During this conversation a group was standing nearby and seemed interested to talk. It turned out that three young ladies had been out with the desire to share the gospel themselves and had started talking to a man who they didn't feel adept enough to share with so had bought him over to engage with the team.

The man, Drew, turned out to be very hard hearted. He declared that he prays to Jesus every night but had very wrong ideas of the gospel and had basically made up a god of his own design that doesn't judge and really is much less like a god and a lot more like a squishy childs toy. Drew was left with a tract and challenge to read the gospel of John as he was quite offended at the thought that he could be on his way to Hell.

This turned into getting to hear the girls share a bit and they were so encouraged. One had run into the team on the Gold Coast around two years ago and at the time was professing to be an atheist and had just yelled things instead of engaging. The others had seen the team around at times as well!

They wanted to join again and were excited to hear some encouraging stories of evangelism, mentioning that they would like to come back sometime in the future!

This also lead into one final gospel conversation with Pedram an Iranian man who was on drugs but in less than 5 minutes grasped the gospel! He saw God's existence and at hearing his guilt and that simply asking for forgiveness won't fix it he was stunned and silenced responding, "Tell me there is a way to Heaven!?"

He then grasped the good news, understanding that trusting that Jesus has paid for his sin is the only way to Heaven and grasping that this will cause his life to drastically change. He saw that he'd made decisions for himself up until this moment but that upon trusting that Jesus paying for his sin is the only thing getting him into Heaven he'd desire desperately to honour Jesus with all that he is and has.

Please be praying for those who heard the good news tonight that they would respond in faith to the gospel and for those who at this stage had rejected that God would be kind and not leave them in that state! Praise God also for bringing other Christians who are keen on evangelism across our path and be praying that God would encourage them, embolden them and equip them to be greater witnesses for Him! 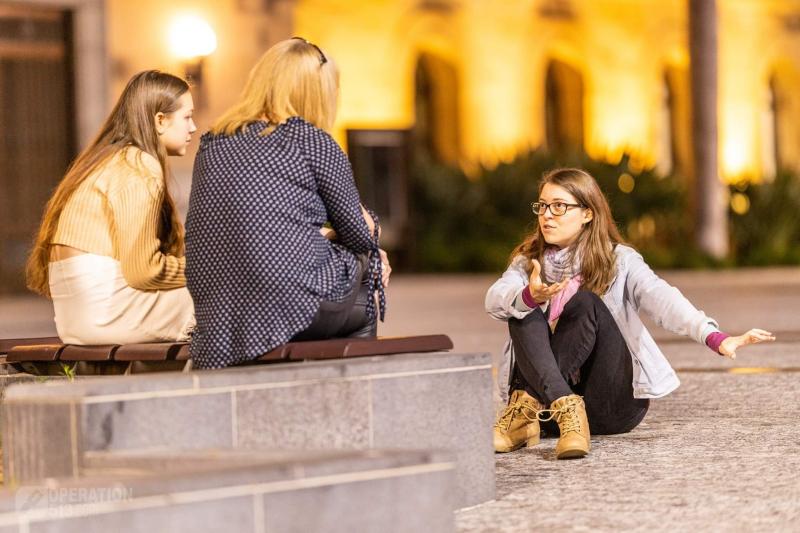 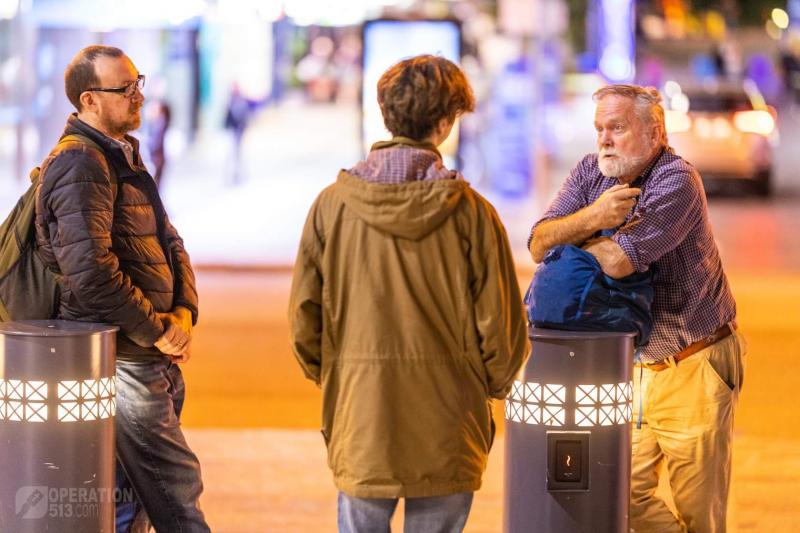 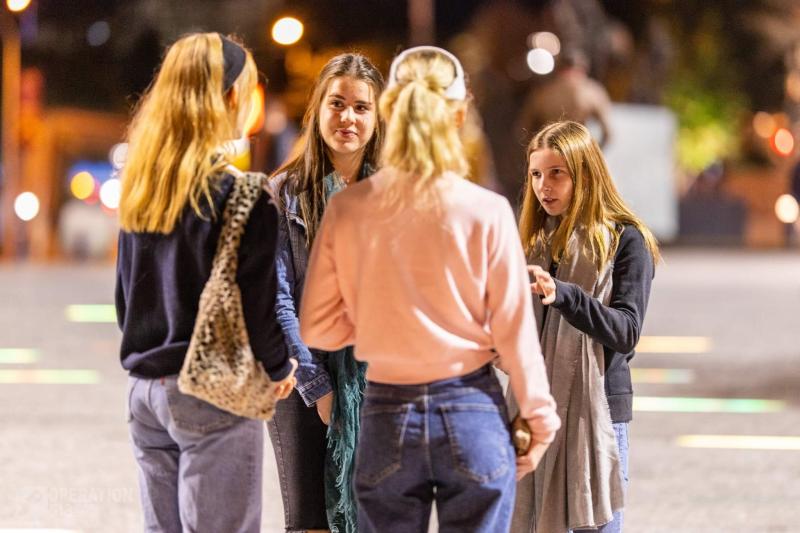 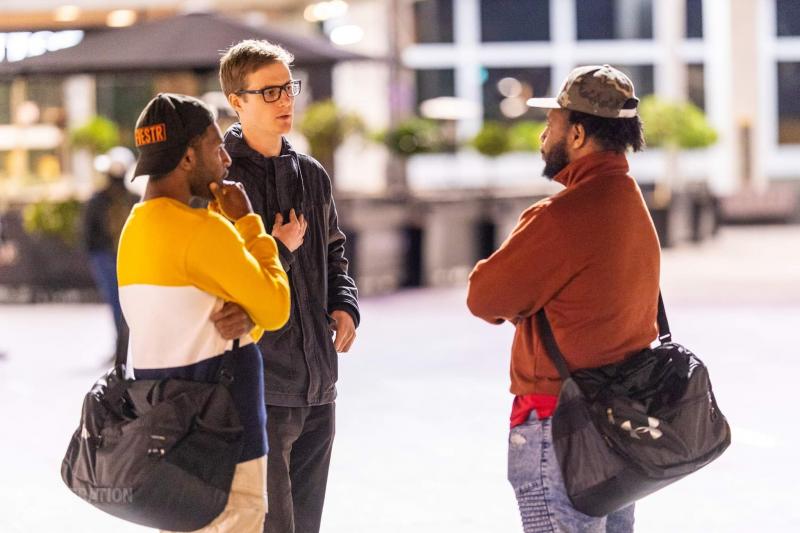 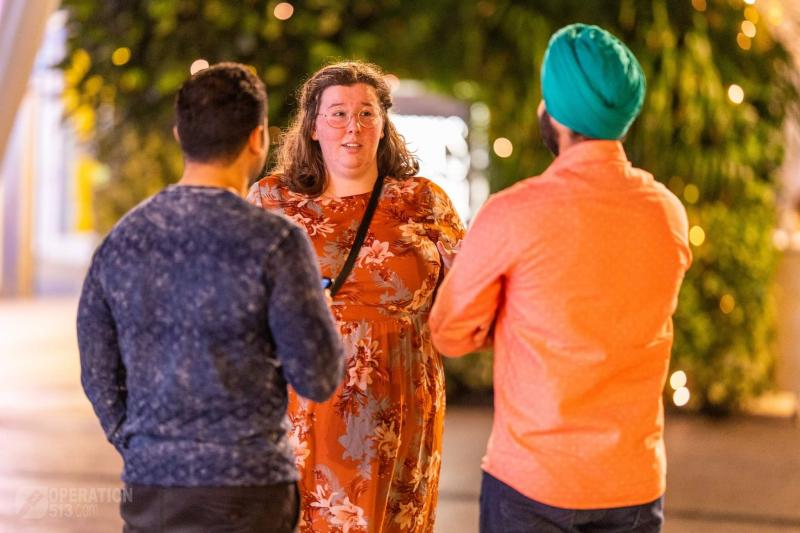 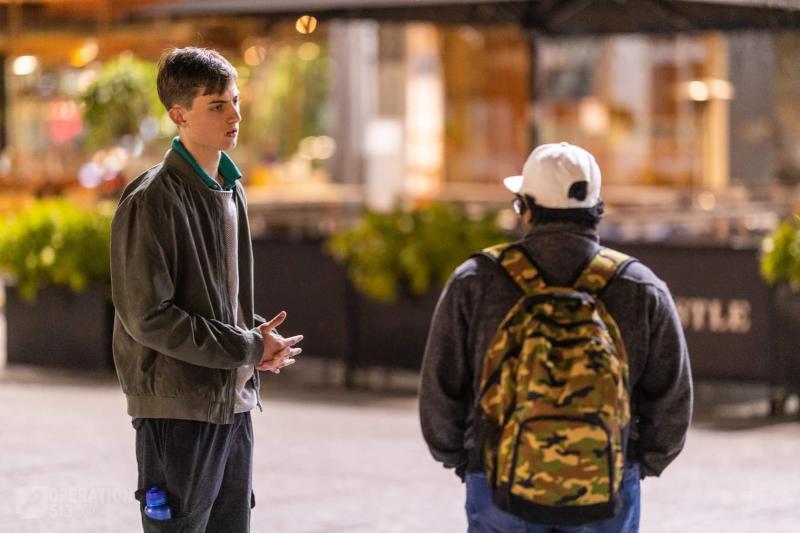 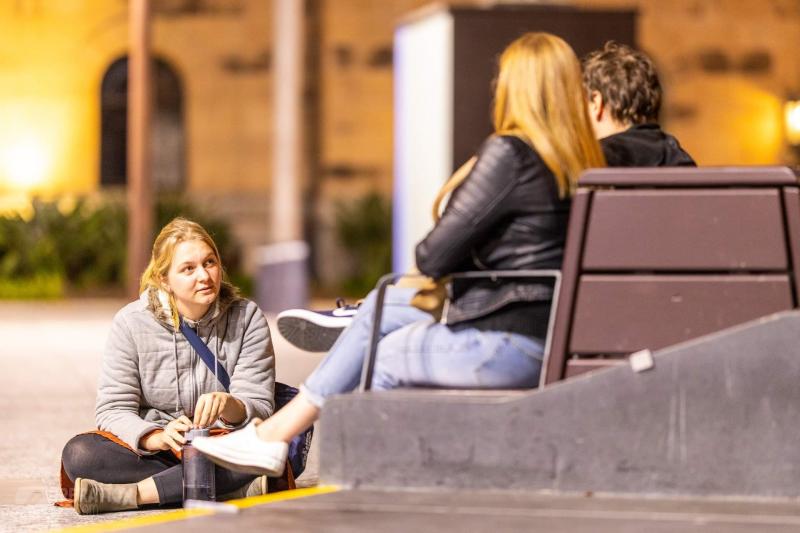