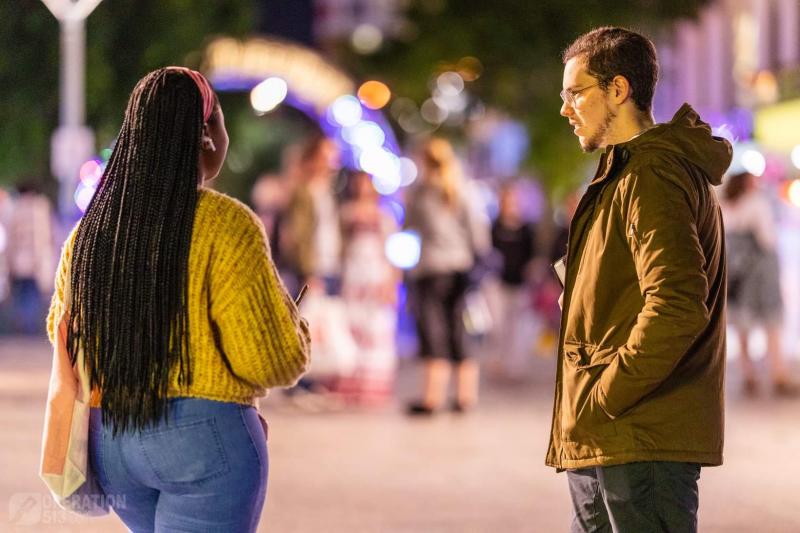 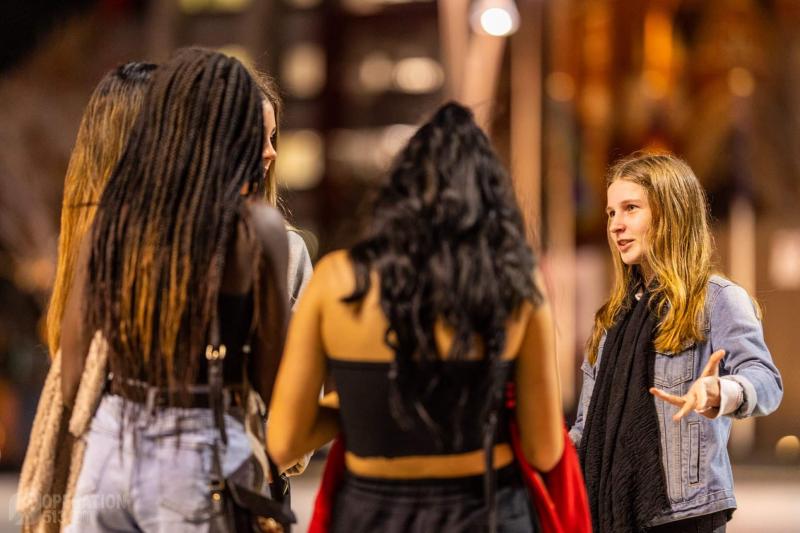 Friday night in Brisbane City again was a wonderful outreach. The team spread around the area, some in pairs, others on their own. It was as always a great night of reaching the lost with the gospel!

The first conversation of the evening was with Luke and Sid. Luke sadly was very hard hearted, proclaiming that it was "facts" that stopped him believe in God, when it was continually displayed that not only did he have none to support his claim but rather on the flip side all of the information considered pointed toward God existing, having acted in history and Jesus Christ being the only way of salvation. His friend Sid on the other hand was open, he intially said that he didn't think God exists but upon consideration he acknowledged that He must and wanted to hear the way of salvation.

Sid ended up taking a tract and Luke continued to reject it, without basis. Praise God for enabling Sid to hear, even when Luke was so hard hearted.

The next conversation was with an African man and he was really open to chatting! He knew God existed and thought that trying his best would be the reason that God would "hopefully" let him into Heaven. He saw his guilt and upon realising how seriously God takes sins exclaimed, "That's means everyone is going to Hell". It was clarified that everyone deserves Hell but there is good news and a way to get into Heaven. He then heard the good news and was so thankful he said, "You've really made this make sense. It has changed how I view my whole way of living, no longer do I have to obey in fear, I can serve God in love!"

He took a tract and said that he would open up the gospel of John and take a read tomorrow morning! What an exciting encounter!

A third conversation took place with a man named Ryan who ended up chatting to three different team members. At the beginning not sure what was happening he came to understand the gospel relatively well but needed some clarification and by the end seemed to have a solid grasp that his goodness and future obedience contributes nothing to his right standing before God but it is simply reciving the gift of forgiveness through faith in Jesus Christ that He lived the perfect life and took the punishment we deserve.

Ryan was encouraged and went on his way with some very good news to consider!

Please be praying for the conversations that took place that God would have used them to pierce hearts and draw people to repentance, a renewed understanding and therefore that they would believe in Christ as the only reason they are going to Heaven! 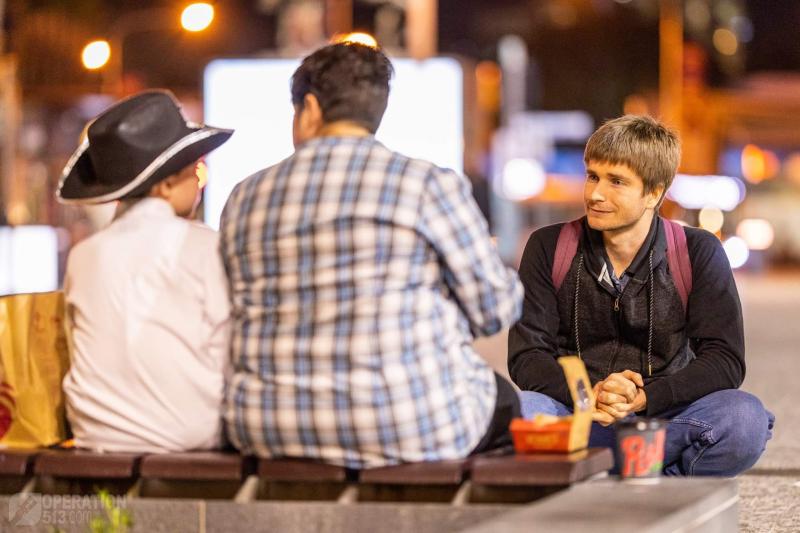 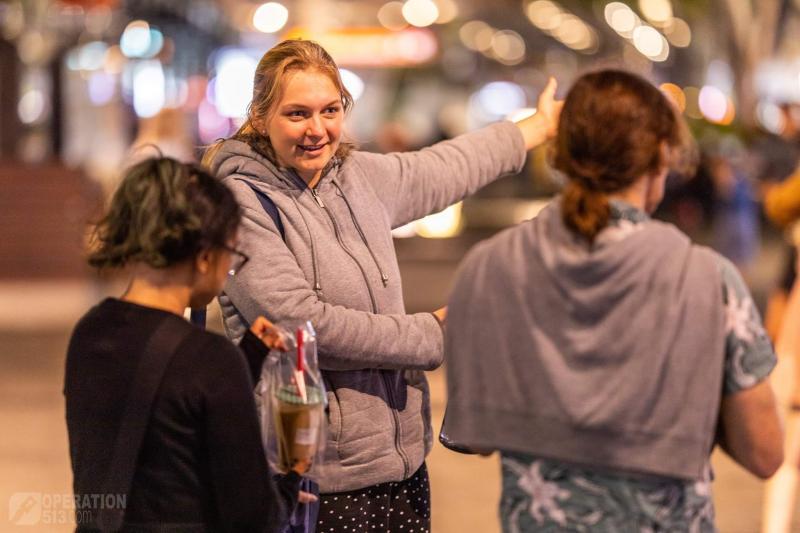 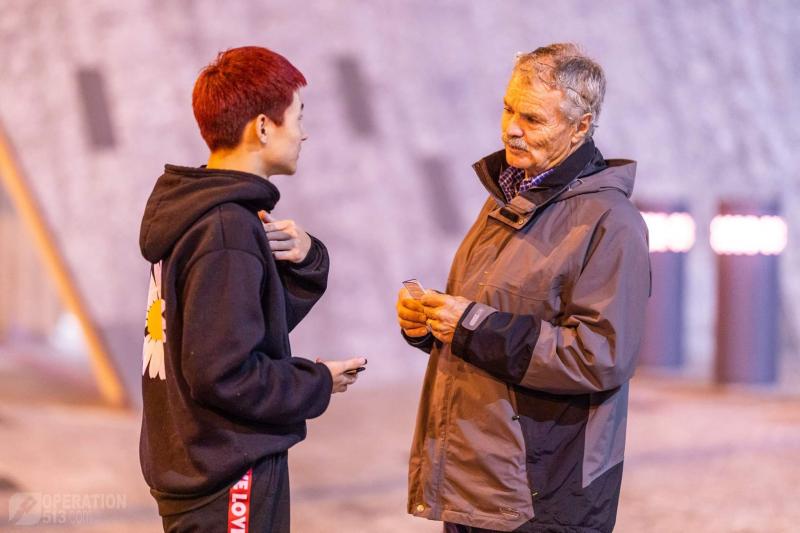 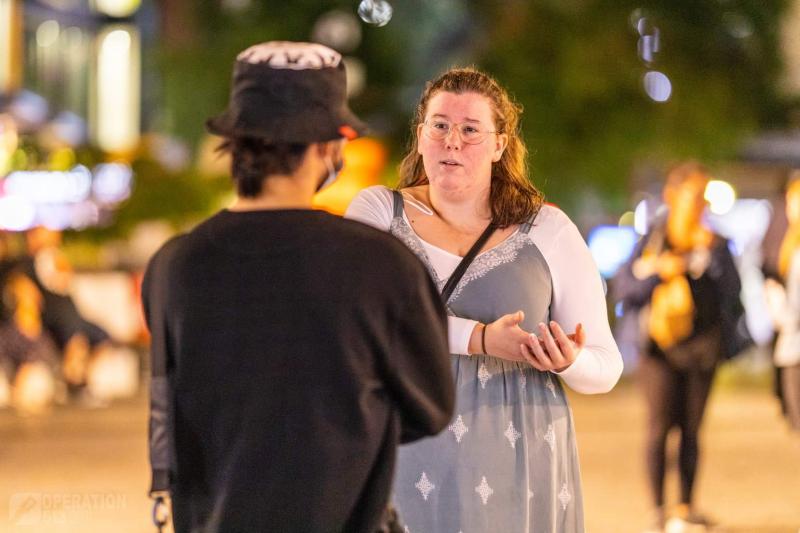 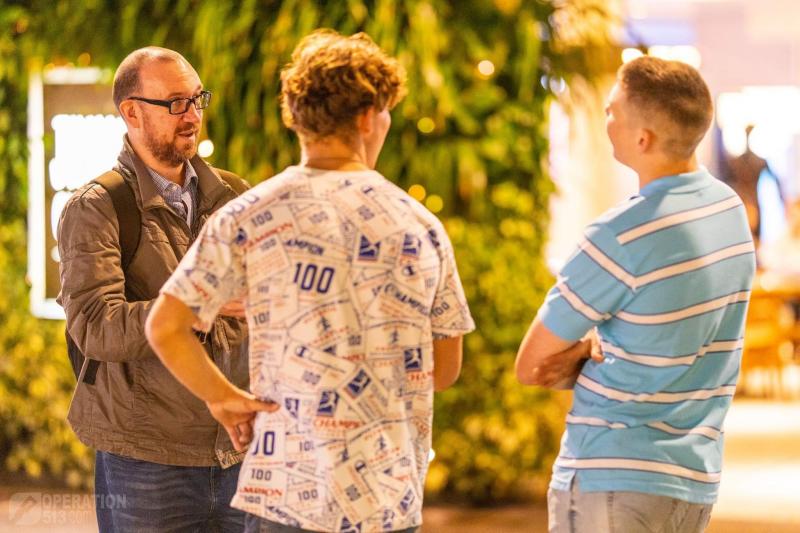 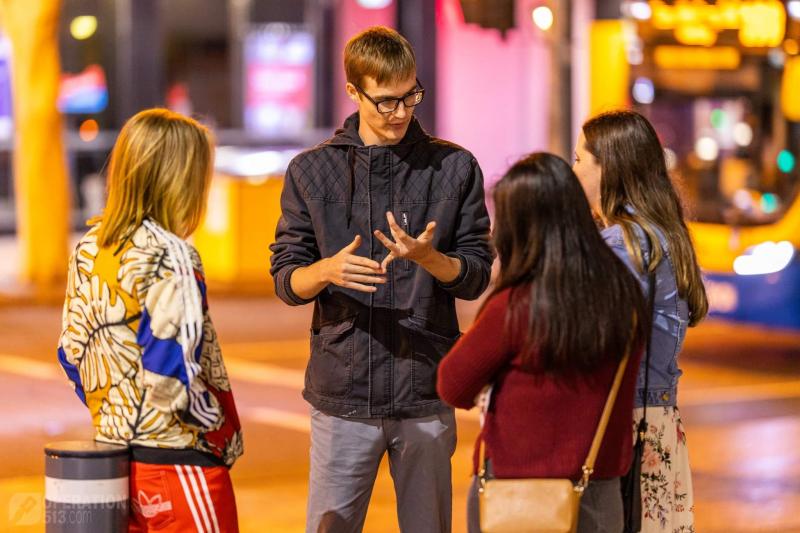 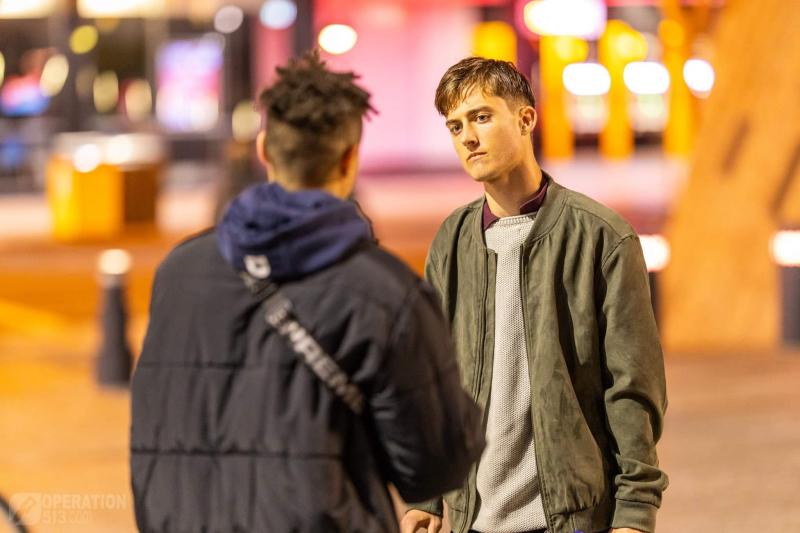 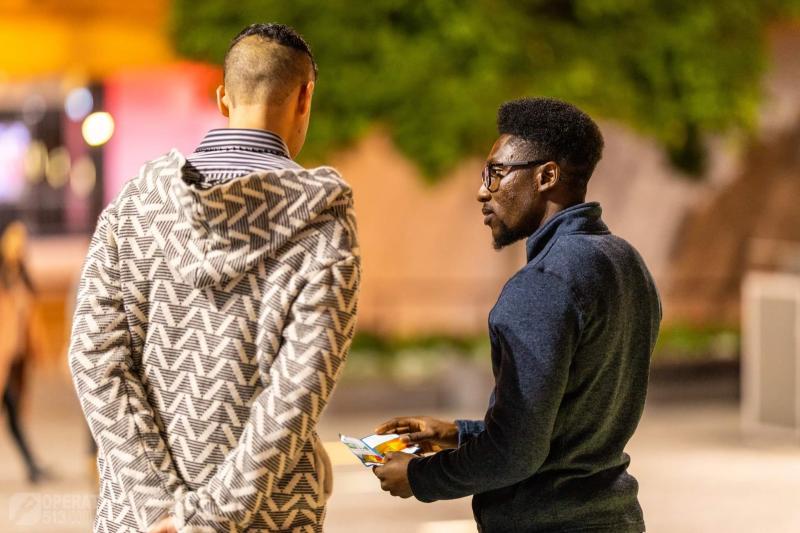