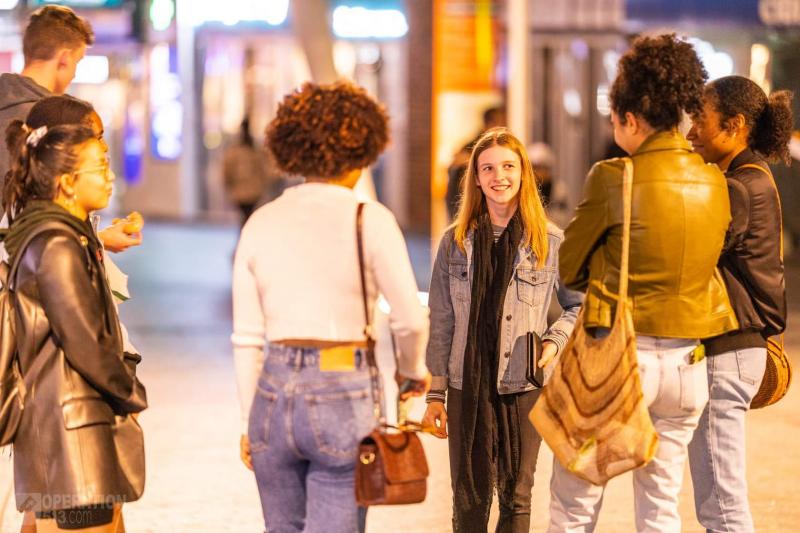 Friday night in Brisbane City was greatly encouraging! It always is, you should join us sometime!

The first conversation of the evening was with Pravish. He'd chatted to the team a week earlier and not only was he able to explain the way to Heaven and how a Christian would live in light of that he also said he was trusting in Jesus! He had a Bible and said he'd had a little look at reading but was pointed specifically to John's gospel and was encouraged to check out a local church! What an exciting start to the evening!

The following conversation was with Josh. Who right off the bat shared he was very interested to talk and shared about his Christian upbringing and shared that he has aspergers syndrome which caused him to reason a certain way. After an almost one hour conversation he came to clearly grasp the gospel and was able to articulate it back and was mind blown at a God who really is God! He had always heard of God as puny, reactionary and limited by our "free will" and said it made sense that God really would be all powerful and incontrol! He was really excited, was so thankful for the chat and said he would read the gospel of John on his plane flight the following morning!

There is a very sad and continuing to unfold story with one of the other "evangelists" who comes out on Friday night. May you uphold this lady in your prayer! She once lived a life doing whatever she wanted, in total rebellion against God and His rules but upon her "conversion" a little while ago she has now jumped to thinking that cleaning up her own life, asking for forgiveness for all her sins, stopping sinning entirely and other scatterings of good works are the reason that God will accept her into Heaven. She thinks she earns Jesus' sacrifice by all these works. The problem, not only is she in grave danger of judgement, she is telling other people of this as well. Please be praying that God would change her heart. That He would not allow her to continue to spread lies, in His name but instead would cause her to become a great witness for Him!

Last conversation was with three drunk young adults. They were a little all over the place to begin with but by God's kindness they actually came to see that God exists, they are guilty and deserving of Hell and therefore that Jesus taking the punishment for their sin is the only way for them to end up in Heaven. They were challenged by this and said they'd never heard it before and said they really would have to think about it. One was more interested than the other two but they each took tracts and popped them in their pockets.

It was a wonderful time out with many other conversations. May you be encouraged by this report and it is our prayer that it would spur you on to want to come and join us yourself! Why not this weekend? 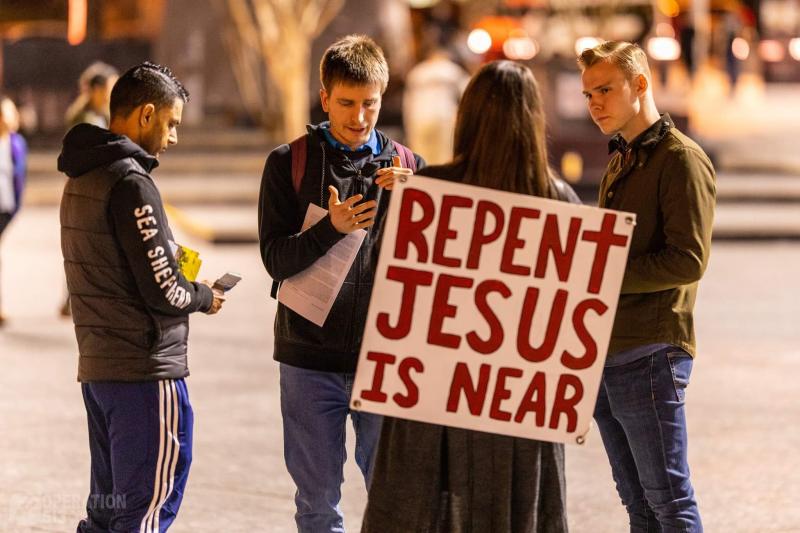 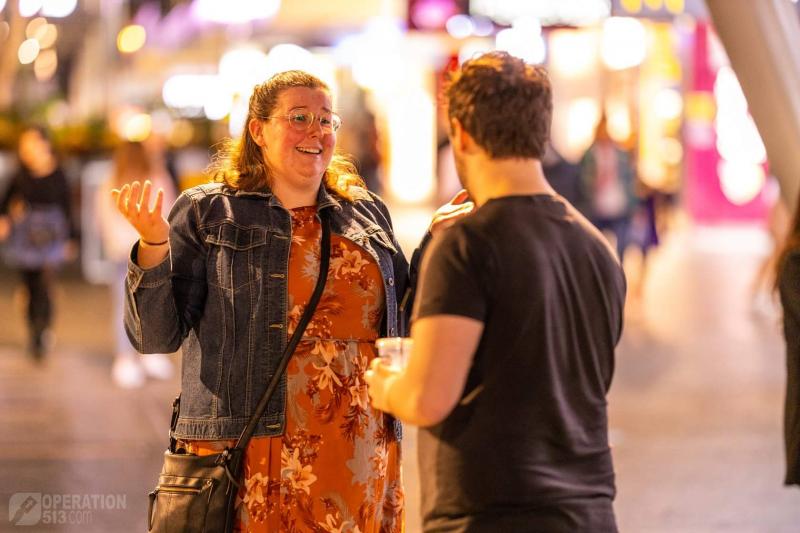 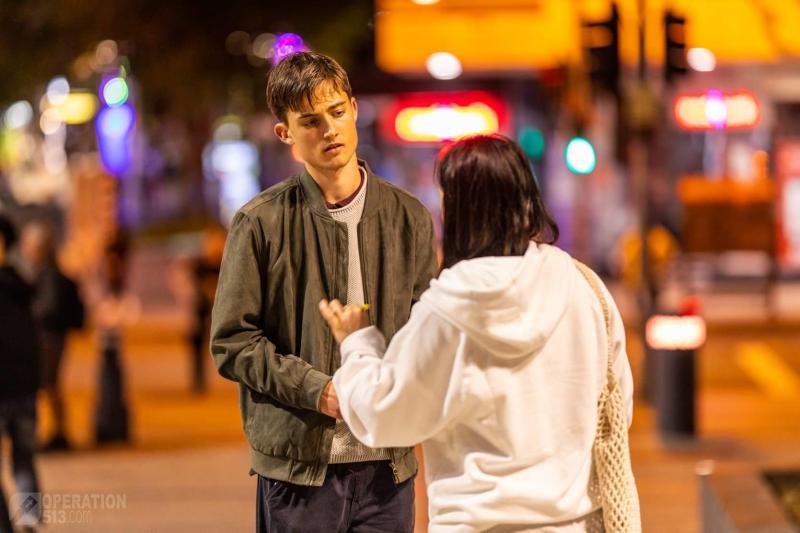 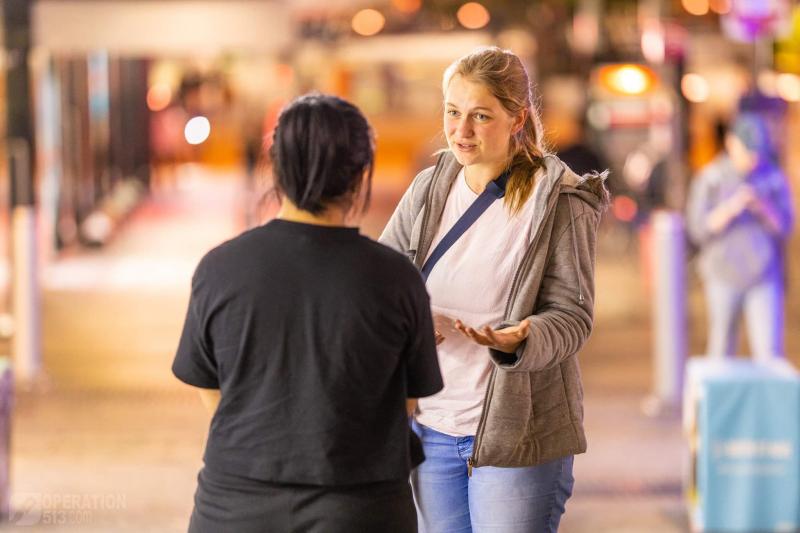 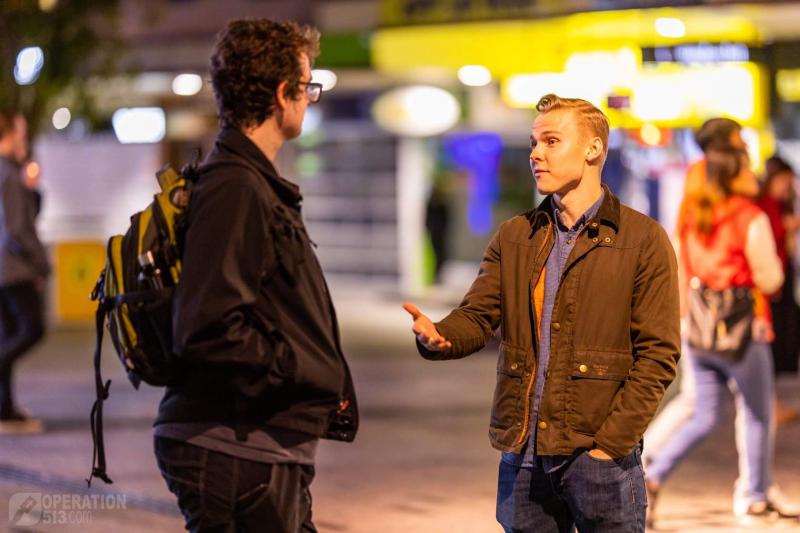 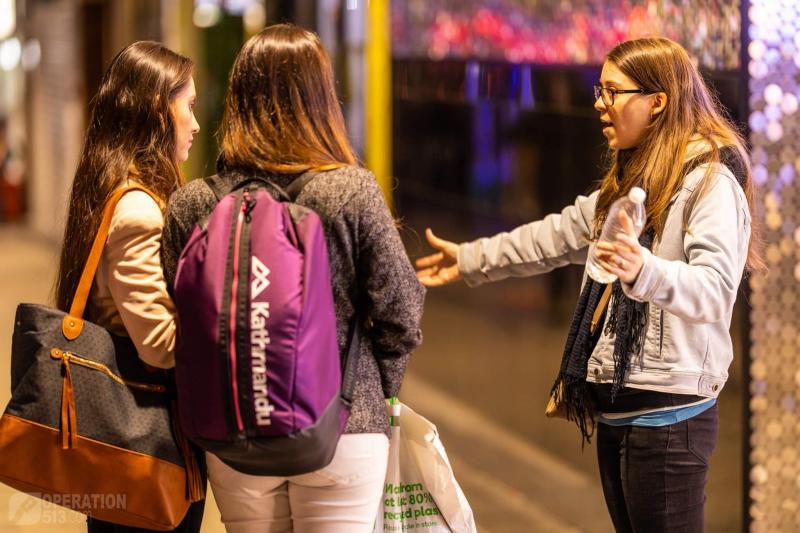 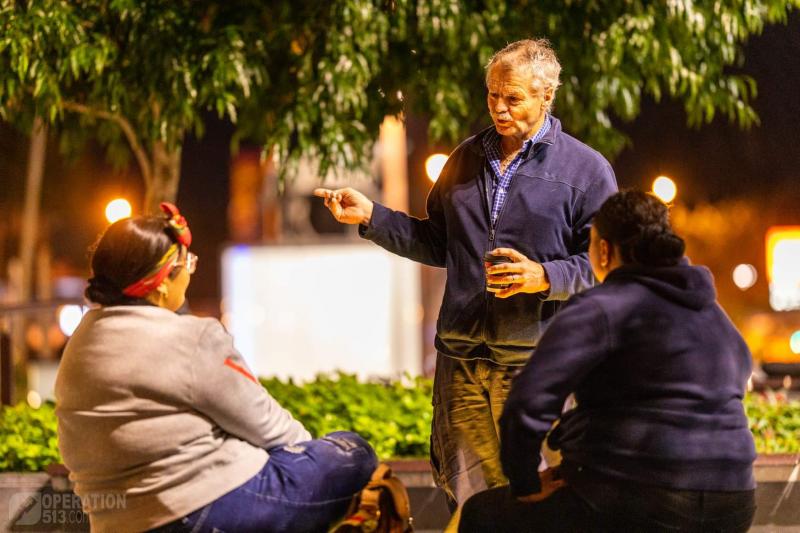 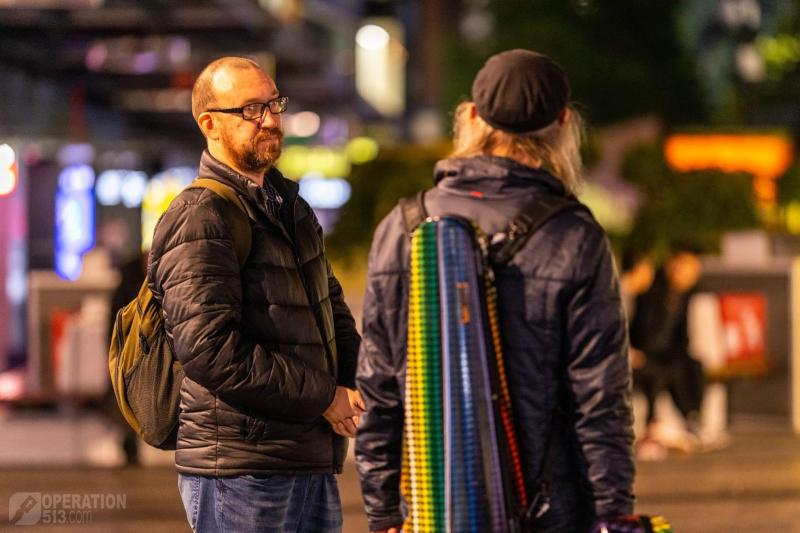