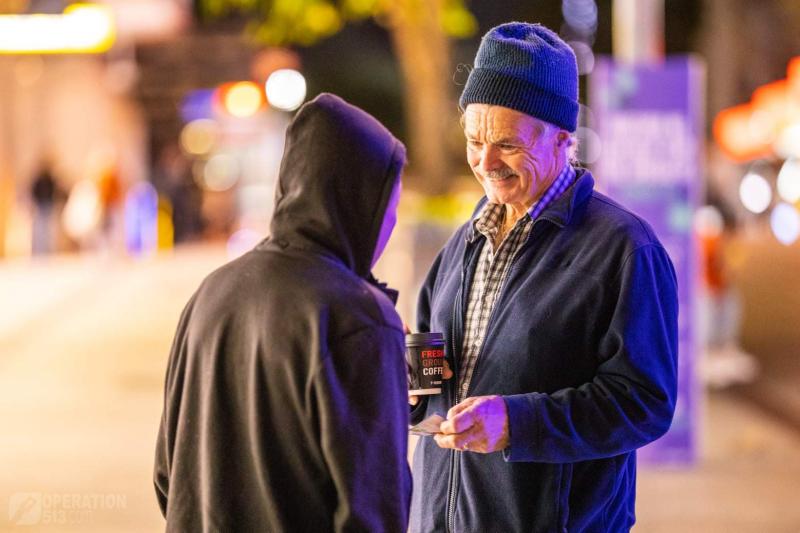 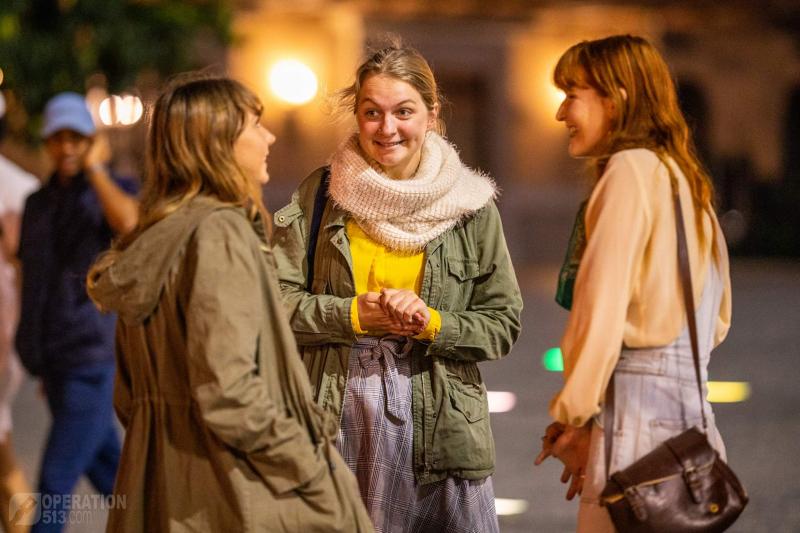 Friday night in Brisbane City was surprisingly quiet but that is beneficial, it is easier to get into conversations when people aren't rushing around everywhere.

An early conversation was with two girls who stated that they were Christians but when asked why God would let them into Heaven shared that they thought their goodness would be enough. Over a short converastion they came to hear the good news of the gospel and surprised that no one had explained it before. They took tracts and said they would have to read them!

The following conversation was with a young guy who came to grasp the gospel and just as he was being asked, "So when are you going to start trusting that..." his friends came in an dragged him away. Thankfully he had heard the good news already.

Another conversation was with two African ex-Muslims. In wanting to live their own way they had rejected Islam but they still were pretty sure they would be good enough for Heaven finally at one point one of the guys said, "By what you're saying no one gets into Heaven". To which it was affirmed that no one deserves to go, which is why God is the only one that could get someone there. They then came to grasp the gospel but stated that they didn't want it and it came down to their knowledge that it would change their lives and they weren't keen on that.

Next was a conversation with two Spanish men who had decent english but struggled to understand the gospel they just kept thinking it was their works. Then one of the men said they had to go and they might see me again. They left with tracts but not comprehending the good news.

Next was an exciting chat with Malik who was so interested in hearing the good news that at one stage when his friends were making a lot of noise he actually told them to quieten down so that he could hear. He came to grasp the gospel and was so thankful! He said he was keen to find out more and mentioned that he should read the Bible that he has. He was blown away by the good news and it seemed to really hit deeply!

Two Indian men then also came to grasp the gospel but they seemed less impacted but they did comprehend the simlicity of salvation. Then as the conversation ended, the two Spanish men were spotted walking by! They were approached and one guy said that they weren't really in the mood to chat, it was pointed out that this might be their last opportunity to ever think about it and they were asked if they knew the way to Heaven to which the said they didn't but were hoping for the best. A time limit of two minutes was given and after five or so attempts to help them grasp it in the last conversation, one final attempt was tried and in less than a minute they got it.

They were so thankful, surprised at the good news and said they were glad they had stopped. They were encouraged to read John's gospel and to check out the tracts they had in their pockets.

Praise God that He bought them back to hear and grasp it! Please be praying for all those who heard tonight, this small snippet are just some highlights from one team member, there were nine others out who had many exciting conversations! Praise God for the work He is doing through those who are His! Why not consider joining sometime, you'll be glad you did! 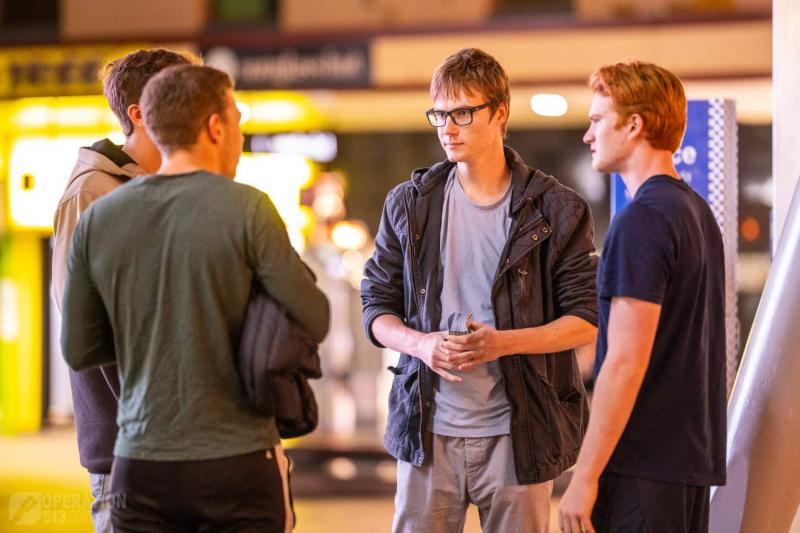 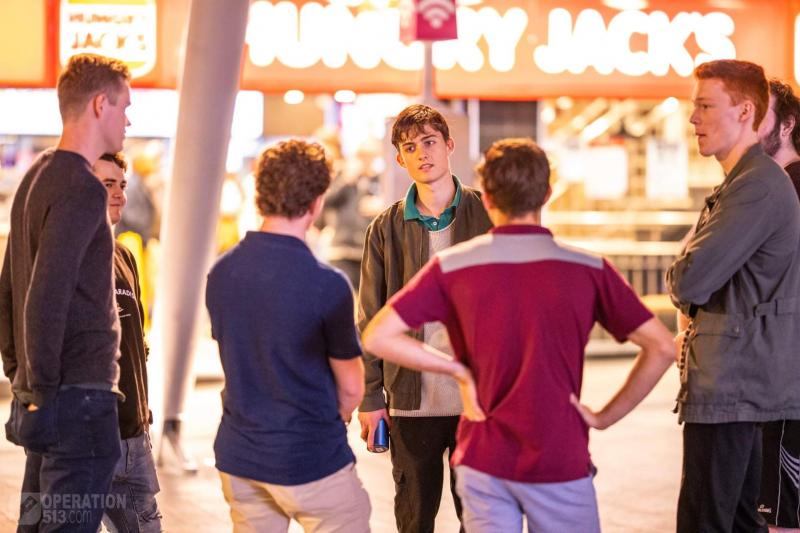 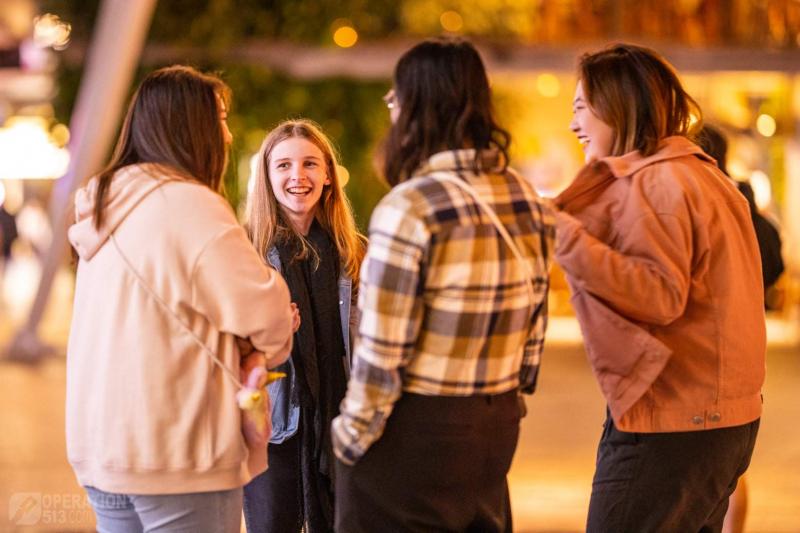 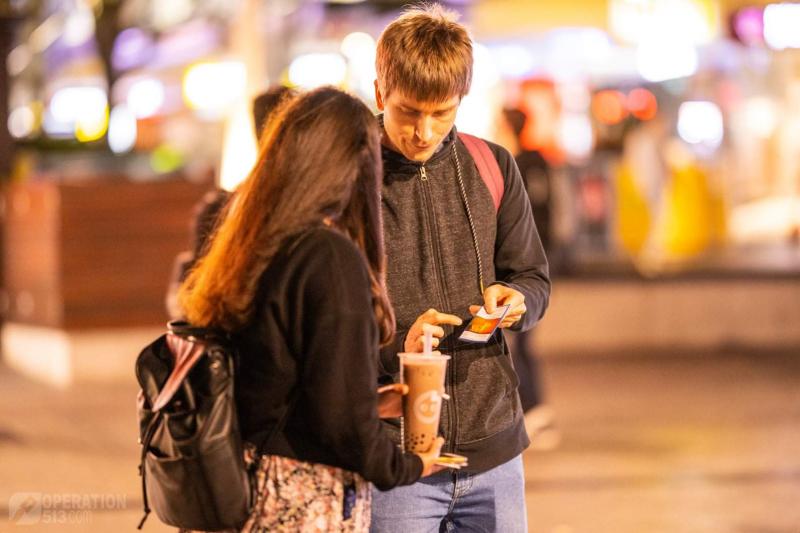 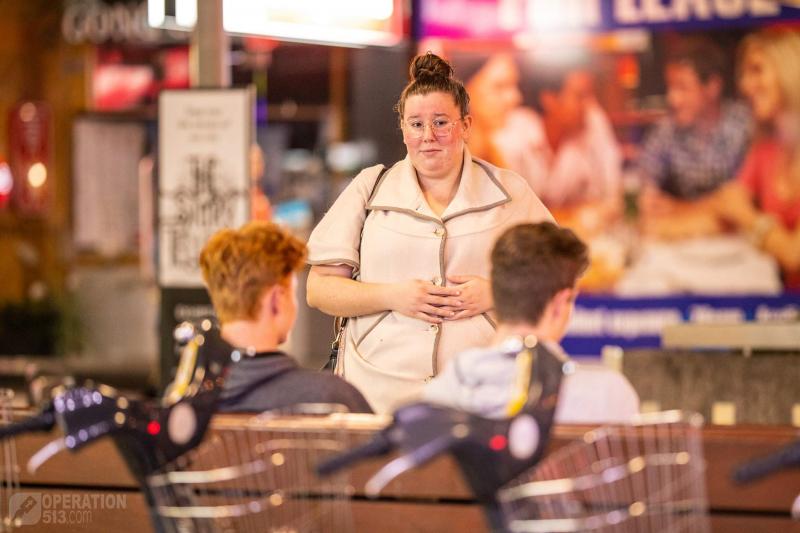 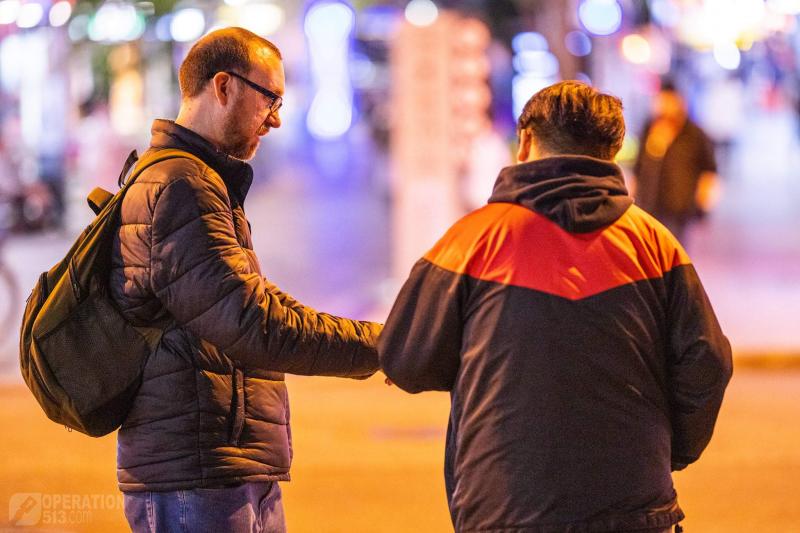