On Saturday night in Brisbane City, a team of eight, gathered to proclaim the excellencies of their God and King and despite there being less people out than usual for a Saturday, many gospel conversations were had and God was glorified!

Early on in the night were some funny conversations, there was a chat with a Spanish man who had little english who saw that God must exist but had to run, this was then followed by a man who said, "Hey, I think you've asked me this at Capalaba". This is an outreach the team hasn't done since Feb 2020, so the man must have a good memory but he didn't want to talk further and headed off.

Then came three conversations in a row that were very similar, all around 45minutes in length. The first was with Tom, a man who instantly when asked, "What do you think happens after we die?", responded declaring that he was a man of science, so there's nothing and his mind won't be changed. Over the next 45minutes he saw that it is not only logical to believe that God exists but it is actually the only possibility for the universe to exist, the way that it does, meaning it would be illogical to reject it.

He then was shown that His rejection of God isn't on the basis of what he can and can't know and was actually because he didn't want to know. Because if he was to acknowledge that there was a God, that would mean he isn't God and would be accountable to his Creator. Tom came to understand the gospel message as well and was able to explain it back in his own words but was adamant that it was just a nice opinion and he would keep living his own way. He was challenged with the seriousness of this as he didn't know the day that he would die and currently he was beliving something that is opposed to the evidence before him. He was thankful for the chat and headed on his way.

A very simiar conversation happened with Cameron who was even more explicit, he made it clear that although it was great news, the impact it would have on his life was something he wasn't interested in because he loved the pleasure of being able to live however he sees fit. He too was warned of the seriousness of eternity, especially in light of the fact that he was now very clear on the way to Heaven, meaning punishment would be more severe because He was also disobeying the direct command to respond in faith to the gospel.

Lastly was a conversation with four teenagers, two of them were very similar to Tom and Cameron but there were so very funny moments throughout, as Monale, the main antagonist against God's existence would make and argument, a resposne was given and he couldn't give defense to the response, so he would either change the goalposts or simply say, "that doesn't make sense" to which one of his friends kept pulling him up on saying, "You're just doing that because he showed you that you were wrong".

It was funny to see the others friends willingness to point out that his argument had been defeated, meaning he couldn't get away with simply ignoring what was said. Over the course of close to an hour these boys saw that God's existence is required, the our sin is wicked and deserving of Hell and the only hope of salvation is found in the God against whom they have rebelled. Three of them were able to explain the gospel in their own simple terms and saw that to trust in Christ as Saviour would impact their life and to reject Him was to choose Hell. They took tracts, were pointed to the Instagram and tiktok and were encouraged to consider seriously their eternity, because even though they are young they don't know the day that they will die.

Please be praying for these men, that God would kindly soften their hearts, draw them to Himself and give them the gift of faith that they my find their hope in Him alone! 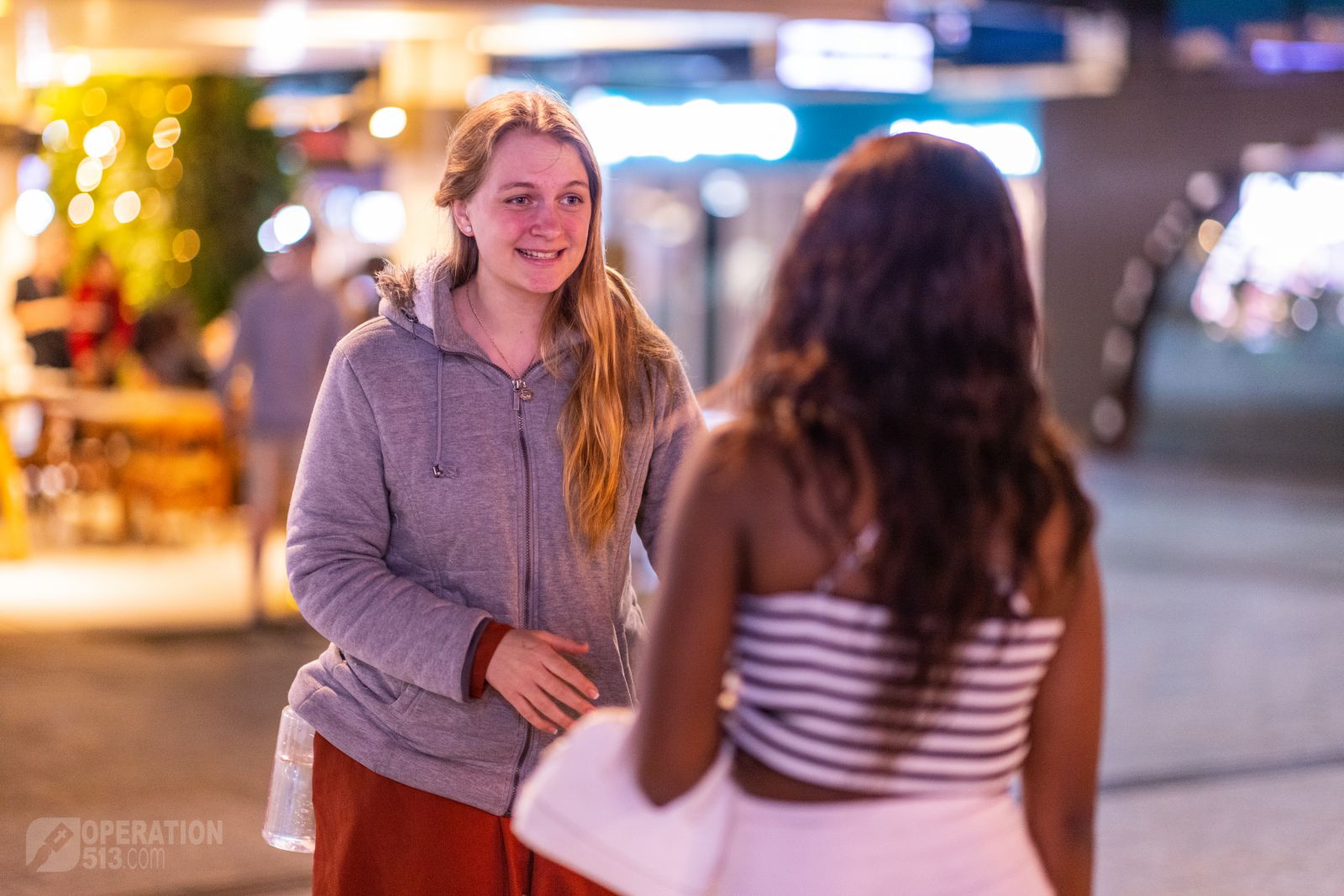 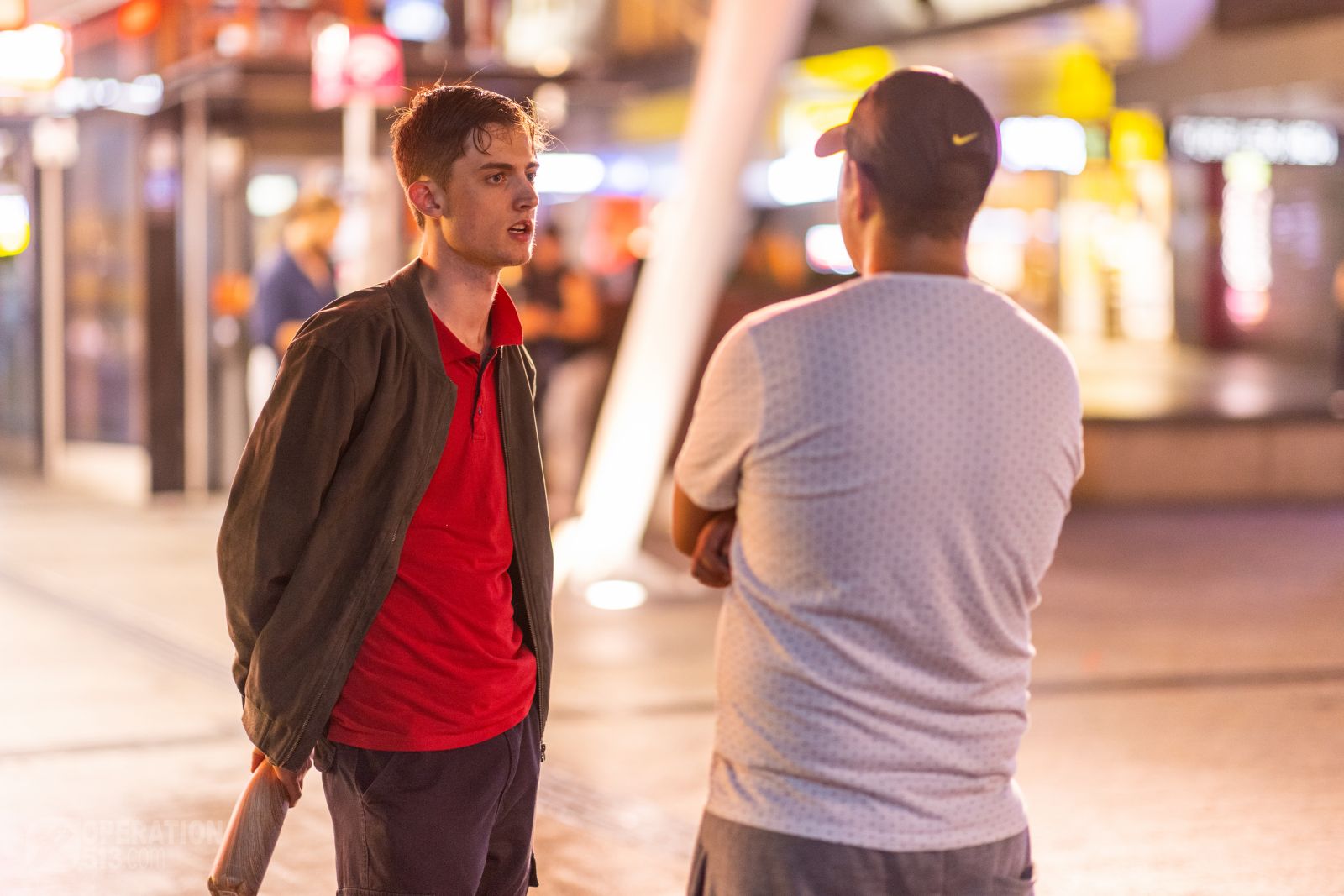